With 2019 already halfway over, it’s becoming painfully clear that Nintendo isn’t going to release a Game Boy Classic Edition to celebrate the console’s 30th birthday. The GBAConsolizer helps take some of the sting out of that gross oversight, letting Game Boy, GBC, and GBA fans enjoy their favourite titles in HD on a big screen TV—but you’ll need to bring your own games and a big stash of cash.

The Super Nintendo helped usher in the era of 16-bit gaming in the early ‘90s, but since the Game Boy was released the previous year, Nintendo created the Super Game Boy to bridge the two consoles. It was a special SNES cartridge that accepted Game Boy carts and allowed them to be played on a TV screen by piggy-backing on the Super Nintendo’s hardware. Later, the Game Boy Player accessory allowed for the same functionality using the Nintendo GameCube, but the results were still limited to just standard definition graphics. 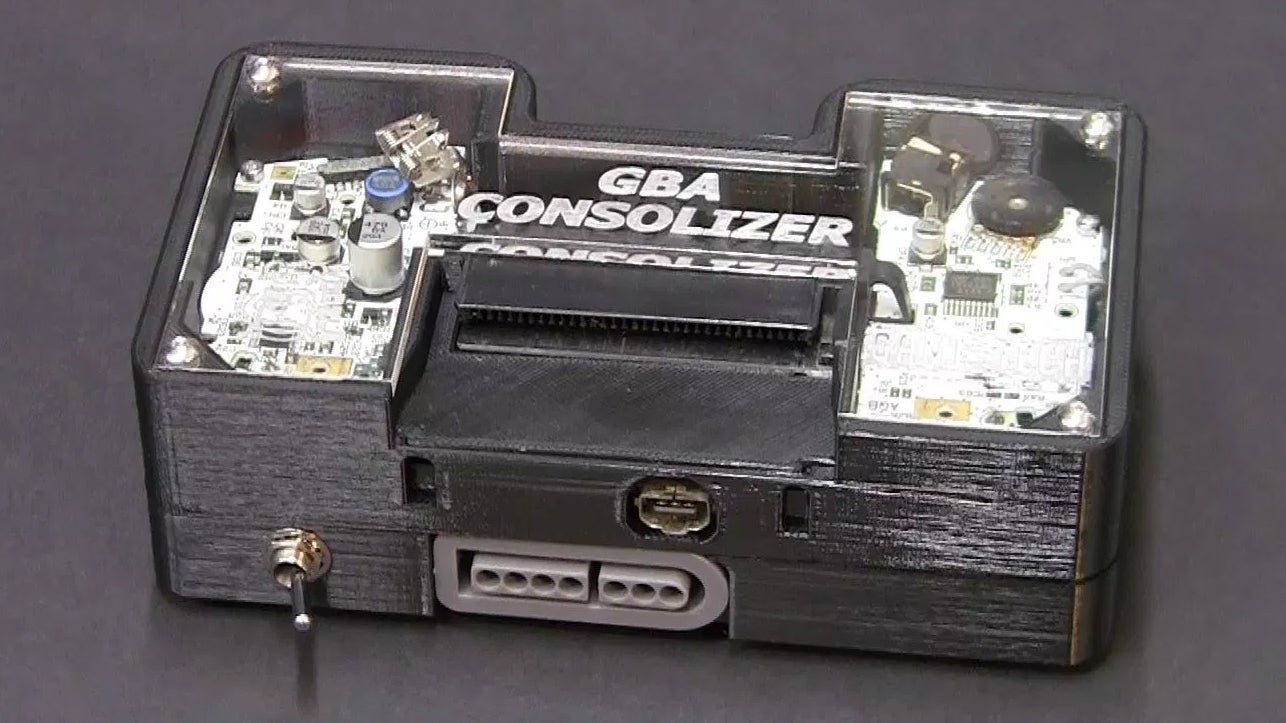 The GBAConsolizer recreates what the Super Game Boy and Game Boy Player could do, but in a standalone box that includes a handful of video tweaking options to help those old-school titles look as good as they can on a modern hi-def TV. You’re not going to fire up Pokémon Red on the GBAConsolizer and suddenly find its graphics on par with A-list titles running on the Xbox One or PS4, but the box will do simple scaling so the graphics fill your screen, and it can perform some rudimentary smoothing if you find that staring at super-sized aliasing burns your eyes. For monochrome Game Boy titles, the GBAConsolizer also allows you to tweak the colour palette which is a neat feature borrowed from the SNES’ Super Game Boy.

The console’s not the only way to play Game Boy, Game Boy Color, or Game Boy Advance titles on a TV; there’s hardware already on the market that let you do this, and you can even build your own using a Raspberry Pi. Those solutions all rely on emulation, however, whereas the GBAConsolizer uses the actual hardware from a Game Boy Advance handheld to run games. It’s been upgraded to support HDMI and to use a Super Nintendo gamepad as its controller. But as YouTube’s MetalJesusRocks discovered after trying out the hardware, the GBAConsolizer manages to vastly outperform emulators when it comes to eliminating any kind of gameplay lag.

Classic Game Boy and GBA titles play as well as they did on their original handheld consoles, and that’s probably what’s going to convince nostalgic retro gaming devotees to drop $350 (£282) on this little box. Given the GBAConsolizer is a made-to-order console, and because it’s dependent on the guts from a handheld that’s no longer in production, it’s going to cost you more than even an Xbox One, PS4, or a Nintendo Switch—and it doesn’t come with a single game. Unless you’re making money by streaming your love of retro gaming on Twitch, you might just want to learn to live with the limitations of gaming through an emulator.