Rooster Teeth Is Teaming Up With DC For RWBY and gen:LOCK Comics

Rooster Teeth has evolved over its fifteen-year history from boutique creator of Halo parodies to major production house for a young adult-oriented animation niche that they fill pretty fabulously.

Now, DC Comics is getting in the action, taking Rooster Teeth’s two biggest franchises, RWBY and gen:LOCK, and adapting them into digital comics form, DC announced via press release.

First, RWBY, the story of a group of young warrior women fighting evil in an elaborate fantasy world, will be adapted into an ongoing by writer Marguerite Bennett (Power Rangers), collaborating with artists Mirka Andolfo (Unnatural) and Arif Prianto (Deathstroke). Meanwhile, Collin Kelly and Jackson Lanzing (Green Arrow) will co-write gen:LOCK with art by Carlo Barbieri (Green Lanterns). gen:LOCK, which is a mecha show that’s pretty compelling and would work well in comic form.

Both books are set to launch later this year, with RWBY coming in late August and gen:LOCK in September. Both books will start as twice-monthly digital comics, to be later collected as monthly print issues. Jim Lee will draw variant covers for both debut print issues, in case you ever wanted to see Ruby’s giant red gunscythe drawn by Jim Lee (and honestly, why wouldn’t you?).

Below is the standard cover for RWBY #1, via DC. 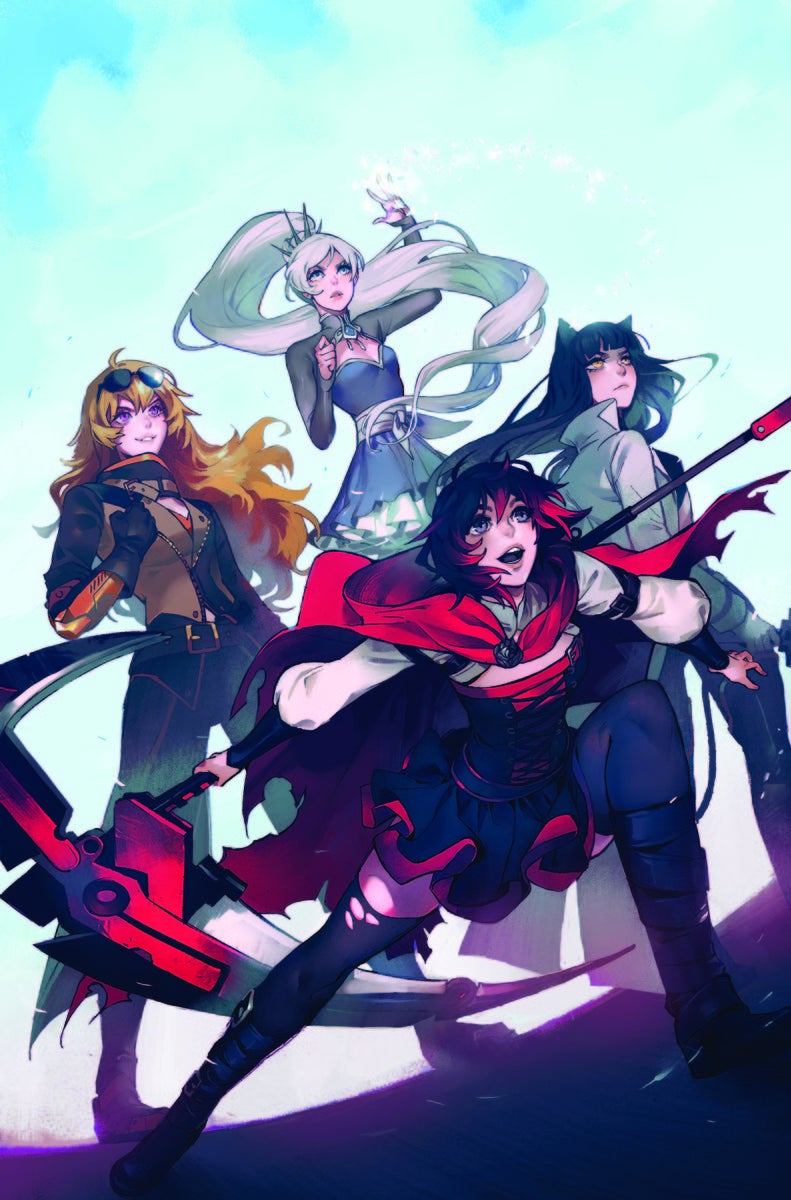 Cover for RWBY #1, artist not given. (Illustration: DC Comics)