Satellite Images Show Vast Swathes of the Arctic On Fire

Vast stretches of Earth’s northern latitudes are on fire right now. Hot weather has engulfed a huge portion of the Arctic, from Alaska to Greenland to Siberia. That’s helped create conditions ripe for wildfires, including some truly massive ones burning in remote parts of the region that are being seen by satellites.

Pierre Markuse, a satellite imagery processing guru, has documented some of the blazes attacking the forests and peatlands of the Arctic. The imagery reveals the delicate landscapes with braided rivers, towering mountains, and vast swaths of forest, all under a thick blanket of smoke.

In Alaska, those images show some of the damage wrought by wildfires that have burned more than 640,000 hectares of land this year. Huge fires have sent smoke streaming cities earlier this month, riding on the back of Anchorage’s first 32 degree day ever recorded. The image below show some of the more remote fires in Alaska as well as the Swan Lake Fire, which was responsible for the smoke swallowing Anchorage in late June and earlier this month. 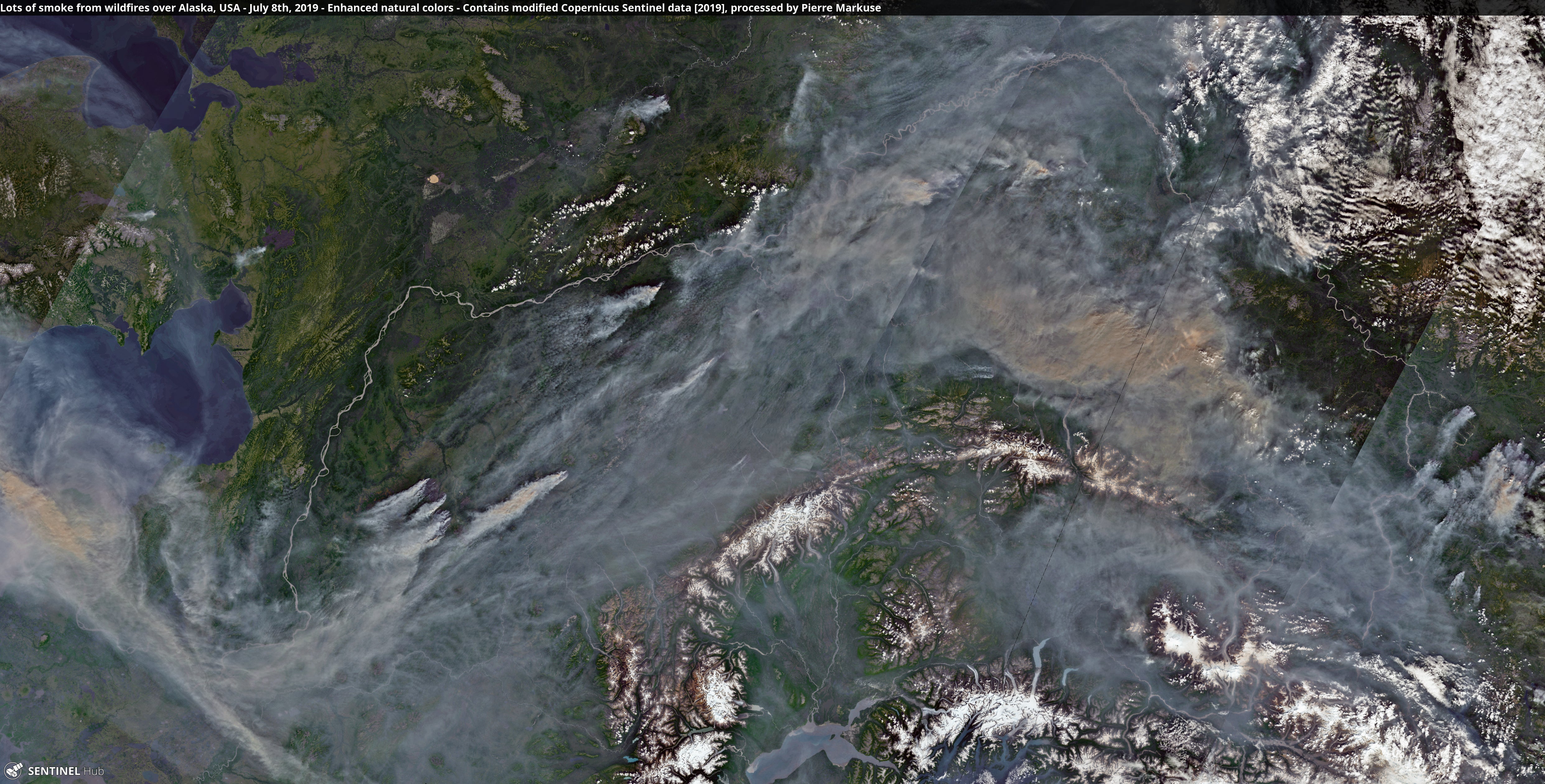 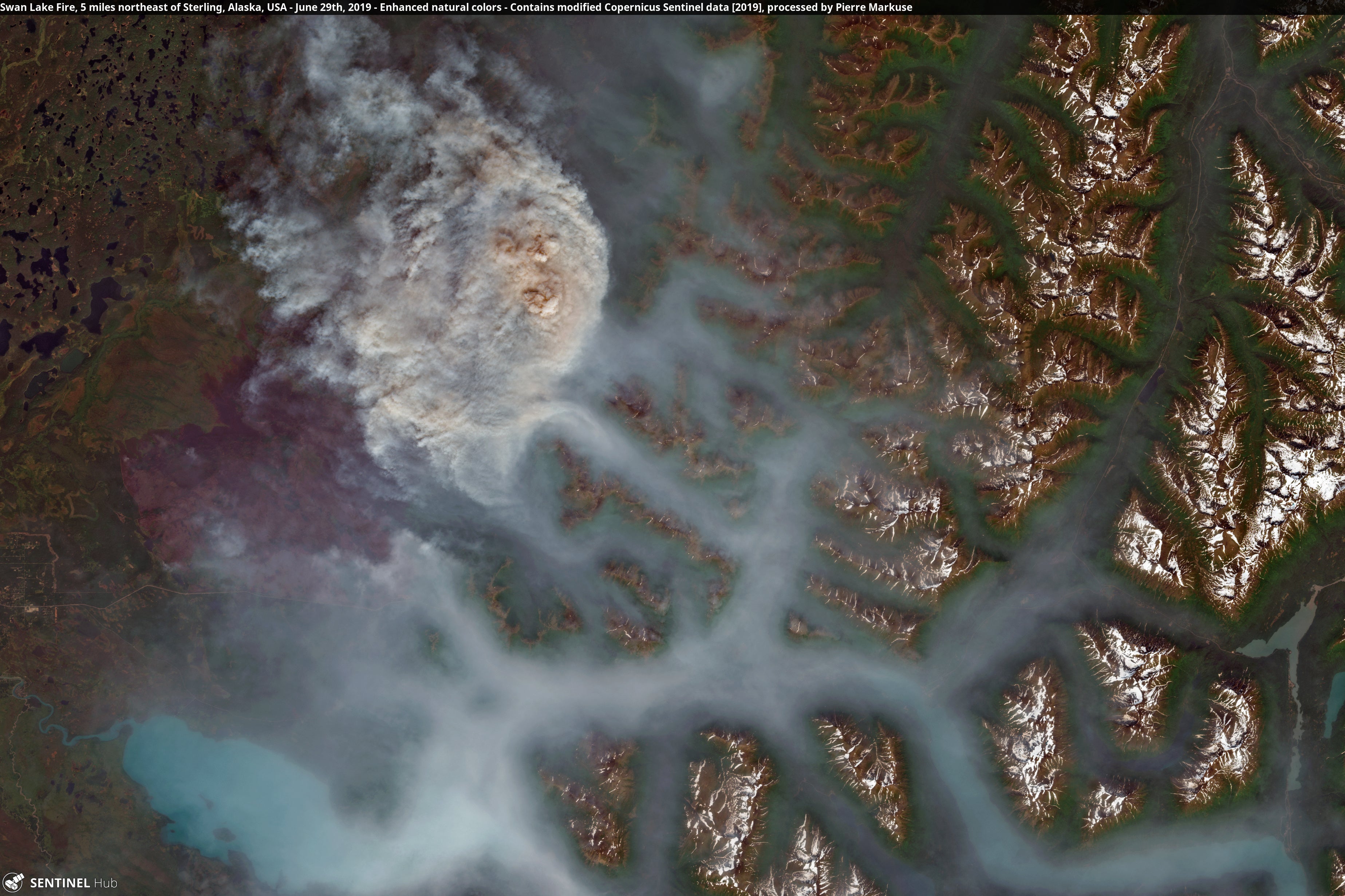 Intense hot conditions have also fanned flames in Siberia. The remote nature of many of the fires there means they’re burning out of control, often, through swaths of peatland that’s normally frozen or soggy. But as Thomas Smith, a fire expert at London School of Economics, noted on Twitter, there are ample signs the peat dried out due to the heat and is ablaze. That’s worrisome since peat is rich in carbon, and fires can release it into the atmosphere as carbon dioxide. Peat fires can also burn underground into the winter and reignite in spring.

The images below show fires in Batagay in central Siberia and the region’s Lena River. 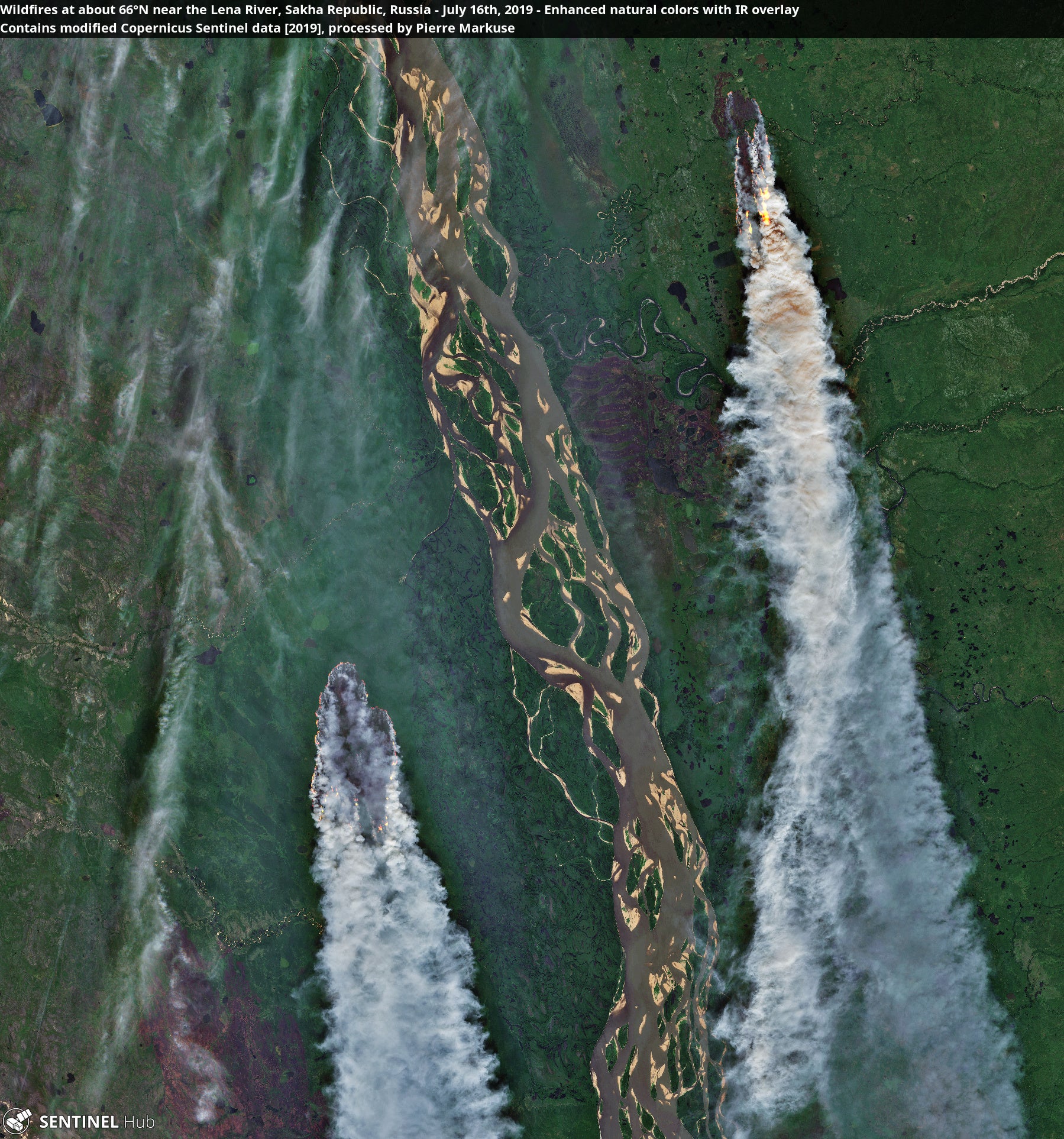 Then there’s the weird fire that sparked up in Greenland last week. A landscape known more for its ice, this is the second time in the past three years a wildfire has ignited in western Greenland. There are very few historical precedents for these types of blazes, and though they’re not on the scale of what’s happening in Siberia and Alaska, they’re yet another symptom of an Arctic transitioning into a more volatile state as the planet warms.

All told, northern fires released as much carbon dioxide in June as the entire country of Sweden does in a year, according to data crunched by the European Union’s Copernicus program. The agency said the wildfire activity is “unprecedented” amidst what was, incidentally, the hottest June ever recorded for the planet with the Arctic particularly sweltering. All that carbon dioxide released by fires represents one of the scarier feedback loops of climate change as hot weather ensures more fires, which releases carbon dioxide and makes climate change worse. The boreal forest that rings the northern portion of the world is witnessing a period of wildfire activity unseen in at least 10,000 years, and this summer is another worrying datapoint.