Despite now requiring a mastery of Roman numerals to tell each iteration apart, Sony’s new RX100 VII introduces some important upgrades to bolster the camera’s capabilities as a compact video shooter including real-time eye-tracking autofocus while capturing footage, and for the first time, a dedicated connector for an external microphone. 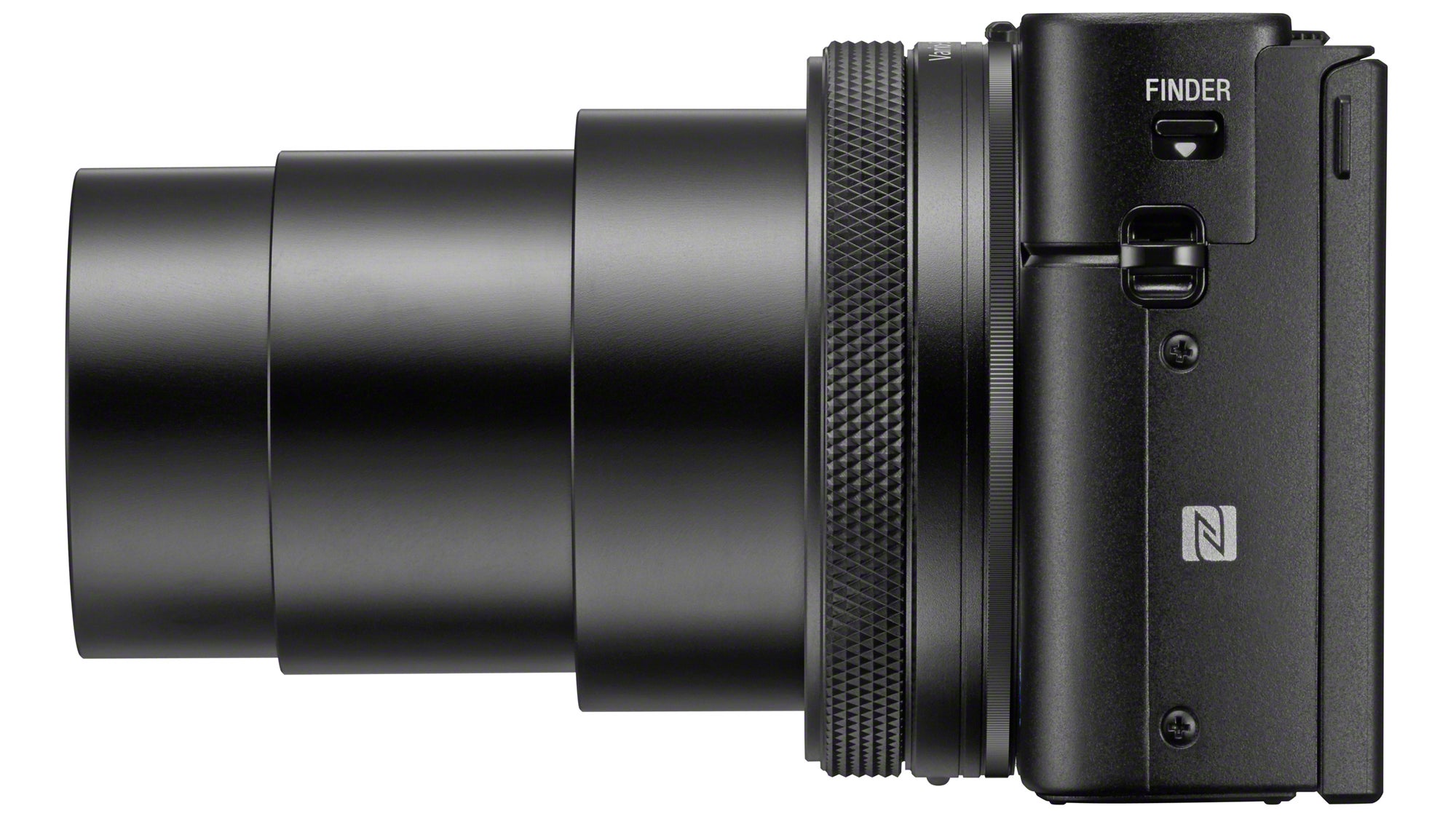 There’s a lot of zoom packed into this pocket-friendly camera. (Photo: Sony)

The RX100 VII keeps the monstrous but fully retractable 24-200mm f/2.8-4.5 zoom lens of its predecessor, the VI that was introduced a little over a year ago. But it now pairs it with a new 20.1-megapixel stacked CMOS image sensor and improved buffering allowing users to capture up to 20 full-frame stills per second without viewfinder blackout so it’s easier to keep a moving subject framed. The RX100 VII can actually capture up to 90 frames per second, but it’s limited to seven-shot bursts before you have to release and re-press the shutter button to capture another burst, according to DPreview, who’s already gone hands-on with the new hardware.

The latest RX100 has also been updated with Sony’s recent autofocus improvements. The VII now uses 357 tracking and autofocus points, compared to 315 with the VI, and it can lock onto a subject in just 0.02 seconds which is a full 0.01 second faster than its predecessor. Just think of how much time you’ll save on a photoshoot. Sony also claims the RX100 VII is the first time the company’s real-time autofocus tracking is being implemented in a compact camera, automatically focusing on the eyes of human or animal subjects so a photographer only needs to worry about proper framing, the company promises. 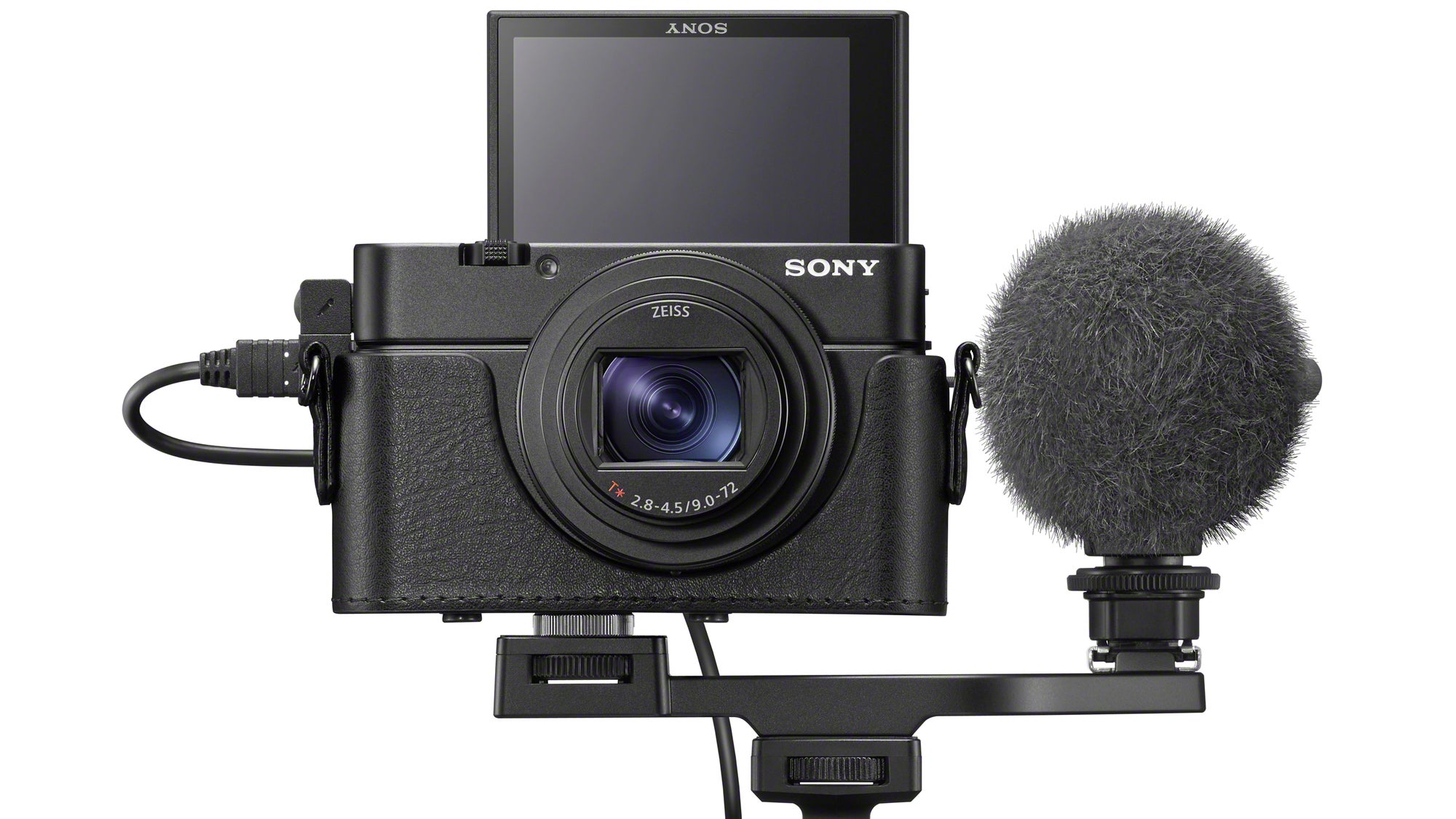 Video shooters can finally take the RX100 line more seriously with the introduction of a microphone port on the VII. (Photo: Sony)

It’s the upgrades made to the RX100 VII’s video capabilities that will make it even more interesting as an all-around shooter. In addition to the afore-mentioned 3.5-millimetre microphone jack, the VII includes improvements made to both digital and optical image stabilisation while capturing 4K video at 30 frames per second, 120 frames per second at 1080P, or up to 960 frames per second with the video resolution dropped considerably lower than HD.

The VII also adds real-time tracking and eye autofocus while recording video, which will be especially useful with an external mic that won’t capture the sounds of the camera’s internals in the process. Rounding out the improvements is a built-in software intervalometer for capturing timelapse photography without the need for purchasing and downloading a separate app to the camera, as well as a new shooting grip kit targeted at vloggers.

The Sony RX100 VII will ship sometime in August for £1,200, which is the same price as the VI which will undoubtedly see a price drop in the coming months as a result. But that shooting grip kit will add an extra £110 to the bottom line.