The Boosted Scooter Is a Blast

Electric scooters are dangerous. It seems like you can’t go a day without seeing a scary story in the news reminding the world of this fact. People die riding these things. So it wasn’t surprising when Boosted emphasised safety in announcing its new e-scooter. The £1,600 Boosted Rev has three brakes, wide handlebars, fat tyres, and a bombproof frame. It also has a top speed of 24 miles per hour, which as I learned after two weeks riding the Rev, is as thrilling as it is terrifying.

What is it?: An electric scooter
Cost: £1,600
Like: Super sturdy and fun to ride
Don't like: Very heavy!

What’s remarkable about the Boosted Rev is that I never felt especially unsafe on it. In terms of stability, it felt like riding an electric bike while standing up. The handlebars are basically bike handlebars, and they are positioned in such a way that riding felt familiar. There’s a throttle wheel on the right side that lets you speed up and slow down. (It resembles the design of Boosted Board’s remote, but it’s easier to use, in my opinion.) Meanwhile, the sturdy build and beefy tires handled the rough city roads better than I expected. It did take a bit of practice to turn my legs into shock absorbers since the Boosted Rev doesn’t have much of a suspension system. Yet, I haven’t even come close to falling off or crashing the scooter once.

I can’t say the same thing about the Boosted Board, the company’s signature electric skateboard. In reviewing the past two generations of Boosted Boards, I got my ass kicked. Seriously, I’ve come close to breaking bones on every single Boosted Board I’ve ever tried. The scooter is something different, though. The handlebars certainly help balance-deprived dorks like me.

You can ride the Boosted Rev for many miles at a time. The company says its range is up to 22 miles on a single charge, though that estimate is most accurate if you’re travelling at slower speeds and avoiding hills. The Rev has three ride modes that limit your speed and acceleration. Although it took a few days, I ultimately felt confident in Mode 3, where the top speed is 24 miles per hour. Riding around the city over an entire day—crossing bridges, climbing hills, and getting stuck in traffic—meant that I killed the battery after about 11 miles, which was fine because I made it home before the scooter was completely out of juice.

While I realise that a lot of people might want to ride the Rev to work and back, I enjoyed it most for quick jaunts around the neighbourhood. That excellent sandwich shop that’s a little bit too far to walk was suddenly a quick and easy trip on the Rev. I could also lock the scooter to a pole without too much fear that someone would find a way to steal it. The construction is complicated enough that even a savvy thief would be able to figure out how to wrangle it out of a U-lock, although Boosted insists that it’s simple enough to maintain yourself. I didn’t have to make any repairs, but the idea of it doesn’t intimidate me. It surely helps that I have a lot of experience fixing bikes.

What was less convenient was moving the Rev around when I wasn’t riding it. The scooter weighs a whopping 46 pounds, which might not sound like a lot to a weightlifter, but the scooter form factor makes the weight tough to manage when you’re picking it up or trying to stash it in the corner of your flat. The Boosted Rev does fold up, which is nice. There’s a switch on the front that you can disengage with one hand, and then the handlebars drop down and clip to the fender slash stomp brake that goes over the back wheel. Then, you can pick the whole situation up like a suitcase. Again, it’s heavy—a little heavier than I wanted it to be when going up and down many flights of steps.

Speaking of brakes, I mentioned that the Rev has three. One is simply a regenerative brake built into the throttle wheel on the right handlebar. You push the wheel forward to go forward, and pulling back slows you down while also recharging the battery a little bit. There’s also a disk brake on the left handlebar that works just like the ones on mountain bikes. The stomp brake over the back tire feels like an emergency solution, but one I’d be happy to have if the other two brakes failed. I found the regenerative brake to be the most intuitive and effective of all three options.

It might go without saying that feeling good about stopping on the Boosted Rev is more important than accelerating. This was something that always bugged me about the Boosted Boards. It was so easy to go fast, and somehow I always screwed up while slowing down, usually by putting a foot down when I was going too fast and then doing several flips on the pavement. Learning to ride the Boosted Rev, by contrast, just felt more natural. Again, it’s probably because it resembles a bike, and I’ve ridden a lot of bikes in my day. But really, I think that the overall sense of security it offers comes from simply being a sturdier, more thoughtfully designed vehicle. The handlebars help, too. 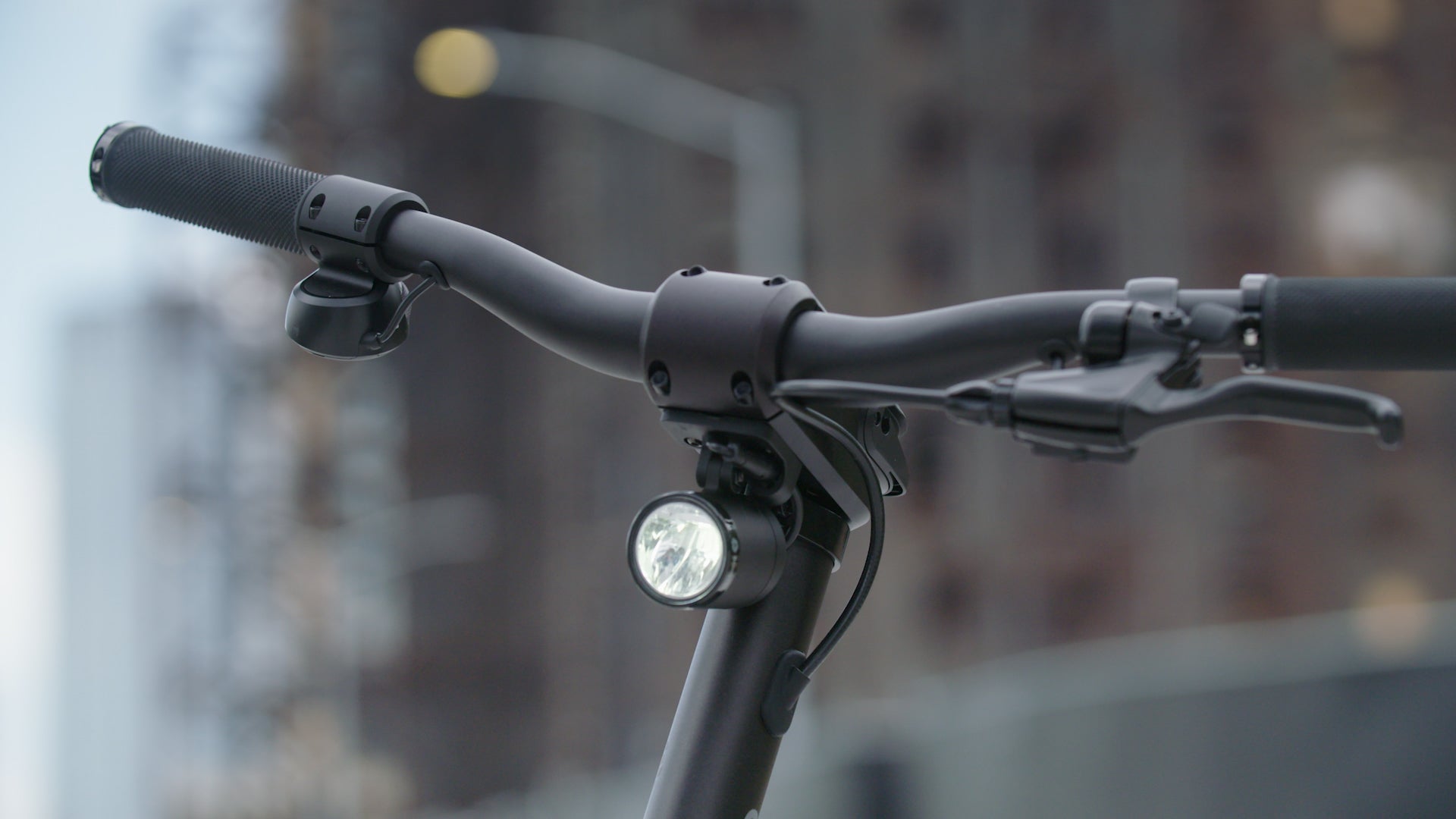 The Boosted Rev is just the latest model in a huge trend of electric scooters. Bird, the company famous for renting deckless scooters to people that don’t know how to ride them, is set to start selling scooters you can actually own later this year. Unagi is already selling its electric scooters, after a successful Kickstarter project late last year. We actually reviewed this model late last year, and while it works fine in some situations, it also feels terribly flimsy. The plastic-covered Unagi with its narrow handlebars and thin wheels felt like a toy in comparison to the Boosted Rev. In a way this is good news for the larger e-scooter movement. It was impressive back then that you could actually buy and ride an electric scooter for miles at a time. But if the Boosted Rev becomes the new model to beat, that means that the entire industry will keep making safer, sturdier scooters in the long run.

Looking at the news and the other electric scooters on the market ultimately made me appreciate the Boosted Rev more. Sure, I had a blast tooling around the city on the thing. I love how much easier it is to run errands when I have an on-demand electric vehicle that I can lock to a street sign. It’s even been fun talking to other scooter enthusiasts about how we must look goofy riding these things, but heck, they are so convenient. The Boosted Rev is also, generally, a blast. 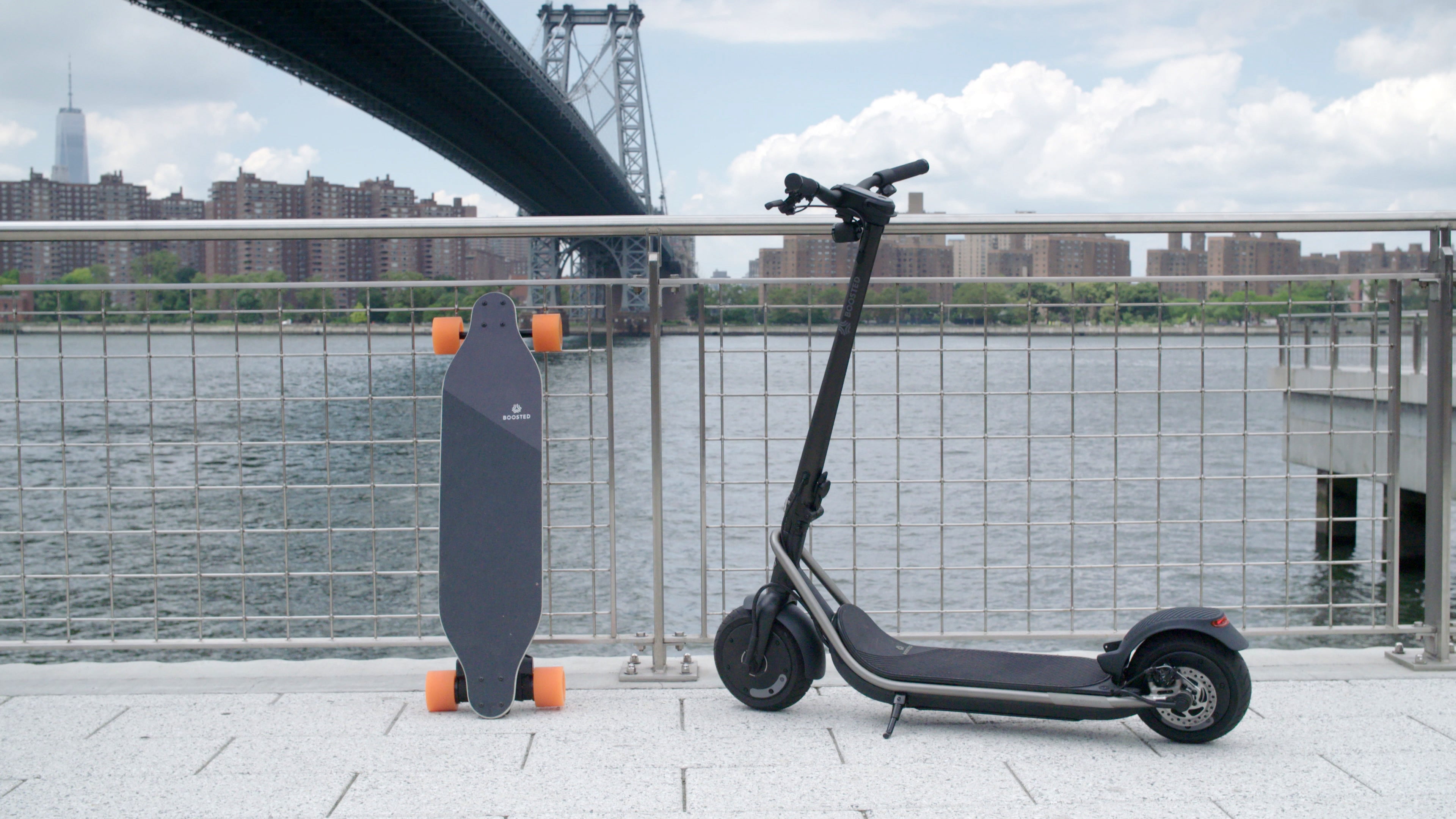 It’s an expensive blast. For £1,600, you could buy two Unagi scooters. You could buy a pretty decent used car or half of a VanMoof electric bicycle. You could do a lot of things with £1,600, but I guess what I’m trying to say is that it’s not such a huge price, when you really consider the Rev as your primary mode of transportation. It’s a fun one, too, and possibly safer than other electric scooters out there. At the end of the day, any electric scooters are dangerous, as are electric skateboards and all kinds of bikes. So if you do ride one, please wear a helmet.