The VR Revolution Is Alive and Well, It's Just Not Ready For Your Living Room (Yet)

When HTC and Oculus launched their first-gen virtual reality headsets back in the spring of 2016, it felt like the beginning of a revolution. These headsets were immersive and sophisticated, unlike anything the public had seen before and a leap forward from disasters like Nintendo’s cursed Virtual Boy. But when you fast forward three years to now, VR headsets still aren’t commonly found in arcades or schools. Unless you are one of the rare VR evangelists, you probably don’t have a VR headset in your home.

So what happened? Has VR been forgotten and left for dead alongside tech like curved TVs and laser discs? No, not quite, but the proving ground for VR has shifted – from homes of early adopters with powerful desktop PCs to the labs and training stations of Fortune 500 companies. You haven’t missed anything, the driving force behind VR innovation has just moved.

Numerous VR companies have created dedicated enterprise VR divisions. HP has one. Varjo makes the VR-1 aimed exclusively at the enterprise sector. Just a few weeks ago, HTC announced its Vive Enterprise Solutions department to support commercial applications for VR hardware and software. And then consider the tangentially related Microsoft HoloLens 2, which for the time being, remains a gadget strictly targeted at big business. (Unfortunately, this includes military applications).

For the average person, this might be sound disappointing, but really, it all comes down to economics. VR is expensive. Headsets like the Vive Pro and Valve Index cost between £650 and £800, and even more affordable standalone headsets like the Oculus Quest cost £320. Unfortunately, unlike traditional game consoles, no VR platform has enough content to satisfy people’s entertainment needs completely. Budget constrained consumers might be forced to choose between buying a new TV, console, PC or a VR headset. And more often than not, traditional alternatives win out. On top of that, using VR is more taxing than watching TV or playing games on the sofa or at a desk. From my experience, I feel like an hour in VR is equal to three or four hours worth of traditional entertainment, both physically and mentally. 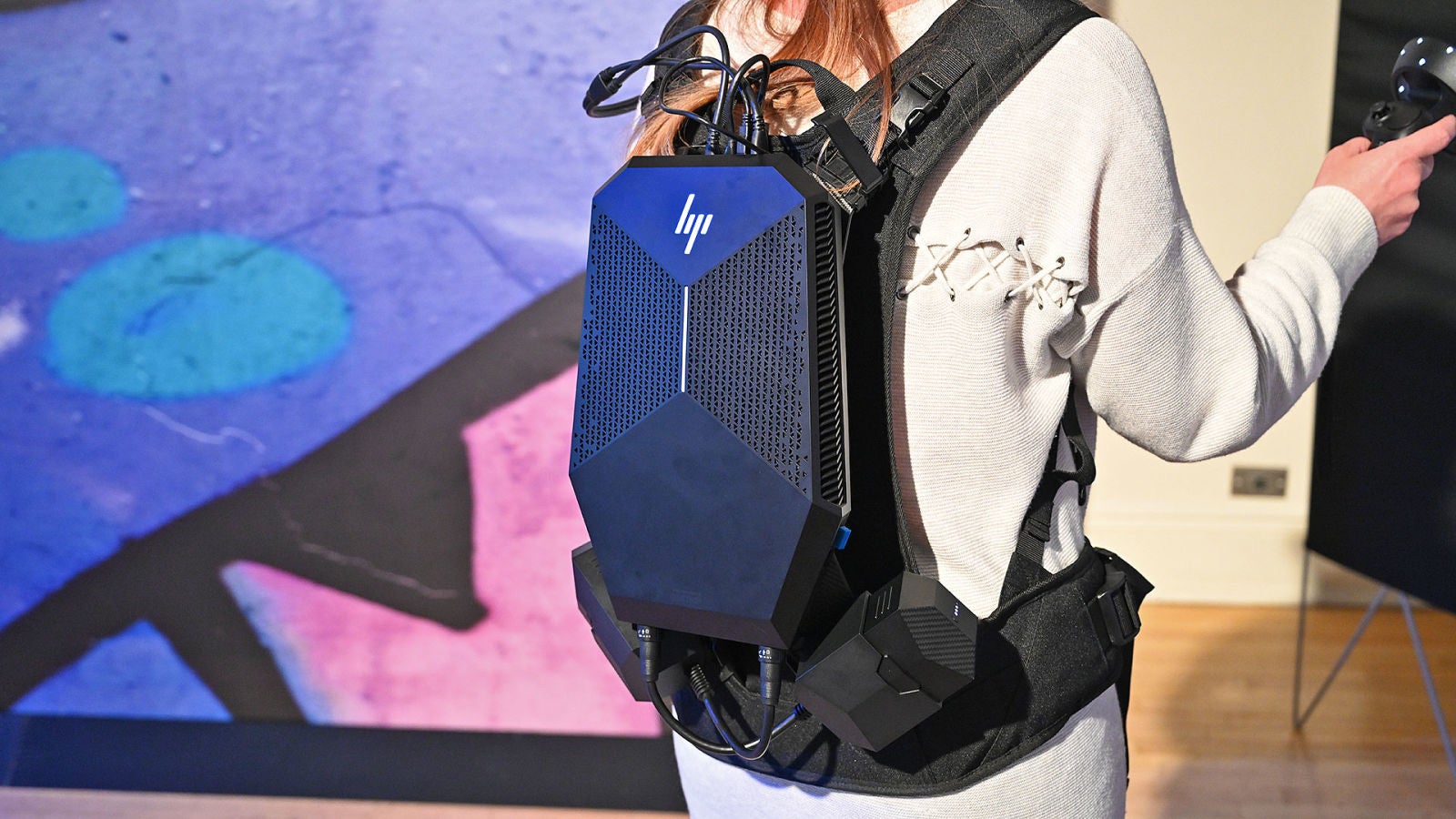 Think about it in terms of value. £400 or £800 is a lot for an average person to spend on niche entertainment tech, but for a large enterprise, it’s small change. For the same cost as flying one engineer out to a job site or production facility, a company could buy a VR headset. That’s not to say that VR isn’t a significant investment – the biggest cost of VR is maintaining all the support systems needed to utilise the tech properly. But it’s possible to see how the numbers might add up.

VR can also be a useful training tool. For example, instead of showing a person a presentation about safety guidelines and regulations, you can drop someone into a simulated environment and have them respond to a simulated emergency. I’ve experienced this first hand in a training tool used to remind builders about the importance of checking their harnesses for damage and making sure their lifeline is always properly attached to a nearby structure. When the bottom dropped out on some rickety scaffolding, I felt my guts rise into my throat. That’s a much more visceral lesson than PowerPoint slide will ever be.

Making VR content is hard, and very few people have the expertise or tools to design their own VR experiences. With their much larger budgets, enterprises can hire entire teams to create bespoke software for their individual needs. And with that experience, they can more easily contribute to a shared knowledge used to develop future applications. 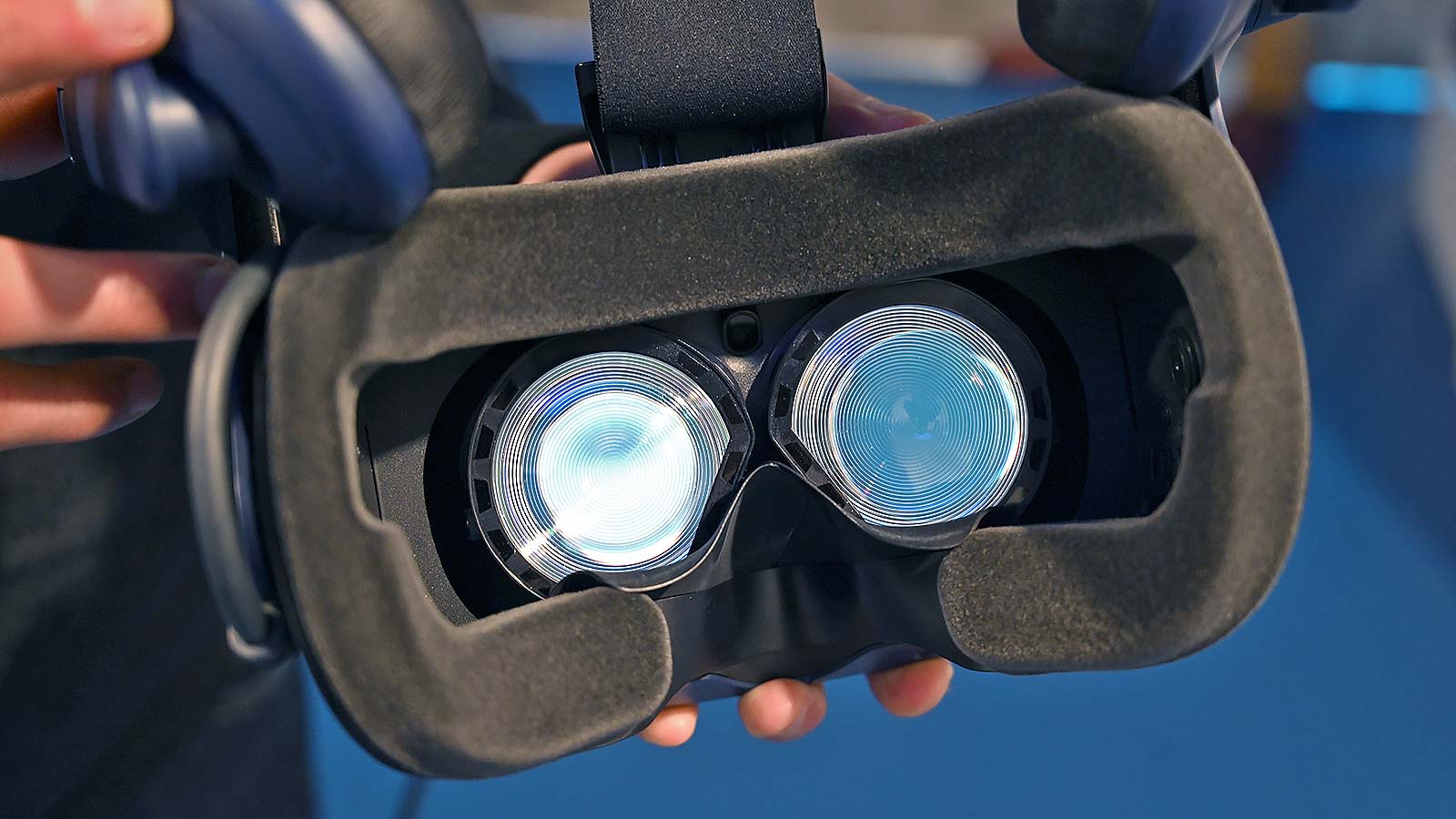 The eye-tracking in the Vive Pro Eye allows you to control and navigate menus by looking at virtual buttons. Foveated rendering allows the headset to use less graphics power generating images outside of your cone of vision.

A few weeks ago I had the chance to talk to Dan O’Brien, HTC Vive’s head of Enterprise solutions. He told me that the company is still very much focussed on creating consumer VR products like the upcoming Vive Cosmos. But a lot of VR innovation is now coming from demands on the enterprise side, which was one of the driving forces behind the development of the Vive Pro Eye.

Furthermore, O’Brien remarked that the way people first interact with VR is changing. Previously, someone might experience VR through something like Google Cardboard, a Samsung Gear VR or, rarely, at the urging of a friend who owned a PC-based VR headset. But now, people’s first experiences with VR are happening at the office, where VR poses immediate utility.

It simply doesn’t make sense for most companies to develop VR content that only caters to a tiny consumer user base. Three years after the birth of modern VR, when you ask people for the best games to play, you generally get two answers: Beat Saber or Super Hot VR. And while these titles are great, among many others like Moss, Lone Echo or the beautiful mess that is VR chat, it still doesn’t feel like there’s a single killer VR app. VR is still waiting for its Citizen Kane, its Super Mario Bros., or World of Warcraft – an experience that transforms the capabilities of the platform into a memorable experience you can’t get anywhere else. 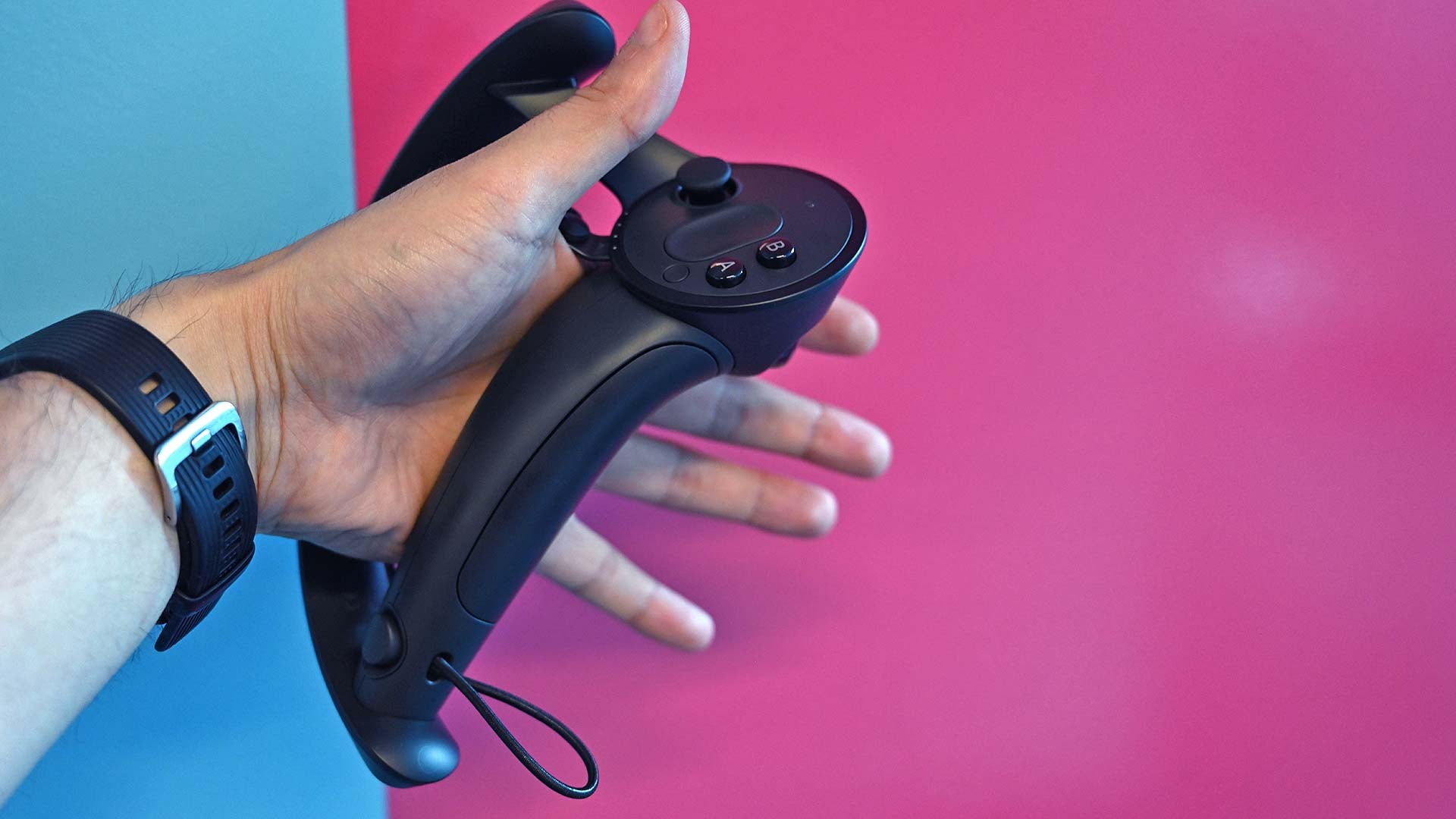 Inside each Valve Index controller are the 87 sensors that allow it to track the movement of your hand and even individual fingers.

Now even with all this, I don’t want to sound pessimistic about the future of VR. Just look at all the advancements we’ve seen in the last year, like foveated rendering, the launch of multiple standalone VR headsets, improved inside-out tracking, eye-tracking, and, now, the hand and finger recognition on the Valve Index.

The 2160 x 2160 (per eye) resolution on the HP Reverb has even been able to eliminate the “screen door effect”. Though on a headset with a resolution that high, new visual artifacts crop up, like the ability to see where the four corners of a pixel intersect, which appear as very faint dots in the headset’s optics. But this is just an example of how one solution brings on more challenges.

Unlike in economics, the trickle-down effect actually does happen in tech, and it’s working in the VR field. And just because companies aren’t coming out with new consumer headsets every six months doesn’t mean VR is dead. It’s just going to take a bit longer to become mainstream than people initially thought. Be patient, your VR dreams are still alive and well. And in the meantime maybe venture to a VR arcade if you can. Yes, they exist, and they are a blast.