14 Years Ago, Matador Painted a Surprising Serial Killer Story in a Rainbow of Colour

Whether it’s superheroes, historical fiction, or survival horror, you can tell any kind of story in comics. More importantly, because comics require freezing specific instances in time, creators can play with expectations from moment to moment. Matador—by Devin Grayson and Brian Stelfreeze—does that exceedingly well, focusing on a police detective whose world turns inside out after meeting a contract killer thought to be an urban legend. 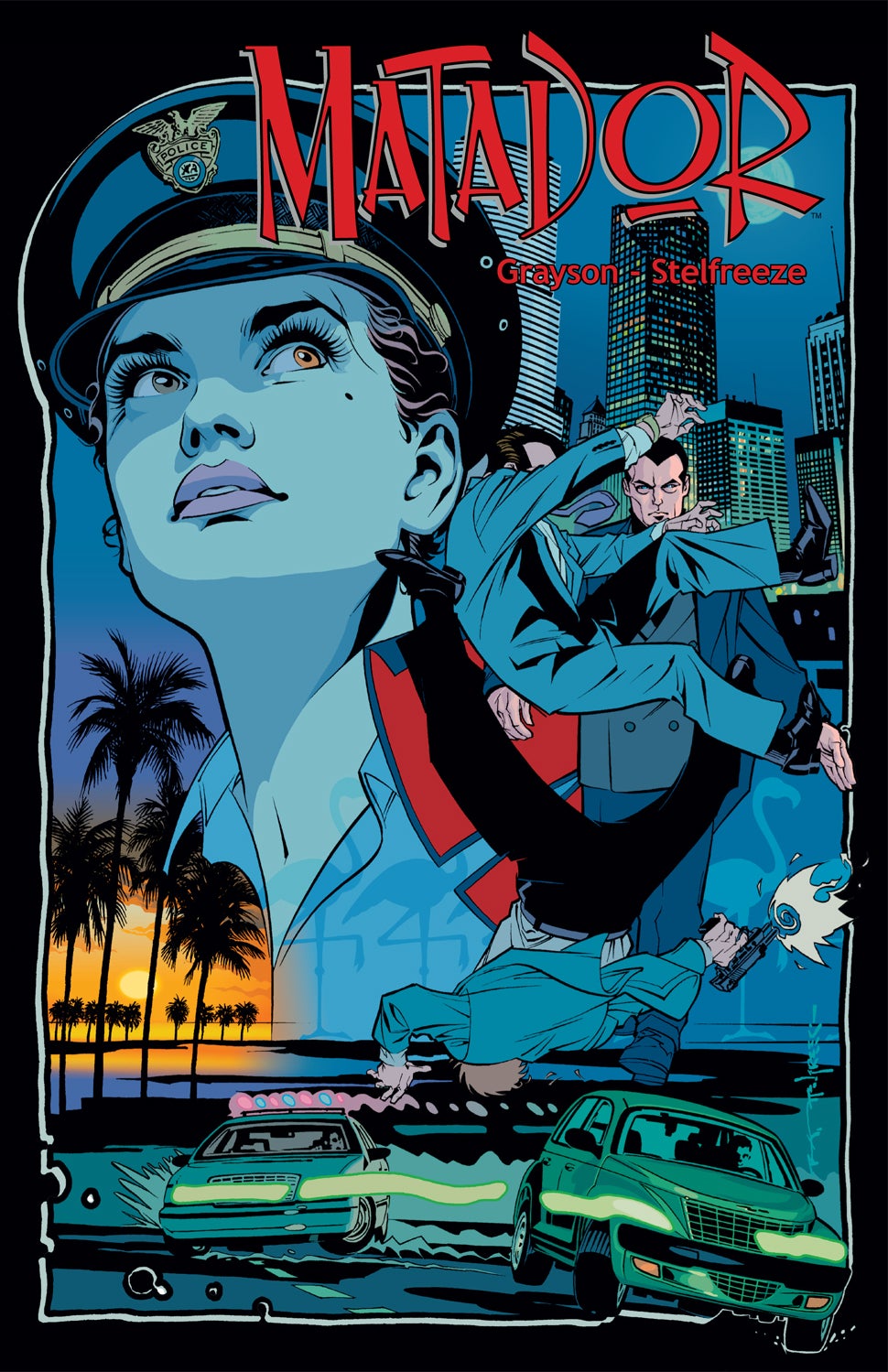 I missed Matador the first time it came out, as a 2005 miniseries under the Wildstorm imprint. The rights went back to Grayson and Stelfreeze—joined by letterers Pat Brousseau and Phil Balsman, and colour artists Lee Loughridge and Michelle Madsen—who released it earlier this year as a graphic novel through Image Comics. I wanted to read Matador because I really enjoyed Devin Grayson’s mid-‘90s tour of duty at DC Comics, especially as a writer working for the Bat-office. Her work on Batman: Gotham Knights and Nightwing showed a keen understanding of the psychological underpinnings of the Bat-family, and a willingness to experiment in search of new perspectives for long-established characters.

I wanted to look at Matador because, to my mind, Brian Stelfreeze is one of comics’ most unsung geniuses. [Disclosure: though I was lucky enough to have him draw the covers for Rise of The Black Panther, I don’t really know Brian and have been content to continue to admire his craft from afar.] Primarily known for his stellar work on covers, Stelfreeze’s art style has evolved and complicated during the intervening years. Interiors are relatively rare for him, so Matador holds a special interest for that reason, too. 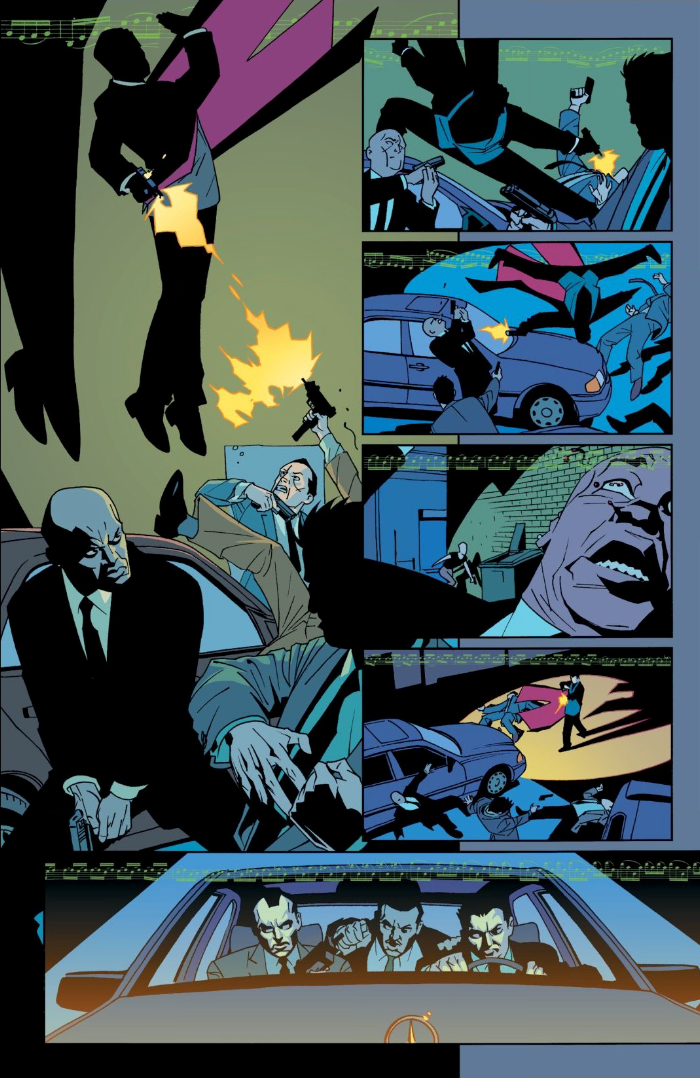 The story’s main character is homicide detective Isabel Cardona, an outlier constantly getting hit on, and jostled, by the locker-room bro culture of the Miami police force. After she gets assigned to a high-profile multiple murder case, events pull Isabel into the orbit of the Matador, and thrust her into a web of secrets that changes her life.

One of the biggest strengths of comics as a storytelling medium is how supple it is, and that flexibility is in full bloom in Matador. There’s a playfulness to Stelfreeze’s sprightly minimalist linework, resulting in layouts and scene-staging that belies Matador’s subject matter. That aforementioned playfulness feels contingent on a certain kind of meta-awareness, an assumption that readers will have experienced a story like this before. So it’s fun to pick up on the soupçon of neo-noir tropes, Hong Kong gangster-flick gun-fu, and nods to cop-TV classics Homicide: Life On the Street and Hill Street Blues. Stelfreeze frames most of the panels from a close or medium point-of-view, often populating the pages with characters flitting about a workplace in sequence or fiddling with props.

Matador hinges on two extremely wild reveals. So it makes an inverse kind of programmatic sense that the book’s visual presentation leans so heavily on the quotidian textures of police procedurals. Grayson and Stelfreeze spend a lot of time showing the reader how cops talk to each other every day, full of rules-following, machismo, and posturing. The two big plot twists are concerned with existences that burrow and writhe underneath the workaday police world and, when you go back and read Matador a second time, dozens of little clues jump out at you. For example, moments where characters touch props almost always signal another layer of story laying in wait. 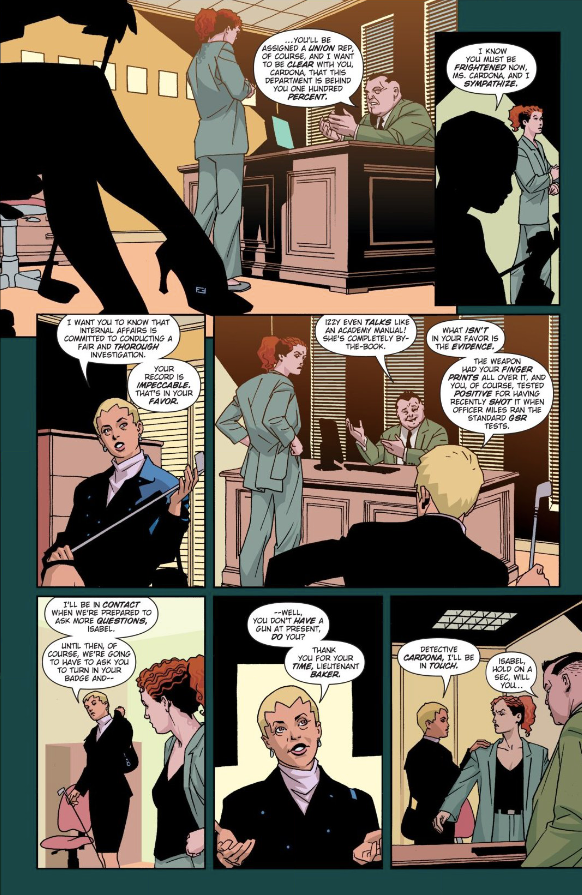 Matador’s stunning colourwork also foreshadows deeper character dynamics while making the book a joy to look at. Stelfreeze, along with Loughridge and Madsen, saturates the pages with a pastel-centric palette that pays homage to the sun-drenched setting of Miami. But they also use graduated variants of those same colours to frame the seedier elements of the story and world.

The perfect-beach-day blue of a scene at the docks also blooms in the irises of the killer-for-hire title character. During the same meeting at the docks, the sky turns to a blazing orange, matching the wild colour given to Isabel’s eyes. These creative choices turn the reader into a detective, too. More playfulness, again. 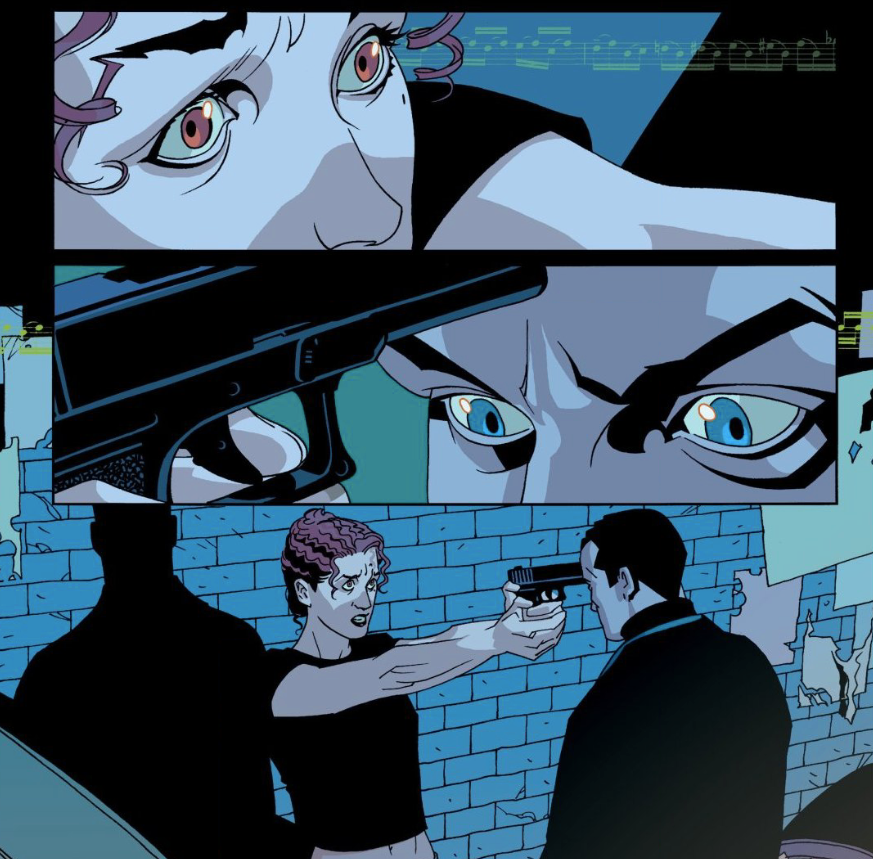 The blue on this page is a call back to the Matador... (Image: Brian Stelfreeze, Pat Brousseau/Image Comics)

There’s a smirk inside Matador’s plot thematics, too. When the story starts, Cardona is a heroine on the fringes of systems of power. Her life changes when she finds out the true routes that power takes, a discovery sparked by her first encounter with the Matador. An odd thematic kinship with the Matador blooms because he too exists on the fringes, despite being more instrumental to that power’s machinery. In ways that are immediately obvious and shockingly revealed later, the mythical assassin that Cardona encounters is the polar opposite of the men she works alongside. 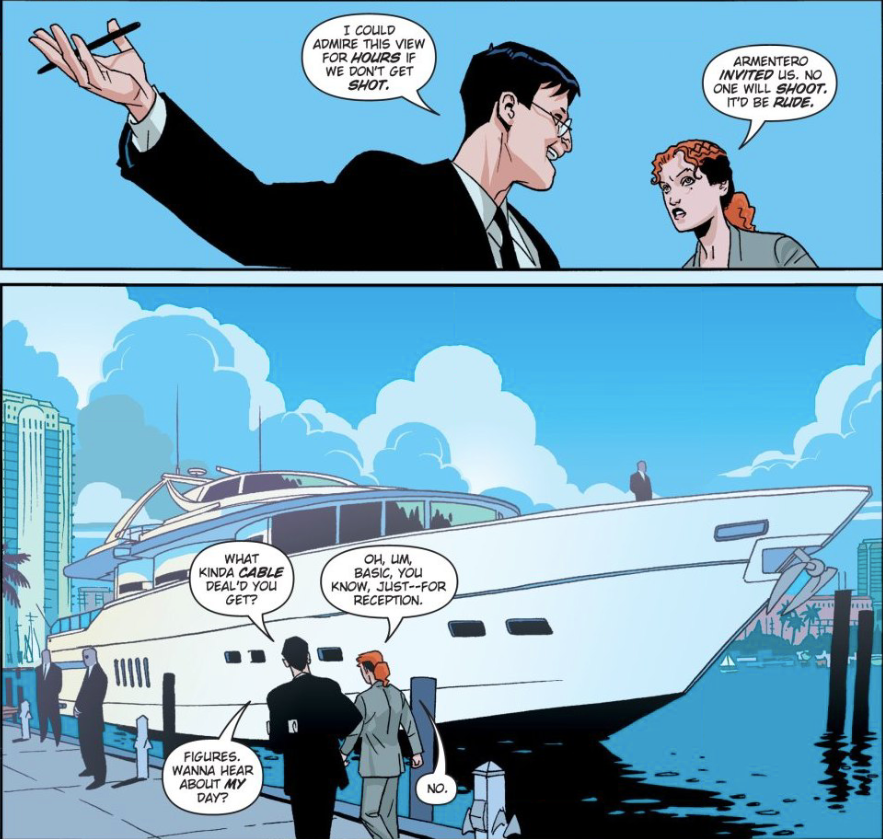 Matador seems like a straightforward thriller at first. But, pulling it apart and staring at its inner workings reveals how it deconstructs the component parts of the everyday and seeds a wealth of hints in its panels. The end result is a crafty bit of collaboration that’s greater than the sum of its parts, like the very medium Matador belongs to.