A Mexican Physicist Solved a 2,000-Year Old Problem That Will Lead to Cheaper, Sharper Lenses

It’s a problem that plagues even the priciest of lenses, manufactured to the most exacting specifications: the centre of the frame might be razor-sharp, but the corners and edges always look a little soft. It’s a problem that’s existed for thousands of years with optical devices, and one that was assumed to be unsolvable until a Mexican physicist developed a mind-melting formula that could revolutionise how lenses are manufactured.

On paper, a curved glass lens should be able to redirect all the rays of light passing through it onto a single target known as its focal point. But in the real world, it just doesn’t work that way. Differences in refraction across the lens, as well as imperfections in its shape and materials, all contribute to some of those light rays, especially those entering the lens near its outer edges, missing the target. It’s a phenomenon known as spherical aberration, and it’s a problem that even Isaac Newton and Greek mathematician Diocles couldn’t crack.

New improvements in design and manufacturing, including the use of additional aspherical lenses that can help counteract and correct the spherical aberration effect, mean today’s lens-building techniques come very close to producing uniformly sharp images. These lenses don’t have a perfectly spherical shape and can be very expensive and difficult to manufacture and design as lens makers essentially have to experiment and come up with a different aspherical shape for every application.

But that’s all going to change thanks to Rafael G. González-Acuña, a doctoral student at Mexico’s Tecnológico de Monterrey. After months of work, he managed to come up with a mind-melting equation that provides an analytical solution for counteracting spherical aberration, which had been previously formulated back in 1949 as the Wasserman-Wolf problem which stumped scientists for decades. 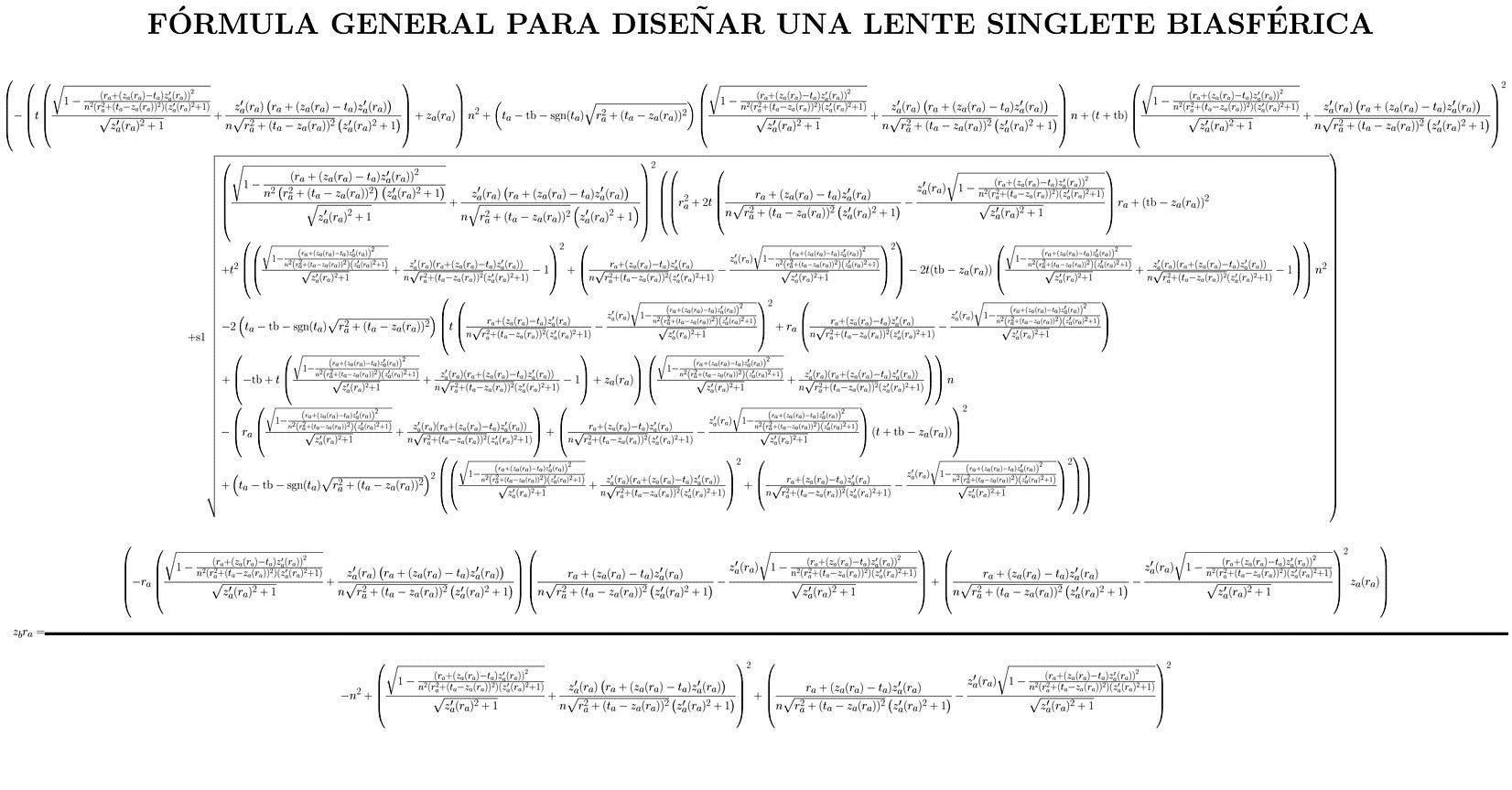 Yep, that looks like it all checks out. (Graphic: Rafael G. González-Acuña/Tecnológico de Monterrey)

To the average person, that equation is probably just more confirmation that a career in physics and mathematics wasn’t for them. But for lens makers, it can provide an exact blueprint for designing a lens that completely eliminates any spherical aberration. It doesn’t matter the size of the lens, the material it’s made from, or what it will be used for, this equation will spit out the exact numbers needed to design it to be optically perfect.

The breakthrough won’t just appeal to picky photographers who’ve been plagued with minor focus issues no matter how much money they’ve invested in their gear. It promises to help improve scientific imaging as well in devices like telescopes and microscopes where improved sharpness could lead to other discoveries. But even the average consumer will benefit from González-Acuña’s work. It will allow companies to design and manufacture simpler lenses with fewer elements which cost considerably less while offering improved image quality in everything from smartphones to cheap point-and-shoot cameras.