A Shark Fin and Ceramic Nipple Make the Oppo Reno 2 Wacky, Yet Sophisticated

One thing I really appreciate about Chinese smartphone makers is their willingness to take risks in order to innovate. Sometimes things flop or are completely unusable, but Chinese phone makers are responsible for the return of slider phones and fun, pop-up selfie cams.

And one of the wackiest phones in recent memory is the Oppo Reno, whose unique styling has been passed down to the new Reno 2. Instead of having a simple motorised pop-up cam, the Oppo Reno 2 features a pivoting wedge-shaped pop-up that rises from the top of the phone’s body like a shark-fin (which is actually Oppo’s official name for the feature) because, why not? 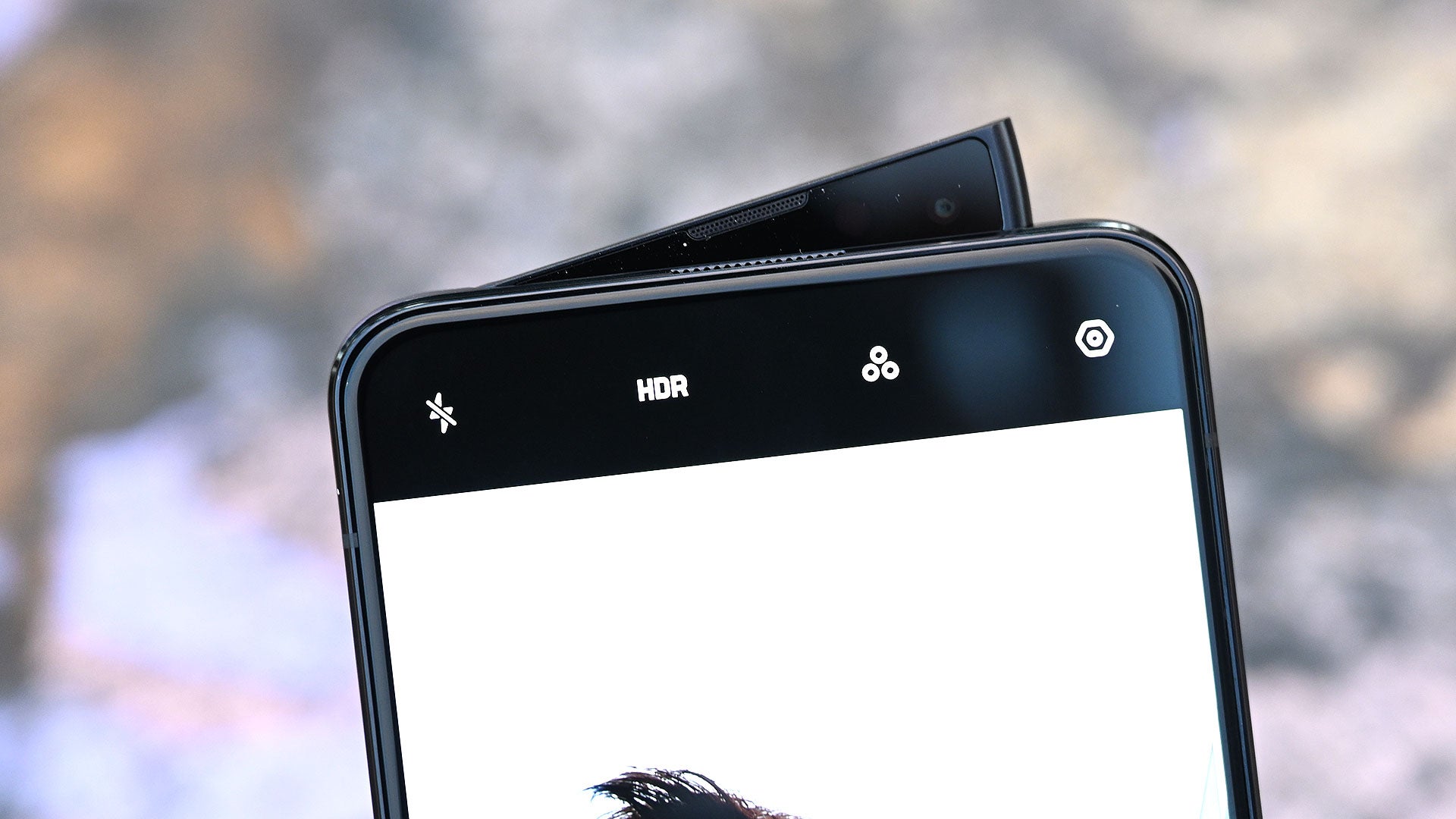 Meanwhile, in back, the Reno 2 features four cameras (a 48 megapixel main, 13MP 2x telephoto, 8MP wide, and a 2MP mono) mounted flush against the phone’s body that cascade downward in a very aesthetically pleasing way. And to protect the cameras against possible scratching, there’s a tiny little ceramic nipple that Oppo calls the O-Dot, which ever so slightly lifts the back of the phone off the ground.

And yet, despite all these wacky design features, thanks to a sleek body with subtle highlights and a glorious 6.5-inch AMOLED screen uninterrupted by any notches, punch holes, or other distractions, the Reno 2 somehow still manages to look quite sophisticated.

Even though the front of the Reno 2 is all screen, Oppo still managed to fit a tiny speaker onto the top of the phone. (Photo: Sam Rutherford/Gizmodo)

On the inside, Oppo has also come up with some camera trickery that allows the Reno 2 to use all of its rear cameras at the same time to create a 5x hybrid zoom that actually looks pretty good. Yet it still allows each lens to be used individually across the phone’s 16mm, 26mm, and 83mm focal ranges.

Also, like a lot of high-end phones these days, the Reno 2 comes with night modes that optimise settings when shooting things like a nighttime cityscape, or pedestrians. Honestly, the amount of various camera modes in the Reno 2 are somewhat overwhelming thanks a seemingly endless list of options including Dazzle Colour (which amps up colour saturation), a special “Ultra” macro mode, an Ultra Steady video mode that combines both optical and electronic image stabilisation, audio zoom (like on the new Galaxy Note 10), and more.

The Reno 2’s night mode adjusts settings to help prevent lights on the buildings from getting blown out, which based on this shot, is largely successful. (Photo: Sam Rutherford/Gizmodo)

That said, powered by a Qualcomm Snapdragon 7150 processor, the Reno 2 doesn’t quite have flagship-level power. Though you do get a healthy 8GB of RAM, 256GB of base storage, and a nice-sized 4,000 mAh battery. And yes, the Reno 2 does have a headphone jack.

Oppo even improved its VOOC 3.0 charging tech – which is the same tech OnePlus’ Dash Charging is based on – to now feature improved trickle charging that Oppo claims doubles the speed at which the phone can go from 90 to 100 per cent battery. 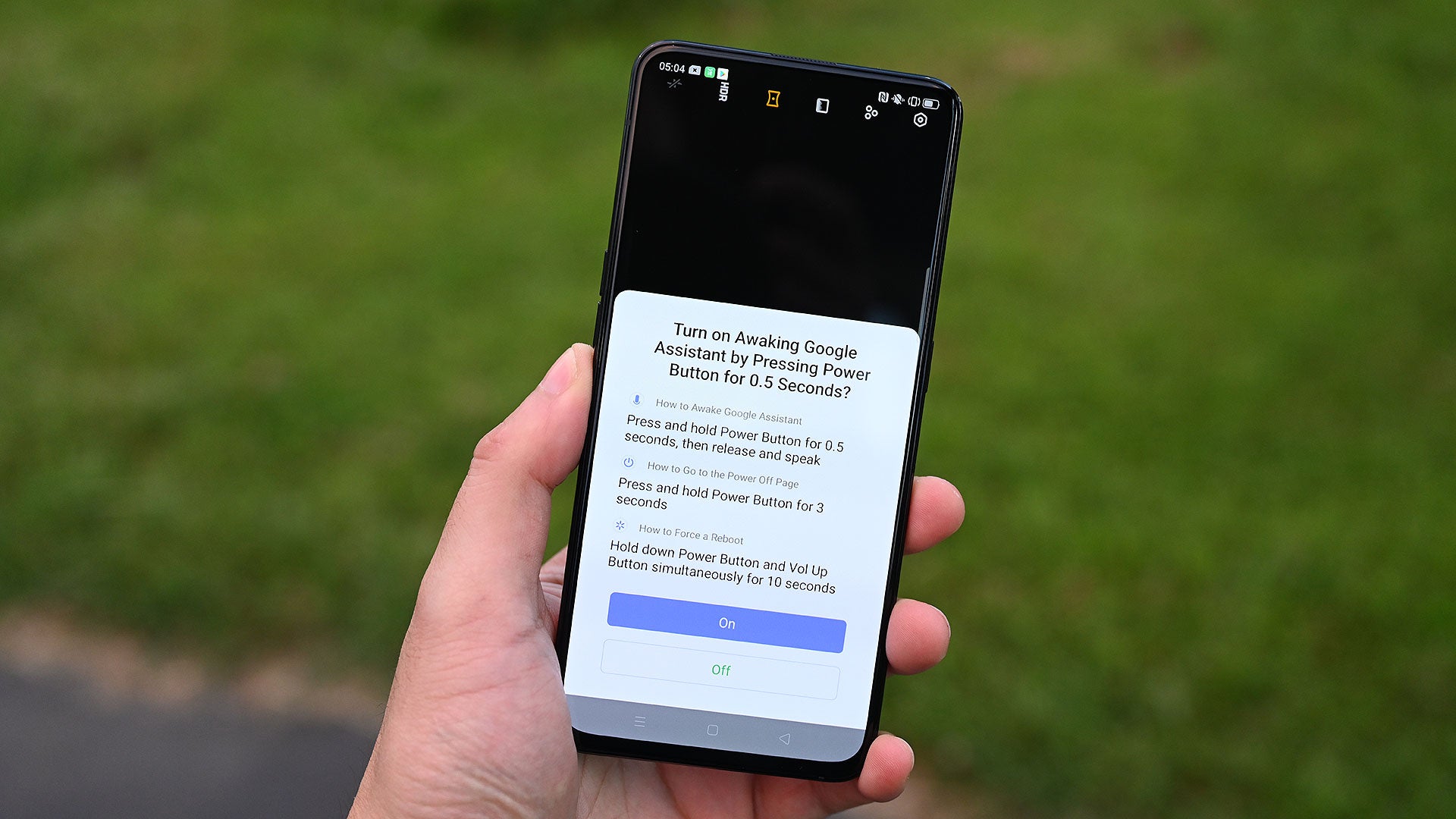 This tool tip reads a bit awkward, but you still get the point. (Photo: Sam Rutherford/Gizmodo)

However, there is one area where Reno 2 can be somewhat awkward: ColorOS, its Android-based operating system.. Color OS 6.1 is based on Android 9, but for people used to more stripped-down or stock implementations of Android, there can be a bit of a learning curve when adjust to its many features.

Things like icons and quick settings buttons don’t look quite how you’d expect, and sometimes, you can run into a bit of Engrish in various menus and notifications, a sign that Color OS wasn’t really designed with the western market in mind. Yet a lot of this is largely cosmetic, so it’s not a huge deal. 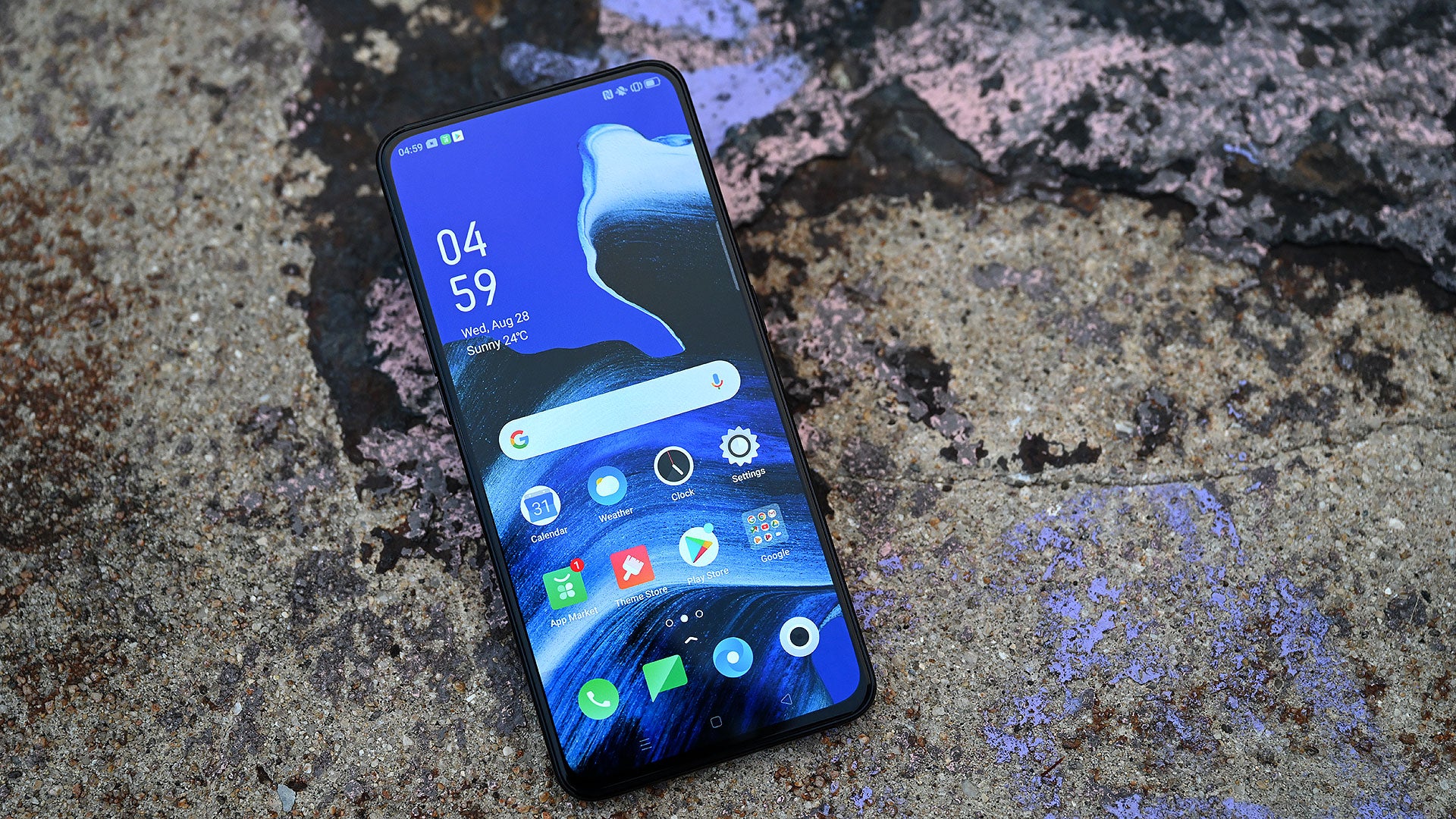 Just look at all that screen. (Photo: Sam Rutherford/Gizmodo)

While I’ve only had a short time to check out the Reno 2, I appreciate that it seems a like a phone that doesn’t take itself too seriously. Sadly, we’re still waiting on official price and availability info. So not only is the Reno 2 wacky, but it’s also a bit of tease. At least it’s a fun tease.