Blue milk is obviously the superstar when you think of Star Wars food. But rising up the charts, literally, is the bread Rey makes in Star Wars: The Force Awakens. Although that concoction, officially named Polystarch, is not available in the Black Spire Outpost (otherwise known as Star Wars Galaxy’s Edge), a new cookbook has the recipe—and this is the exclusive reveal.

Polystarch Portion Bread is just one of over 70 recipes in Star Wars: Galaxy’s Edge: The Official Black Spire Outpost Cookbook, by Chelsea Monroe-Cassel and Marc Sumerak. It’s out this autumn, and is told through the voice of Strono Tuggs, the former cook in Maz Kanata’s castle on Takodana. Of course, in The Force Awakens Maz’s castle got blown up by the First Order, so Strono’s since taken his talents to Batuu. Here’s his recipe for Rey’s bread, a.k.a Polystarch Portion Bread. 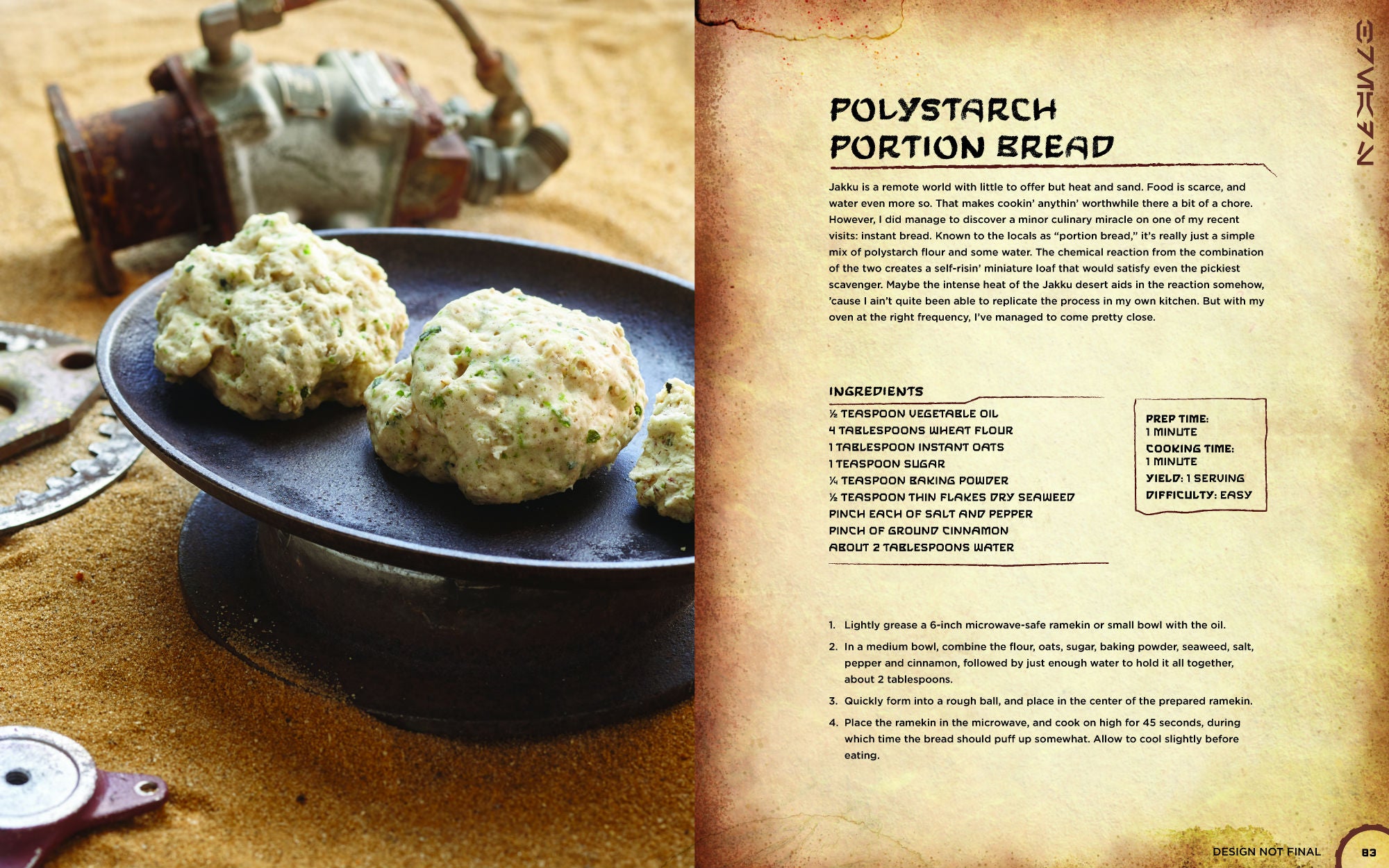 The recipe for portion bread from the Galaxy’s Edge cookbook. (Image: Insight Editions)

While you can’t order Rey’s bread at Star Wars Galaxy’s Edge (which is currently open at Disneyland and opens on 29 August at Walt Disney World), you can get a Ronto Wrap, which is delicious. So we’re exclusively debuting that recipe for that one from the book, too! 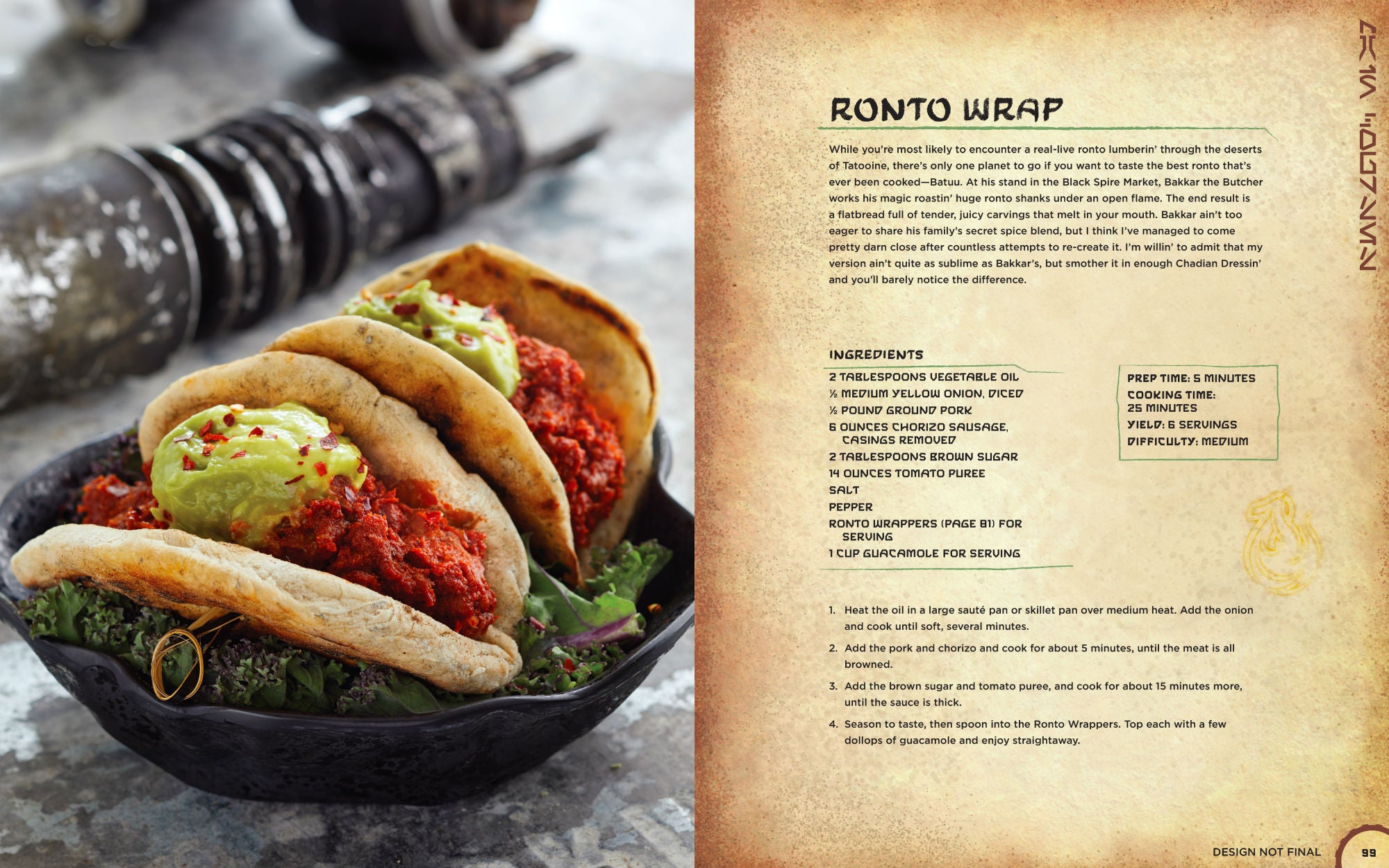 The Ronto Wrap (served fresh off of a rotating, re-purposed pod racer engine on Batuu) is such a big part of Galaxy’s Edge in fact, it just so happens to be on the cover of the book—which you can see below, along with a few other recipes.

I assume Disney couldn’t find that balance, and that’s why it’s not in the parks—and even then, this book leans more into the “good to eat” column, because the recipe actually admits it only comes “pretty close” to replicating what we see in the movie. If you want to fill your holiday gift-giving with sci-fi food-based glee, The Official Black Spire Outpost Cookbook goes on sale around 5 November.