By Adam Clark Estes and Raul Alexander Marrero on at

The concept behind a gimbal is surprisingly ancient—like Byzantium ancient. But in recent years, DJI has been building an increasingly useful arsenal of gimbals that stand to upend the traditional hierarchy of cinematography. The newest addition is the Ronin-SC, a handheld gimbal designed for mirrorless cameras. Although it’s really just a variation on an already popular model, its accessible design and price tag make it a lot more significant than that implies.

The primary difference between the Ronin-S, which came out last year, and the Ronin-SC is that the new gimbal is more compact and at around two pounds, it’s ultra-light too. It’s also easier to balance and carry around thanks to locks on all three axes.

What is it?: A compact gimbal for mirrorless cameras
Cost: £325
Like: Supremely portable and easy to use
Don't like: Balancing still takes some effort

Besides its attractive size, the Ronin-SC gets some advanced DJI features like ActiveTrack 3.0, which enables the camera to follow a subject automatically, and Force Mobile, which uses the accelerometers in your phone to remotely control camera movement. The Ronin-SC also starts at $440, which, while not exactly cheap, is relatively affordable for a professional tool.

All of these upgrades add up to a high-quality handheld gimbal that’s great for entry-level videographers. It also means that those starting out can get much more cinematic effects with ultra-portable and relatively inexpensive mirrorless cameras.

The Ronin-SC easy enough to use that members of our team who had never set up or balanced a gimbal got the thing up and running in about 20 minutes. From there, we found that it was light enough for a full day of shooting, unlike the original Ronin-M model which looks like some sort of aircraft and weighs over five pounds without a camera attached. We honestly can’t overstate the extent to which the lighter, tighter design of the Ronin-SC makes it so much more fun to use.

The new software tricks are a nice bonus. ActiveTrack works with a phone, which you mount to the camera’s hot shoe. It gives you more control over your shot, since you can move around freely while keeping your subject in the center of the frame. The Force Mobile feature is a bit fancier. This turns your phone into a remote control for the camera, so that when you physically move your phone in a certain direction, the camera mimics that motion. This feature is only useful in certain situations, but it still sets you up for more complex shots that you couldn’t do cheaply or easily without a tool like the Ronin-SC. 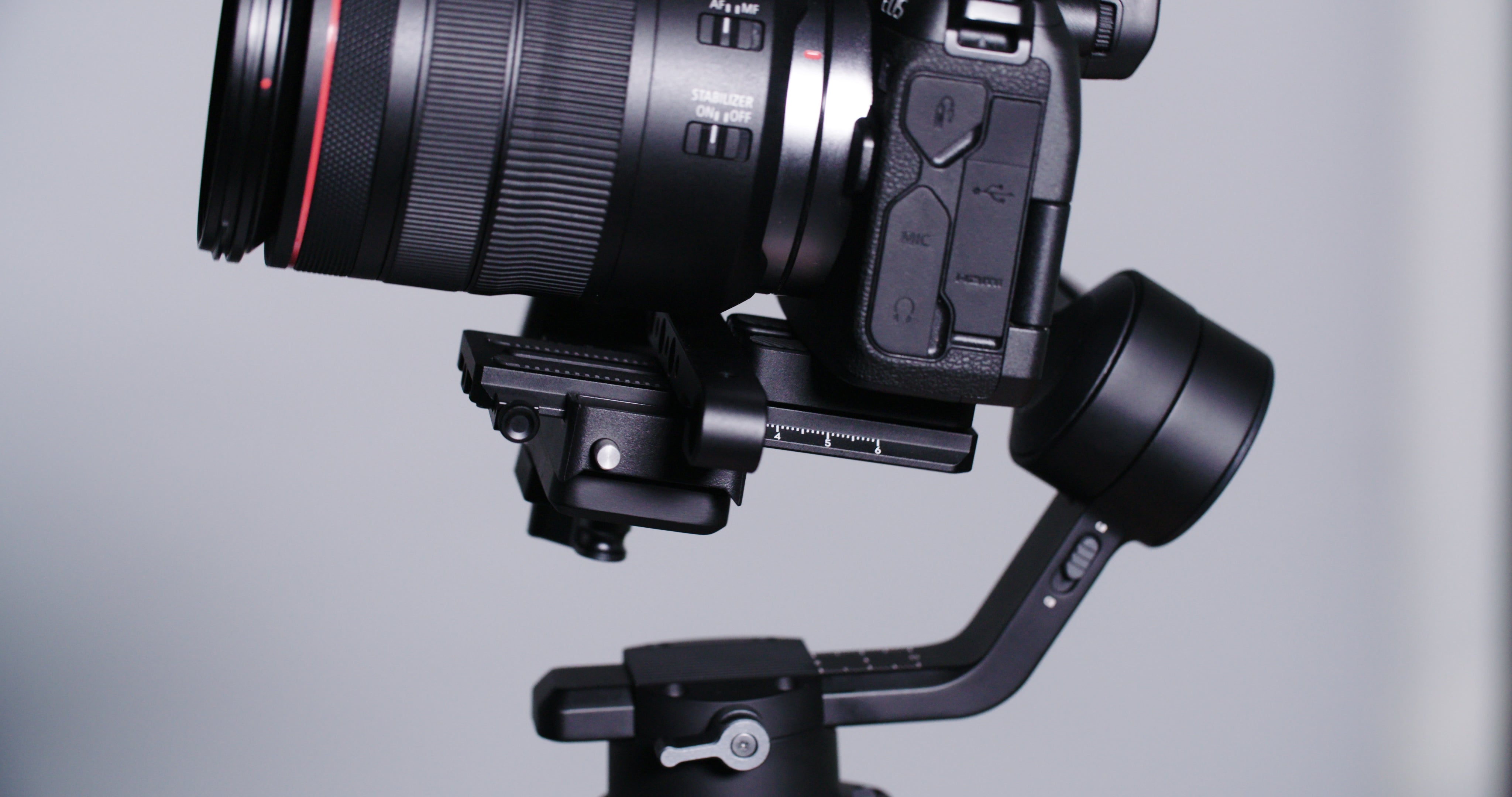 What’s special about ActiveTrak and Force Mobile—the features unique to the Ronin-SC—is that you can pull off shots that are typically only possible with expensive rigs. Using Force Mobile and a slider, for instance, you can capture super smooth hyperlapse shots. Hollywood crews will usually create shots like this using remote head setups that cost thousands of dollars.

You can make the Ronin-SC rig even more advanced with the addition of accessories like a focus motor and its accompanying focus wheel that let you control focus precisely and smoothly without touching the lens. It’s an essential addition if you’re looking to do shots with racking focus. At the aforementioned £325 price point, DJI will sell you the basic kit that includes the battery grip, tripod, phone mount, and necessary hardware. You can buy a pro kit that includes the focus motor and focus wheel for £415.

Of course, the Ronin-SC has its limitations. As it’s designed for mirrorless cameras, its payload capacity tops out at 4.4 pounds, so you can’t put just any camera setup on this thing and expect it to work. We also noticed that the Ronin-SC’s compact nature means it struggles with longer lenses, even when they don’t exceed the weight limit. This is simple physics, as a longer lens means that the camera body has to sit further back on the gimbal, and if it goes too far back, it will bump up against the roll axis.

We did most of our testing with a Canon EOS R and a Canon 24-105mm lens. It was a tight fit, especially considering that we didn’t want to block a battery or SD card slot. Nevertheless, through a bit of trial and error, we got it to work. The Ronin-SC is no doubt suited to smaller bodies with shorter lenses, and that sort of setup certainly helps you make the most of the gimbal’s supreme portability. We also tested the Ronin-SC with a Sony A7R III and a Canon 16-35mm lens, which was a better fit for the compact design.

Each axis has a handy lock feature that makes balancing the gimbal easier. (Photo: Raul Marrero/Gizmodo)

The Ronin-SC includes a phone mount, and the gimbal gains more features through an app. (Photo: Raul Marrero/Gizmodo)

Additional accessories include a command unit and a cheese plate. (Photo: Raul Marrero/Gizmodo)

It’s worth pointing out that setting up and balancing the Ronin-SC still requires effort. You do need some patience and a basic understanding of how the hardware works in order to get the Ronin-SC up and running properly. The Ronin app has a quick gimbal test that will show you if you screwed up any of the axes. However, if the balance is less than perfect, you might end up with some bad shots. That was our experience in one set of tests where the Ronin-SC seemed to be performing fine on the shoot. It wasn’t until we were reviewing footage that we realised one of the gimbal’s motors appeared to be overloading. So that left us with a bunch of jerky footage. Lesson learned: It’s a good idea to review some test shots with the Ronin-SC before a full shoot.

So we haven’t achieved the dream of a camera gimbal that’s ready to go right out of the box. Given the fact that these gimbals are designed to be versatile and work with as many different camera configurations as possible, that dream might never be realised.

The Ronin-SC is not the perfect gimbal for every shoot. But if you’re looking to create some cinematic shots with a mirrorless camera on a budget, the Ronin-SC is a great tool for the job.