Mophie's 3-in-1 Wireless Charging Pad Isn't AirPower, But It'll Have to Do

When Apple announced that its promised multi-device AirPower charging pad had officially been cancelled, people immediately began wondering what might take its place. After all, just because Apple had given up, that didn’t mean people didn’t want a simple and convenient way to recharge a range of Apple products.

So now, almost half a year after AirPower got killed off, Mophie has finally released the first Apple-approved multi-device charging pad available for sale from Apple’s web store.

While it doesn’t look quite as sleek or pretty as AirPower, Mophie’s £130 3-in-1 Wireless Charging Pad should still be able to get the job done. It features three distinct charging zones that can juice up an iPhone, AirPods, and an Apple Watch simultaneously, complete with a listed power output of 7.5 watts (which is Apple’s current limit for wireless charging). 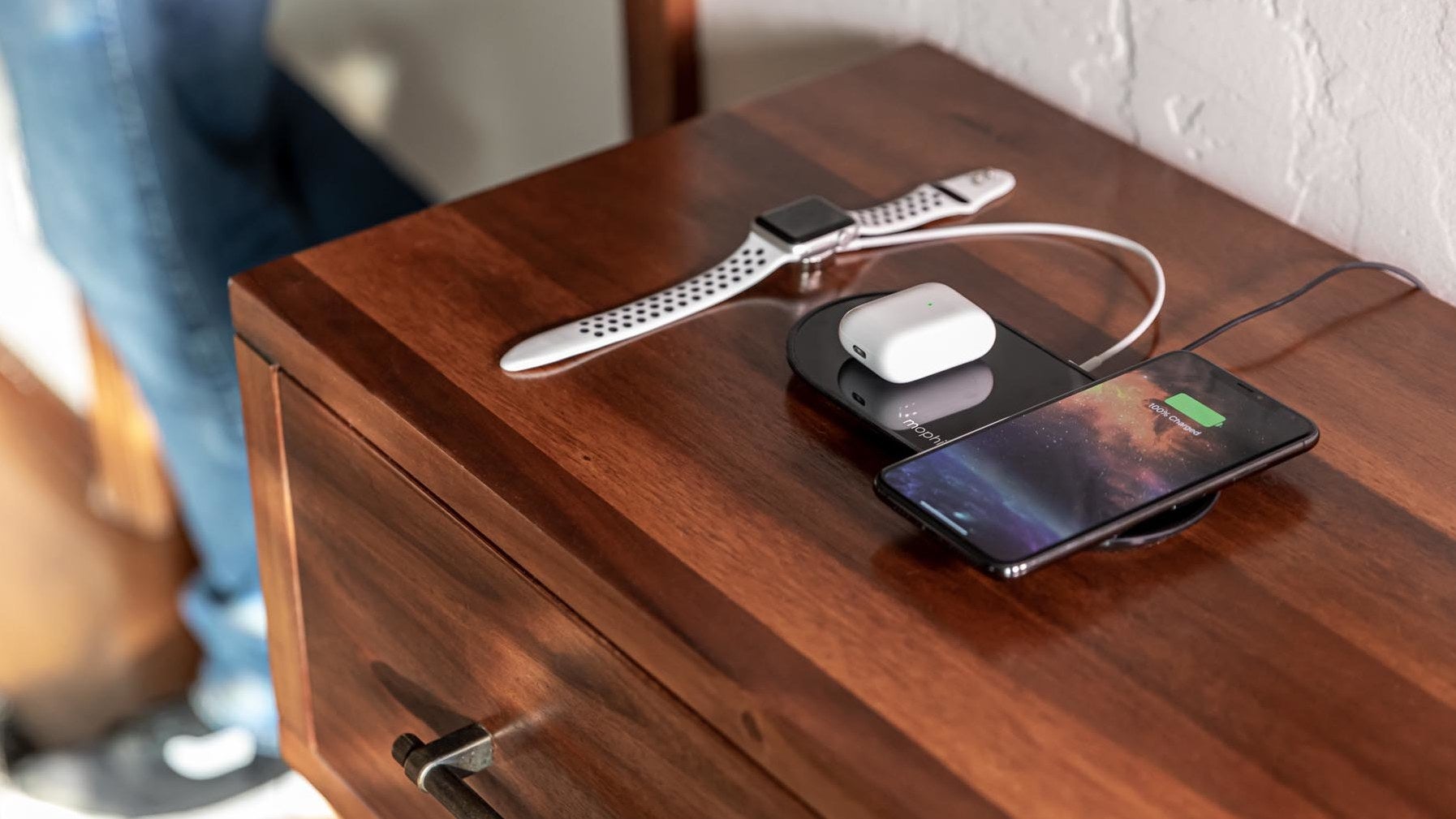 The Dual Wireless Pad has an extra USB-A in case you want to charge one more device using a cable. (Photo: Mophie)

Mophie’s 3-in-1 charging pad is actually quite clever, and possibly an improvement over AirPower, as the angled rest for the Apple Watch makes it easier to use the watch in Nightstand mode while the device is recharging. Meanwhile, the charging zone for Apple’s wireless earbuds has a special cavity so you’ll always know it’s in the correct location for charging.

And for people who might not have a full trio of Apple devices, Mophie also made a £100 Dual Wireless Charging Pad that can hold two devices, and features an extra USB-A port for charging one additional device using a normal charging cable. Both devices are available today on Apple's website, and will be available direct from Mophie and at select Apple retail stores next week.

Alternatively, if you’re looking for a dongle to help keep all your MacBook accessories connected, today, Apple also released an updated version of its USB-C hub for £75 that features support for 4K displays and HDR10 video via its new HDMI 2.0 port, along with one USB-A and one USB-C ports for hooking up additional devices.

So while we continue to wait for a new batch of iPhones to arrive later this autumn, it seems Apple is working on making its devices just a bit easier to live with. I just wish these new chargers were a bit cheaper because, at £130 for the 3-in-1 pad, Mophie’s multi-device charger is almost three times the price of Hard Cider’s SliceCharge 2 mat, which is an update to the company’s original wireless pad that I reviewed last year with full 7.5-watt charging.