Disney’s upcoming show What If? looks at what would happen if popular Marvel stories came with a twist. Like, what if Spider-Man had joined the Fantastic Four, or Peggy Carter was Captain America? The show, based on a comic book series, is now part of a long trend of TV shows making their own alternate reality, or “what if,” episodes. We’re going to take a look at some of the best.

In our list below, we’ve picked some of our favourite “what if” episodes from television. Of course, we could never include all of them—in one case, an item is about an entire series because we couldn’t possibly narrow down the best one! (You might be able to guess.) Be sure to let us know your favourite “what if” episodes in the comments, and don’t forget your evil goatee. 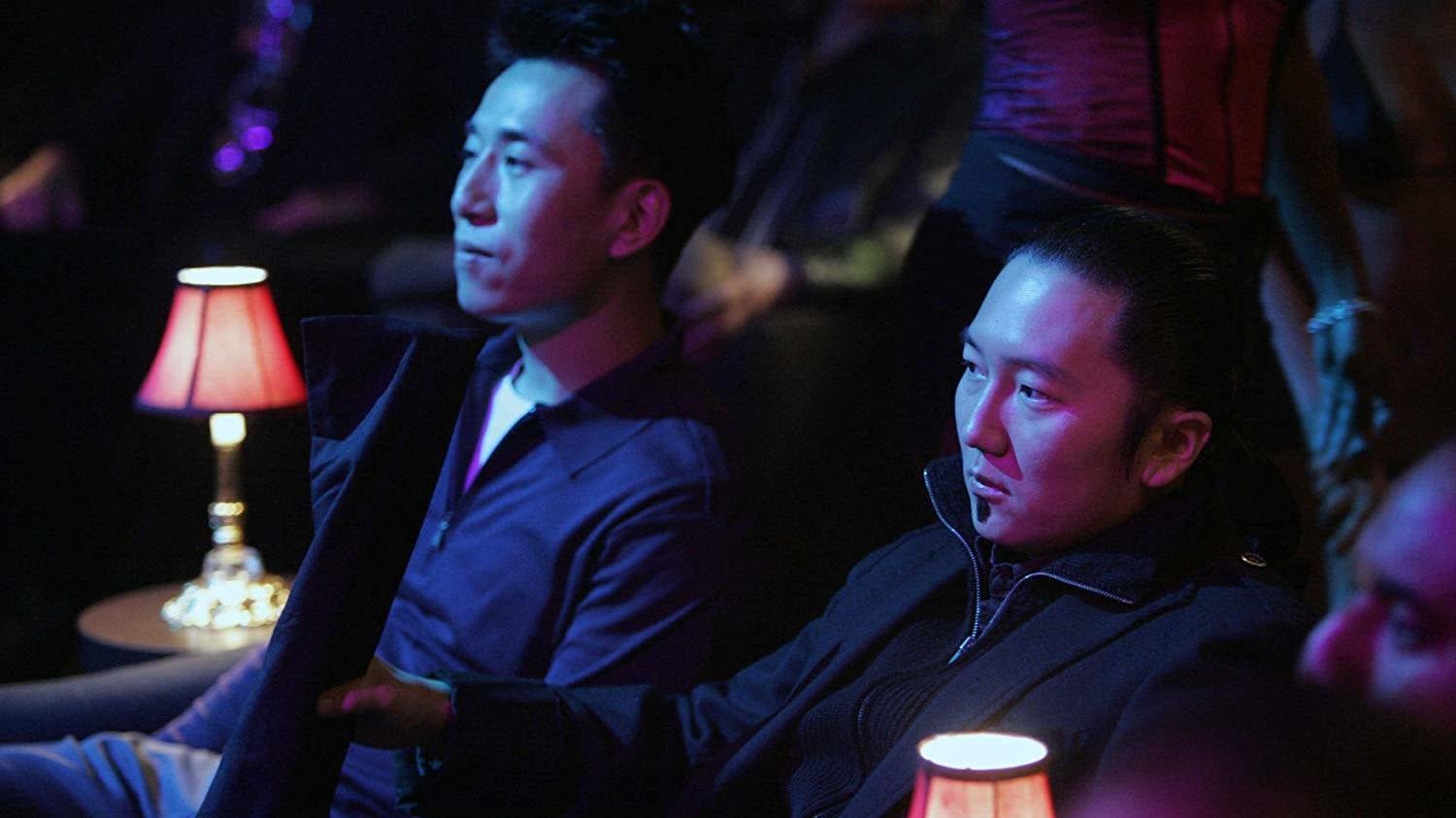 The first, and arguably only good, season of Heroes had Hiro and Ando travel five years into the future to a reality where they’d failed to stop Sylar from blowing up New York City. Heroes are hunted, Peter’s got a sweet scar, and his brother Nathan is the fascist president of the United States…and also Sylar in disguise. It was a dark and dreary look at what could have been if saving the cheerleader hadn’t, in fact, saved the world. 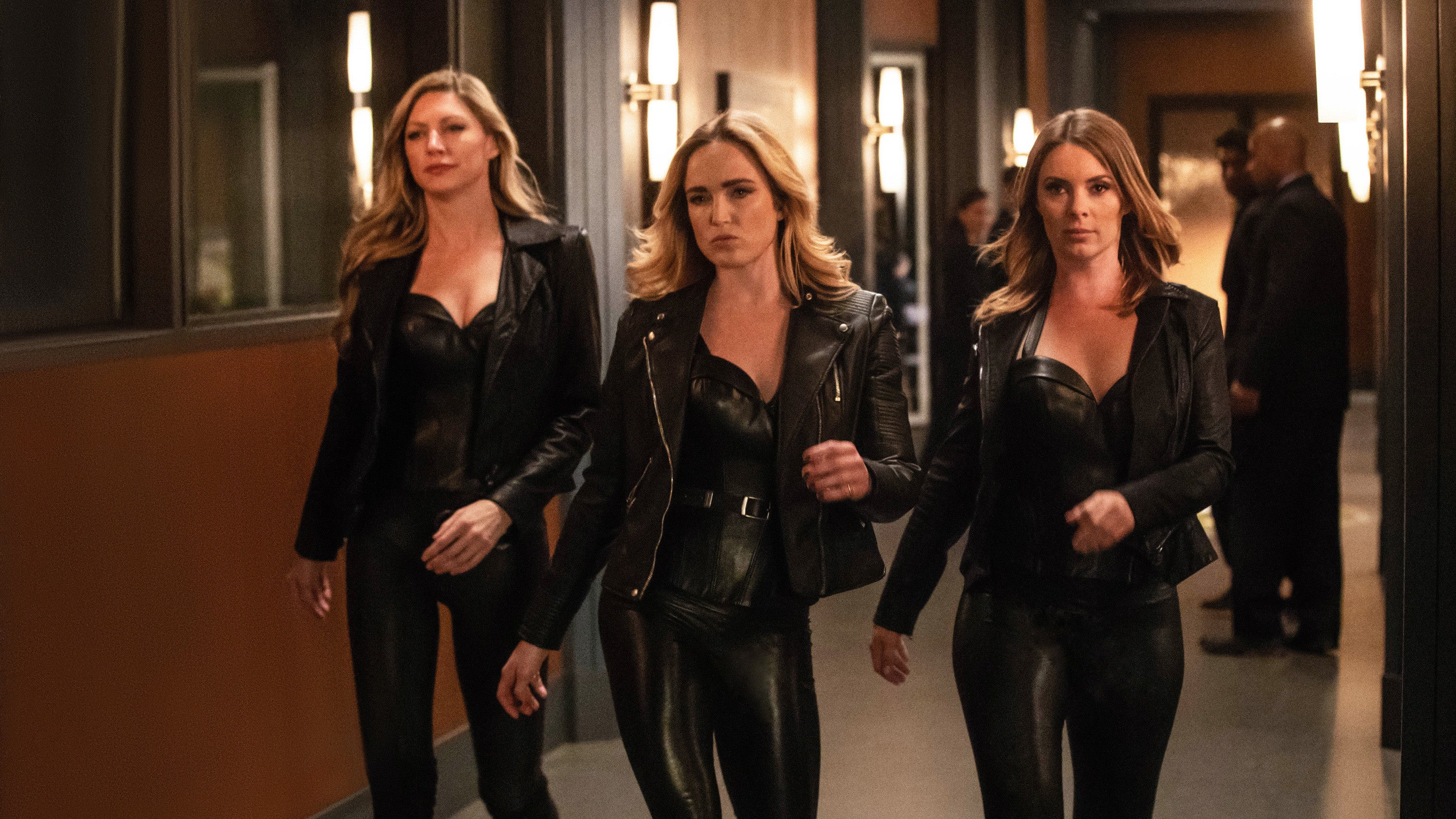 On the total opposite end, you’ve got Legends of Tomorrow. In the silly but still impactful midseason finale, John Constantine changes history by going back and saving his boyfriend. This leads to a series of “timey-wimey” alternate realities where the Legends are ‘80s-style action bros, Charlie’s Angels…and, of course, puppets. It might have been weird, but only the Legends could make something like this work. 8. She-Ra and the Princesses of Power: “Remember/The Portal”

The newest addition to our list, She-Ra’s third season ended with a bang when a portal took our heroes to a reality that gave them things they’d lost. For example, Adora and Catra were friends again, and Glimmer had her father back. But it didn’t take long for our heroes to realise you can’t have everything, forcing them to make the ultimate sacrifice to make things right. 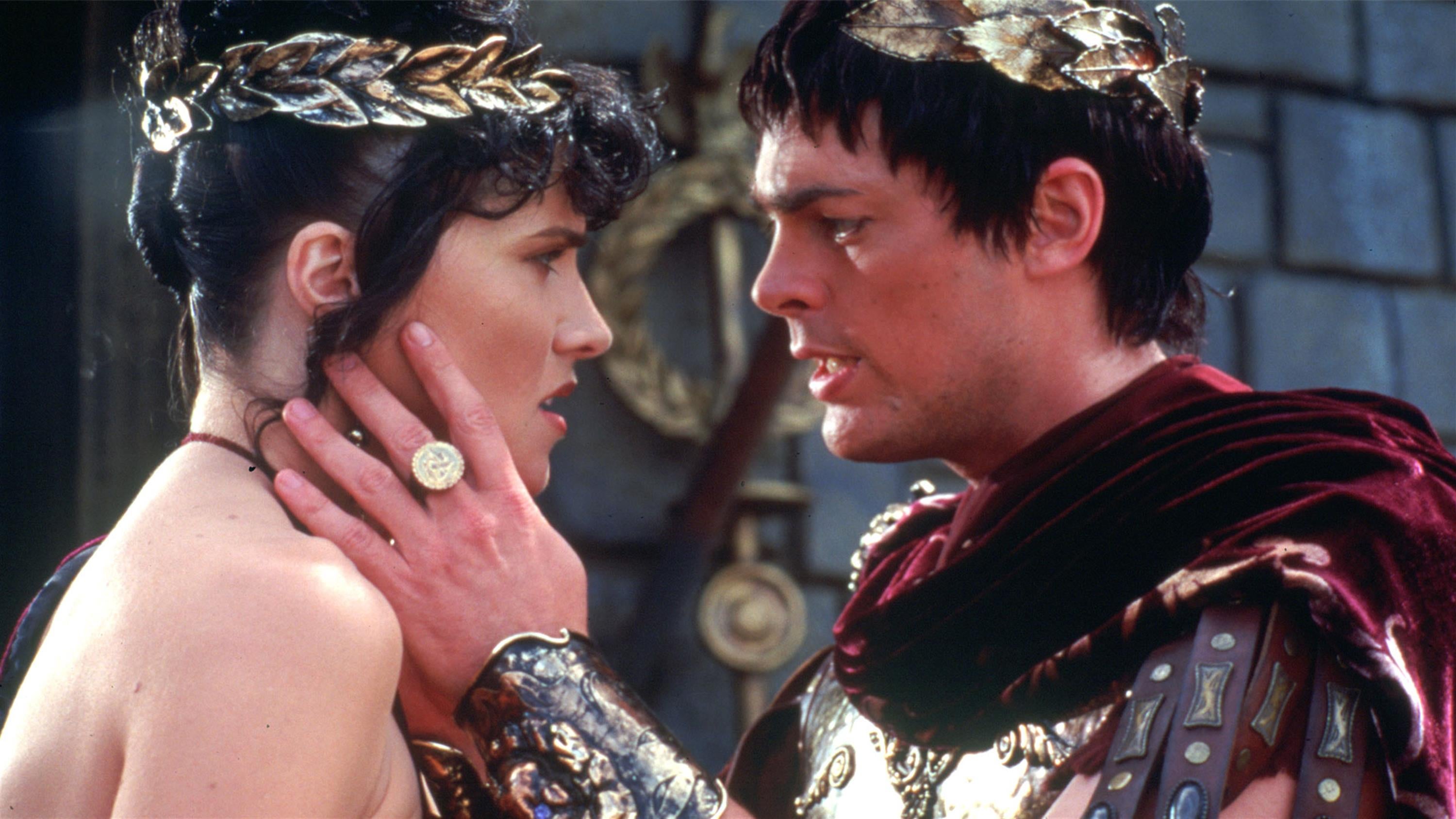 Caesar may have gone too far this time. (Image: Syfy)

Xena’s reality was turned upside down more times than we can count, but the final one might be the best. In this episode, Julius Caesar (one of Karl Urban’s many appearances) forces the Fates to change history so Xena became his ally and queen. Of course, one visit from Gabrielle changed everything. It features the return of nearly every fan-favourite character, and some long-time Xena fans choose to watch it after the series finale, as the “true” ending of the show. 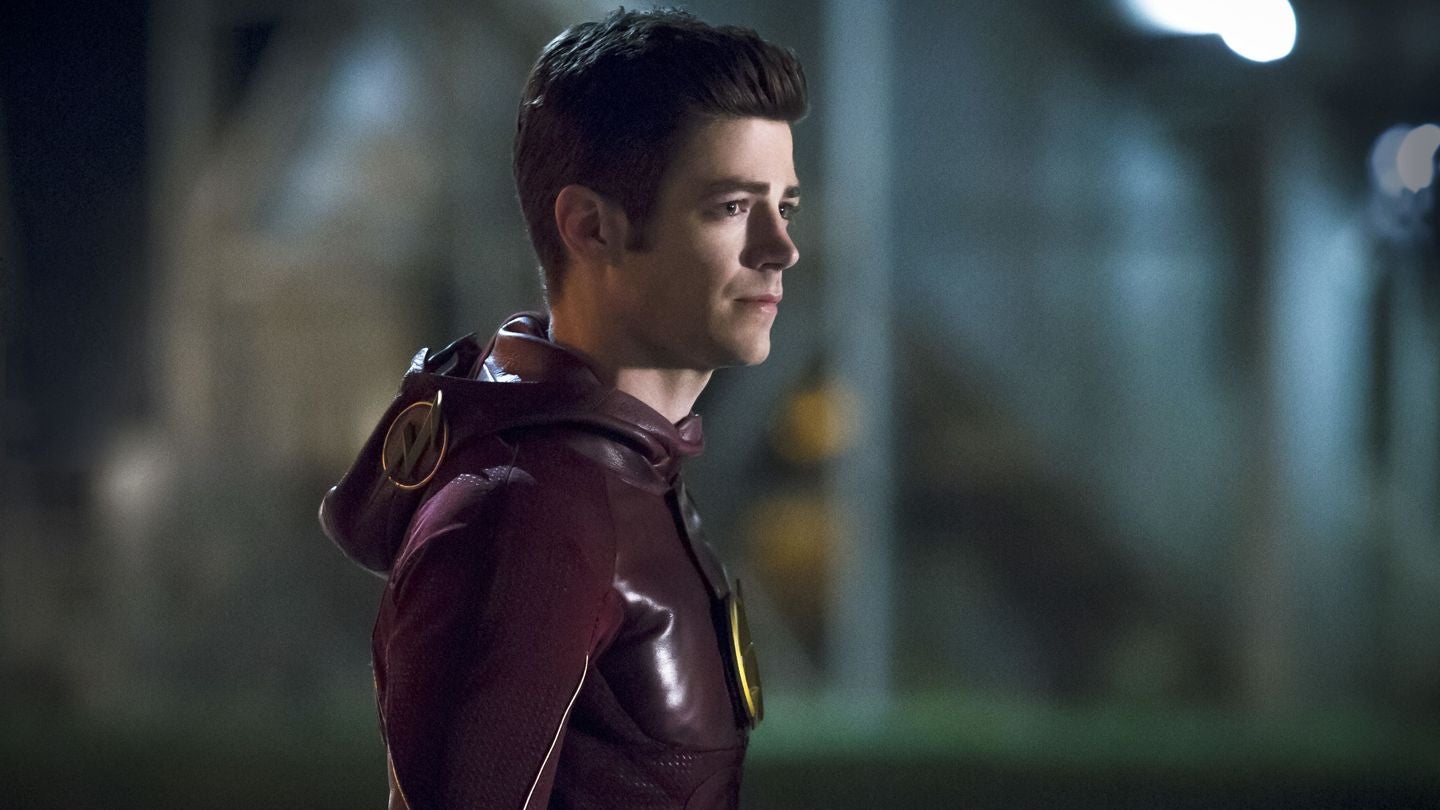 Can’t outrun this one. (Image: CW)

Barry Allen’s biggest regret was that he was never able to save his mother. But in one reality, he did. “Flashpoint” takes place in a world where both of Barry’s parents are alive and he gets to live a pretty normal life. But it can’t last, and ultimately he has to sacrifice his dream world for the real one. It’s heartbreaking because Barry knows going back means losing his mother all over again. 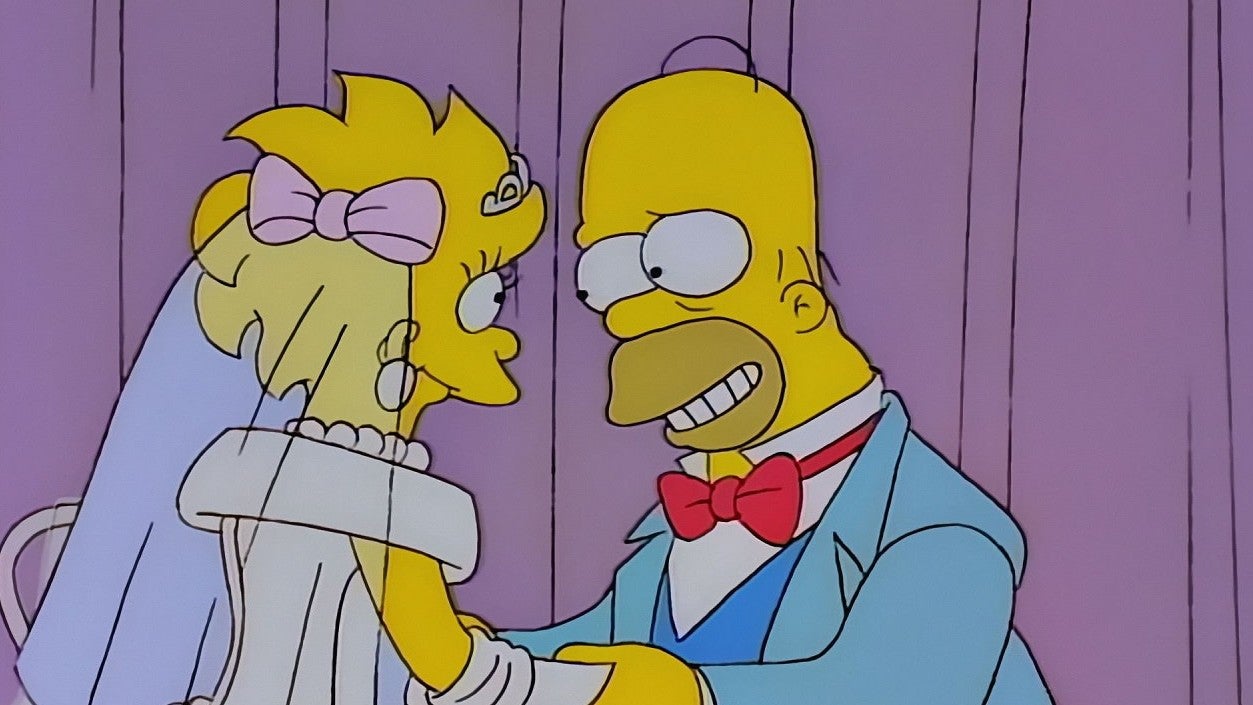 The Simpsons and Futurama both dabbled in “what if” storylines. “The Farnsworth Parabox” was about realities created by the flip of a coin, and “Bart to the Future” was surprisingly ahead-of-its-time with its President Trump jokes. But “Lisa’s Wedding” carried the biggest punch. Young Lisa consults a fortune teller about her love life and sees a future where she falls in love with a sophisticated British man who admires her but cannot accept her family. In the end, Lisa chooses her family over him and calls off the wedding. 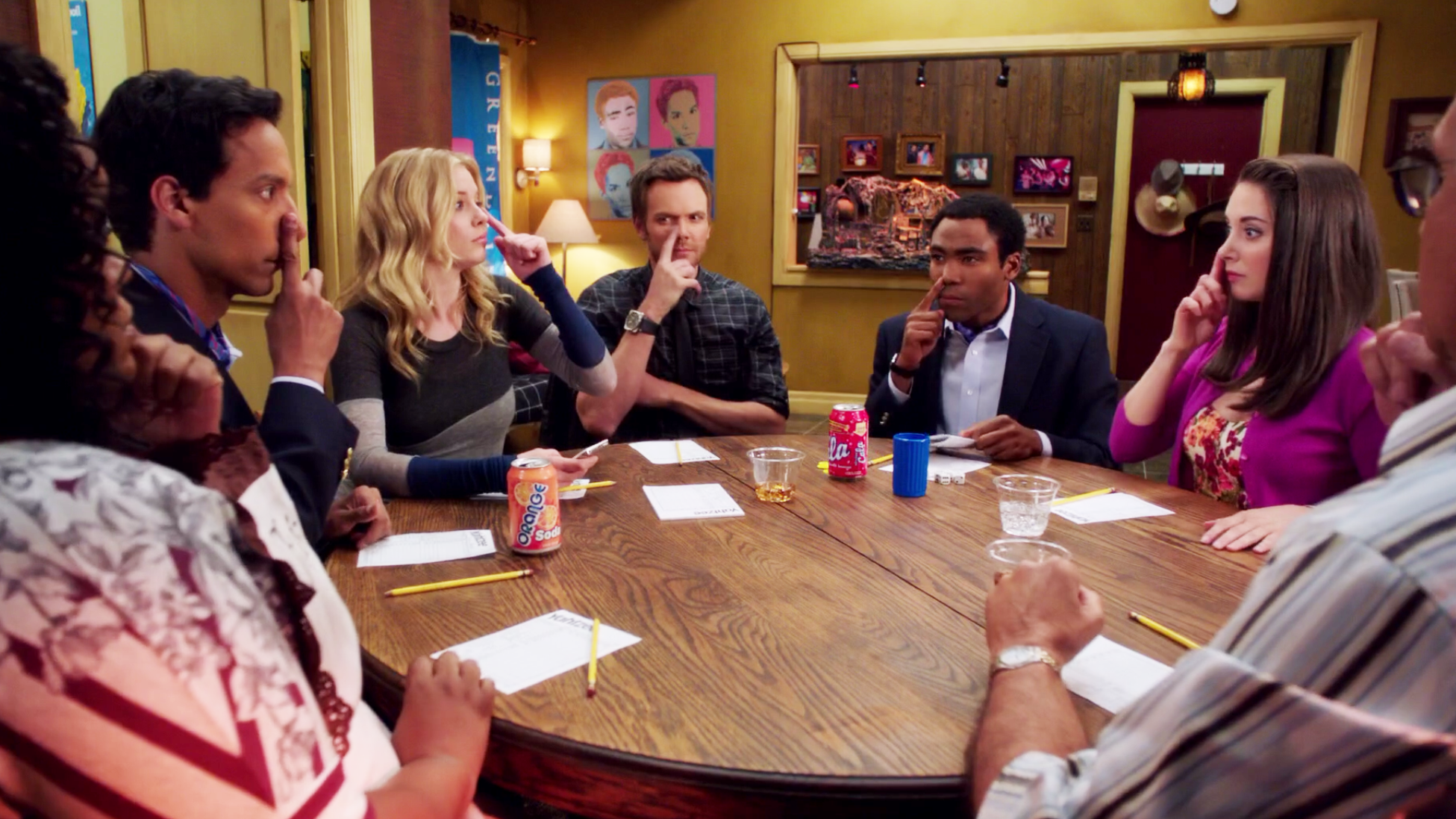 Much like Futurama’s “Anthology of Interest,” which featured a “what if” machine telling several possible stories, Community dove into six timelines in 21 minutes, all centring around one question: “Who’s going to get the pizza?” The results ran the gamut from awkwardly normal to pure chaos, leading to the creation of the show’s Darkest Timeline…complete with evil goatees. It was a series-defining episode for Community and resulted in some killer memes. 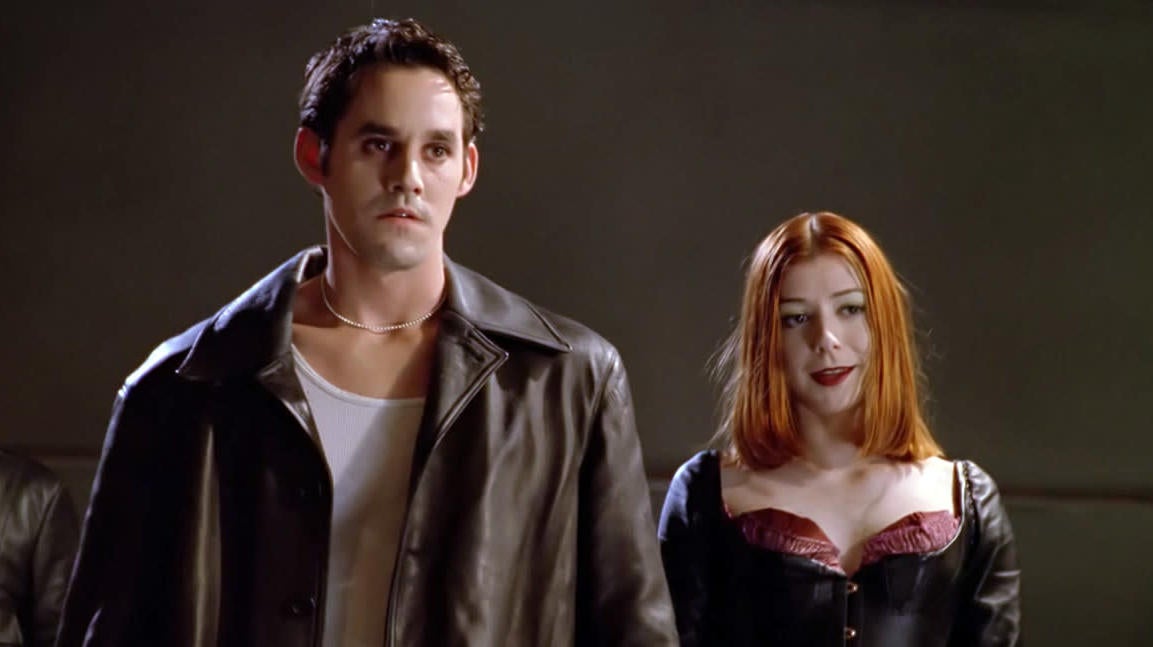 Does the puppy want to play? (Image: WB)

3. Buffy the Vampire Slayer: “The Wish”

Actually, it may not be a wonderful life. This season three episode starts with Cordelia wishing that Buffy had never come to Sunnydale. She’s then whisked away to a reality where vampires—including Willow and Xander—have taken over the town, and the resistance is literally dying out. Not only is it considered a staple “what if” episode, it also featured the debut of Anya, who went on to become a key part of the show. 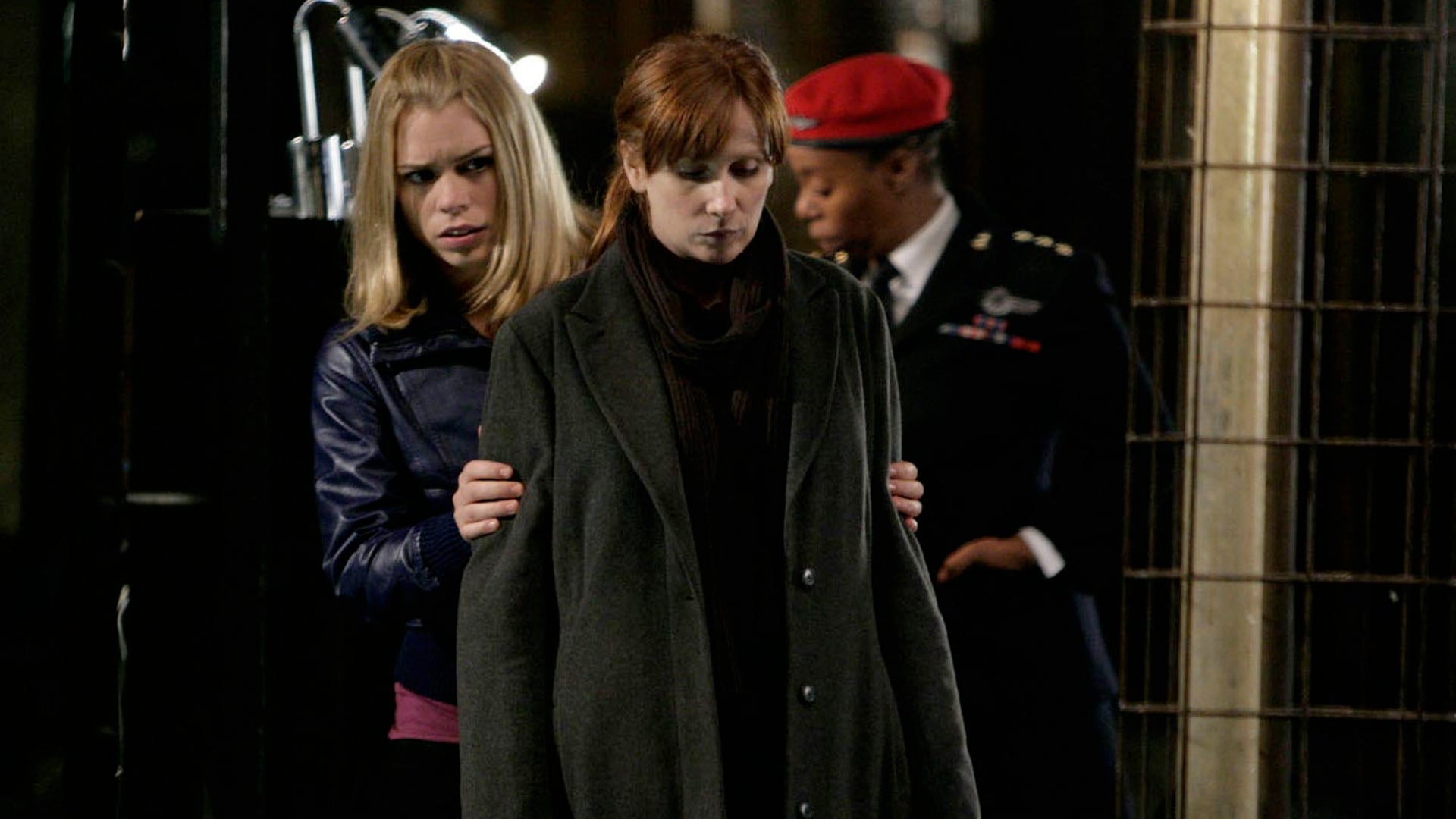 Like many companions, Donna’s life changed forever the instant she met the Doctor. But what if she hadn’t? That’s the plot of “Turn Left,” a powerful episode where the fate of the entire universe hinges on that fateful encounter. Without meeting Donna, the Doctor dies, sparking a nightmare reality where alien invasions drag the world into a bleaker, more dystopian future. Donna has to sacrifice everything, including her own life, on the promise that…one day….she and the Doctor will come together and save the world. 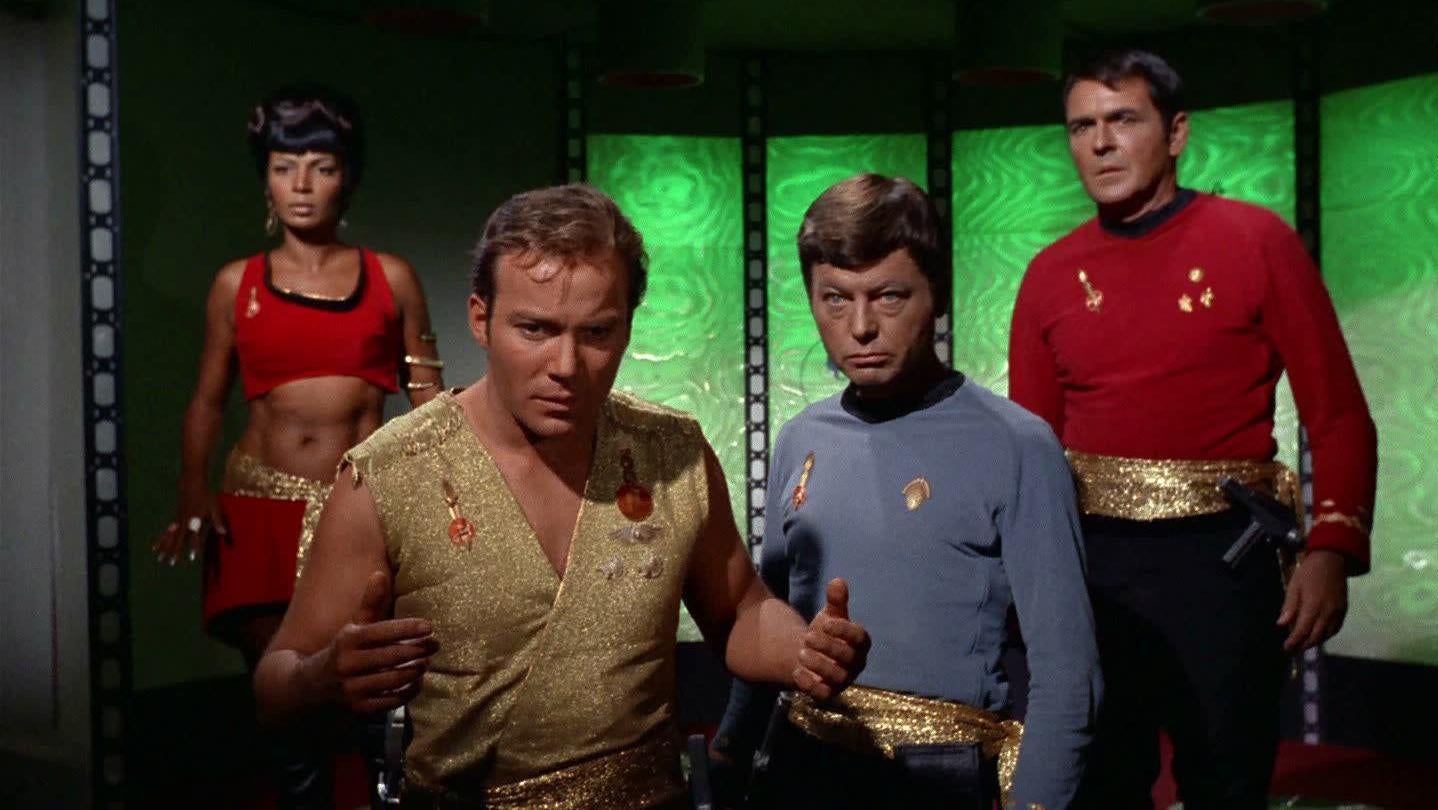 We couldn’t pick just one “what if” episode from Star Trek, so we decided to honour every single one of them. Whether it’s the evil, chaos-filled timeline of “Mirror Mirror,” Star Trek: Voyager’s “Year of Hell,” or the pulp fiction sci-fi alternate world of Star Trek: Deep Space Nine’s beautiful “Far Beyond the Stars,” Star Trek defined the art of alternate realities, and using choices from possible worlds to better inform the choices we make in this one.

For more, make sure you’re following us on our new Instagram @io9dotcom.