Unmanned aircraft are the future of military aviation, minimising the risks to human pilots during dangerous missions and hazardous operations. Autonomous planes have already been put into service but the US Air Force is now testing a robot that can pilot the military’s existing fleet of aircraft, making any plane autonomous with minimal modifications.

Making a plane with fly-by-wire controls, where the joysticks, pedals, and other physical controllers are electronically linked to the aircraft’s engines and control surfaces, autonomous is relatively easy. An additional computer control system might have to be added to handle the extra processing, but it’s mostly a software upgrade. But for aircraft that aren’t already packed with billions of dollars of electronics and autonomy, making them fly themselves requires considerably more hardware modifications and added components, and the upgrades are usually permanent.

That’s what led the US Air Force Research Laboratory, working a with a company called DZYNE Technologies Incorporated, who specialises in autonomous aircraft, to develop the Robotic Pilot Unmanned Conversion Program, also known as ROBOpilot. It doesn’t look like a robot in the traditional sense with arms and legs that allow it to hop in and out of planes all by itself. ROBOpilot is more like a collection of robotic components packed in a metal framework that can be installed inside a cockpit once the seats are removed. 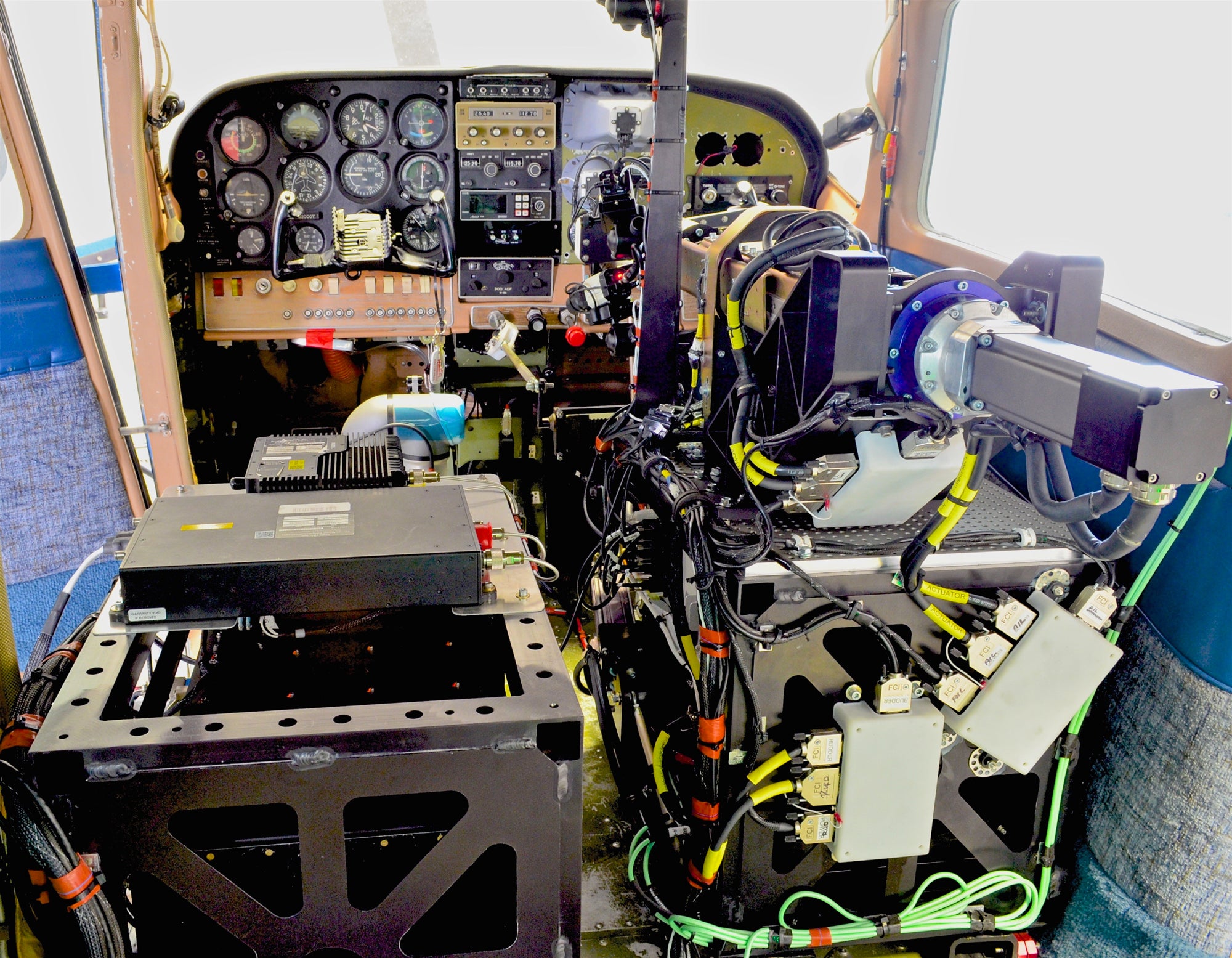 Using actuators, sensors, a robotic arm, and even its own power system, the robot can operate a plane’s yoke (essentially used for steering the craft) push on the rudder and brake pedals, make throttle adjustments, and flip switches on the dashboard as needed to make proper and legal flights following the same safety guidelines that human pilots have to abide by while in the air. ROBOpilot even includes a camera system so that it can monitor feedback from the myriad of dials and gauges on a plane’s dashboard.

The robot looks like it completely takes over a plane’s cockpit, similar to how the Borg aliens from Star Trek take over other species. But it’s actually a non-invasive approach to converting an aircraft to autonomous flight. It can be installed and removed as easily as it goes in, leaving a plane ready to be helmed by human pilots again.

On 9 August at the Dugway Proving Ground in the state of Utah, after a year of testing involving flight simulators, ROBOpilot successfully piloted a small Cessna plane for two full hours, including taking off, navigating a specific route, and then landing without a human at the controls. The robot isn’t quite ready for duty just yet, hundreds of hours of additional testing will be required before the military trusts it to handle something larger, and more expensive, than a Cessna. But the approach will help extend the life of the US Air Force’s expansive fleet of aircraft, bringing the benefits of autonomous flight to planes that have already proven themselves to be useful in service for decades prior, without completely putting them out of service while this robot earns its wings.