This Futuristic Blood Pressure Cuff Suggested All My Coworkers Are Dying

High blood pressure: According to Blood Pressure UK, one in three British adults has it. A Google search will tell you it’s the silent killer and can lead to strokes, heart attacks, heart failure, and kidney disease. It’s also not the most convenient thing to keep track of outside the doctor’s office. Manual kits require you to stuff your arm into a cuff and use a stethoscope and your fallible human ears to determine your systolic and diastolic readings. Electronic cuffs are handier, but require you to write down your readings. The Withings BPM Core is a sleek, automatic cuff that’s meant to simplify the home blood pressure monitoring process via a handy app, while also letting you check in on your ECG and valvular health, and it’s pretty sure my coworkers are dying.

What is it?: A connected blood pressure monitor that also measures ECG and valvular health.
Price: £230
Like: You can easily share data with your doctor. Automatic. Nice LED screen. Good app.
Don't like: Errors if you don't place it right. Expensive.

More on the impending doom Gizmodo faces shortly. Let’s first discuss what this thing is. I got to see the BPM Core in action earlier this year at CES, and on the showroom floor, I had to admit it was pretty impressive. Having actually used it for a bit, I can say it feels like a promising glimpse into the future of at-home medical devices.

Part of that is the design. Withings has always made chic smartwatches, and it’s applied that experience to the BPM Core. This thing looks like something you might find in a Black Mirror episode. The cuff itself feels sturdy to the touch, while the display is a smooth white cylinder that houses an LED touch control panel. (Note: The control panel is prone to scuffs. I dropped it once, hence the black marks in the photos.) At the bottom of the panel is a sleek metal cap that doubles as an electrode for taking ECG readings. The cuff also sports a digital stethoscope, which it uses not only for blood pressure readings but also to record 20-second clips of your heartbeat. You can get readings directly on the device, and your results sync over Bluetooth or wifi—so you don’t necessarily need your phone on you.

All this sounds great, but with any gadget touting itself as a medical device, you want some reassurance you’re not being hoodwinked by some snake oil salesman. That’s doubly true of the BPM Core, since it’s claiming to accurately measure ECG readings on top of blood pressure. On that front, Withings told me the BPM Core has already received CE Mark clearance in Europe. Maybe that's why the BPM Core costs a whopping £230.

For all that money, you’d want the BPM Core to be super easy to use and accurate as hell. I’m obviously not a doctor, and don’t have access to thousands of pounds of medical equipment—but I do have a blood pressure kit and an Apple Watch Series 4, which can also take ECG readings. 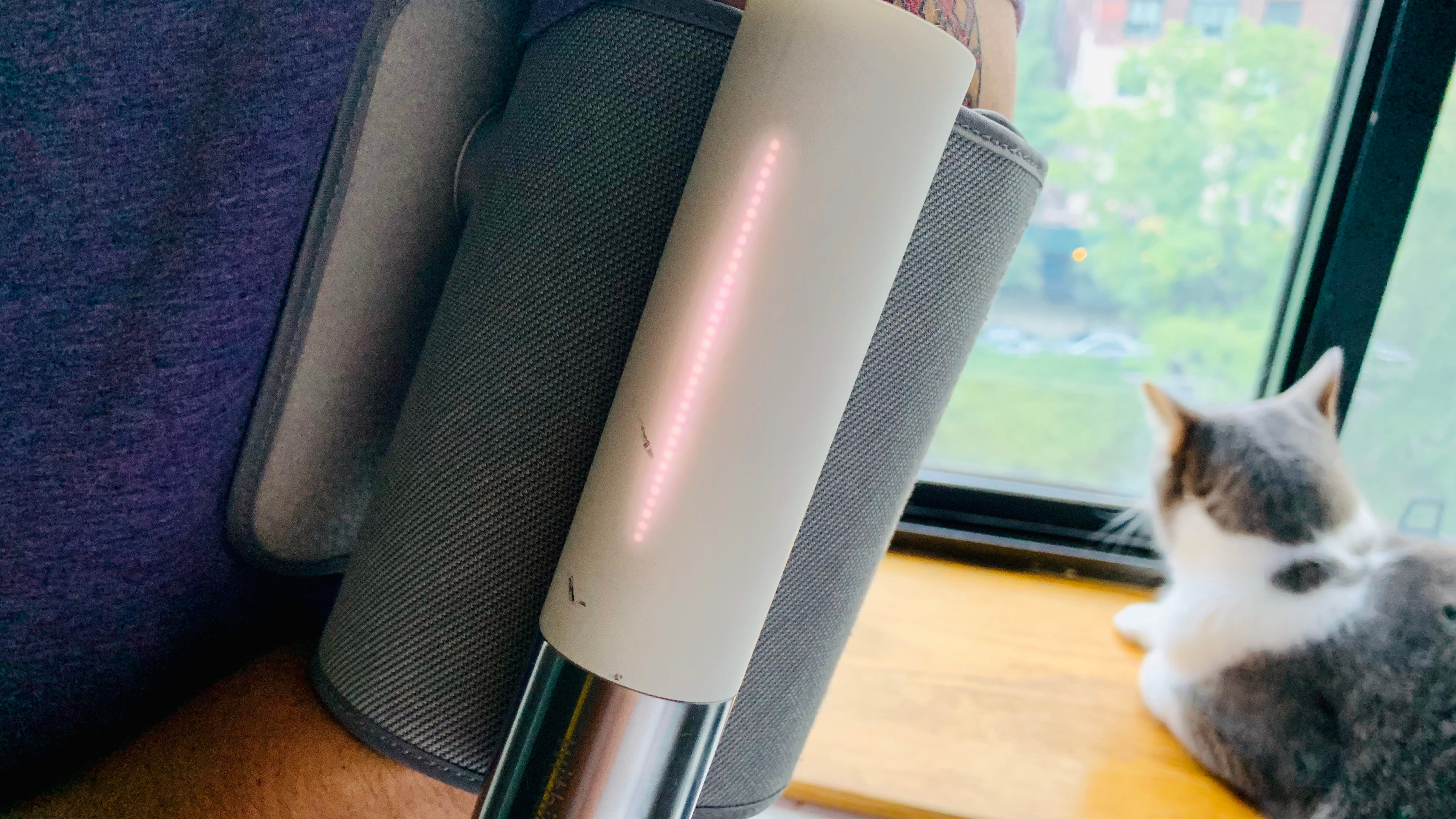 Since I know my regular blood pressure from recent doctor’s visits (115/75 baby!), I used the BPM Core and a manual kit to see if those numbers measured up. Over four tests, the BPM Core rated me at 103/82, 109/78, 106/76, 110/86. Those are in the same ballpark, and generally varied by a few digits from subsequent tests on my manual kit. The benefit of the BPM Core is it’ll colour-code your results so it’s easier to understand what those numbers mean—green is good, yellow is mildly high blood pressure, red is bad. However, my 103/82 result was labelled yellow and Stage 1 hypertension, while a similar 109/78 was deemed normal. According to the American Heart Association’s charts, Stage 1 Hypertension is defined as a systolic reading (first number) of 130-139mm Hg and a diastolic of 80-89. I’m not sure it’s fair or accurate to label that one particular reading as Stage 1 Hypertension, but it’s at least a conversation I can have with my doctor at my next physical.

ECG readings were on par with the Apple Watch Series 4, which makes sense as they both use metal electrodes to create a circuit with your body. Likewise, my heart rate readings were within 5 beats per minute of both the Series 4 and my Fitbit Versa. 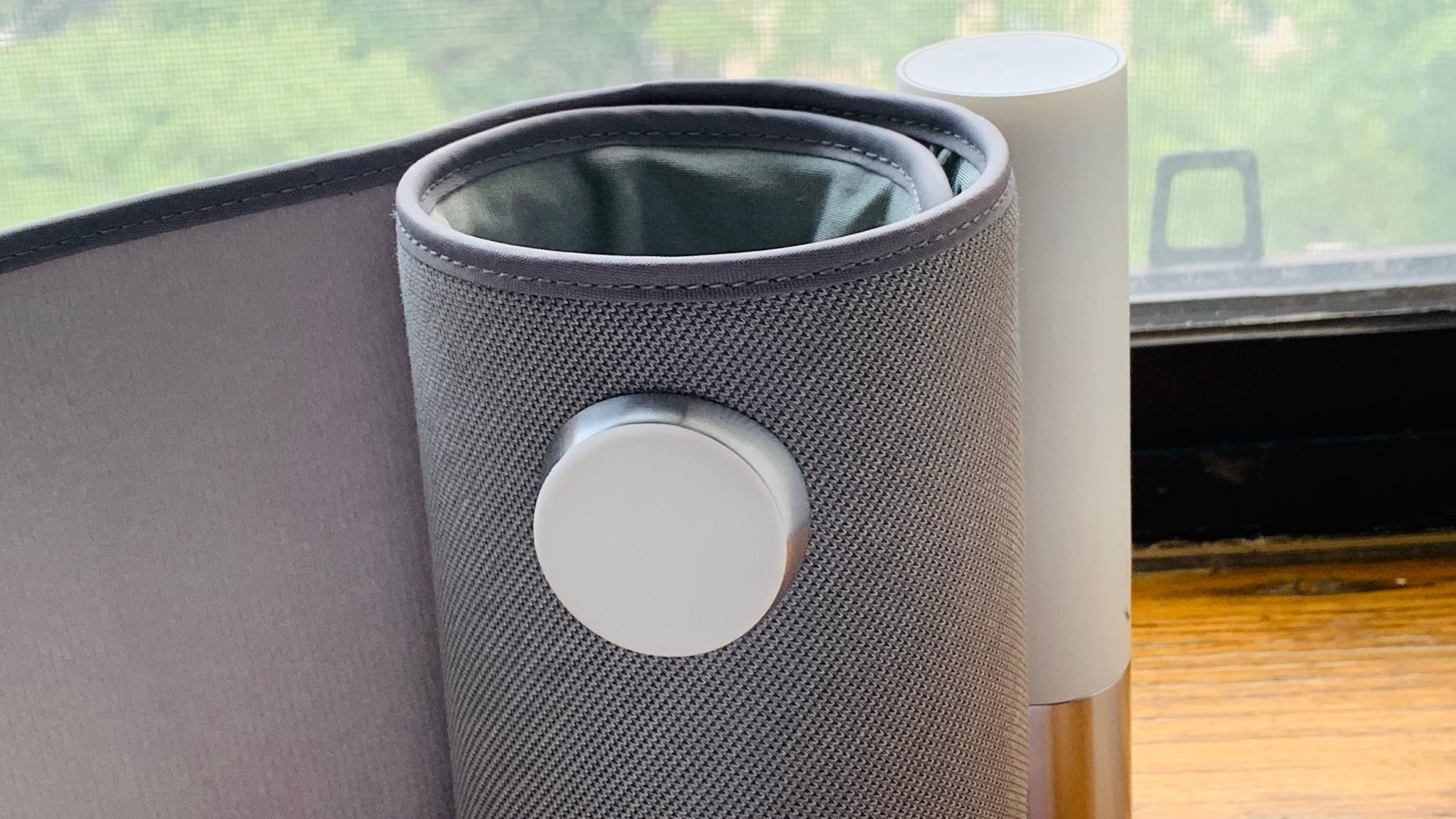 The digital stethoscope has to be placed flush against your chest. That’s not always easy and probably why I got some errors or inconclusive results. (Photo: Victoria Song/Gizmodo)

I did get a few errors and wonky results testing my fellow Gizmodo bloggers. Senior Reporter Bryan Menegus was generous enough to share his actual blood pressure readings from the doctor, and while those numbers corresponded with the manual kit, his diastolic reading was wildly off with BPM Core. (It said he had Stage 2 Hypertension. Bye Bryan, you’re dying.) In general, the BPM Core said Gizmodo staffers had Stage 1 Hypertension, which sort of tracks given how most of us are are overly caffeinated, vaping, or overwhelmed by anxiety at the state of the world at any given time. With the exception of Bryan, the BPM Core readings corresponded with readings from the manual kit. That said, I did get a number of errors and false starts while testing my coworkers, despite following the device’s placement instructions. (Science Editor Rose Pastore, for the record, wants all of you to know she is the chillest cucumber in the office with an impressive reading of 99/67.)

Those errors highlighted my main issue with the BPM Core. It’s definitely much easier to strap on the BPM Core, press a button, and let the cuff do its thing—when it works. Outside the office, I got a lot of errors at home. I tried testing my partner three times and only got errors. Ultimately, I failed to get a reading for him at all, which he attributes to “being dead inside.” While testing any mode besides the default (i.e., ECG only), I usually got an error message. This could be because I wasn’t placing the digital stethoscope properly against my chest, or perhaps the cuff wasn’t tight enough. That’s annoying, especially since I’ve never gotten an error on a manual kit or with much cheaper electronic cuffs. 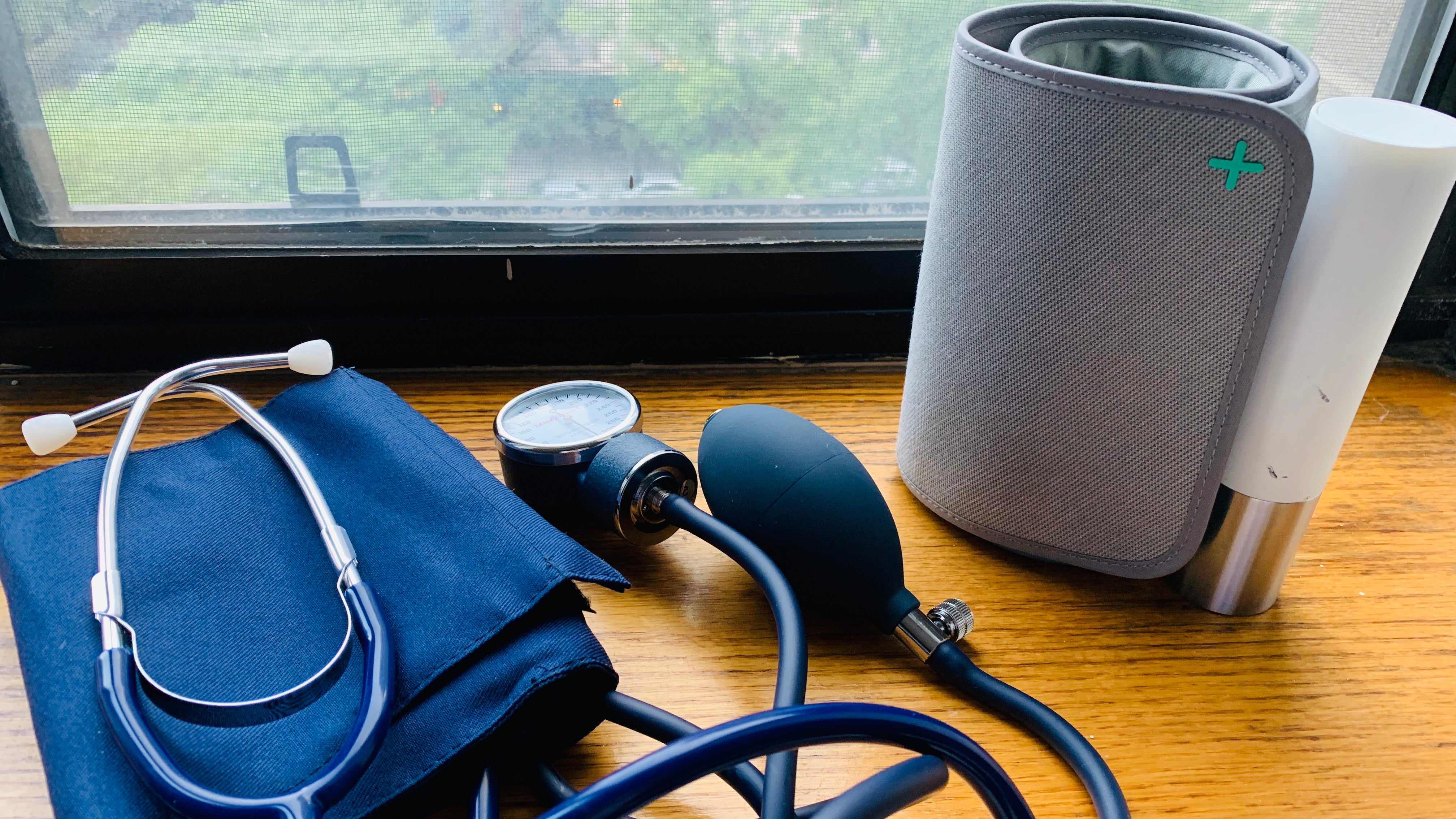 A manual kit is £20 at the chemist. The BPM Core is £230. The results are comparable. However, the manual kit is less prone to error, while the Withings app gives you an easy place to record your data. (Photo: Victoria Song/Gizmodo)

The BPM Core’s real advantage over more affordable options is its companion app. Withings makes it really easy for you to be that guy who rolls into the doctor’s office armed with wearable data, demanding to know what’s wrong with you. Not only can you get PDFs of your ECGs, if you get an abnormal “heart sound” reading, you can whip out your phone and make your doctor listen to a 20-second clip of your wonky heartbeat. (Again, however, I only got inconclusive readings regarding my valvular health.) Whether doctors will find this helpful probably depends on how much of a hypochondriac you are, but used properly, I can see it being useful.

Given all this, is the BPM Core worth it? If you’re under 40 and otherwise healthy, definitely not. But if you’ve been diagnosed with hypertension, or have a family history of heart disease, it depends on how proactive you feel about monitoring your health. For data nuts and people who want to take an active role in their health, having one device that does three readings and allows you export your data as PDFs is clutch. For everyone else, £230 is a steep ask when a fraction of that will get you an electronic blood pressure monitor that gets you the same readings and isn’t quite so finicky about placement. Still, I can see some future, more affordable iteration of the BPM Core—one where all the kinks have been smoothed out—as an at-home tool that could genuinely help people better communicate with their doctors. That alone is pretty cool.