On 3 October 2018, the Hayabusa2 spacecraft dropped a lander toward the surface of the asteroid Ryugu from 135 feet up. The lander, MASCOT, hit a boulder, bounced backward, and tumbled 55 feet along the asteroid’s surface before coming to rest upside down in a hole.

But this wasn’t the end for MASCOT. The lander was able to flip itself over and snap some incredible images of the rocks on Ryugu, both during its 6-minute descent and its 17 hours on the surface before its batteries died. Scientists have released these images, which could have exciting implications. Fascinatingly, the surface looks a whole lot like meteorites found on Earth called carbonaceous chondrites. 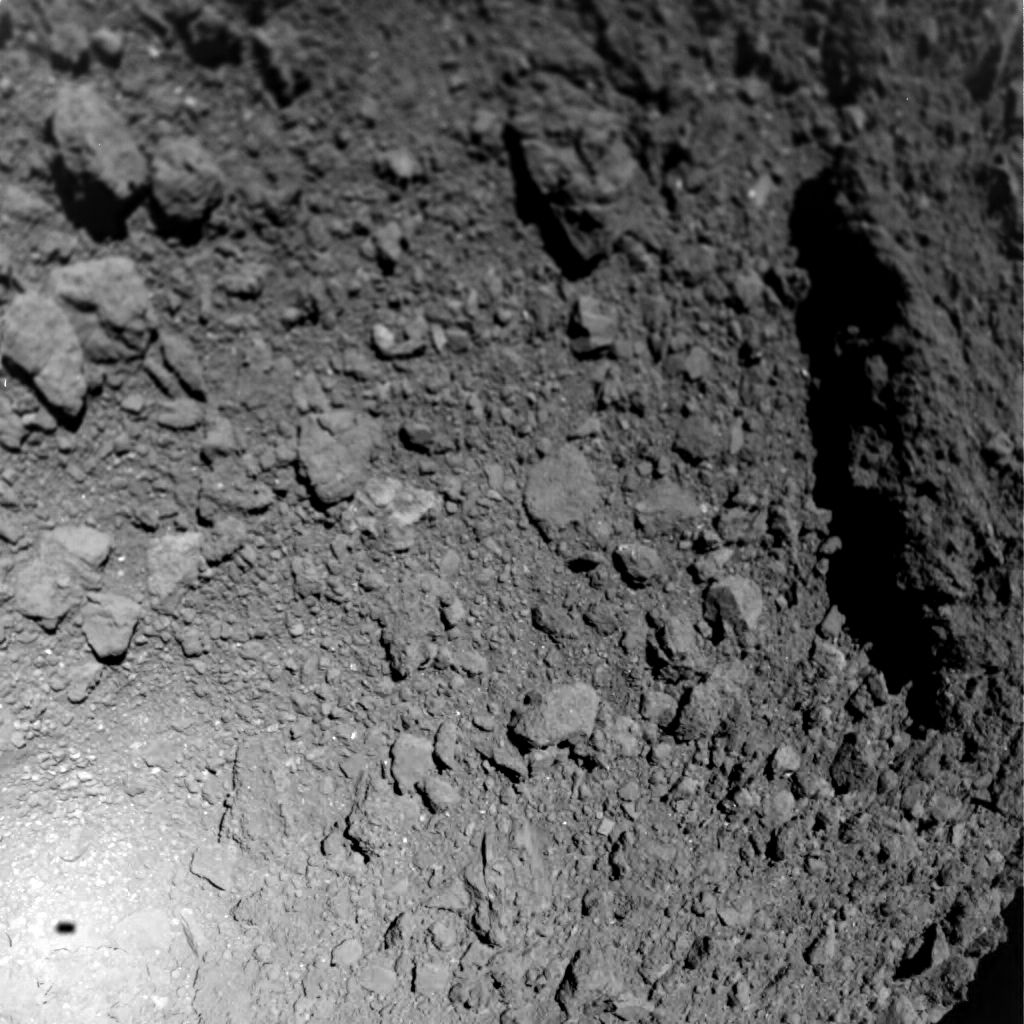 “What we have from these images is really knowing how the rocks and material is distributed on the surface of this asteroid, what the weathering history of this stuff is, and the geologic context,” Rolf Jaumann, the study’s first author from the German Aerospace Centre, told Gizmodo. “It’s the first information on this kind of material in its original environment.”

The images revealed different kinds of rocks on Ryugu’s surface, including dark, cauliflower-like crumbly rocks and brighter, smoother rocks, all between a few inches and tens of yards across. But there seemed to be no visible dust—this suggests that there must be some process removing the dust, which is either being lost to space or sucked deeper into the asteroid. On closer look, these rocks seemed to contain bright parts, inclusions of some different material, according to the paper published in Science. 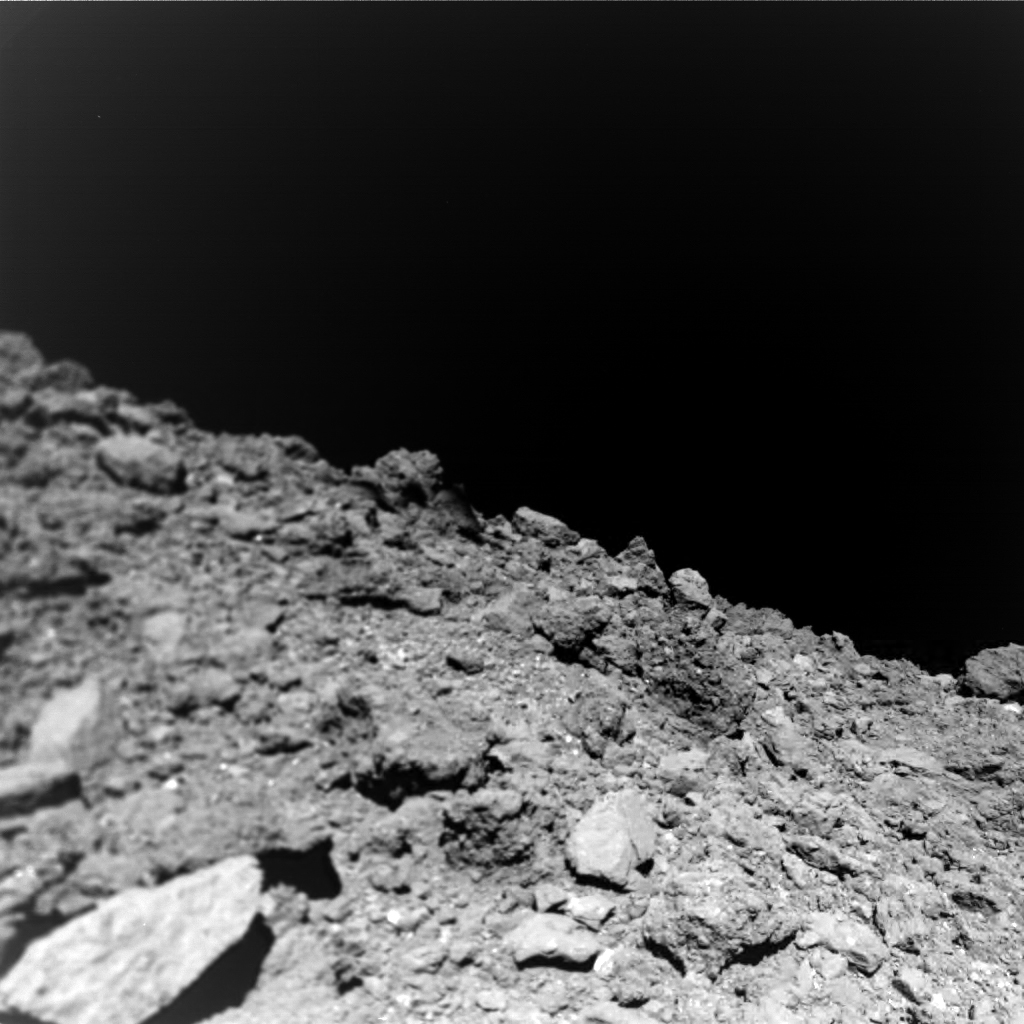 Those inclusions are exciting: They seemed bluish and reddish, Jaumann said, and appeared to be similar in size to the inclusions found in carbonaceous chondrites found on Earth. That’s a big deal.

“This is the first time ever that we’ve seen a boulder of something that ends up passing through the atmosphere, something we have in museums and laboratories all around the world,” Kerri Donaldson Hanna, planetary geologist and assistant professor at the University of Central Florida not involved in this study, told Gizmodo. It would be a direct link between rocks on Earth and rocks in space. 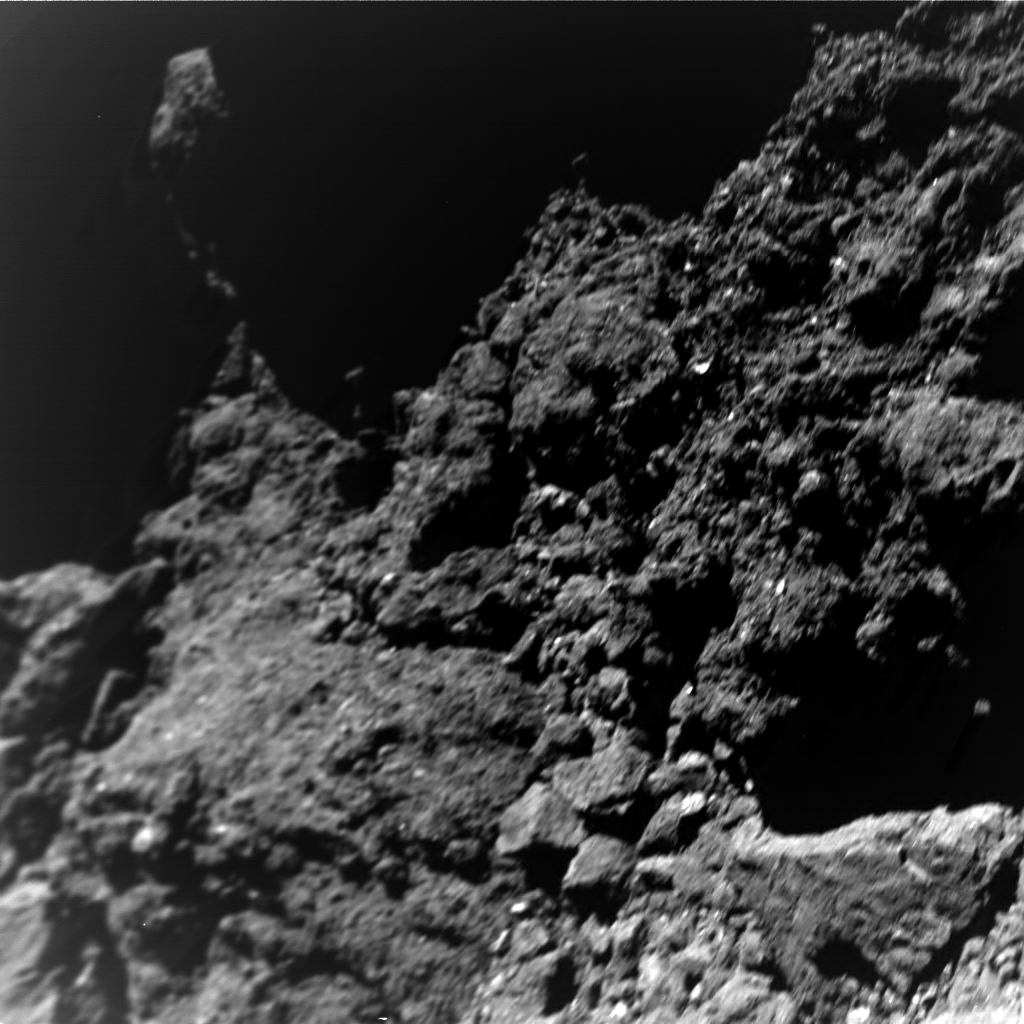 But there’s still an element of mystery. Neyda Abreu, associate professor of geoscience and mathematics at Penn State DuBois, told Gizmodo that it’s still unclear which of the several types of carbonaceous chondrites Ryugu would become if it were to enter Earth’s atmosphere. She hopes to see more data soon, like the actual abundance of inclusions in these rocks. Maybe Ryugu won’t exactly match any of the carbonaceous chondrites in our collections. “Having something we haven’t seen before is always exciting,” she said.

There’s more to this mission than amazing pictures. Hayabusa2’s end goal is to collect material from Ryugu and bring it back to Earth, where scientists can study real, mostly unaltered asteroid pieces up close. And, based on its composition, Ryugu might contain some of the oldest matter in the solar system, dating back to the days when the planets were first forming.

Hayabusa2 is due to return to Earth late next year.