We Saw 8 Minutes of Pixar's Onward, About Brothers Questing to Bring Their Dad Back to Life

Pixar movies always seem to have a deeply touching premise and their next film, Onward, is no different. Fans saw about eight minutes of the movie at the D23 Expo over the weekend and the scenes were a perfectly-Pixar blend of magic and emotion.

Onward is written and directed by Dan Scanlon, as well as being loosely based on his life. In the footage, we see Ian and Barley (voiced by Tom Holland and Chris Pratt) on Ian’s 16th birthday. Their mother, voiced by Julia Louis-Dreyfus, says she has something for them from their dead father. It was something he wanted her to give them when both brothers were 16. So she comes down from the attic with a long, skinny item wrapped in rags. The brothers open the rags to find a wizard staff, one that looks very much like something Gandalf would have in The Lord of the Rings movies.

The staff comes with a note, which Ian reads. In it, their father explains that the world was once filled with magic, but that has gone away now because it was too hard for most people. He hopes, though, that even though he’s gone, there’s still some magic left in the world. So he wrote a “visitation spell” that will bring him back to life for 24 hours to let him see the men his young sons have become.

Barley, who is older, realises they can’t perform the spell without an “assist element” but there’s one wrapped up too. It’s a stone called a Phoenix Gem. And so Barley puts the gem in the staff and starts to stay the words. But it doesn’t work. He tries and tries but nothing. After a while, the family gives up.

Later, a dejected Ian starts to read the spell again and the staff comes to life. He keeps reading and things keep happening. Barley hears the commotion and comes in and freaks out. Ian is doing it. First the shoes. Then the socks. Then the legs. He’s bringing their father back to life.

However, Ian doesn’t know what he’s doing. and the magic starts to get too powerful for him. The gem explodes. As the brothers get up they realise there’s something in the closet. It’s the waist, legs and shoes of their father. Nothing more, just the lower half. They look at it in amazement. Is this really their Dad? So Barley taps a foot with his hand to a familiar musical beat, and the foot responds. The foot taps then the same beat and Barley answers. Yes, it’s me Dad, Barley says. They half got the spell right and now only have 24 hours before this odd, half version of their Dad goes away forever.

To fix things, they need a new Phoenix Gem, but this isn’t a world that deals in those kinds of things anymore. So, Barley goes into his fantasy card deck (kind of like Magic the Gathering but here called something like Quest Yolo) and pulls out some cards. He says the game is based on real life and they need to find The Manticore, a person who will help them find a Phoenix Gem. And that’s the end of the footage. 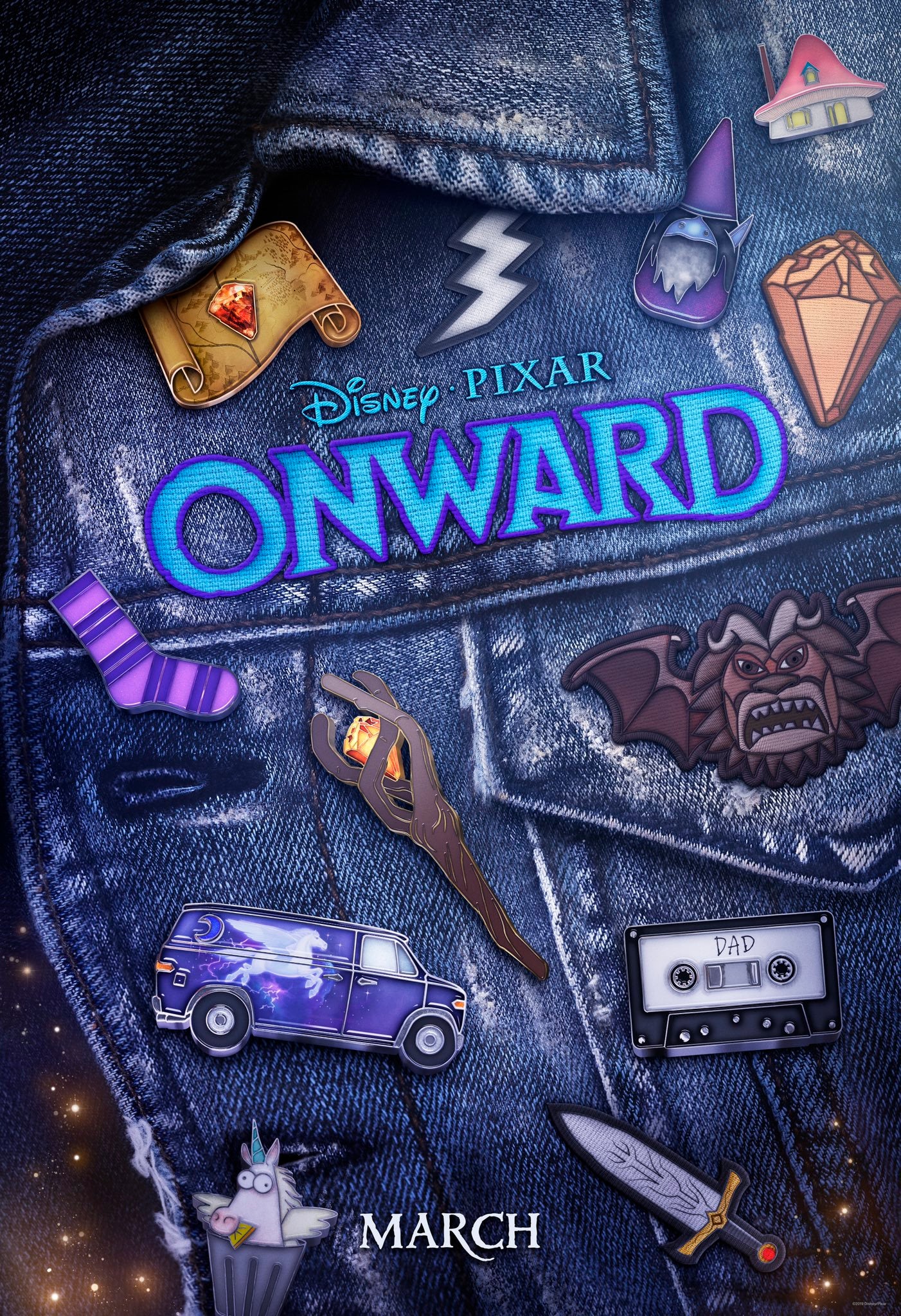 The poster for Onward. (Image: Pixar)

A second scene was shown, too. This one is of Ian, Barley and their father - who the boys pile clothes on top of in almost a nod to Weekend at Bernies’s - running out of petrol only four hours into their quest. Ian has an idea though. Use magic to get petrol. Barley points out he can enlarge the fuel can, which has a few drips of petrol in it, and that’ll make the drips into a lot of gas. So Ian tries. But he’s wild, unsure what to do and, instead of making the can grow, he mistakenly makes his brother, Barley, super small.

Is Barley that size the rest of the movie or is it just a gag? That was unclear. But what was clear is that Onward is going to tell a heartbreaking story of two brothers hoping against hope to see their dead dad one last time.