The market might be dominated by Apple and Samsung – with an occasional ripple of interest every time a new Pixel arrives – but there are more companies out there making phones than you might have realised. Not only that, they’re often doing more in terms of innovation and experimentation than the big names.

At the last count, between the two companies, Apple and Samsung accounted for two-thirds of the smartphones shipped in the US: the top five phones sold in the second quarter of 2019 were (in order) the iPhone XR, the iPhone 8, the iPhone XS Max, the Galaxy S10 Plus, and the Galaxy S10.

Look globally though, and it’s a slightly different story. Over the last couple of years, Apple’s star has fallen, while the likes of Huawei and Xiaomi are on the rise.

When it comes to the global market, as far as phones shipped in the second quarter of this year are concerned, it’s Samsung out in front with 22.3 per cent, with Huawei coming in second on 17.2 per cent, and Apple finishing off the top three with 11.1 per cent. Xiaomi took 9.4 per cent, Oppo managed 8.7 per cent, and then everyone else makes up the rest (almost a third).

Whether you want to try something different for your next smartphone upgrade, or you just want to know more about the way the industry is heading, these are the phone companies you need to be aware of. 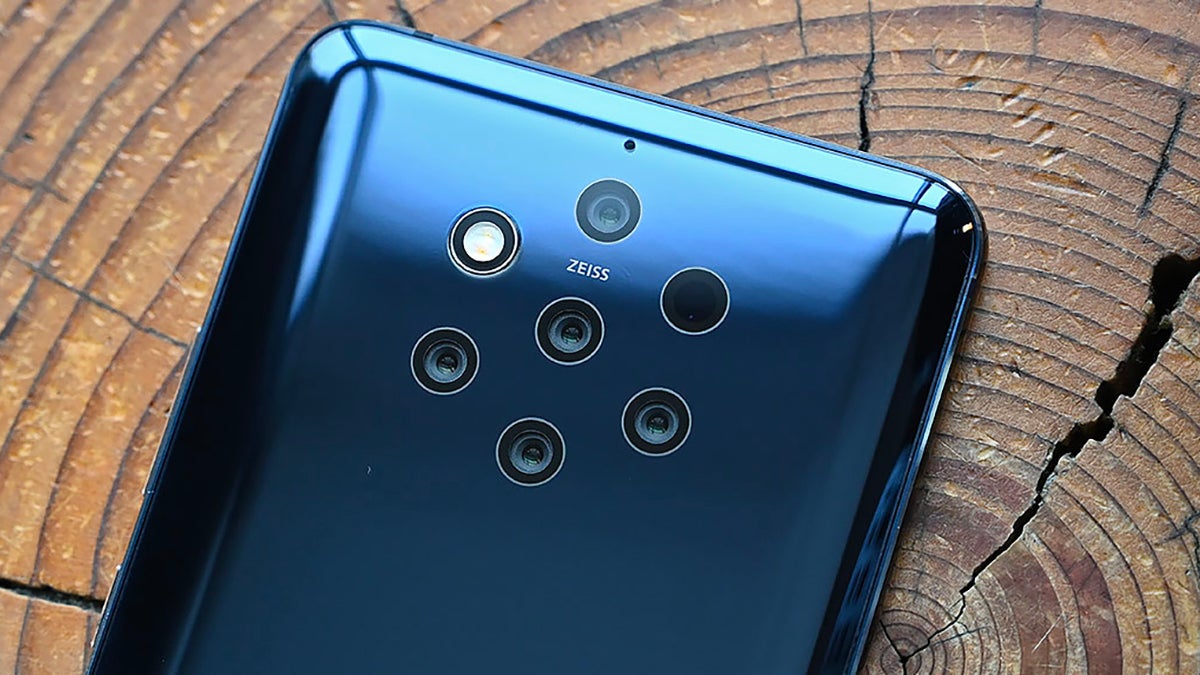 What is it? Once the biggest name in mobile, it’s now a brand owned by HMD Global.

Recent products of interest: The five-lens Nokia 9 PureView, pushing the boundaries of what’s possible with phone photography. Over the last couple of years, the Nokia 7 series phones have been standard-bearers for excellent value, and the Nokia 7.2 just made its debut at IFA 2019.

Why you should care: Nokia has long been associated with excellent phone cameras, a tradition it’s managed to continue (HMD Global was formed by ex-Nokia employees). It’s also continuing to show how appealing a combination of low prices, solid build quality, and near-stock Android can be – who knew?

What is it: From one of the oldest phone companies to one of the newest – a Chinese startup ready to take on the big players.

Recent products of interest: The Realme XT is the first smartphone to market with a 64MP camera sensor, showing it’s not always the best-known manufacturers who claim the key firsts.

Why you should care: Spun out of Oppo, Realme wants to combine top specs with innovative design, and from the year or so that it’s been in operation, it seems to be making good on that promise. Having begun operations in India and Asia, it’s now pushing out to Europe and beyond.

What is it? Founded by ex-Nokia employees to carry on the development of the MeeGo-derived operating system called Sailfish OS.

Recent products of interest: Jolla has only ever put out one phone, back in 2013, to help build Sailfish OS.

Why you should care: With Huawei’s ongoing woes in the US, the focus is back on alternative mobile operating systems, and the Linux-based Sailfish OS is one of the best alternatives around. It doesn’t have the app selection of the Google Play Store of course, but it does have all the stock apps you’re going to need – and in the current climate, you might be hearing a lot more about Sailfish OS in the future. 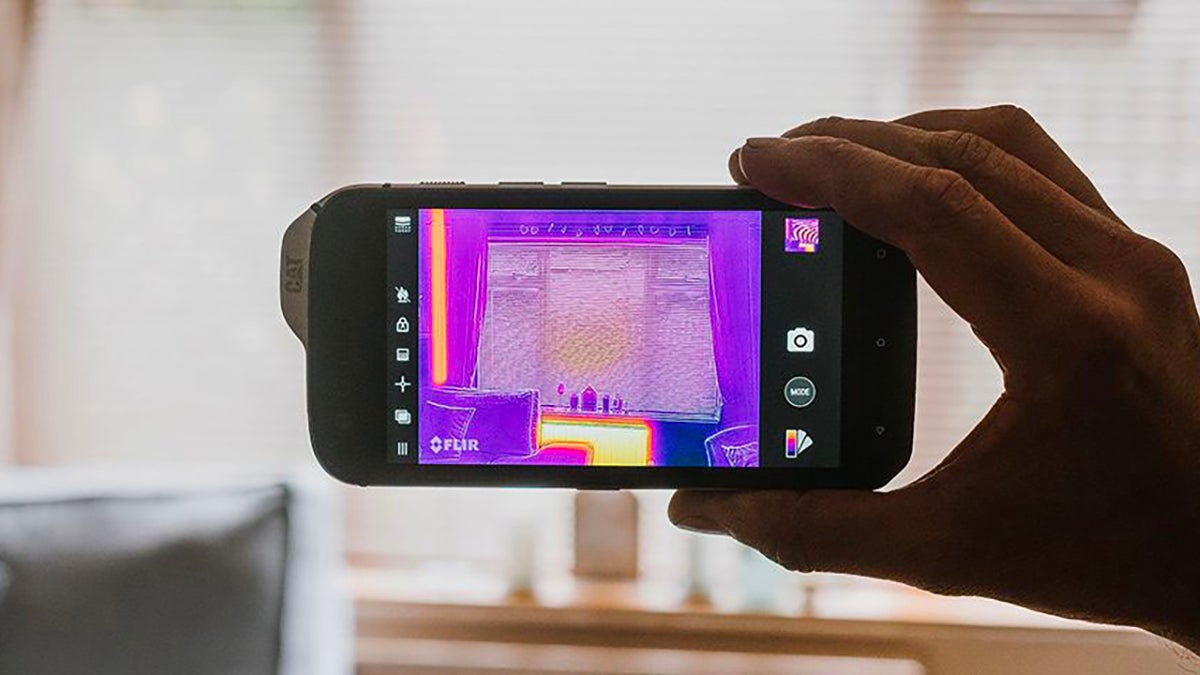 What is it? A mobile phone maker that releases handsets in partnership with brands like Caterpillar and Kodak.

Recent products of interest: Think rugged, outdoor phones – like the Land Rover Explore or the Cat S61 that features a thermal imaging camera and an air quality monitor.

Why you should care: Plenty of modern phones come with waterproofing now, but if you want something that’s really rugged, Bullitt can help – you definitely won’t need a case. The company is also pushing features like the aforementioned thermal imaging camera, and battery life that lasts more than a day.

What is it? A French smartphone company marketing phones built in China.

Recent products of interest: The View3 and the View3 Pro are the most recent Wiko handsets of note, giving much more expensive phones a run for their money.

Why you should care: Wiko phones don’t necessarily break much ground in terms of innovation – though they were one of the first handset makers to buck the notch trend – but like a lot of the Chinese brands, the company manages to marry affordability with respectable design and performance. 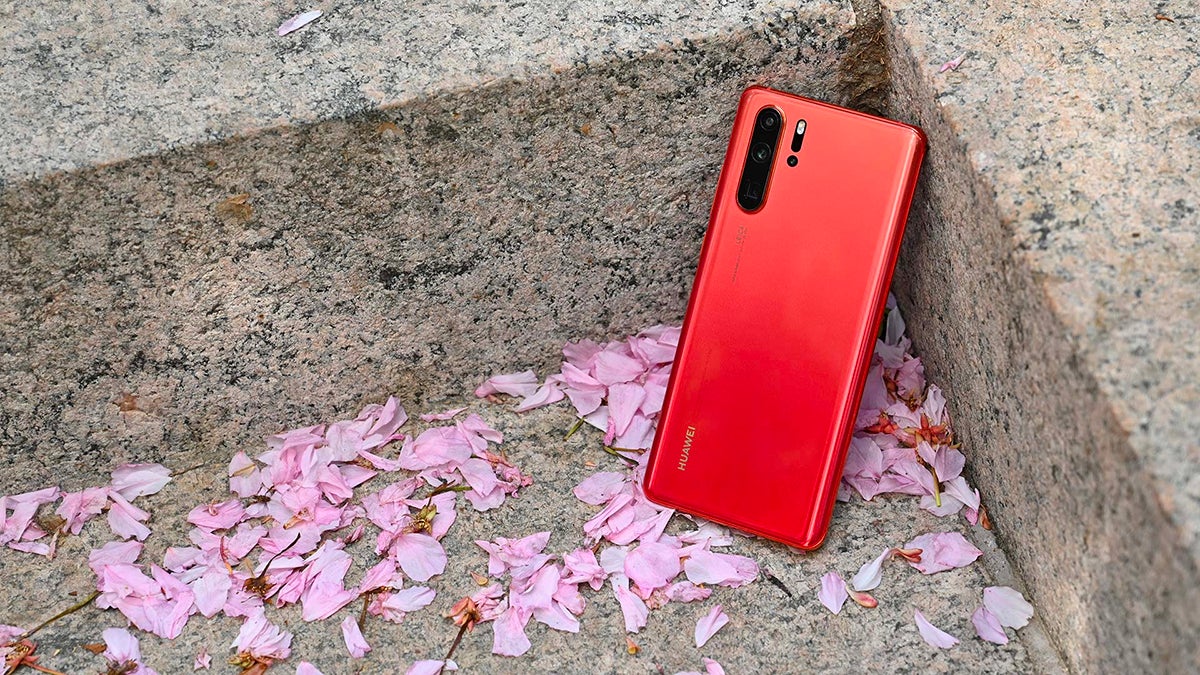 What is it? Chinese giant currently feeling the brunt of US-China trade sanctions, including its budget-focused Honor sub-brand.

Recent products of interest: The Huawei Mate X, which together with the Galaxy Fold was one of the first genuine foldable phones to appear (though it’s still not on sale). The Huawei P30 Pro, with a special periscope lens design that enables 5x optical camera zoom.

Why you should care: With or without trade bans, Huawei struggles to sell phones in the US, but it’s been one of the driving forces behind some of the best smartphone innovations of recent years – not least cameras with multiple lenses and optical zoom. Thanks to the infrastructure side of its business, it’s often early to market with technologies like 4G and 5G as well. We’ll have to wait and see how well the upcoming Mate 30 does if it doesn’t have access to Android or any Google apps.

What is it? Like Huawei, a juggernaut of a Chinese phone maker, now expanding outside of Asia.

Recent products of interest: The Xiaomi Mi 9 is one of the best mid-range phones to have hit the market this year. The Xiaomi Mi Mix 3, meanwhile, was one of the first phones in Europe to come with 5G capabilities.

Why you should care: Xiaomi doesn’t have the same kind of profile as Huawei in the US, but its impact on the smartphone market could be even greater than its Chinese competitor. With the help of sub-brands like Pocophone, it produces excellent mobile hardware across all the price points. 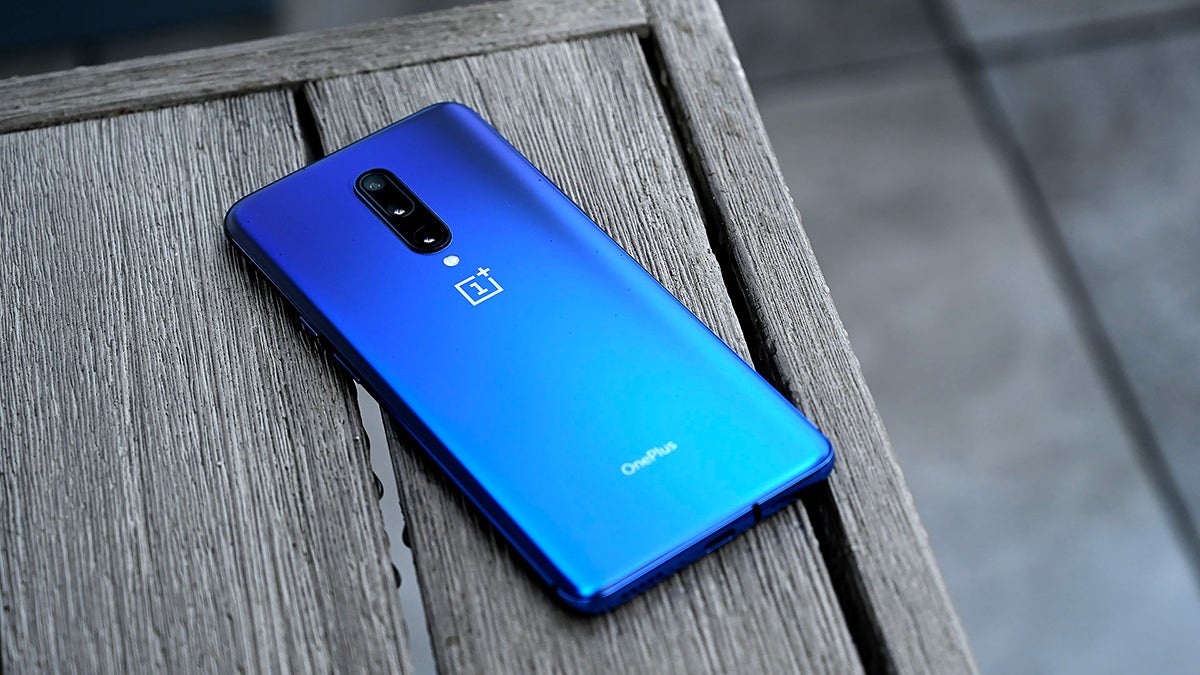 What is it? The company that wanted to kill flagships originally, but now seems happy to live with them.

Why you should care: OnePlus originally made its name producing very well specced phones sold at a much lower price than other flagships. Over time, its prices have gone up, but every year it still manages to put out smartly designed, powerful handsets that will cost you less money than the top Apple and Samsung phones.

What is it? Like OnePlus, a subsidiary of BBK Electronics, which is why its phone technology is often similar.

Recent products of interest: We’ve been wowed by the Oppo Reno 10x Zoom this year – have a guess what its stand-out feature is, just from the name. It’s also launched a 5G phone already, and recently pushed out a phone with a ‘shark fin’ pop-up selfie camera.

Why you should care: You’ll often see Oppo showing off next-generation technology ahead of time, even if it doesn’t actually appear in a phone right away – most recently, a selfie camera that can hide behind the front screen. If there’s a way to experiment with smartphone design, Oppo is usually doing it. 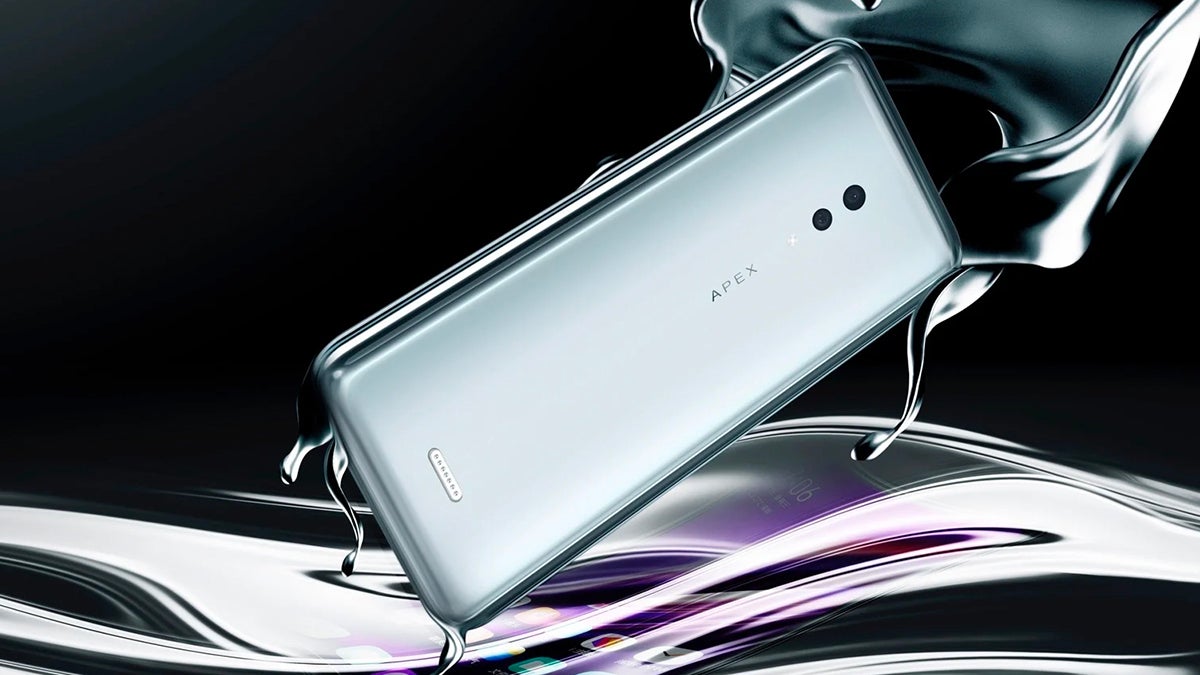 What is it? Another BBK subsidiary with OnePlus and Oppo, but one that tends to follow its own path.

Recent products of interest: Vivo phones aren’t crossing the globe like those from Huawei or OnePlus, but the Vivo Z1 Pro (with a hole punch notch) and the Vivo Nex (with a pop-up selfie camera) are two of its best recent efforts.

Why you should care: Vivo is another of the Chinese phone companies trying to keep handsets weird (and interesting at the same time). While you might not be picking a Vivo phone over an Apple or Samsung device anytime soon, it’s worth keeping up with the tech (like buttonless, port-free phones) that Vivo is developing. 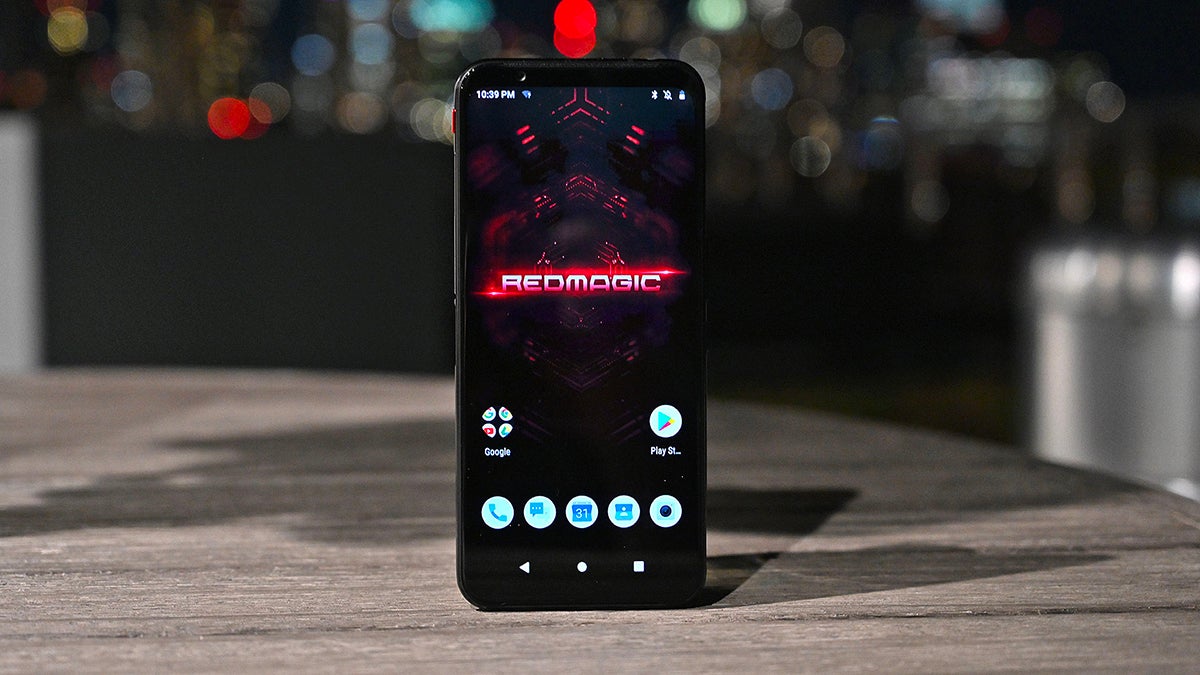 What is it? Spun out of ZTE (though still a partner company), now making phones in its own right.

Recent products of interest: The Nubia Red Magic 3 is the best attempt at a gaming phone we’ve seen yet. Last year we also had the Nubia X, which experiments with a second screen.

Why you should care: Nubia likes to experiment, like the rest of its Chinese counterparts, but it’s also very good at building flagship devices too. You’ll often see Nubia handsets described as “the best phone you can’t buy” – and the second half of that sentence might eventually change.

What is it? A communications behemoth that makes phones too.

Recent products of interest: ZTE handsets have been thin on the ground lately, because of issues with US suppliers, but there are signs of a resurgence.

Why you should care: Like Huawei, ZTE has been around a long time, and has grown to a substantial size, and is involved with many aspects of telecommunications, and has had its own problems with trading in the US. After almost going under, the size of ZTE means its future influence on smartphones can’t be ignored.

What is it? A colossus of a Chinese electronics company.

Recent products of interest: The BlackBerry Key2 was the most recent phone from a TCL brand that we’ve been impressed by, but the best products that the company has been churning out this year are Roku-powered TVs.

Why you should care: With brands like Alcatel, Blackberry, and Palm to its name, and a Samsung or Sony level of interest in multiple electronics categories, TCL is likely to shape the industry for years to come. At IFA 2019, it even started launching phones under its own name.

What is it? A smaller Chinese consumer electronics firm, notable because it could well be helping make a phone with TikTok owner ByteDance.

Recent products of interest: The Smartisan U3 and the Smartisan R1 are the company’s most recent mid-range and flagship phones, respectively.

Why you should care: One to keep an eye on thanks to its partnership with ByteDance, rather than a company that’s been having a dramatic impact on the smartphone market to date. It’s also worth noting that Smartisan is investing heavily in software and cloud services. 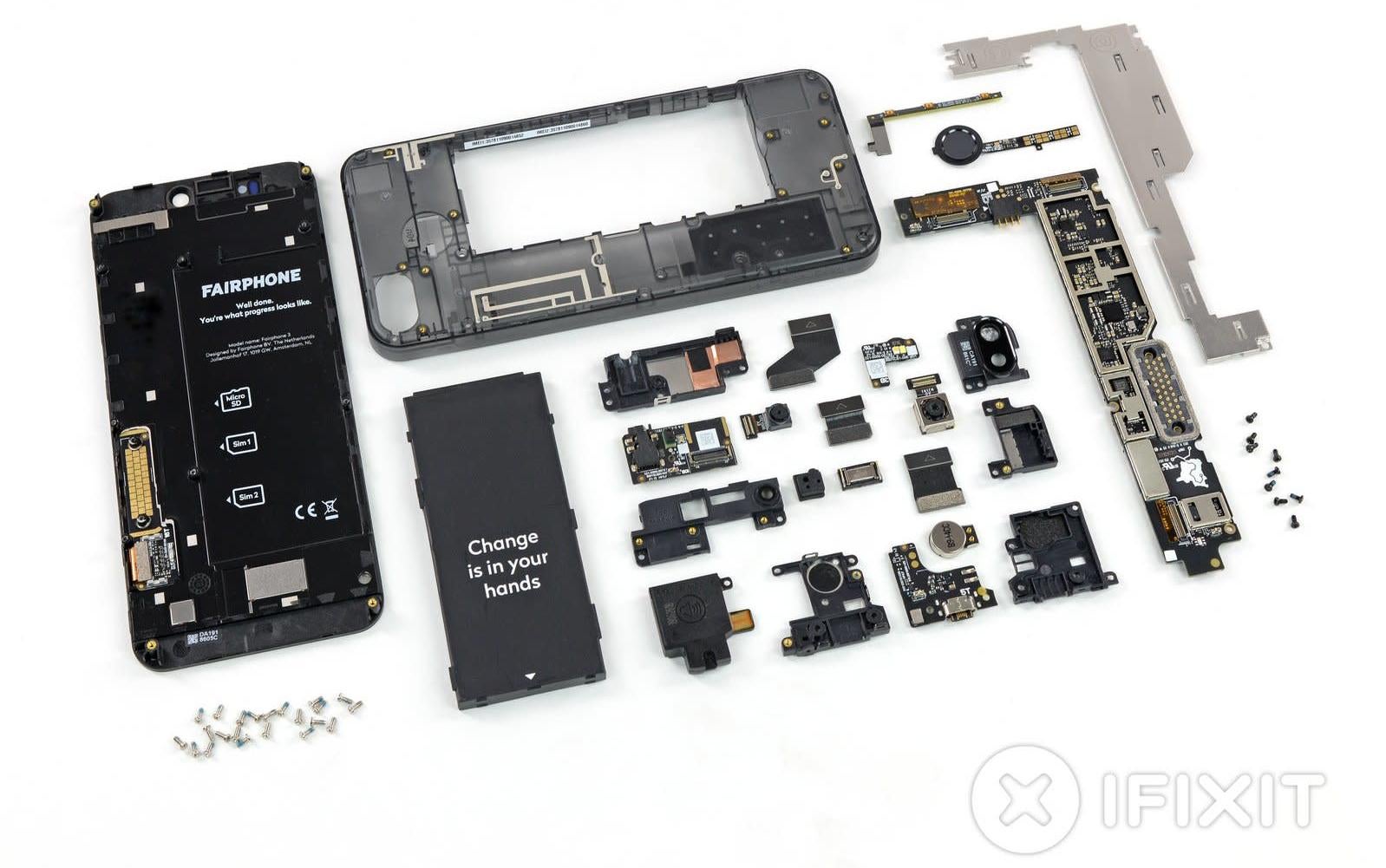 What is it? A plucky startup from the Netherlands focused on modular smartphones that are simple to repair and a dream come true for gadget-lovers who have ethical concerns about waste.

Recent products of interest: The Fairphone 3 is the company’s latest Android-based model its line of “long-lasting and sustainable phones.” This week, repair outfit iFixit published a teardown of the new device and gave it a rare perfect score for repairability. And while most manufacturers appear to have decided that the public is uninterested in modularity, Fairphone is keeping the dream alive.

Why you should care: While companies like Apple jump through increasingly complex hoops to justify why they need to make it difficult for people to repair the devices that they bought with their hard-earned money, you’ll be hard-pressed to find a dab of glue in the guts of the Fairphone 3. And though the reviews of its latest DIY-dialler rank it as a serviceable if not mindblowing product, it should only get better as it gains adopters.