How Mesh Messaging Apps Work, and Why You Might Need One

A particular type of app is back in the news on the back of the Hong Kong protests: Mesh messaging apps that allow users to keep in touch without relying on wifi networks, mobile networks, or any other type of infrastructure controlled by the authorities... and these apps can be useful whether or not you’re trying to stay under the radar of the government.

Mesh or off-the-grid messaging apps rely on device-to-device communication, rather than sending their 1s and 0s via a wifi router or telecommunications tower. They can use Bluetooth, or ad hoc wifi (the same sort of ad hoc wifi your phone might set up when it’s trying to get a smart speaker or a home security camera online).

The obvious benefit is there’s no one in the middle of the conversations you’ve got going, and that makes them much harder to monitor or control. Governments and hackers can’t tap into cellular towers to block channels of communication, for example, or listen in on the data being beamed to your internet service provider, or bring down websites that you’re relying on to stay in touch.

You’ll often see these apps referred to as offline apps because they don’t log into traditional online networks, or as peer-to-peer apps – they work in the same way as torrenting software does, making connections between users rather than sucking files from one central repository.

Of course Bluetooth and wifi don’t go on forever, which is where these apps get really smart: They use devices that have the same app installed to pass on messages, like a relay team might pass on a baton – this is all invisible to the people doing the passing on, so it’s not like your message to your mum is being read by dozens of people on the trip. 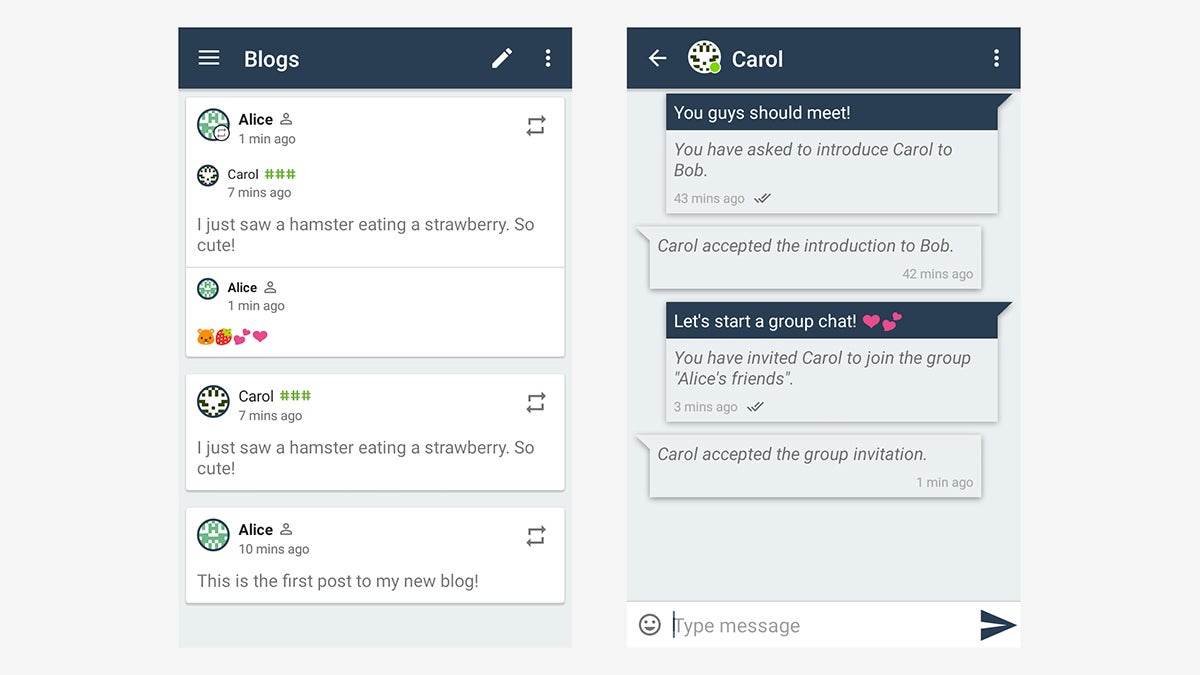 A similar sort of principle is deployed with tracking tags like Tile, and will soon be introduced with Apple’s Find My app – other users with the right app installed can be anonymously enlisted to broaden the network, whether that’s to track down a missing MacBook or pass on an encrypted message.

That does highlight one weakness in these apps: Wifi and mobile coverage are pretty much ubiquitous, at least in urban areas, whereas you might go for hundreds of miles without finding someone running one of these mesh messaging apps. They rely on groups of users in close proximity to work effectively.

The range typically maxes out at around 100 metres or 328 feet, and that’s in ideal conditions – it’s less if you’re inside a building or not in a direct line of sight with someone else. If mobile or wifi connections do become available, these can be used to expand the reach of the network.

While apps like WhatsApp, iMessage, Signal, and others use end-to-end encryption to stop spying, these offline messaging apps go one step further to avoid relying on the traditional networks completely. They’re harder to shut down as well as being difficult to monitor.

And as we’ve said, you don’t have to be trying to stay one step ahead of the authorities to make use of these apps. They can also come in really handy when you’re out on a camping trip without access to cellular networks, when there’s a power outage or some kind of natural disaster, or when you’re on a cruise ship or aeroplane. You could even use them with friends and family at gigs and festivals. 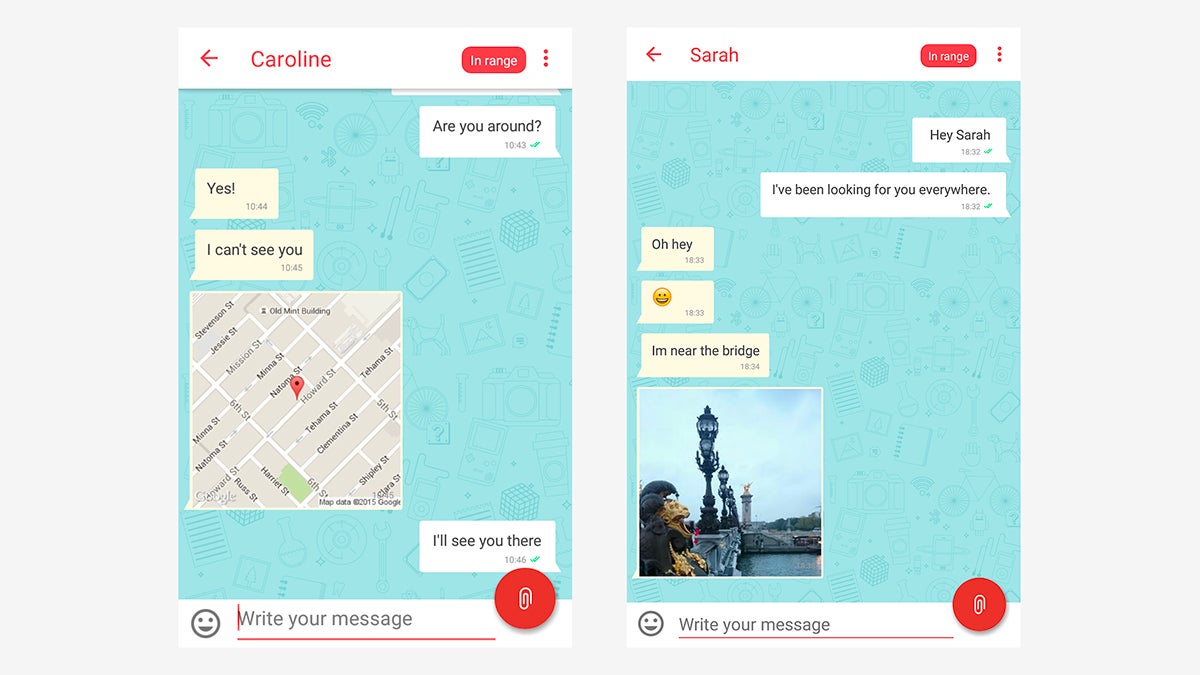 Of the many peer-to-peer messaging apps available, Bridgefy for Android and iOS seems to be the most reliable and the one that’s most actively developed right now (it also licenses its technology out to other app makers). Besides offering one-to-one communication, it also lets you broadcast messages to everyone in a certain area—a bit like a status update that anyone around you is able to pick up.

Another option worth looking at is Briar, which is only on Android. It’s simple but it’s slick, and it’s designed specifically for activists, journalists, and “anyone else who needs a safe, easy and robust way to communicate” – to that end it uses the Tor network, if an internet connection is available, to prevent outside monitoring and eavesdropping.

In the past, Firechat (Android, iOS) has been mentioned as one of the leading mesh networking apps, and it features options for discovering people and groups near you besides accessing the contacts you already know. However, recent updates seem to be buggy and we weren’t able to get it to work.

There’s a hardware angle to this as well: Using a device like the goTenna Mesh (yours for £149) you can create your own off-the-grid, peer-to-peer network and have your phone connect to that rather than wifi or a mobile network. That means any app on your device could hook up to the mesh – provided of course that the people you wanted to speak to also had goTenna Mesh devices with them.

It’s obviously not going to replace your day-to-day communications, but a device like this can be useful if you’re out camping, or if the traditional networks are down for whatever reason, or if there are a handful of people you need to keep in touch with locally – and the range is four miles (6.4 kilometres).