Steven Bellavia couldn’t find the astrophotography setup he wanted, so he built his own. The engineer’s “Bellavia Mini” combined decades of expertise and a love of telescope building into an observatory that fits in the back of his car. Bellavia laboured over perfecting every element – the optical tube is made from wood, rather than aluminium, to prevent distortions from temperature changes, for example.

On a recent night under the stars, before he’d finished setting up and initialising his telescope, I had already snapped a decent picture of the Whirlpool Galaxy using a new product called Stellina. I have never owned a telescope before. 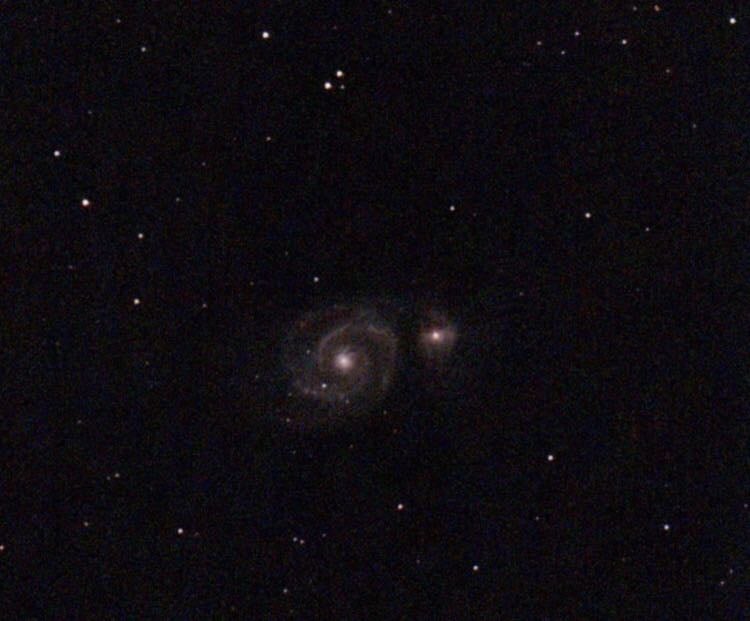 Stellina is a backpack-sized, smartphone-controlled, motorised “observation station” that looks like one of the turrets from Portal. It takes detailed images of a large selection of deep-sky objects like galaxies, nebulas, and clusters of stars with just a few taps. I was sceptical when I first heard about it. The Stellina costs €3,999 (£3,542), while decent telescopes can cost less than a thousand, and it doesn’t even have an eyepiece! But an evening stargazing with Bellavia convinced me that it’s an impressive piece of technology for those hoping to understand the sky better. It might just challenge your definition of what a telescope can be.

What is it?: A telescope with super smarts that removes the guess work when peering at distant galaxies.

Don't Like: Better photos can be taken if you build out your own kit.

You might think of telescopes as microscopes for the sky, portable tools you build or buy at a hobby shop and use outside to see the moon, planets, and deep-space objects through an eyepiece. But many modern telescopes aren’t used for live viewing – they’re observatories or astrophotography setups designed to collect as much light as they can from the night sky using lenses and mirrors, building that light up over time using sensors hooked up to computers, creating amazing images to be viewed later. My initial scepticism came from thinking of the Stellina as an expensive version of the former, rather than a comparably-priced version of the latter. I first heard about Stellina back in 2018 at a press event and didn’t know nearly enough about telescopes to be impressed. “Yadda yadda, more expensive and ‘disruptive’ tech, who cares,” I thought. But I met Bellavia that night, and he was eager to get his hands on the device. Though he’s s a member of the amateur astronomy community, you could hardly call him an amateur anything. The quick-talking engineer from Brooklyn, New York built his first telescope at ten years old. Today, he’s an astronomy professor at Suffolk Community College on Long Island, also in New York, and a senior engineer at Brookhaven National Lab who worked on the upcoming Large Synoptic Survey Telescope. He had built an astrophotography setup that nearly matched Stellina’s specs, and operated other off-the-shelf automated setups as well.

When I received the Stellina review unit earlier this summer, I immediately reached out to Bellavia for his help. I lugged the heavy package in a shopping bag on the commuter train from Manhattan, then drove out to meet him at the Custer Observatory, a nonprofit located under the relatively dark skies of Long Island’s North Fork.

Setting up the Stellina took only ten minutes with the help of an accompanying video – I just had to take it out of the box, charge and attach its portable battery, screw in the tripod, and download the app. The app directed me through further setup, like connecting my phone to the Stellina via wifi. Once it got dark, a few taps and the telescope located itself via GPS and aligned itself with the stars, a task it completed far quicker than the Bellavia Mini. I then used the app to instruct the Stellina to point towards something in the sky from a list of objects. Various in-app screens. On the left, a warning while the Stellina initiates letting me know that it might still be too bright out to image the sky. In the centre, a description of the Wild Duck Cluster as I was imaging it. On the right, a warning that the temperature changed during my imaging, and that I should re-autofocus to prevent loss of image clarity from small changes to the telescope body. (Screenshot: Stellina/Ryan F. Mandelbaum)

Once Bellavia had his scope up and running, we took images of the Whirlpool Galaxy, the Omega (aka Swan) Nebula, the M22 globular cluster, the Wild Duck open cluster, and the Eagle Nebula, home to the famous Pillars of Creation. The Stellina uses proprietary software to take snapshots of the sky and stack them up in order to gather enough light to produce a single final image, while Bellavia’s setup used open-source software to do the same thing. Stacking can take upwards of a half-hour of observing. In the meantime, the Stellina app provides information on the object you’re looking at. You can also use that time to crack open a beer, talk about birds and boats, or appreciate the sky with other telescopes or just your naked eyes. We were treated to an International Space Station flyover and several meteors.

The two telescopes produced similar-quality images, though technical difficulties prevented the Bellavia Mini from producing finished products. I’ll note that Bellavia’s stacking and image processing program offered more customisation. Comparing the two setups and their respective software is kind of like comparing a hobbyist’s camera with its photos processed in Adobe Lightroom to a really good smartphone camera with its photos processed in Instagram. For an experienced user, Bellavia’s setups are capable of superior results, but the Stellina is so much simpler, with so much less room for error, that it’s going to get better results for most people straight out of the box.

Still sceptical that the Stellina might be Juicero-but-for-space-porn, I stood in front of its lens to ensure that it was really observing the sky and not showing me pre-made images. It stopped adding new frames as long as I stood in front, and some of my final images contained artefacts from our flashlights or passing car headlights.

Comparisons of telescope images of the Omega (aka Swan) Nebula. On the left is an approximately $4,000 (£3,219) telescope setup including an off-the-shelf refracting telescope, tracking mount, a camera, a cheap laptop, and stacking software. At the centre is the Bellavia Mini. On the right is Stellina. (Image: Steven Bellavia/Steven Bellavia/Ryan F. Mandelbaum)

Given the ease of setup, the user experience, and final image quality, the Stellina wowed Bellavia. And though €4,000 seems pricey, Bellavia explained that his Bellavia Mini probably cost him around $3,000 (£2,415), and he built much of it himself. Higher-quality images can be obtained with off-the-shelf telescopes, but these would still require tracking mounts, a laptop, and a camera, also totalling somewhere between $3,000-$4,000 (£2,415-£3,219). These setups require far more end-user work.

Not all amateur astronomers were excited about the Stellina, Bellavia explained. The loss of the eyepiece changes the experience, which is part of the reason Stellina’s marketing team calls it an “observation station,” rather than a “smart telescope.” Bellavia has interacted with others who don’t take his own automated astrophotography rigs seriously, since they’re not traditional telescopes. “It’s this hold onto the past thing that people have,” he said. But astrophotography is different. You could never see the Eagle Nebula’s details without some stacking.

Despite our wows, the Stellina didn’t bring us the evening’s most memorable moment. Partway through imaging a nebula, Bellavia pulled out a large Dobsonian telescope from a shed behind the observatory. The simple but powerful amateur telescope consists of a person-sized cardboard tube on a rotating stand with a mirror at the bottom to reflect light into the eyepiece. Bellavia pointed it all over the sky, jumping between nebulae, stars, planets, and globular clusters with familiarity like he was showing me around his house. I felt a new sense of awe upon seeing a globular cluster in real life through the Dobsonian telescope’s eyepiece. Stellina’s images of the same objects did not produce the same feeling. For a week after, I couldn’t stop telling people that the Ring Nebula really does look like a green ring in the night sky. 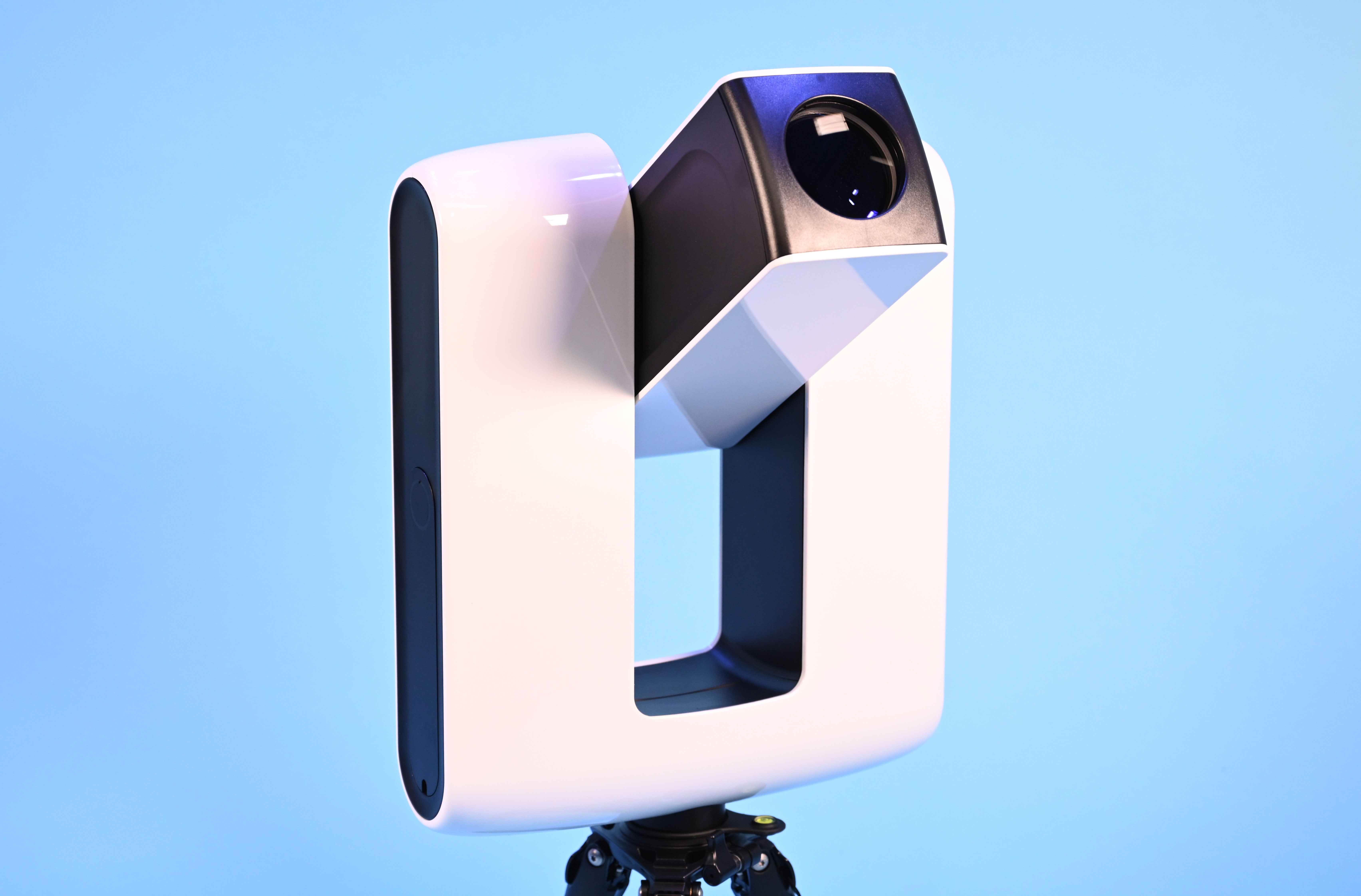 It’s not that our Stellina experience was worse than seeing the sky through an eyepiece. It was just more familiar to someone like me who already experiences much of the world through a smartphone screen.

But the Stellina succeeds at what its creators set out to do. It’s quicker than comparable astrophotography setups, with an intuitive and effortless user interface, producing impressive images with far less setup. There’s a social component, too, and Stellina’s founder Cyril Dupuy told me last year that there’s more to the scope than just producing pictures for social media. The creators may spearhead amateur astronomy studies or citizen science projects in the future. But perhaps it’s not a great substitute for someone interested in entering the hobby of amateur astronomy when, as Bellavia explained, “the work is the fun part for some people.” There’s a world of telescopes, cameras, and accessories specialised for imaging certain parts of the sky which can produce better or comparable images for the same price or less. Plus, you can only point the Stellina towards the objects listed in the app, and it’s not great for looking at planets. Meanwhile, for the most casual stargazers, €4,000 is a hefty chunk of change when Hubble versions of the objects Stellina images can be easily Googled, and when a Dobsonian or comparable setup can cost much less. 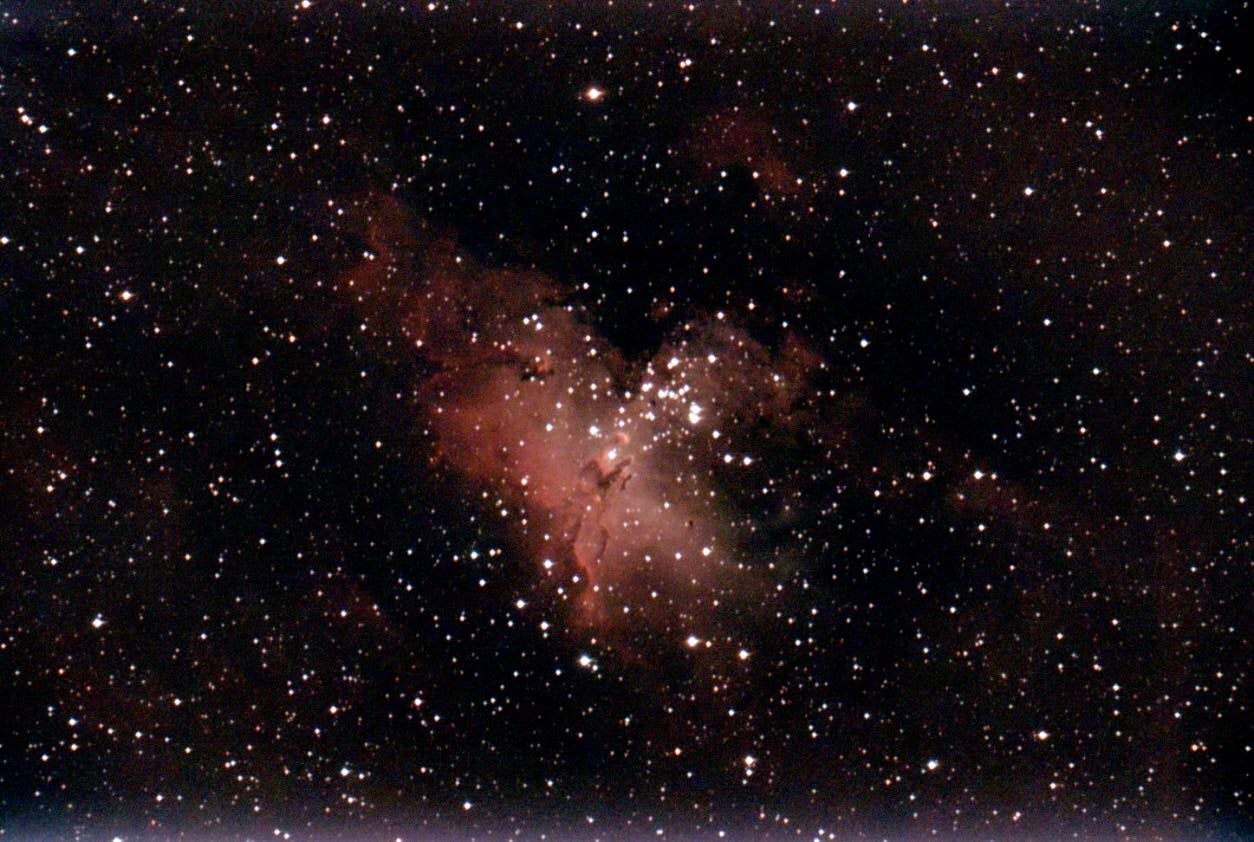 The Eagle Nebula with the famous Pillars of Creation at the centre, as imaged by Stellina. (Image: Ryan F. Mandelbaum)

But I’m sure there are plenty of people who want to create images of space themselves with an easy user interface and without expertise or hours of setup. Bellavia said it would make a perfect educational tool, and wished he could have one for his classroom.

“I can imagine this in a schoolyard with an astronomy club or class,” he’d told me. “‘Take out your mobile phone, we’re looking at this for class tomorrow.’”

The Stellina is a shockingly easy-to-use portable observatory for people who want to take awesome pictures of space to share with others but don’t have time to set up an astrophotography rig or take on astrophotography as a hobby. You might miss the eyepiece if you’re looking for something “authentic,” but it isn’t a traditional telescope. The Stellina is a capable and beautiful piece of technology that produces amazing images of the night sky.