Asus just showed off a brand new smartwatch at IFA – I guess it isn’t giving up on smartwatches after all. After releasing the Zenwatch 3 in 2016, it seemed like Asus had quietly withdrawn from smartwatches. Yet today the company proudly touted its new VivoWatch SP – a chic health-oriented wearable that boasts 14-day battery life, and “medical grade” ECG and PPG sensors.

To be clear, Asus didn’t totally gave up on wearables since we last saw the Zenwatch 3. It released the original VivoWatch in 2015 to little fanfare, and followed that up with the VivoWatch BP in 2018. It’s just that until now, the VivoWatch series seemed more of function-first, ugly-as-sin fitness tracker or medical device. That was a far cry from the sleek Zenwatch 3 and it was a real shame as it was one of the better Android smartwatches around at the time.

That’s why it’s refreshing to see the VivoWatch SP echo the Zenwatch’s design. It’s got a circular case and a ceramic bezel, and notably, the ECG and PPG sensors have been moved to the side and back of the device. (The VivoWatch BP had them on the front in a crime against design.)

More about those sensors in a moment. Overall the VivoWatch SP has some impressive features going for it. For starters, Asus says this baby can last 14 days on a single charge. And that’s not on a “watch-only” mode. That’s 14 days of tracking steps, heart rate, pulse oxygen levels, autonomic nerve activity, stress levels, and blood pressure. (I was told frequently using GPS or the ECG function would, of course, shorten that estimate.) For reference, the most I’ve gotten from a Fitbit Ionic was a week and the Apple Watch Series 4 regularly craps out on me after about 24-36 hours. Forget Wear OS watches. But that extra long battery life comes at a price – screen quality. An Asus representative told me the VivoWatch SP uses a hybrid LCD screen to conserve battery, but the result is a dark display that’s neither high definition or much to look at. 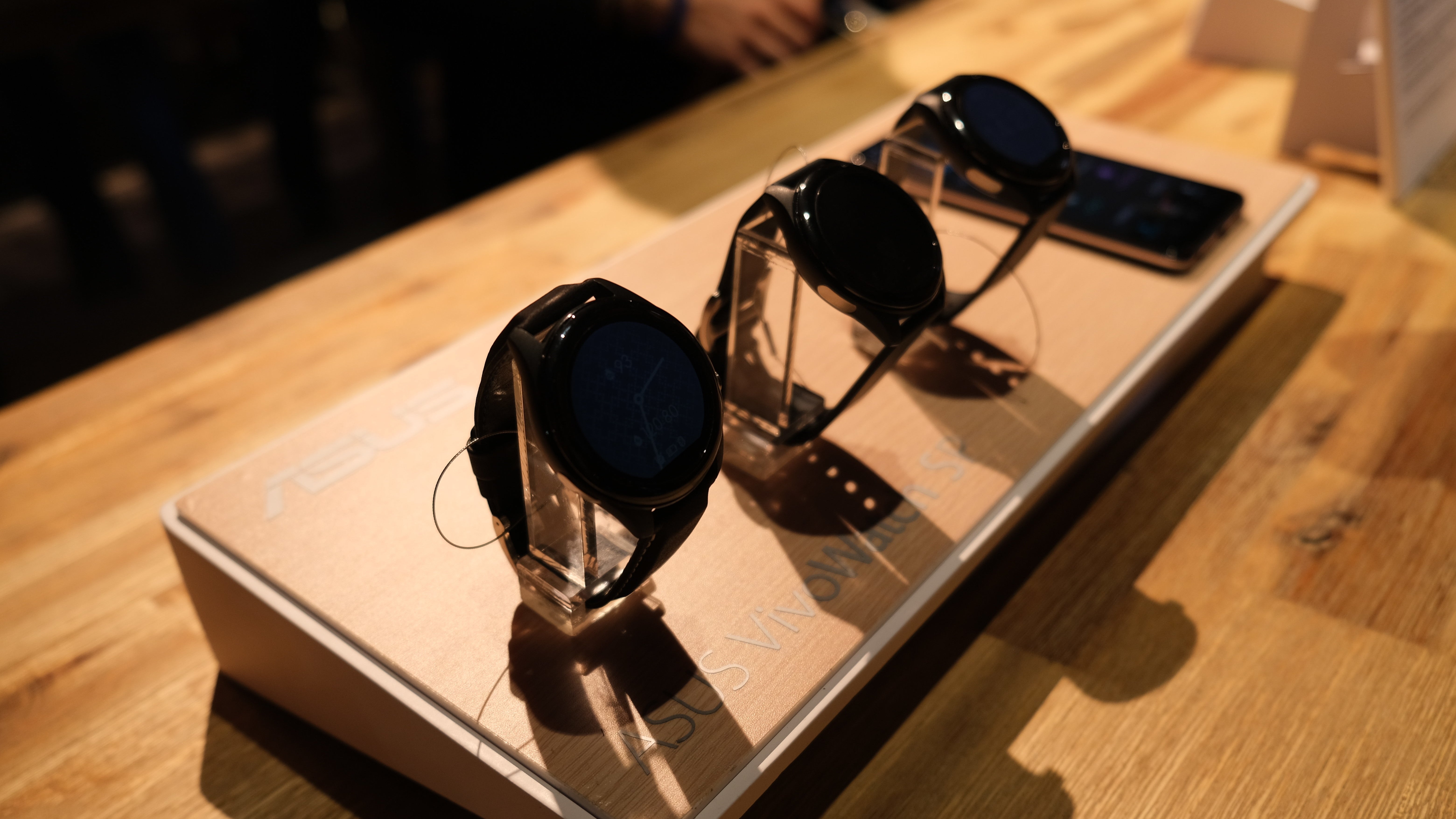 I was not kidding when I said the screens were dark. (Photo: Victoria Song/Gizmodo)

On the plus side, you do get built-in GPS for workouts, as well as some fitness features like pace coaching and activity maps. Asus also said it would be able to give advice based on data collected from an altimeter and via blood oxygen level monitoring. For example, if you’re hiking at a high altitude, the watch might nudge you to rest if it detects you’re pushing it too far.

Rounding out the features, the VivoWatch SP is also rated for 5ATM of water resistance – basically, the measure needed to be considered swimproof. As for the platform, it runs off Asus’ proprietary app – an interesting decision that possibly signals its experiences with the Zenwatch may have soured Asus on Wear OS.

All this sounds pretty cool, but I do have some reservations. Namely, during the press conference, Asus made multiple references to the fact its ECG and PPG sensors were “medical grade.” However, it also stated it expects to ship the devices by the end of the year. To be truly medical grade, the VivoWatch SP would have to be vetted by regulatory agencies like the US Food and Drug Administration or Europe’s Conformité Européenne (CE). I asked an Asus representative at the event whether the VivoWatch had undergone the approvals process, but was told this was not the case. When asked about how that might impact availability by the end of the year – these processes take forever, unless your name is Apple – I was told that it would depend on regional regulatory agencies and that some features may be made available later via software updates in the app. 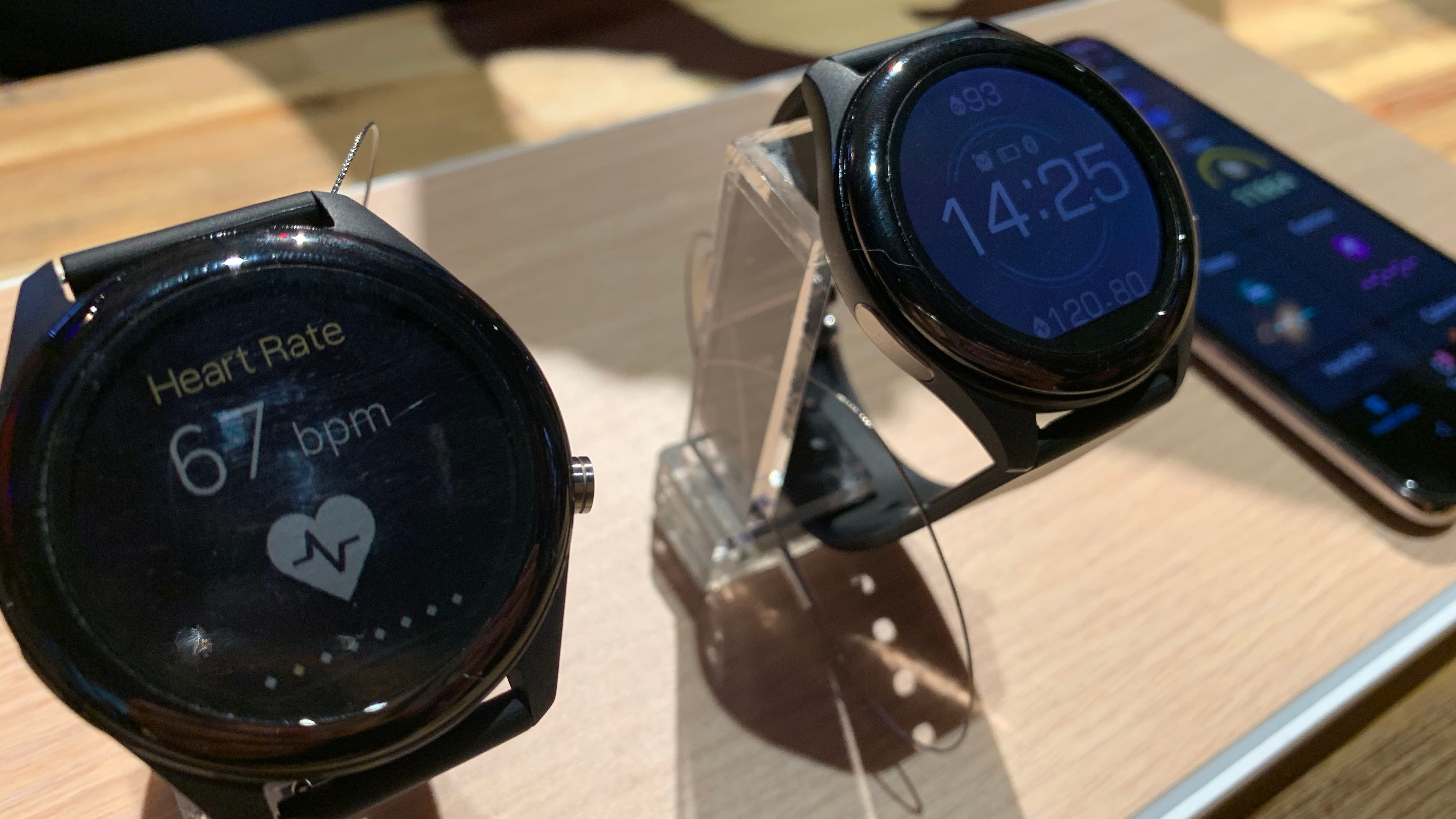 The screens are terrible, but 14 days of battery life... (Photo: Victoria Song/Gizmodo)

That by itself isn’t necessarily alarming. Samsung’s Galaxy Watch Active2 will also ship with the ability to do ECG testing in a future update. It is, however, worthy of an arched brow to tout your sensors as medical grade without proper bonafides. And without proper bonafides, it also calls into question the accuracy of the health advice you’re getting.

As for pricing, Asus didn’t offer any concrete details. It’s possible we’re in for a long wait for the VivoWatch SP – or, in the case of a speedy launch, that some of the announced features might get nerfed. In any case, it is good to see Asus get ambitious with its wearables again.