There’s a common problem with soundbars. They only sound as big as they are, and soundbars, by design, are compact systems. TCL wants to solve this problem with a new acoustic solution that can blast sound all around your living room thanks to some slick curves and Dolby Atmos technology. It’s a wacky idea, and it in my brief experience, it works.

TCL revealed its new Ray-Danz soundbar at IFA in Berlin this week. We were there for a demo which did not disappoint. The device itself looks like someone took a small soundbar and then installed swooping wings that shoot out either side of it. TCL calls them “acoustic reflectors.” Inside the small soundbar part, there are four drivers – two that fire straight ahead and two that point towards the swooping wings, projecting the sound outwards and upwards. The effect is not dissimilar to how you might cup your hands around your mouth to yell at a faraway friend.

The concept is interesting and echoes some research being done to use specially designed enclosures to boost speaker performance. While many companies use digital signal processing (DSP) to make their soundbars sound better, TCL says that its Ray-Danz soundbar relies on those swooping acoustic design manoeuvres. The resulting performance mimics a 3.1 surround sound system without the need for any satellite speakers, although, the TCL system does come with a wireless 6.5-inch subwoofer. Having listened to the new TCL soundbar for a few minutes, I would argue that the manoeuvres work. 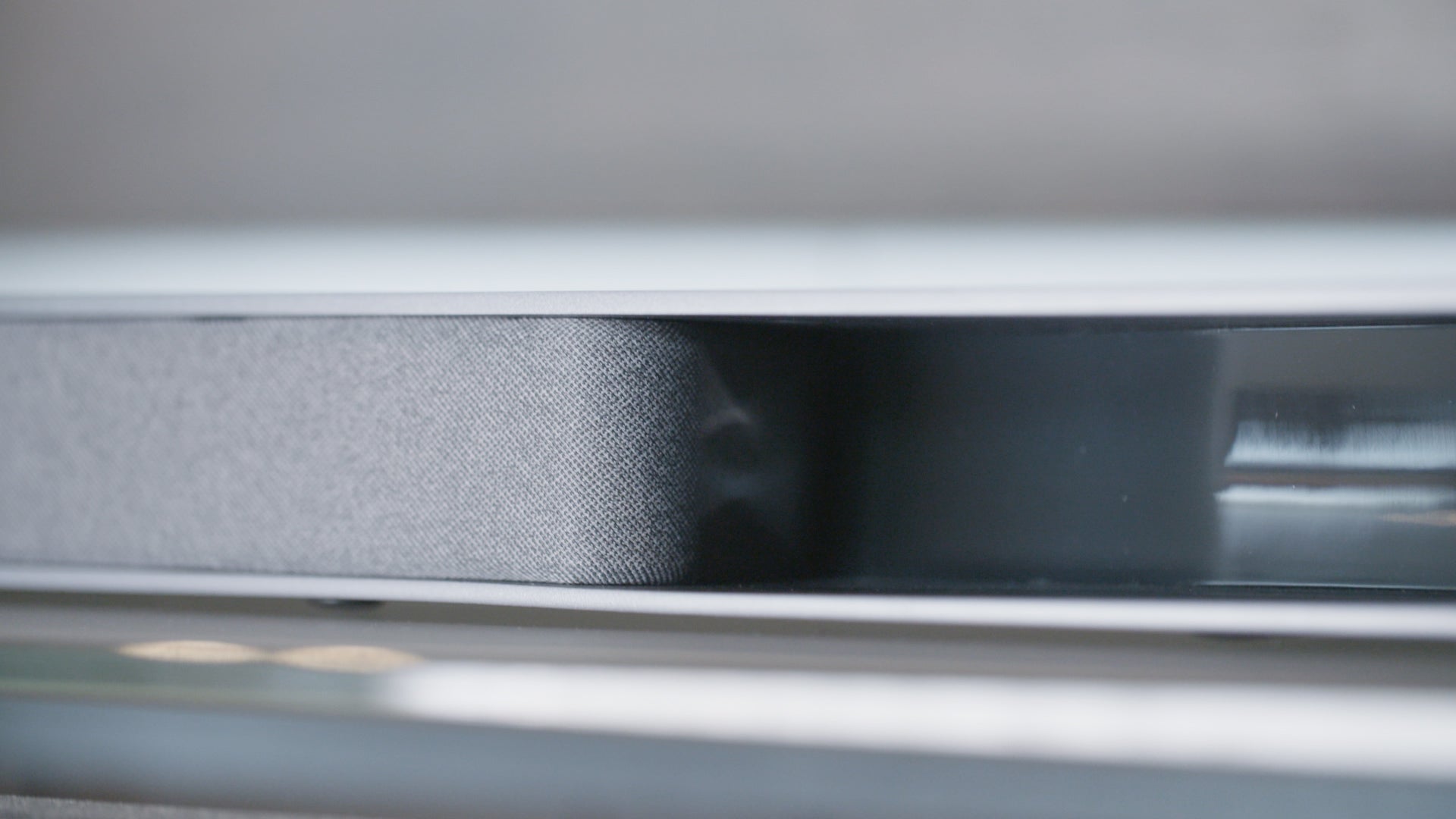 The Ray-Danz soundbar manages to produce an impossibly wide sound stage for something of its size. Whether I was standing directly in front of it or ten feet to the side, the TCL system offered up the kind of crisp, detailed audio that would typically require several speakers. I’d stop short of comparing it to the hulking £2,500 Sennheiser Ambeo soundbar, but the TCL Ray-Danz sounds pretty damn good upon first listen. I would add that the lack of upward-firing speakers diminishes the height element that Dolby Atmos systems are famous for. TCL says this effect is virtualised in the Ray-Danz soundbar.

The new TCL contraption isn’t exactly cheap, though. The company expects it to retail for around $400 (£325) in the US when it’s released in the coming months (UK pricing and availability is TBA). That will include the wireless subwoofer as well as some vague wifi-compatibility. Long story short, it sounds like TCL is planning to turn the Ray-Danz soundbar into a proper wifi speaker and potentially take on Sonos, but the company stopped short of confirming those plans in our conversation. The very idea that future software updates could make the new TCL soundbar more useful makes its existence all the more intriguing. 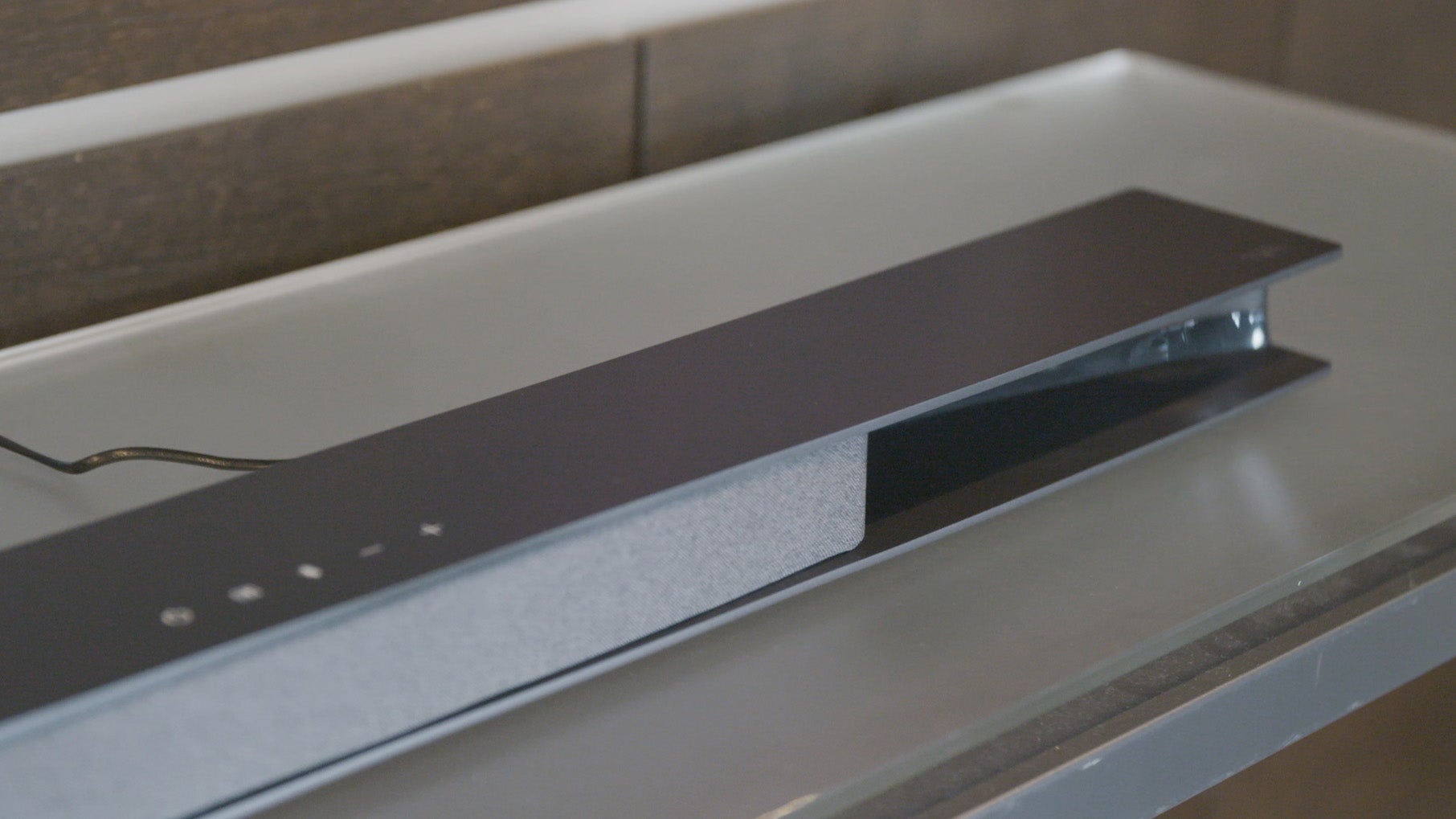 We’ll have to wait and see. At CES in 2018, TCL showed off a Roku soundbar that never came to market. (Coincidentally, Roku also announced a soundbar system this week.) The Ray-Danz soundbar at this year’s IFA demo, a TCL spokesperson said, is just one of four prototypes in existence. It was hand-built for the show, though, the company says mass production is just around the corner. And so as exciting as TCL’s acoustic-driven dream seems, we’re eager to see what happens next.