IFA 2019: You Can Always Count on Fossil to Bring a Million Smartwatches to a Party

Ever since it got into the smartwatch game, Fossil never fails to show an army of wrist computers everywhere it goes. This year’s IFA is no exception. In addition to showcasing its newly launched Gen 5 smartwatches, Fossil – and its horde of designer brand partners – brought four totally new watches and some familiar friends to Berlin.

I could list all the specs for each individual watch, but that would be a gobbledygook word cloud of basically the same features over and over again. In essence, Fossil’s autumn lineup will feature the Snapdragon Wear 3100 chipset – so in case you were wondering when all those would hit the market, the answer is this autumn. They also all feature extended battery modes – a neat little cheat around Wear OS watches’ reputation for terrible battery life. Another commonality is they feature speakers. They have Fossil’s new array of preloaded apps – Spotify, Cardiogram (for the ones with heart rate monitoring), etc. One could accuse Fossil of just sticking the same features in as many different design SKUs as possible – and you wouldn’t be too far off.

Anyway, here’s a look at all the different flavours of Fossil watches on display at IFA. 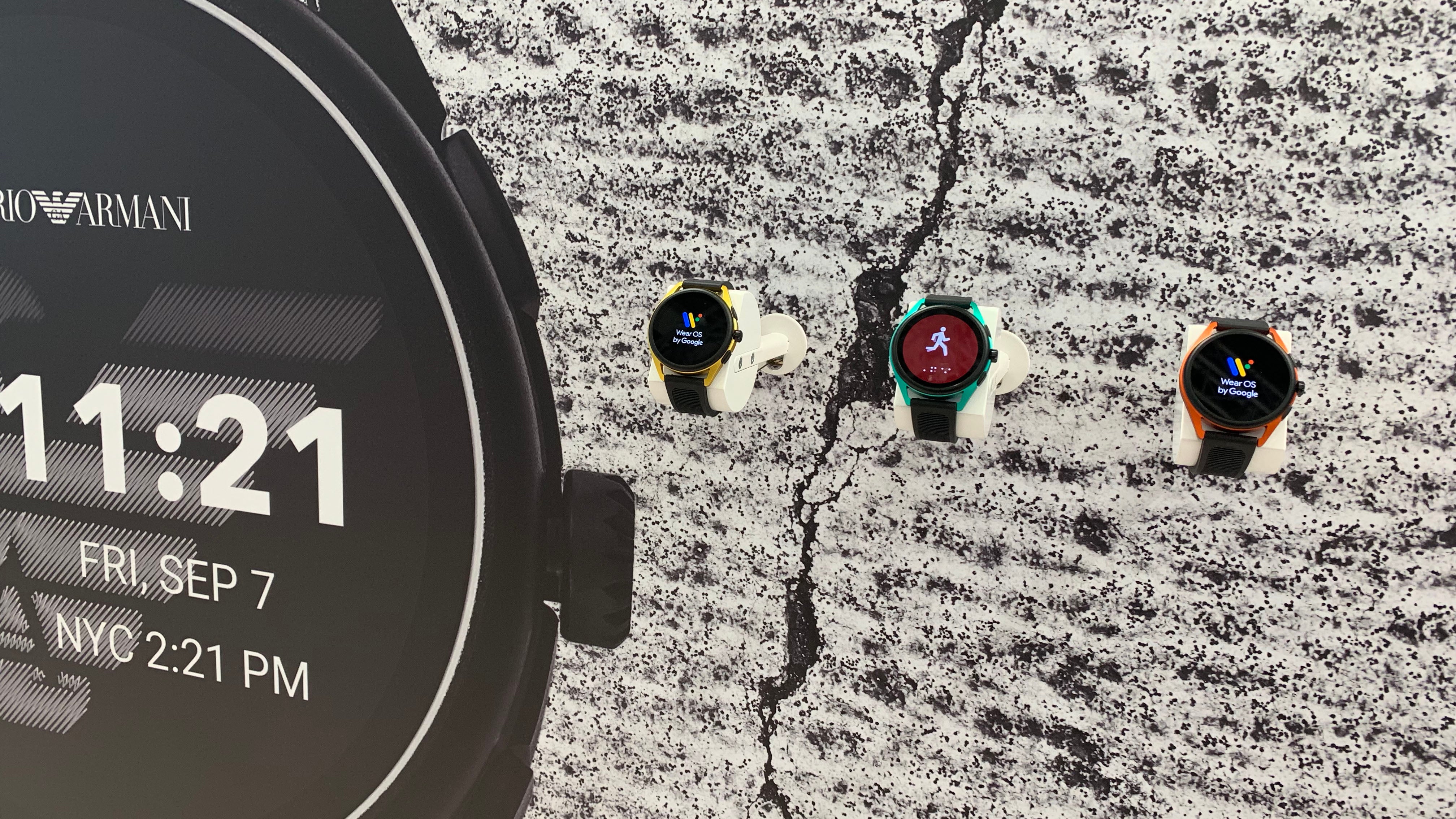 Let’s start fancy. Here are the new Emporio Armani Smartwatch 3 watches. They are colourful and fancy and somehow meant for the person who wants an Armani watch but also, an Armani watch while exercising. These will be available in October. 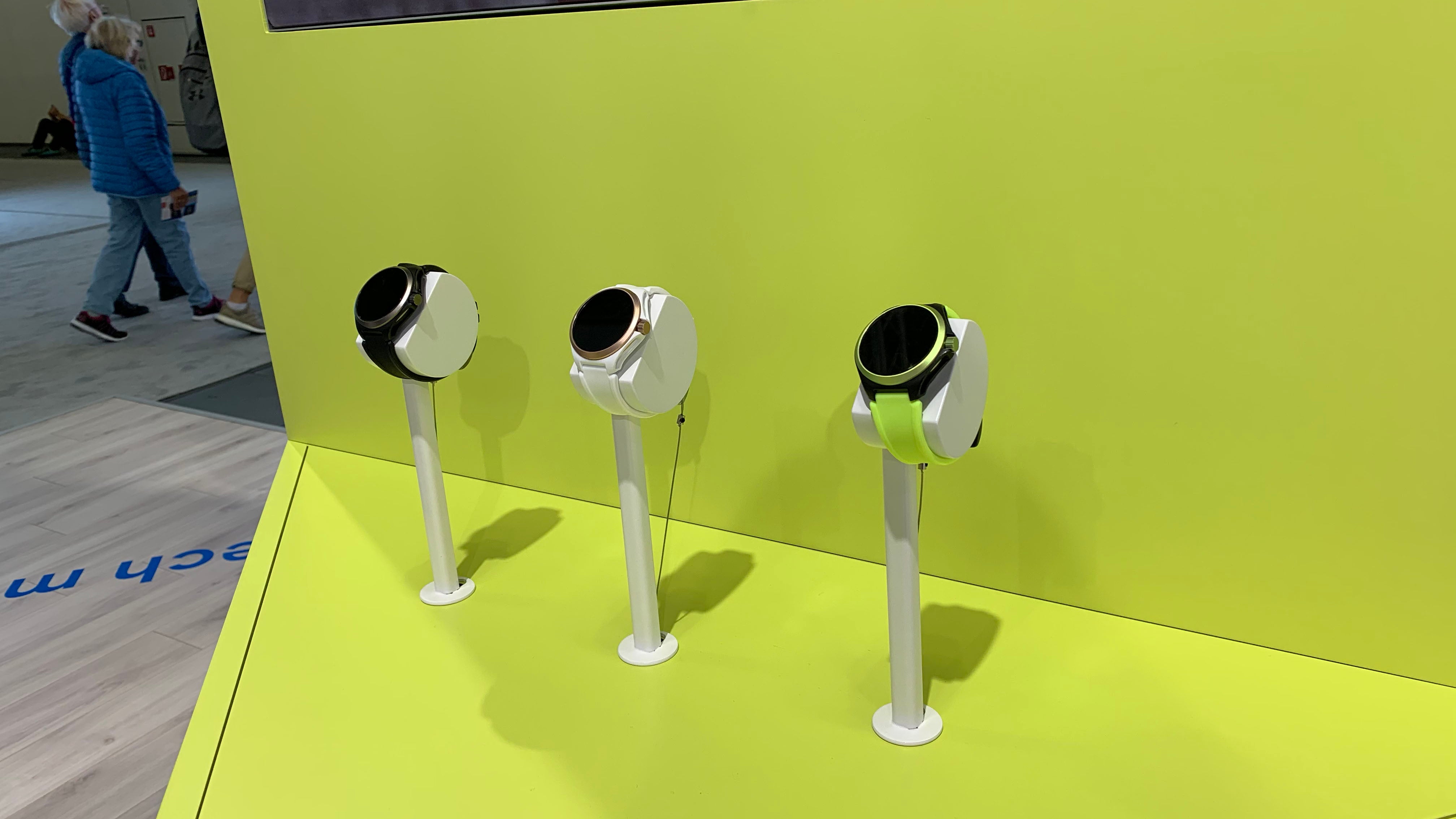 Moving onto the Puma watches, which were also announced at IFA. They are extremely neon but in this writer’s opinion, not exactly evocative of a mountain cat. These are also meant for that person who is somehow sporty yet stylish. It’ll retail for £270 in November. 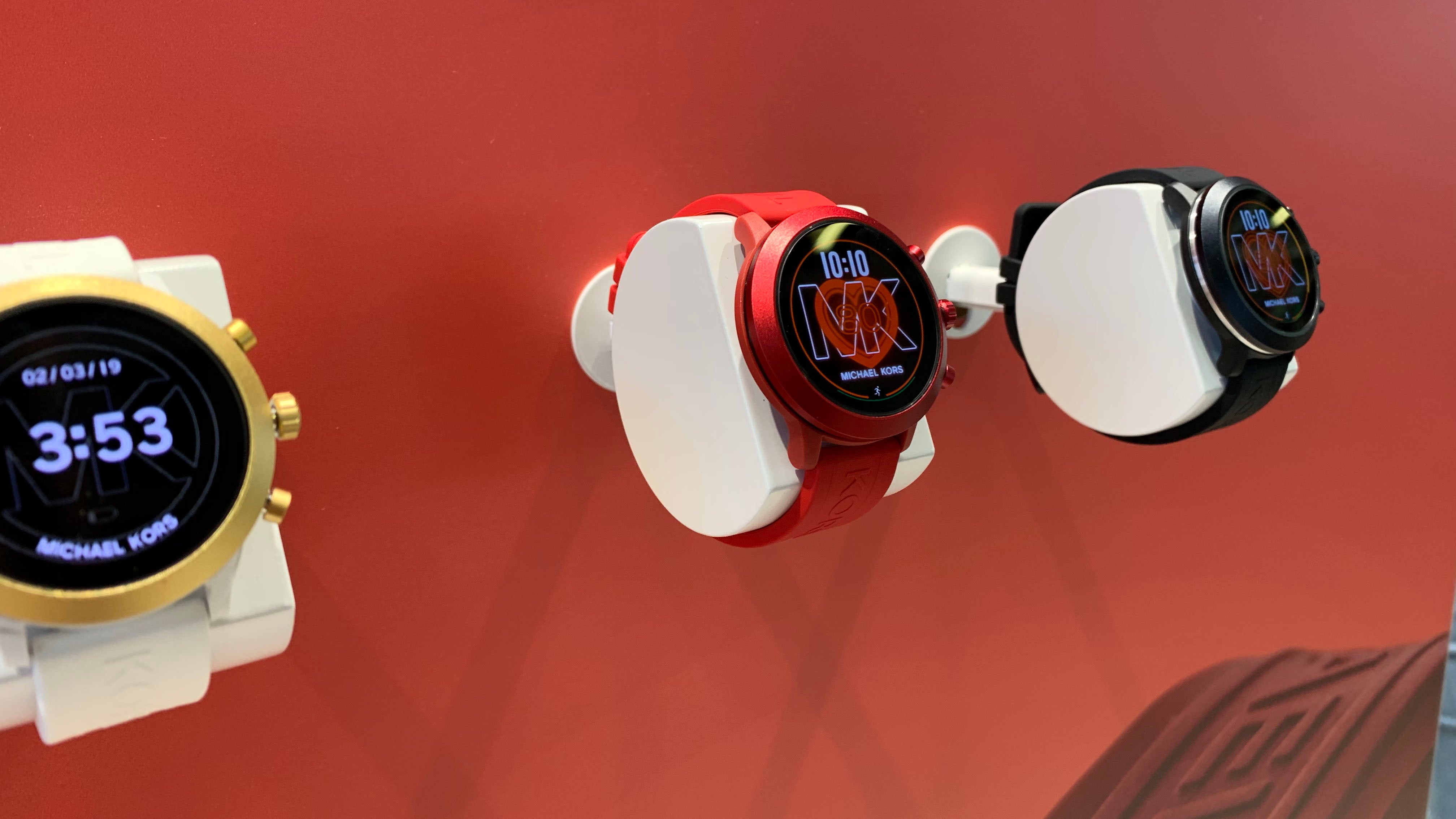 These are the Sporty Spice of Michael Kors watches. (Photo: Victoria Song/Gizmodo)

What do we have here? Oh. It’s a sporty Michael Kors Access MKGO! It’s – you guessed it – meant for that person who wants to be active, but not look like a tramp. One main difference is this watch will let you take Bluetooth calls on your watch via a proprietary app. These will retail for £280. 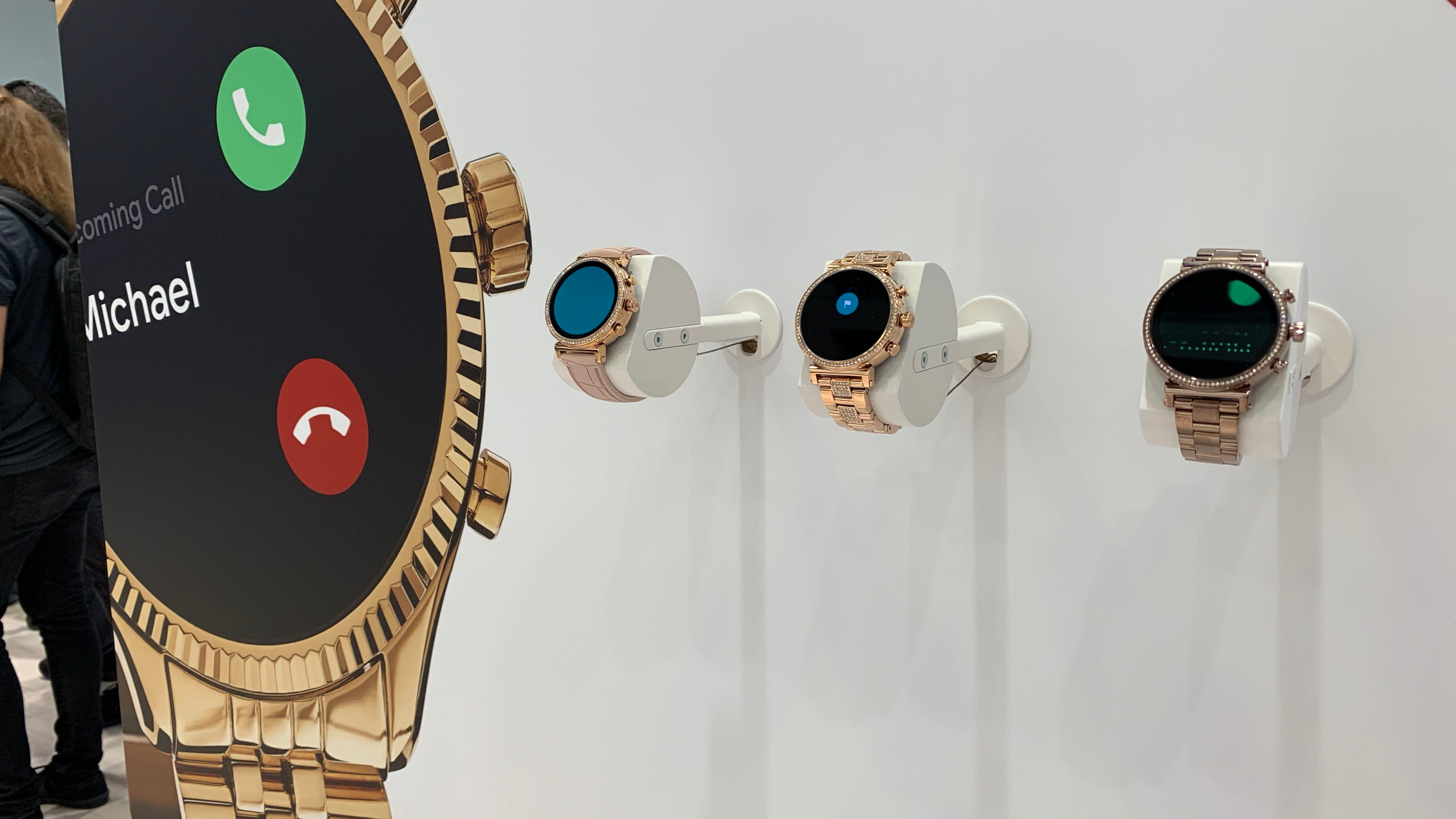 I’m going to say these are the Posh Spice of Michael Kors watches. (Photo: Victoria Song/Gizmodo)

Even more Michael Kors. This is the new Michael Kors Access Bradshaw 2. It’s exactly like the MKGO except fancier, so this is not the one you’d take to the gym. These start at £340. 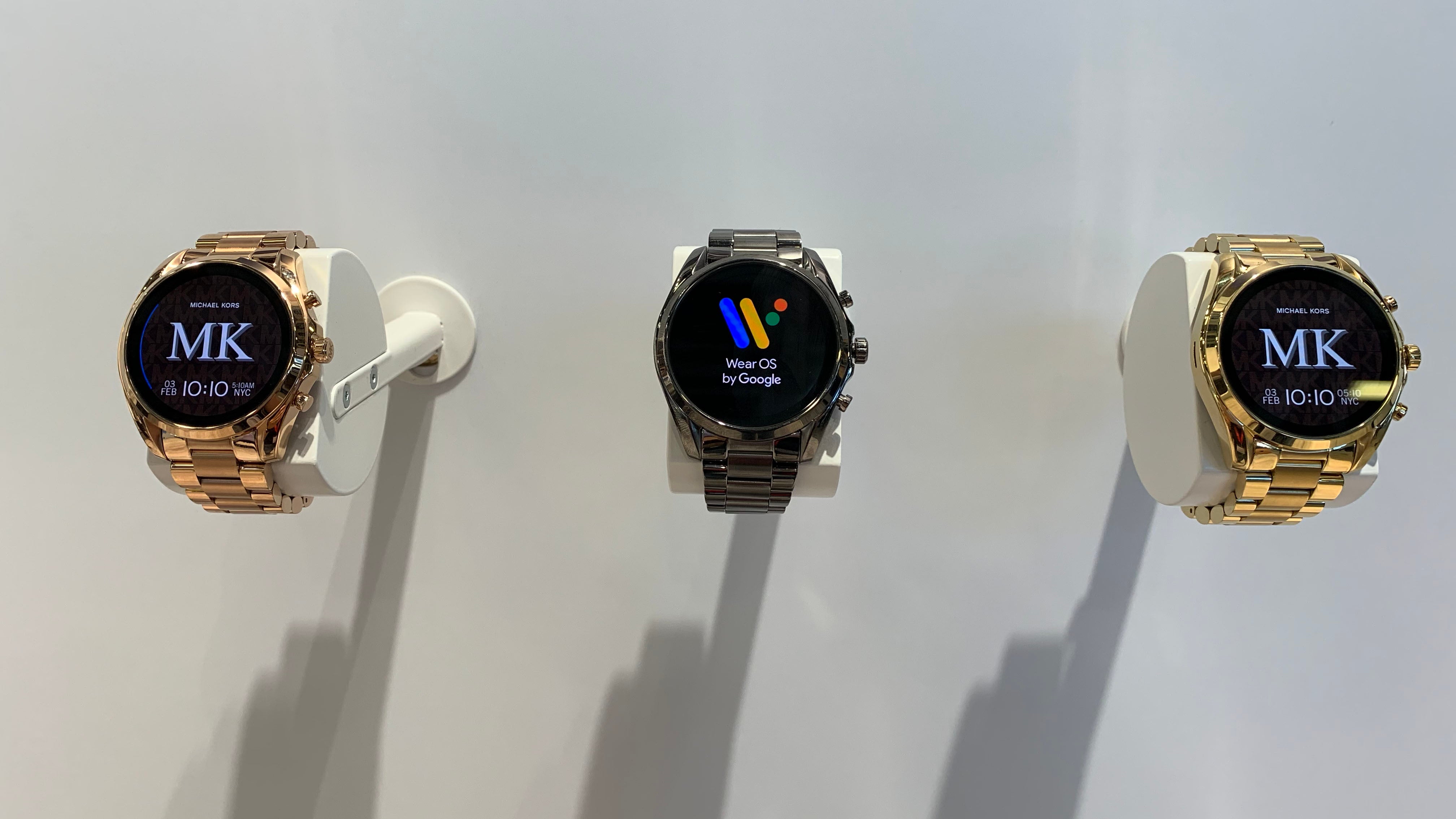 I have run out of Spice Girl analogies for these Michael Kors watches. (Photo: Victoria Song/Gizmodo)

HAHA, YOU THOUGHT YOU WERE DONE WITH MICHAEL KORS. These are the Michael Kors Access Lexington 2. They are a manlier version of the Bradshaw 2. They also start at £340. 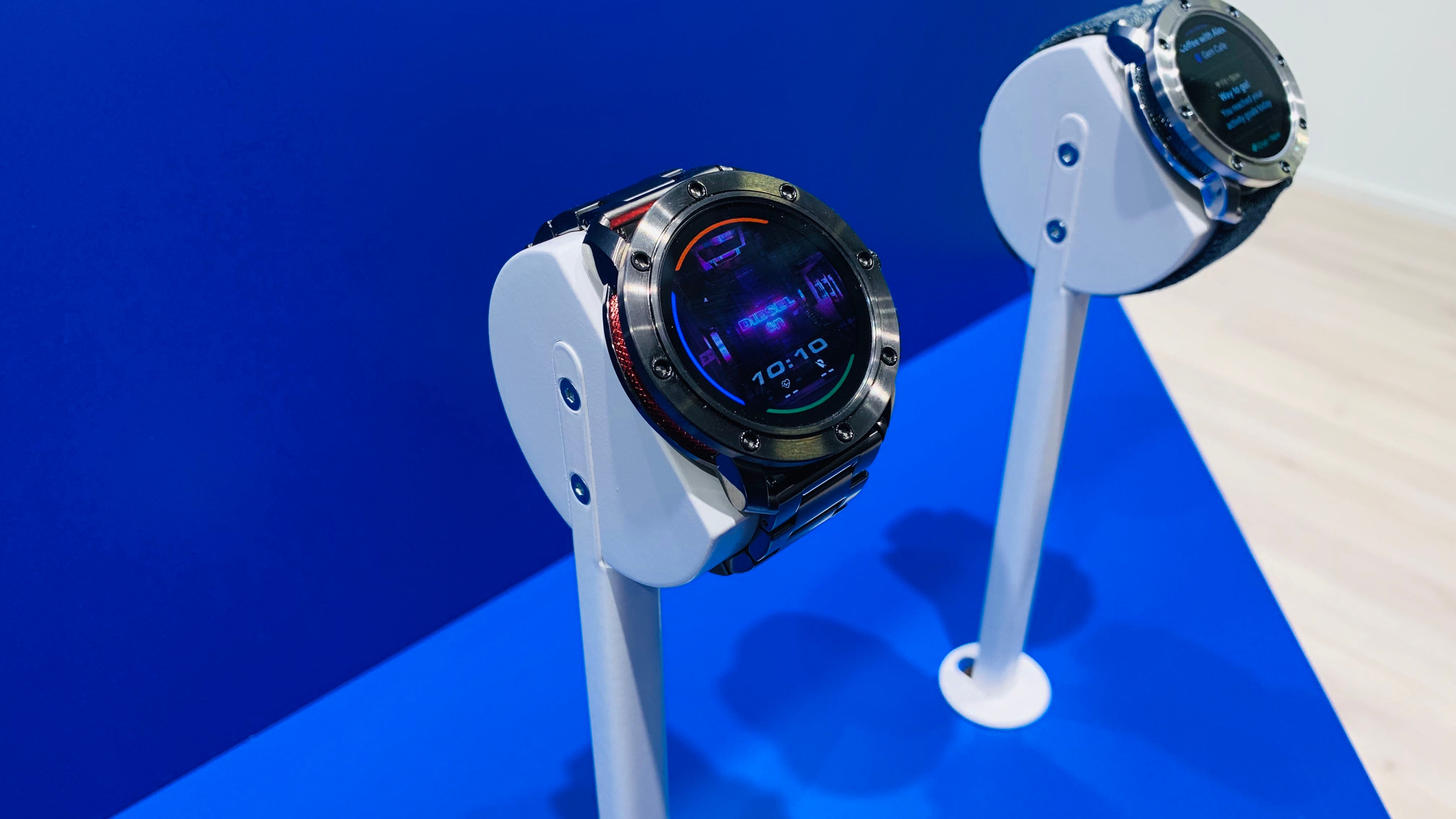 If German engineering was a watch, this is what it would look like. (Photo: Victoria Song/Gizmodo)

Rounding out the new Fossil watches is the Diesel On Axial smartwatch. Their design is based on the brutalist movement in architecture, which you can see in the fact that these watches look brutal. There’s also a 3D animated screen that makes it look like you’re running through a tunnel in Blade Runner 2049. The thing is more steampunk than brutalist, but what do I know.

You might think we’re done because these are all the new smartwatches announced. But I meant it when I said Fossil brings a million smartwatches to a party, so strap in. 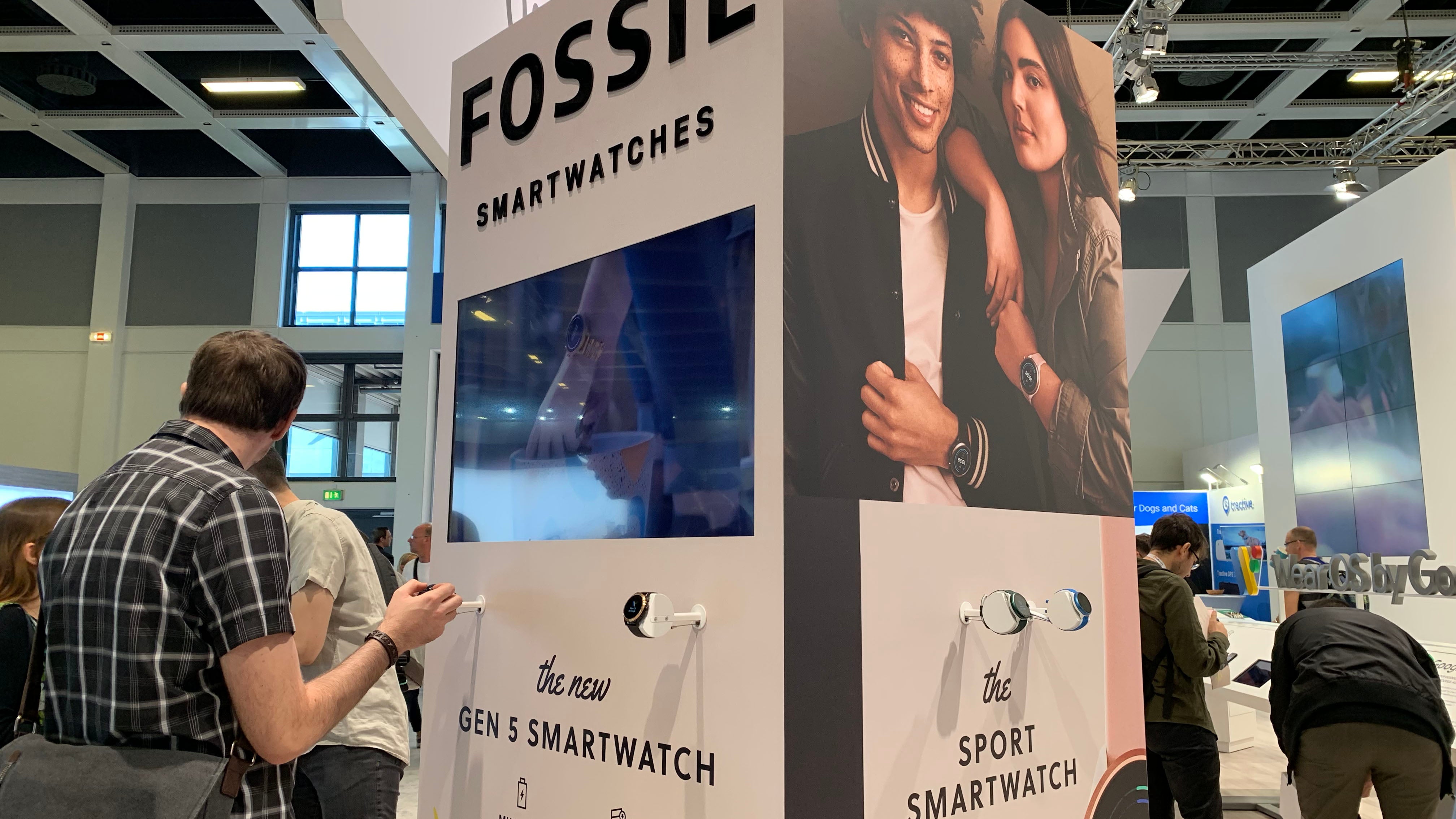 These fine watch specimens are the Fossil Gen 5 and Fossil Sport. Both feature the 3100 chip and are the newest Fossil watches under the actual Fossil brand. 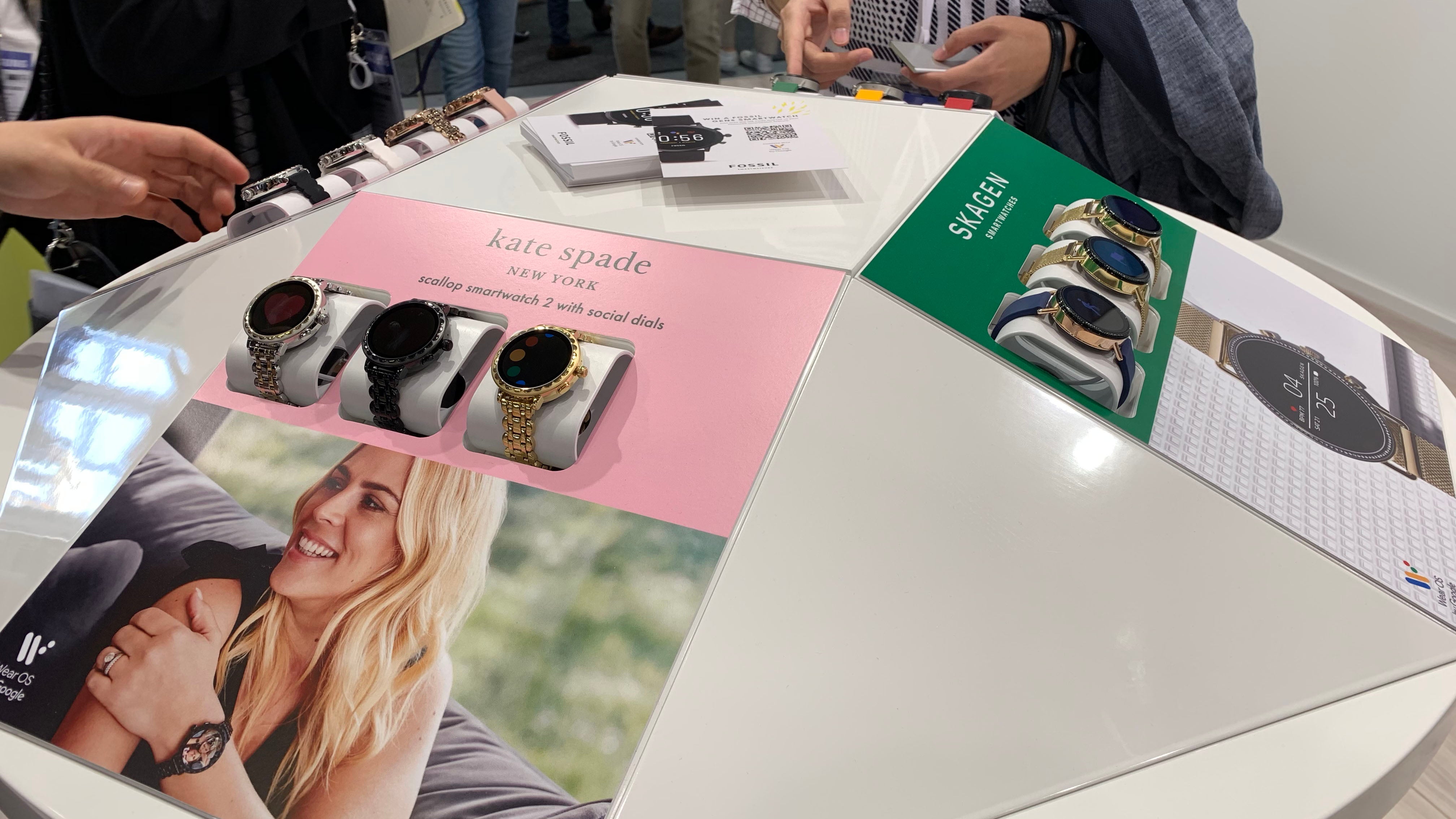 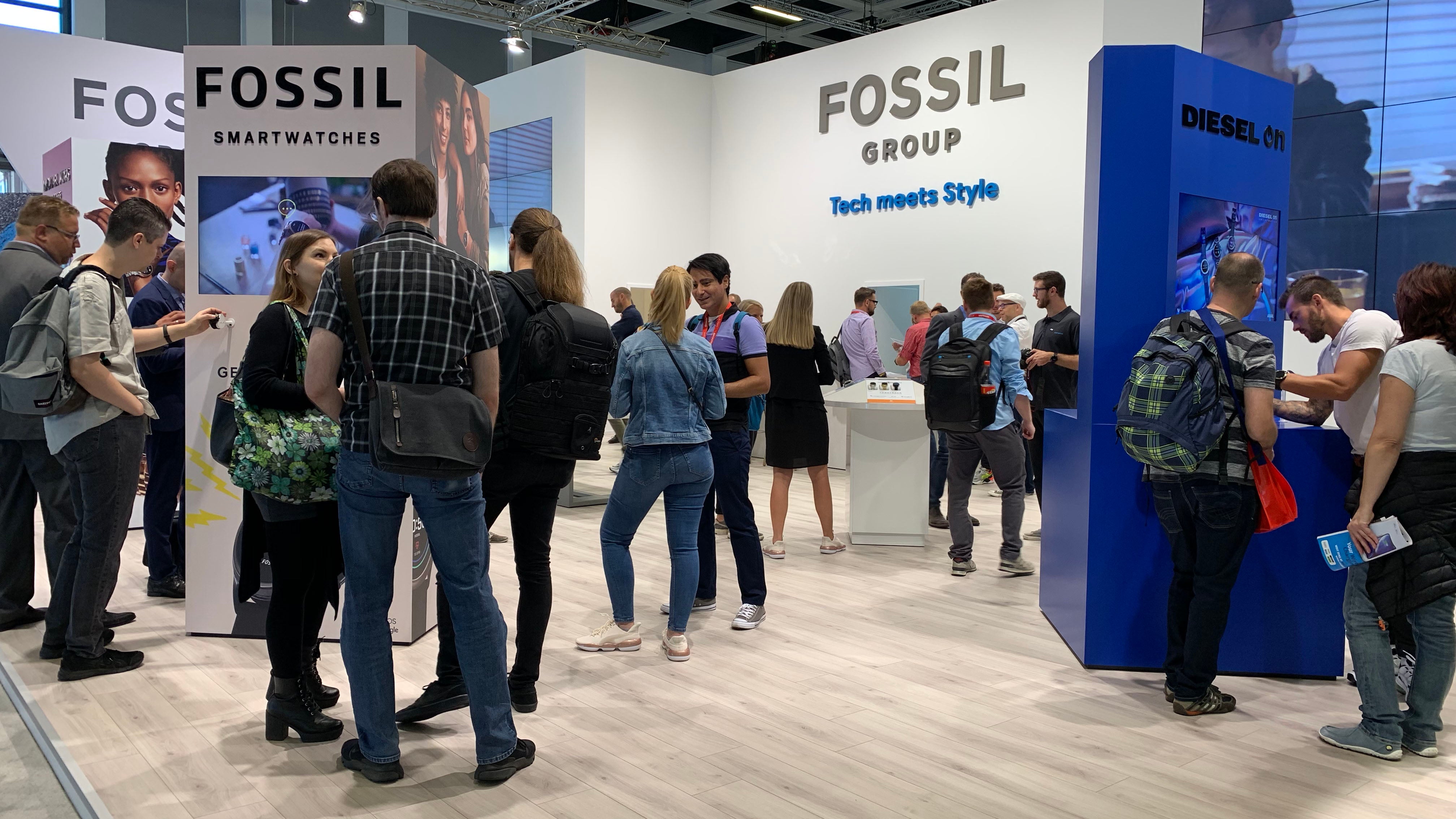 There were some more watches in many designs and colourways, but I am opting to give you a zoomed-out look at Fossil’s IFA booth. I was told some of the watches were Gen 4 and with the 2100 chips, but they were next to the new ones with the 3100 chips. I did not have enough coffee, and my eyes crossed. Basically, if there was a flat surface, there was a watch on it. Helpful Fossil representatives also passed out flyers asking me if I wanted a chance to get a free Fossil watch. I did not have the heart to tell them as a reviewer, I already have many Fossil watches.

This is all to say that Fossil has a tonne of smartwatches, and if you’re looking for a Wear OS watch with the latest chip for a price that isn’t stupid (I’m looking at you, Montblanc Summit 2) – you’re probably going to end up with one of these Fossil watches.