It doesn’t take your eyes long to adjust to the dark of night – or at least adjust enough so you can safely stumble your way to a midnight loo break. That is, unless you’ve put Death by Modernism’s Supervoid S-Chair somewhere in your path. It’s painted with some of the blackest paint available so it barely reflects light even in the day. In the middle of the night, it’s a guaranteed tripping hazard.

The Supervoid chair, featuring a curvy S-shaped design, is covered in Stuart Semple’s Black 3.0 pigment which absorbs 98 per cent of visible light. The resulting effect is that most of the chair’s contours are impossible to discern, making it look more like an amorphous blob to the naked eye. It’s a neat effect, and you’ll certainly have fun watching visitors cautiously sit down in it, not exactly sure where their posterior is going to land. 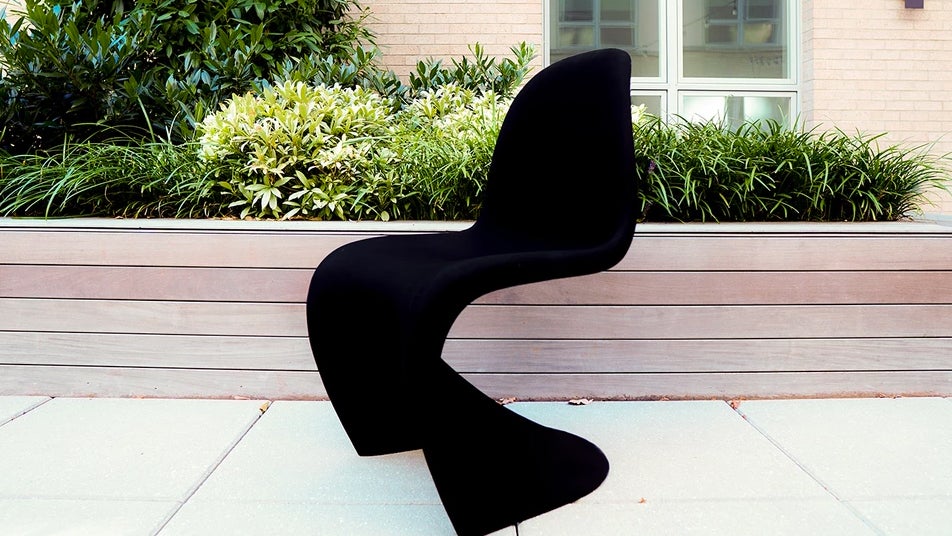 But the Black 3.0 pigment used here technically isn’t the blackest material around. That honour used to belong to Surrey NanoSystems’ Vantablack which, using lab-grown nanotubes as one of its ingredients, is able to absorb 99.965 per cent of light. The title now belongs to researchers at MIT who created a new super-black material that absorbs 99.995 per cent of incoming light. Unfortunately, in 2016 artist Anish Kapoor secured the exclusive rights to Vantablack, and MIT hasn’t made its material available to the masses yet, which is why this chair instead uses Stuart Semple’s slightly less effective alternative, as it’s actually commercially available.

Despite being painted with a material that sounds like it’s straight out of science fiction, the Supervoid S-Chair is priced at $299 (£243; sadly, it doesn't ship to the UK). There are chairs at Ikea that are more expensive than that, and the only gimmick they boast is a flat-pack design and free wrenches.