Oculus's Cord-Free VR System Is About to Be Hands-Free, Too

The Oculus Quest has been out for a few months, and while Mark Zuckerberg told the crowd at Oculus Connect 6 that Facebook is selling its standalone VR headset as fast as the company can make them, Facebook is planning to add some major features including hand tracking and PC tethering in two separate future updates.

For Facebook and Oculus, the goal for these updates is to expand the capabilities of its current devices, while also paving way for a richer and more immersive platform in the future. So on top of these updates, Facebook also promised that any current content designed for the Oculus Quest will be forward-compatible with new Oculus VR headsets released in the future. 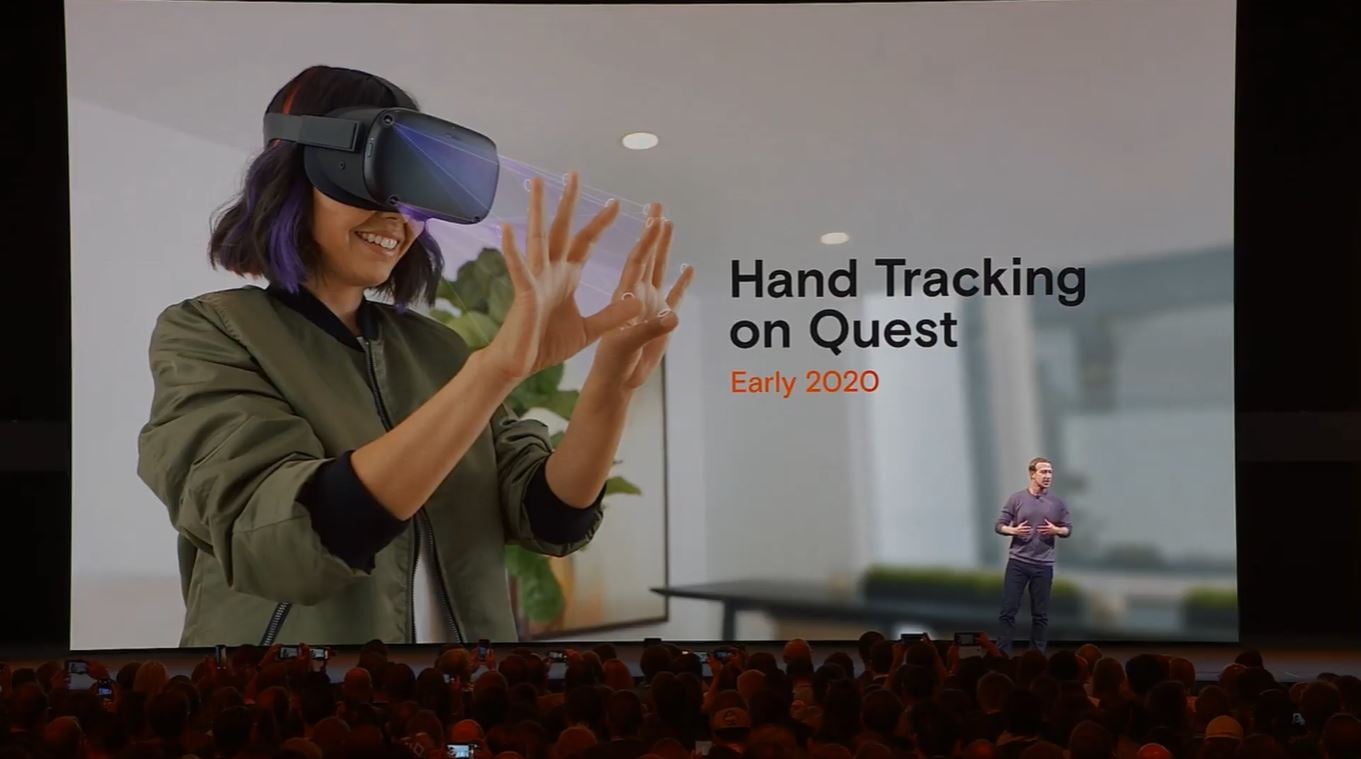 As for hand tracking, Zuckerberg said that while the Touch controllers for the current Quest went a long way in helping people move and interact with things in virtual space, they are still a kind of a stop-gap on the way to truly intuitive VR object manipulation.

However, by using the built-in cameras on the Oculus Quest, Facebook has figured out a way for its standalone VR headset to track your hands without any additional hardware, which should hopefully make VR experiences even better while reducing the number of additional accessories or add-ons needed to experience VR. Facebook says the feature will appear in “early 2020.”

Meanwhile, for anyone who ever wanted to play some of Oculus’ PC-based VR experiences but didn’t have a compatible headset, another update in November 2019 will allow users to tether an Oculus Quest to a PC simply by connecting them together via a USB-C cable. This essentially turns the Oculus Quest into a replacement for both the original Oculus Rift and the updated Rift S that went on sale earlier this year. 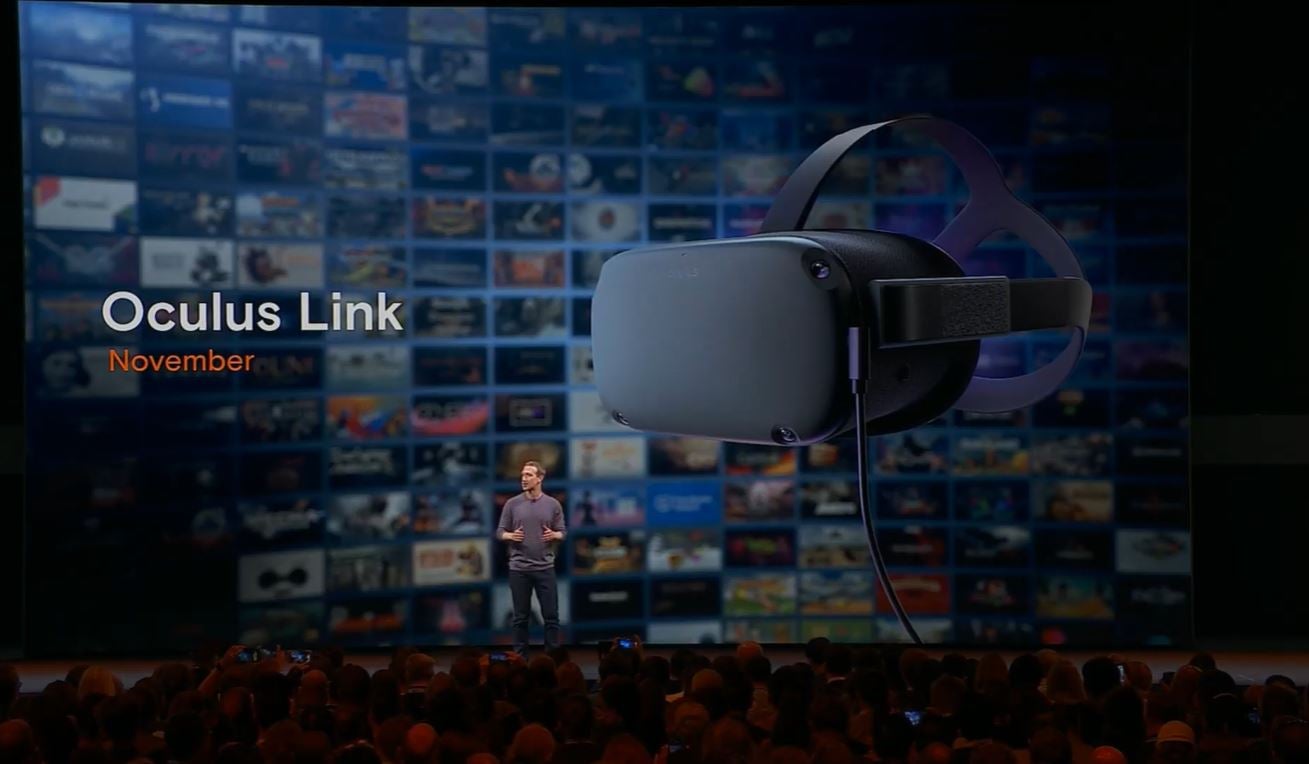 On stage, Zuckerberg said pretty much any standard USB-C cable would work, but for those want to be extra sure their cable is fully supported, Oculus will also be making an official cable for tethering the Quest to a PC called the Oculus Link.

Oculus’ PC tethering update for the Quest should be available alongside the Oculus Link which is slated to go on sale in November, while the hand tracking update isn’t scheduled to be available until sometime early next year.