In terms of building a more ethical smartphone that meets even the high bar set by repair nerds, Fairphone fits the bill. And with the third generation of its modular device, the Dutch company is living up to its promise of a truly and easily repairable device.

Yesterday, repair outfit iFixit published its teardown of the Fairphone 3, awarding the phone a perfect score of 10 out of 10 on its scale of repairability (a high honour also bestowed on the Fairphone 2, which released in 2015). The latest generation of Fairphone, which runs Android 9, has seven primary modules that can be easily swapped out for repair parts supplied by the company. With a focus on responsibly sourced and conflict-free materials, the company positions itself as a rare outlier in the smartphone industry by building what it calls “long-lasting and sustainable phones.” 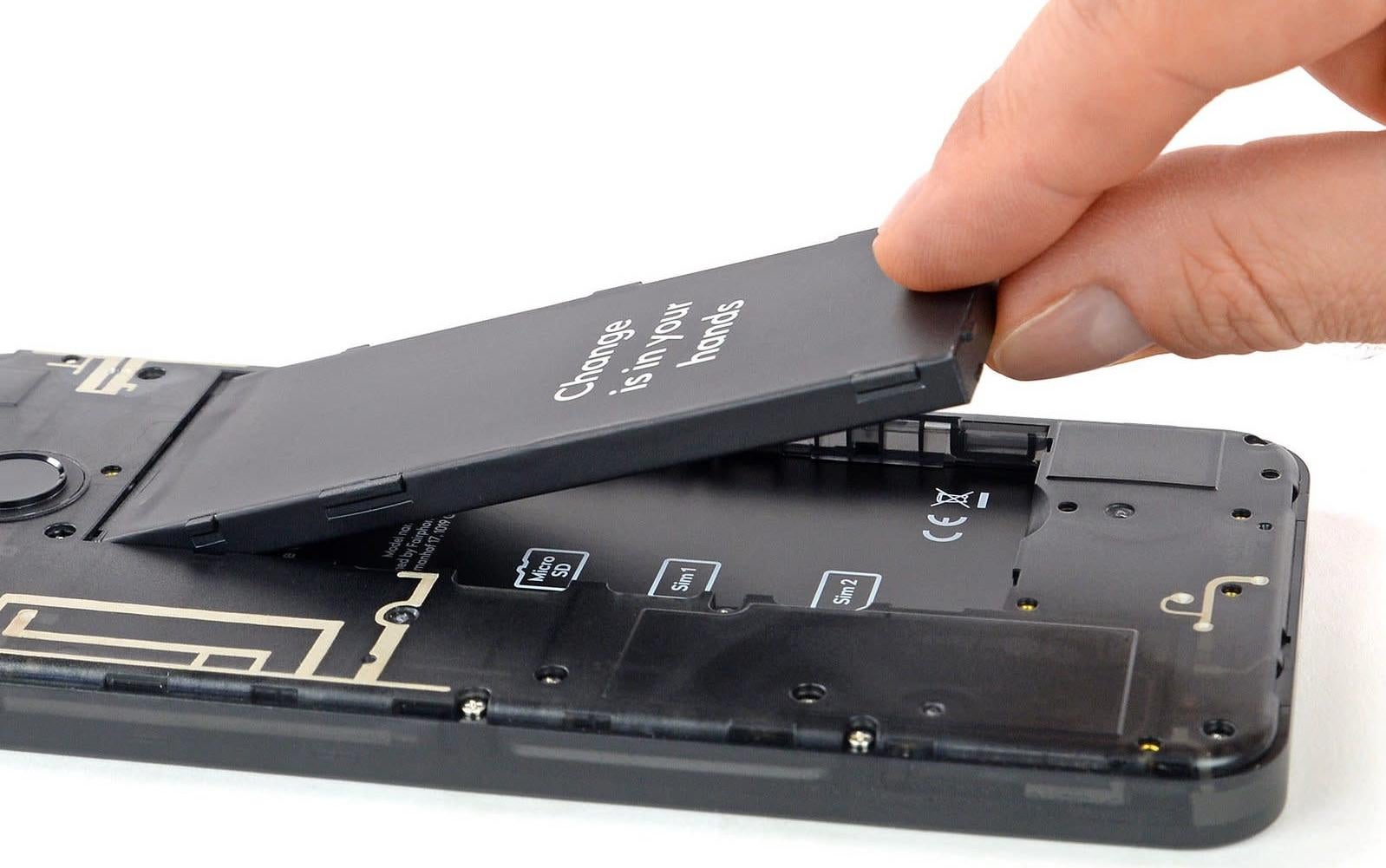 See, was that so hard? (Photo: iFixIt)

From the sound of it, the Fairphone 3 – the largest model yet at 158 x 71.8 x 9.89mm, according to its specs  – lives up to its promise of easy repair. According to iFixIt’s teardown, the back of the phone can be removed without any tools, and the phone’s battery can be easily lifted out as well using a notch at its base. From there, a screwdriver that comes standard with each Fairphone 3 can be used to separate the display from the frame.

Inside, you’ll find the top module, bottom module, speaker module, and camera module, all of which can be swapped out with replacement parts. (Though iFixit notes that modules and parts are not able to be switched out between the Fairphone 2 and its successor.) 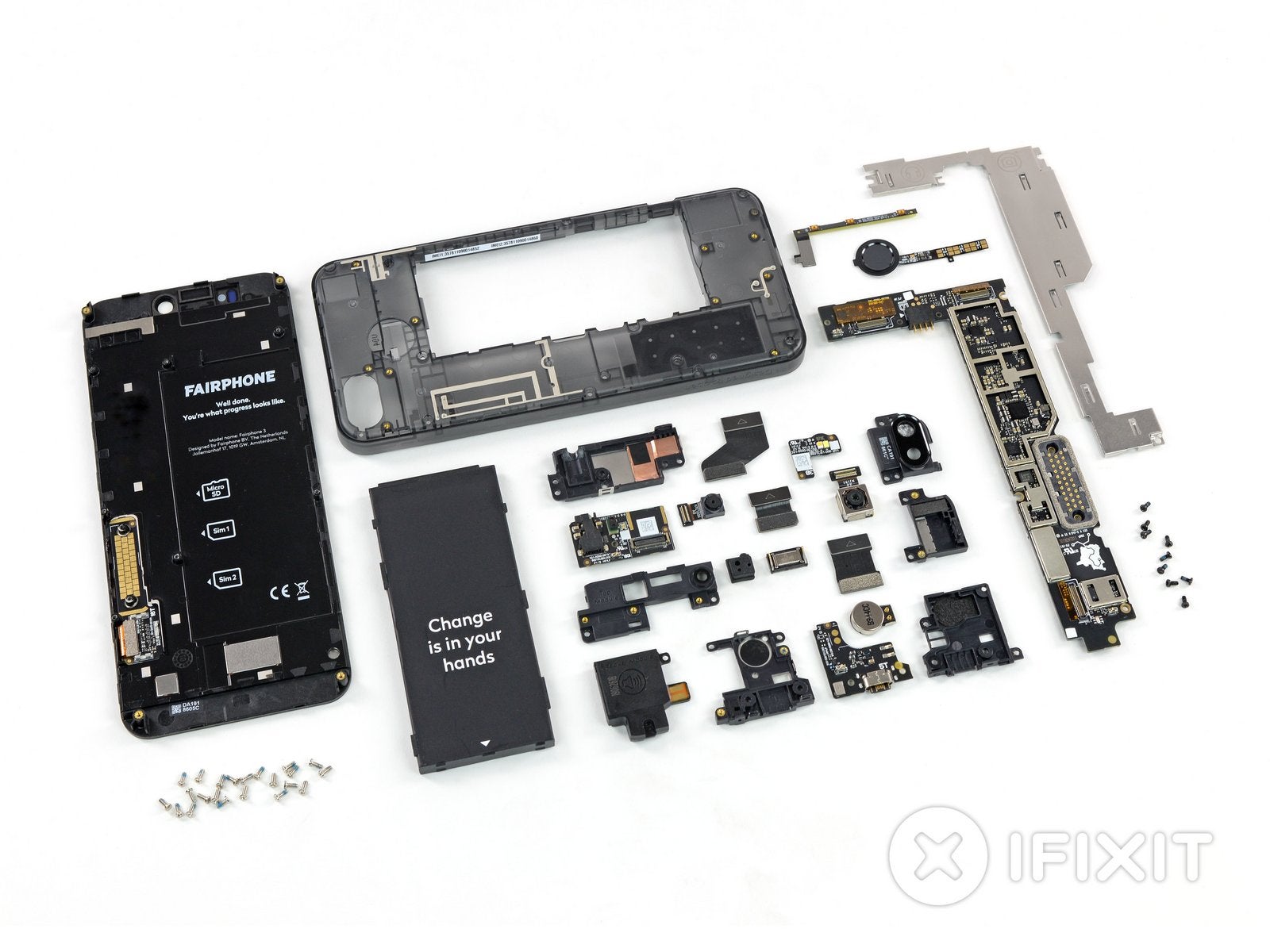 Beyond the user-friendly primary components, iFixit was able to tear down the phone’s modules further and concluded that most of the parts contained within each could also be individually repaired and were removable with a Torx T5 screwdriver. According to iFixit, “Reassembling this phone won’t be much of an issue, and we’re very confident it’ll still work.” iFixit also commended the availability of user guides and OEM available on Fairphone’s site.

We have yet to try it out for ourselves – but if the repair evangelists are any indication, the Fairphone 3 is a repairability dream come true.