One thing that sets your home movies apart from what you see on TV and in the movies is that professionals film a scene from multiple angles to add drama and complexity to the final edit. It’s an extra step that can add a lot of impact, and with Roland’s new 4XCamera Maker app you can take advantage of all your friends’ iPhones instead of renting or buying multiple cameras for a shoot.

It’s not an entirely new idea, you’ve probably asked friends and family to share videos they also captured of an important event on their phones if you intended to cut together a video or highlight reel afterwards. What makes Roland’s 4X Camera Maker stand out is that it allows one iPhone and one operator to wirelessly control three other iPhones so they can be perched on tripods in strategic locations without requiring additional people to make sure each one is properly framed and properly recording what’s happening. 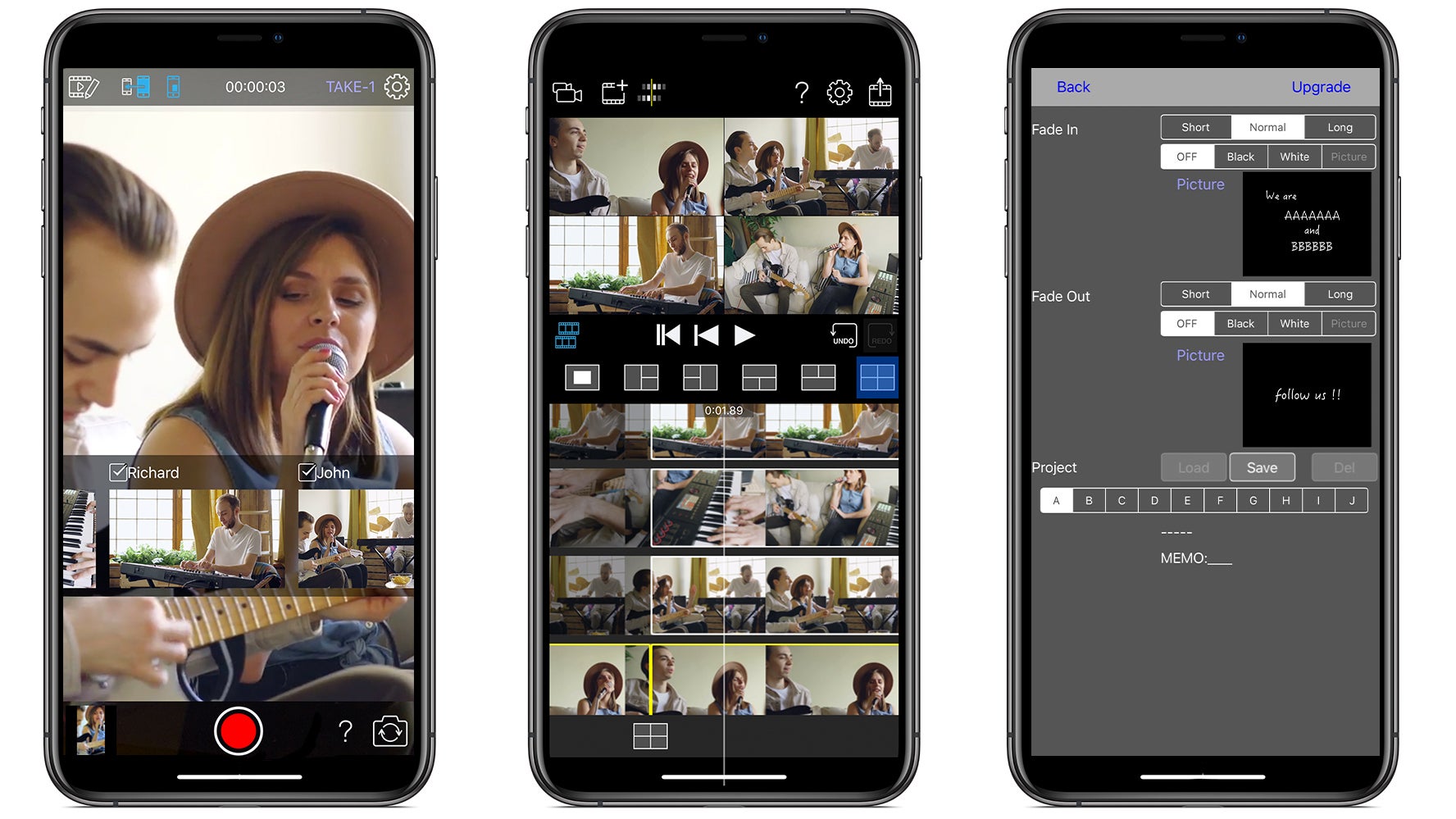 The master iPhone will trigger video recordings on the three other iPhones it’s tethered to, and live streams of all four devices are displayed in a small grid that’s reminiscent of the wall of displays used in the control rooms of live TV productions, but on a much smaller and more manageable scale here.

When a performance (Roland has specifically positioned the app as a great tool for recording a band) or event is over, the footage from the three other iPhones can be transferred to the main one using cloud services, and then cut into a final piece using the free app’s additional editing capabilities. More advanced users probably have another more robust editing app they prefer, but 4X Camera Maker will automatically sync the four videos together on a single editing timeline which should help streamline the editing process, especially for novices.