Scientists have confirmed that small, black-beaked whales spotted by Japanese whalers are an entirely new species, according to a new study.

Hokkaido whalers had long referred to two types of whales as tsuchi-kujira, a name that encompassed the Baird’s beaked whale, called Berardius bairdii, and a smaller black whale, called kuro-tsuchi (or karasu, meaning crow). Scientists had previously performed a genetic analysis that revealed the smaller whales didn’t seem to match the tsuchi-kujira. Now they’re ready to declare the whale a separate species, with the name Berardius minimus.

It’s an exciting announcement. “A species of 6 to 7 metre whale was not scientifically recognised until the 21st Century!” Tadasu K. Yamada, study first author and curator emeritus Tadasu K. Yamada of the National Museum of Nature and Science in Japan, told Gizmodo in an email. “Anecdotal knowledge of ‘karasu’ was confirmed finally!”

The smaller whale has long existed in traditional knowledge, thanks to its black colour. Researchers began studying stranded carcasses of the smaller whale, most notably a severely decomposed 2008 specimen whose crescent-shaped blowhole indicated it was a member of the Berardius genus. They published a genetic analysis of the specimens in 2013, and fully described the new species in a paper published last week in Scientific Reports.

B. minimus differs from the other species in its genus by its relatively small size, since it’s just 20 to 23 feet long (6 to 7 metres) compared to the other species’ 30 feet (10 metres). It’s also black and has different proportions, including a smaller beak. Researchers have not found adult female specimens yet. 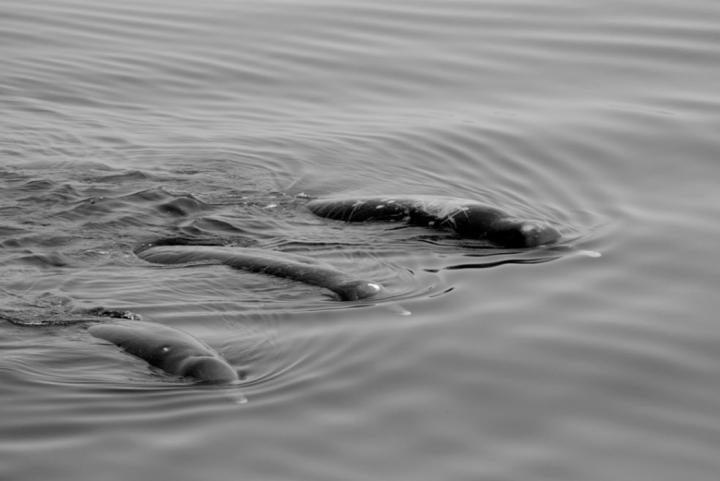 One researcher not involved with the study, research programme officer Dee Allen at the Marine Mammal Commission in the United States, found the work convincing. “The fact that we are STILL discovering new species in our oceans – in this case, animals as big as 6.9 metres! – is what makes science, and especially ocean science, so exciting,” she told Gizmodo in an email.

Beaked whales are an elusive group of mammals that can dive to thousands of feet below the ocean’s surface and stay submerged for over an hour. Their behaviour makes them difficult to study, and researchers only have stranded whales and lucky sightings to base their work on. Several other new beaked whale species have been described since 1990, Allen said.

Study author Takashi Matsuishi, professor at Hokkaido University, told Gizmodo in an email that the study relied on Marine Mammal Stranding networks, systems used to relay information about stranded and recently deceased marine mammals in order to allow researchers to take data on the animals. He also credited the expertise of locals; one fisherman, Kenji Sakurai, assisted in analysis and would come armed to the site of strandings to protect carcasses from hungry bears.

Research like this once again shows that there’s a tonne of information left to be gleaned from our oceans – and that non-scientists who are closely tied to these ecosystems can offer valuable knowledge and resources to scientific projects.