Spooky 'Black Hole' on Jupiter Is Just a Big Shadow

Juno captured this stunning series of images on 12 September, while participating in its 22nd perijove, or close encounter, with Jupiter. The NASA spacecraft, which arrived at the Jovian system in July 2017, is in a highly elliptical polar orbit that brings it close to the gas giant’s cloud tops and then out again into deeper space.

Juno was around 8,000 kilometres (5,000 miles) from the surface when its JunoCam snapped these images, and the probe is now on a trajectory that will take it over 8 million kilometres away from the gas giant before swinging back again for its 23rd perijove, according to Universe Today. Juno is currently scheduled to perform around a dozen more perijoves before the mission ends in July 2021, but the mission could be extended further into the 2020s – fingers firmly crossed for that, because images like these and others make our world go round. 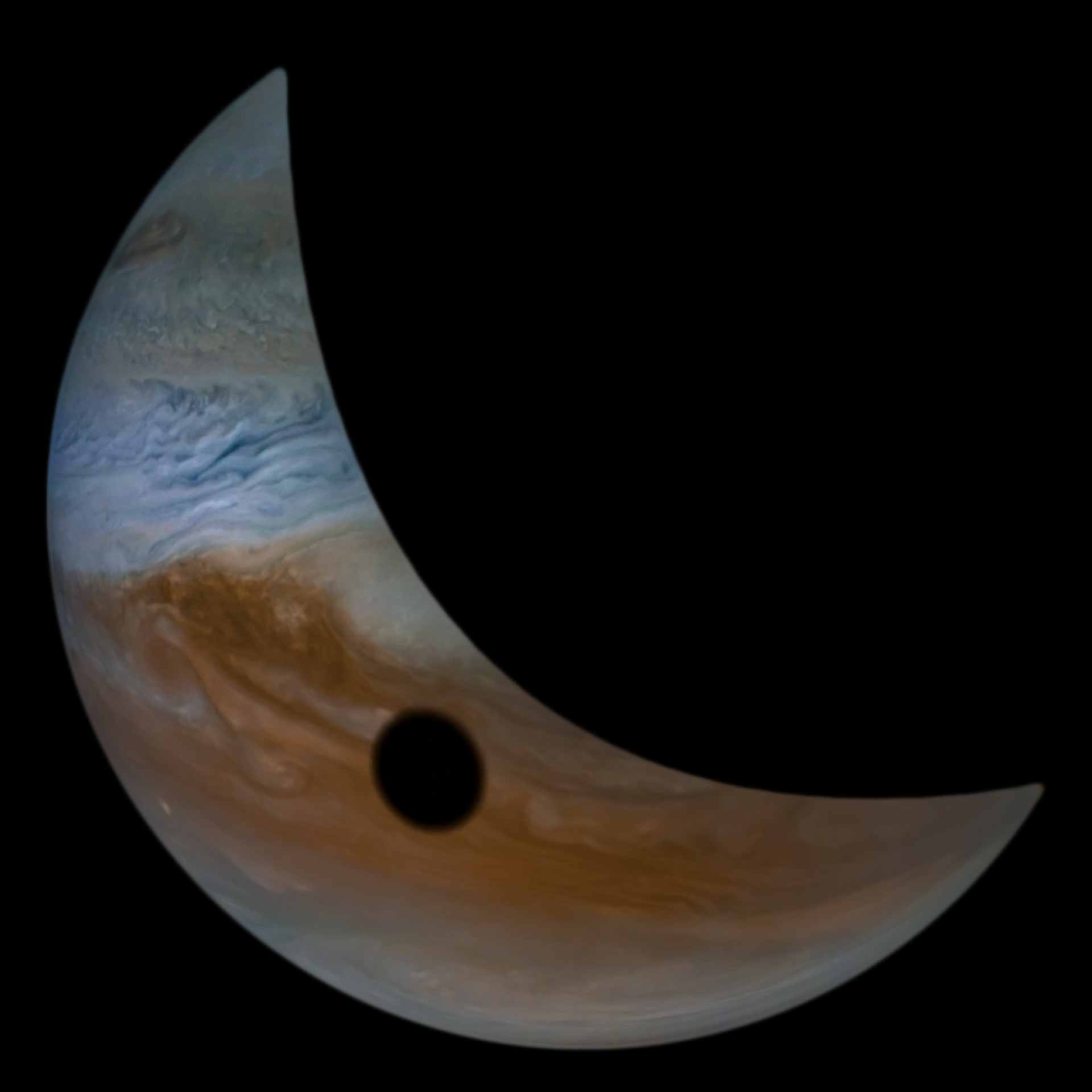 This is about as close to a total solar eclipse as we’ll ever get to see on Jupiter, the largest planet in the Solar System. To be fair, it’s more of an annular eclipse because Io’s shadow is not even close to covering Jupiter’s entire surface. To be even fairer, we probably shouldn’t be referring to this celestial event as an eclipse at all – it’s more of a transit, similar to the way exoplanets travel across their host stars, allowing astronomers to detect them from our vantage point on Earth.

Still, the shadow is quite large, all things considered; Io is only slightly larger than Earth’s Moon. The large black circle is due to an optical effect in which the total size of an object’s shadow, the penumbra, increases with distance from the light source, in this case the Sun. A similar thing happens on Earth during solar eclipses – an effect that was beautifully captured from space in 2016.

Io is the fourth largest moon in the Solar System and the innermost of Jupiter’s four Galilean moons. This volcanic moon is quite close to Jupiter, requiring just 42.5 hours to make a complete orbit.

Indeed, in addition to being roughly the size of Earth’s moon, Io is also at a similar distance to Jupiter – a proximity that contributes to its hyperactive geology. The gas giant’s tremendous gravitational influence creates a tidal heating effect on the moon. Io is subsequently the most volcanic object in the Solar System, featuring hundreds of volcanoes that produce plumes as high as 500 kilometres (300 miles) above its surface.

As a final fun fact, Io’s largest volcano, Loki, is predicted to erupt any moment, so there’s potentially more news about this gnarly, molten moon coming in the next few days.