The ill-fated Franklin Expedition to map the Northwest Passage resulted in the loss of two ships, one of which, the HMS Terror, was explored by researchers earlier this month. Unprecedented footage taken from inside the well-preserved wreck highlight various artefacts left behind by the sailors who ultimately perished.

The scene inside the HMS Terror is as eerie as it is fascinating.

Aside from some silt and an assortment of odd sea creatures, the conditions inside the wreck appear largely unperturbed—a glimpse into the final state of the ship as it was abandoned by its crew over 170 years ago. 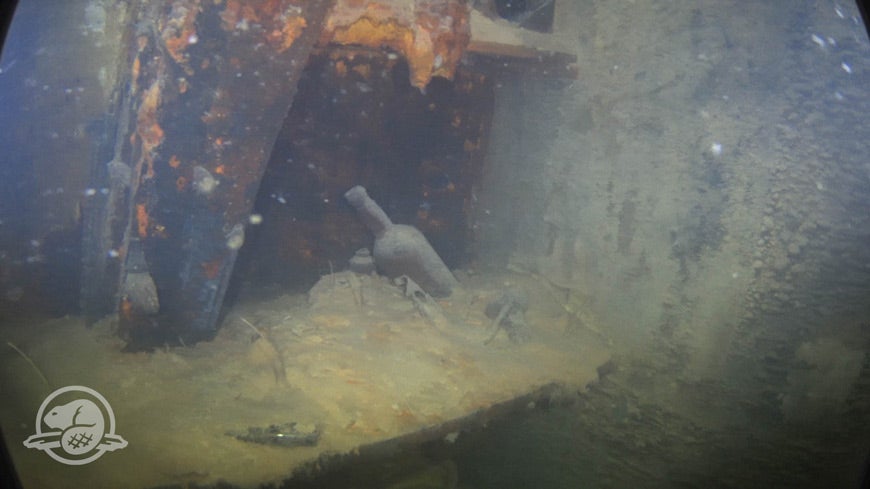 Photographs and video captured by divers and a remotely operated vehicle (ROV) show ornately decorated plates resting upright on shelves, while bottles, tumblers, and stemmed glassware can be seen through the murky water. Bowls and plates continue to occupy the dining spaces where crew once ate, and beds, desks, and storage compartments are still visible in the officers’ quarters. 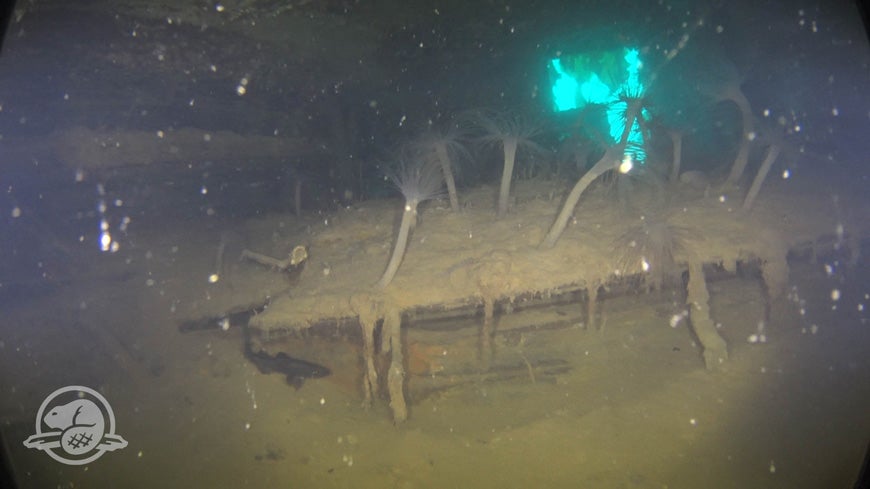 A storage compartment in Captain Crozier’s cabin, with a window visible in the background. (Image: Parks Canada, Underwater Archaeology Team)

The Franklin Expedition set off from England in 1845 in search of the elusive Northwest Passage in the Canadian Arctic. It was a major operation, involving two ships, the HMS Erebus and HMS Terror, and 134 officers and crew. The ships were last seen on 26 July 1845 by whalers, but the expedition managed to penetrate the far north. Evidence collected in the ensuing years shows the expedition made it as far west as King William Island, north of what is now Nunavut. An excerpt from the Canadian Encyclopedia explains the fate of the crew:

Despite their steam engines, the sturdy ships were locked in the menacing ice, exposed to blizzards, frigid temperatures and cyclonic gales. Three crew members died during the winter of 1845–6, and were buried on [Devon] island. The Erebus and Terror again became caught in the ice in September 1846, just off King William Island. Franklin’s ships ought to have been freed during the summer of 1847 so that they could push on to the western end of the passage at Bering Strait. Instead, they remained frozen and were forced to spend a second winter off King William Island. It was a death warrant for the expedition, and [Captain John] Franklin himself died in June 1847. The remaining 105 men abandoned their ships on 22 April 1848 and set up camp on the northwest coast of King William Island, intending to set out for the mainland. All perished—most on the island, and some on the northern coast of the mainland.

Both ships were only recently located by Canadian archaeologists, the Erebus in 2014 and Terror in 2016. The ships are currently being investigated by a team of archaeologists from Parks Canada and Inuit researchers. Last month, the HMS Terror was explored by divers and an ROV over seven days. The interior spaces of the wreck “were scientifically and systematically explored for the first time,” according to a Parks Canada press release. The wreck is resting 24 metres (79 feet) below the surface near King William Island.

The ensuing photographs and videos are the first views inside the Terror since it was abandoned in the 1840s. In total, Parks Canada conducted 48 dives in early August, plus seven performed by the ROV, as reported in the CBC. In addition to gathering visual evidence, the researchers are collecting data in an effort to create a 3D map of the wreck.

In total, 90 per cent of the lower deck was explored, including 20 cabins and compartments, reports the CBC. No human remains were discovered over the course of the operation, nor were any artefacts brought to the surface. 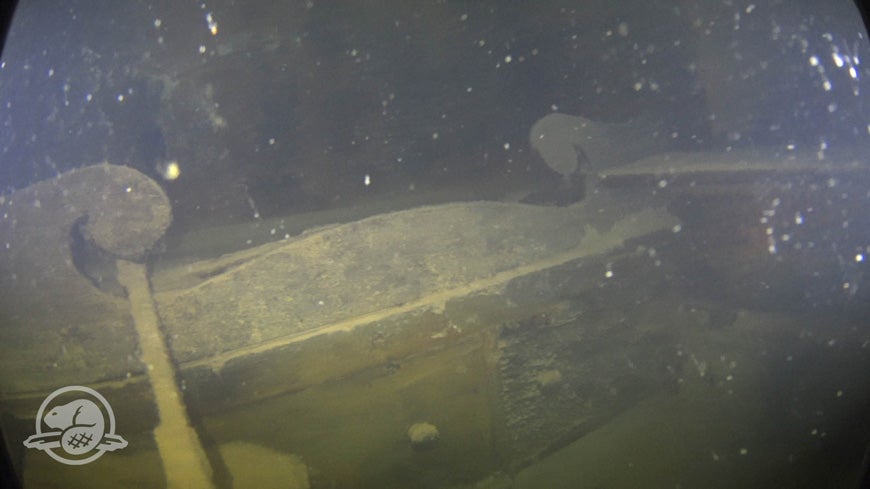 A bunk, drawers and shelf in a cabin on the ship’s lower deck. (Image: Parks Canada, Underwater Archaeology Team)

Among the areas of interest explored was the cabin belonging to Captain Francis Crozier. Video taken from his well-preserved office shows his desk seemingly as he left it. This desk in particular has piqued the curiosity of the researchers, who speculate that it might still contain documents, including written papers or maps. If so, they could provide critically important clues about the expedition and what actually transpired during its final months and days. 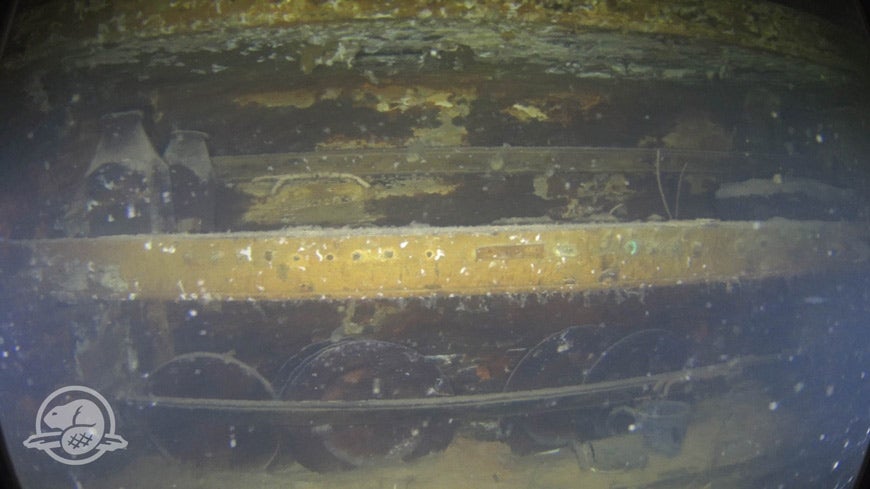 The recent investigation also resulted in some strange observations. Project director Ryan Harris told the CBC that the ship’s propeller appeared to be in its operating position. At the same time, however, the ship appears to have been deserted, having “settled to the sea floor without violent action,” said Harris. The researchers will now have to find the reasons for wreck’s strange configuration.

Indeed, there is still much more work to be done, with the team planning on exploring each cabin one by one, among other future plans. And of course, there’s the Erebus to explore.