The basic iPhone 11 could very well be all you need. That’s what I kept thinking during Apple’s big event, and afterward, when I had the opportunity to try the new device and its big Pro siblings. While the Pro models offer some impressive tech for people hoping for the very most from their photos, for most people, the non-Pro iPhone 11 offers a whole lot of value.

While the Pro models have three cameras at 52mm, 26mm, and 13mm focal lengths, the iPhone 11 just has the wider 13mm and 26mm options. That’s probably going to be okay for most people. Recall that with its single lens, the XR was Apple’s bestselling iPhone in the last round. The iPhone 11 gives you that plus a new wider option.

A shot of Yosemite with the new Night Mode. Apple tells Gizmodo it was shot on a tripod.

Anthony Davis! (Shot on a DSLR)

It won’t let you pull off a crisp zoom of a famous basketball player like an XS or my DSLR (see above), but, again, for most people, it will be okay. Especially because beyond their displays and camera modules, the basic iPhone 11 and the Pro devices are remarkably similar.

Both let you do “slofies,” which is Apple’s excruciatingly silly name for video selfies in slow motion. Both let you use the new Night Mode, which will take better photos in the dark. Both will even be able to detect when your phone is on a tripod for improved nighttime photography.

The iPhone 11 and iPhone 11 Pro also include the same A13 Bionic processor. This should be the most powerful processor from the company yet. Given Tim Cook once boasted that its predecessor, the A12, was faster than any laptop CPU from Intel, we expect it to be a beast in the speed department. But as we’ve noted many times before, it’s frankly difficult to show off any speed improvements in a real measurable way that you or I would experience. Apple claims this processor is fast and will give you an additional hour of battery life compared to the XR. In our testing the iPhone XR got a little under 12 hours of battery life – so figure 13 hours on the iPhone 11. 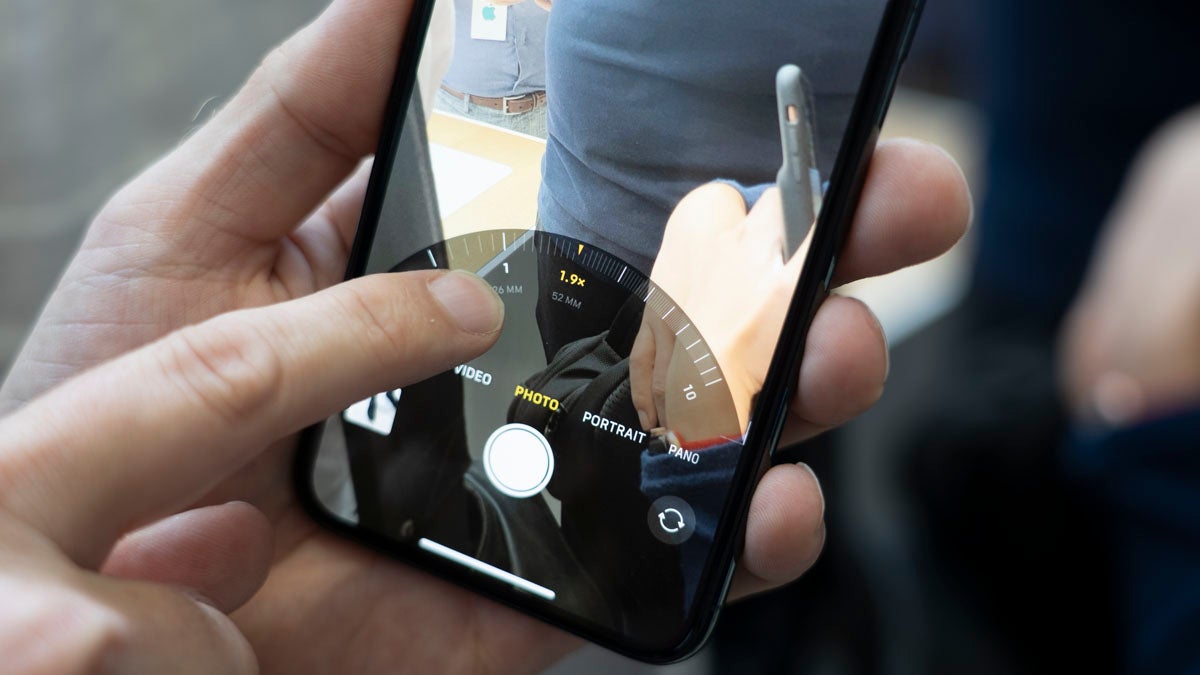 The 11 Pro will give you finer control of your photos. (Photo: Alex Cranz/Gizmodo)

So, okay, the Pros should have better battery life, more cameras on the back, better and brighter displays, and an 18W fast charging lighting charger. Those are definitely all nicer things! But those nice things command a hefty premium, and I don’t think that will be enough for most people.

Which is probably why Apple decided to embrace the Pro moniker it applies to its higher-end iPads and MacBooks. The Pro, it seems, is the person who wants the very best and doesn’t mind paying for it. For the rest of us, there’s no big fancy name to attach to the end of our devices. The iPhone 11 is just enough.

We’ll report back with a full review of all of Apple’s new devices just as soon as can.