The Handmaid's Tale: Where Did Things Go Wrong?

By Beth Elderkin and Vincent Tremblay on at

When The Handmaid’s Tale made its TV debut, it wasn’t just a show. It was a movement. The timing was uncanny, as the series premiered just months after the election of Donald Trump in the US, and amidst growing threats to women’s rights. But three seasons later, the show’s fire of resistance has lost its spark.

Based on the award-winning book by Margaret Atwood, The Handmaid’s Tale started as a dystopian story of theocracy, sexual slavery, and oppression. June, played by Elisabeth Moss, was our window into this world. One that not only felt terrifying, but terrifyingly possible. Her struggle to survive, against all odds, felt real to us. But as the show has gone on, things have changed.

What once felt real now feels heavily scripted, threatening the authenticity that drew us to it in the first place.

First, there’s the issue of June herself. Her struggles in the first season—knowing that any wrong move could put her in danger—have been replaced by a sense of total invincibility. At one point in this most recent season, we see her get into an intense yelling match with Serena in front of the Lincoln Memorial. Moments later, they walk out onto the plaza overlooked by thousands of Eyes and handmaids—with no one seeming to notice, or care.

June continues to get away with things that would normally get her or anyone else in Gilead killed. From murdering the High Commander to slashing Serena inside Ofmatthew’s hospital room in season three, the lack of consequence for June gives her total plot armour that would have made no sense in season one. 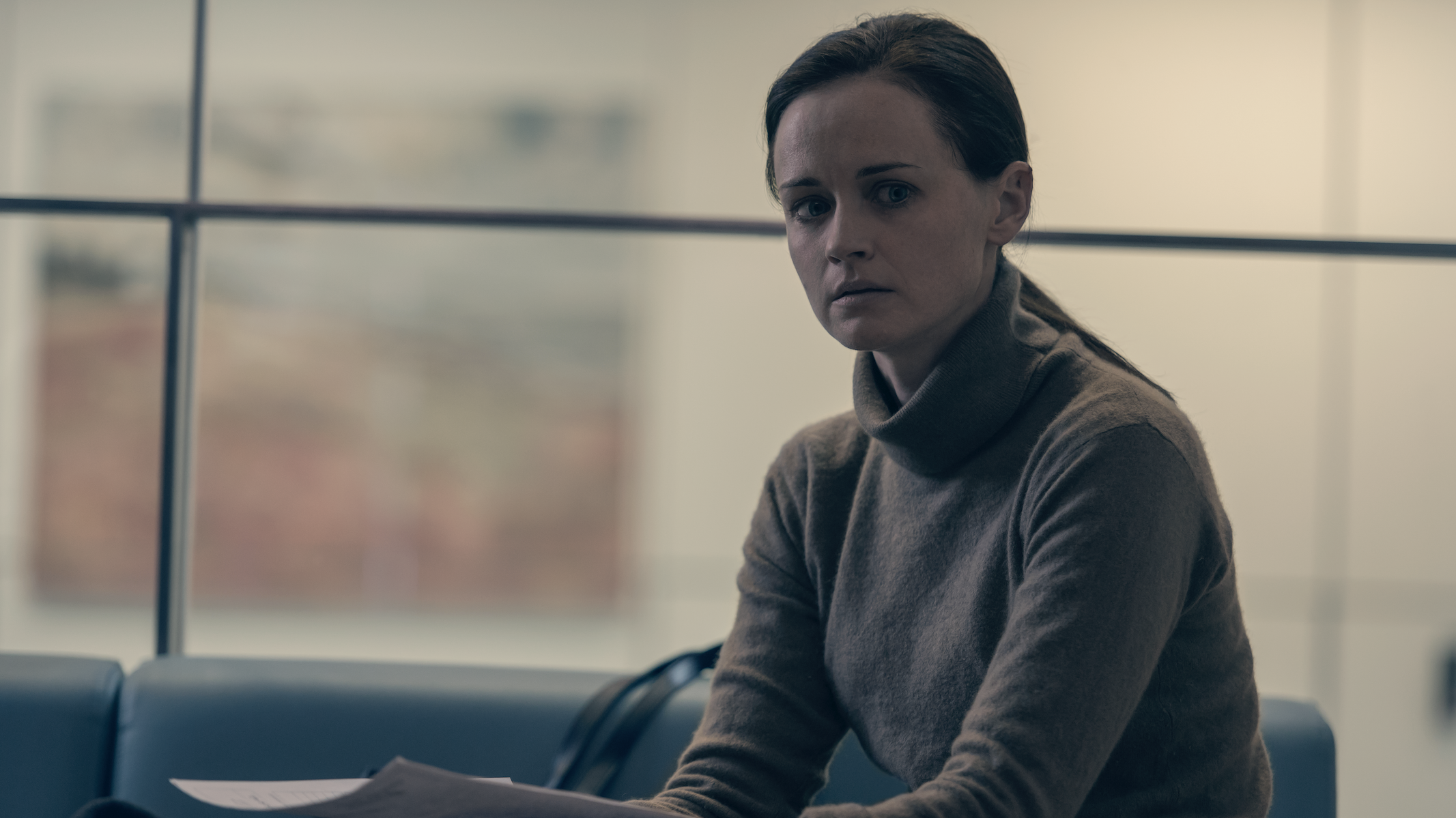 2. Underused Subplots and Side Characters

The main plot of season three was a custody battle for Nichole in a pretty unfulfilling back and forth. It finally ended with a defining moment for the series, but the experience of getting there was slow, to say the least. But an even bigger problem was the way the show dealt with subplots altogether. Nick suddenly appears halfway through the season, had his true identity as a secret agent of Gilead revealed...and he’s literally never seen again.

This all comes at a cost, as some side plots and characters that actually deserve more time and attention end up falling short. Moira and Luke barely showed up this past season. And while we do get to see Emily and her estranged wife try to piece their lives back together in Canada, they’re quickly pushed aside so we can spend more time with June and the Waterfords.

Then, there’s Ofmatthew. She was brought into the third season as a way to represent the true Gilead believer. In the end, she was really only there to fulfil a redemption arc for June that could have been accomplished in any number of ways. The fact that she was an unwavering antagonist for our hero—and one of the few characters of colour with any meaningful screen time this season, who was only valued as a person after she was unconscious—made it feel all the more cringey. 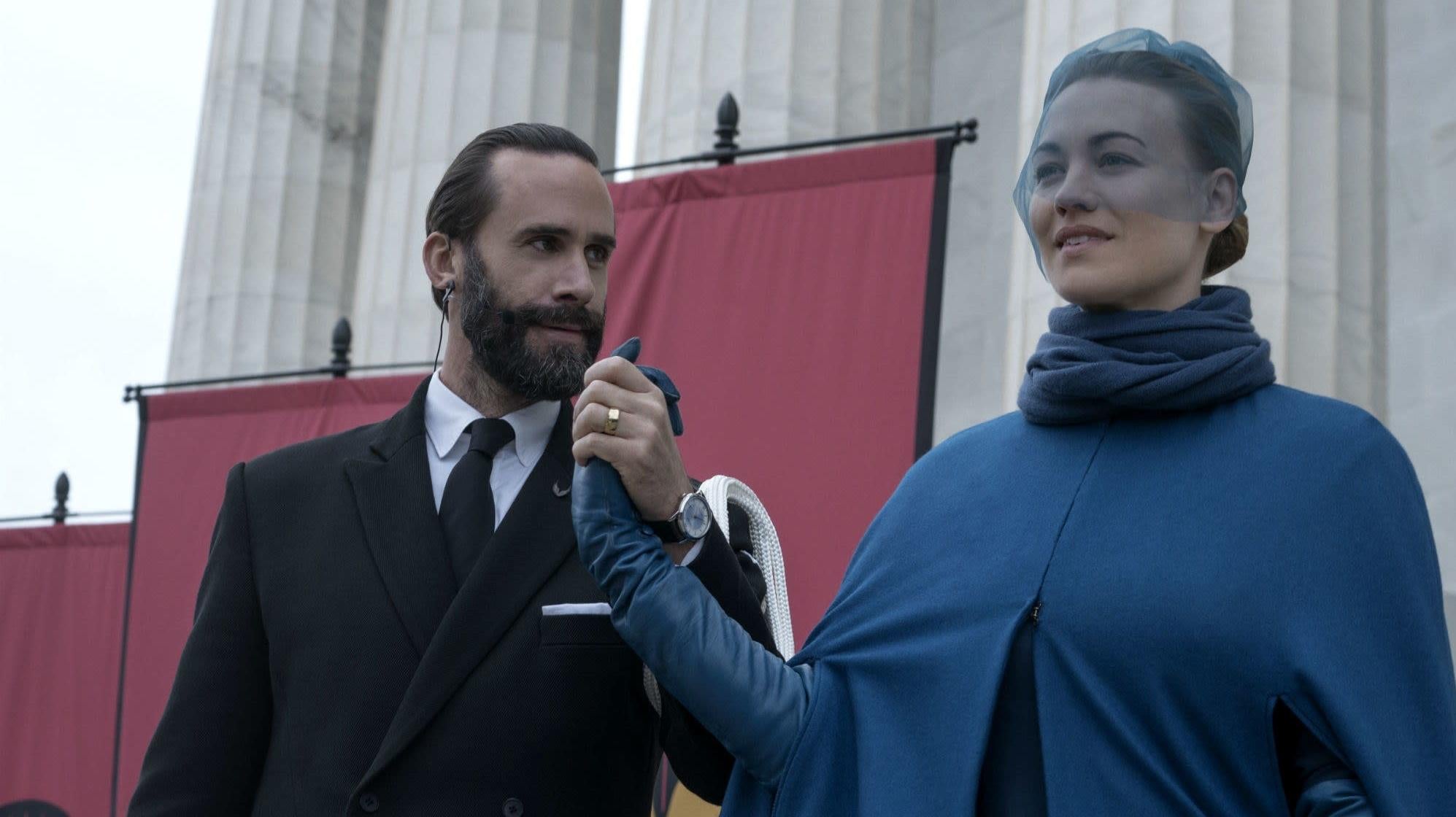 As the series has grown and moved away from the perspective of June, it’s tried to grow the world of Gilead and its relationships to other countries; but much like the rest of the show, this has come at an agonisingly slow pace.

We get some small glimpses into the area outside where the handmaids live—but even after long scenes in places like the Colonies, we’re left guessing at how the Republic actually functions. For instance, how far does Gilead extend? Is it at the height of its military and political power, or suffering from loss of forces? And if you can really just drive into Canada on a backroad, why is there no enforced border? Coupled with how slow the plot is unfolding, it feels like we’re really missing out on some much-needed world-building.

It made sense for the original book to ignore most of the details about Gilead: Offred was an unreliable narrator with a limited scope of information. But much like the later seasons of Game of Thrones, moving past the source material has proven challenging. There are series that have moved beyond the original story successfully, like The Leftovers, and for a while, Dexter.

The acting and cinematography of the show are still superb. But The Handmaid’s Tale is struggling because it’s trying to maintain the original tension of season one while attempting to keep the plot moving forward in ways that just aren’t that believable. Season four is already greenlit, and Hulu has claimed that they could see the show going on for years to come.

Some might be okay with the show being more hopeful instead of depressing, but The Handmaid’s Tale is a different show now. The fear that made it so powerful is gone, replaced by James Bond in a red cloak and wings.