While waiting for your flight to board, you look at your phone and realise its battery is at 1 per cent. You look around but can’t find a power outlet. There might be practical solutions to this problem. Or, you could follow Randall Munroe’s instructions and attach a paddle wheel to an escalator in order to power a generator that can then charge your phone.

The most impractical solutions to mundane problems form the basis of xkcd creator Munroe’s new book, How To: Absurd Scientific Advice for Common Real-World Problems. Want to throw a pool party but don’t have a pool? Dig a hole with an industrial vacuum and fill it with condensed water vapour collected out of the air. Need to cross a river? Just boil the water away using a giant field of tea kettles. Munroe presents these and other complicated solutions to simple tasks with the help of his signature stick-figure comics and his deep knowledge of the laws of physics.

Gizmodo spoke to Munroe about how he devised these wacky-but-technically-possible schemes and whether he’s tried any of them. This interview has been condensed and edited for clarity.

Gizmodo: Where do you get your ideas?

Randall Munroe: I’ve always been enthusiastic about taking a really bad idea and then following it to its logical conclusion, or figuring out if it’s really a bad idea or not, even if it’s really obvious on the face of it that it is. A lot of time with What If articles, I found while I was answering questions, I’d find myself veering into... “It seems like you’re trying to do this, but here’s another way I thought about,” and then answer whether that would work or not. I thought it would be fun to do a whole book where I used that as a premise, taking tonnes of tasks you might want to do, come up with terrible ways of doing them, and work through them to see what the actual consequences are – whether they’d work or why they wouldn’t work, and if anyone had ever tried them. 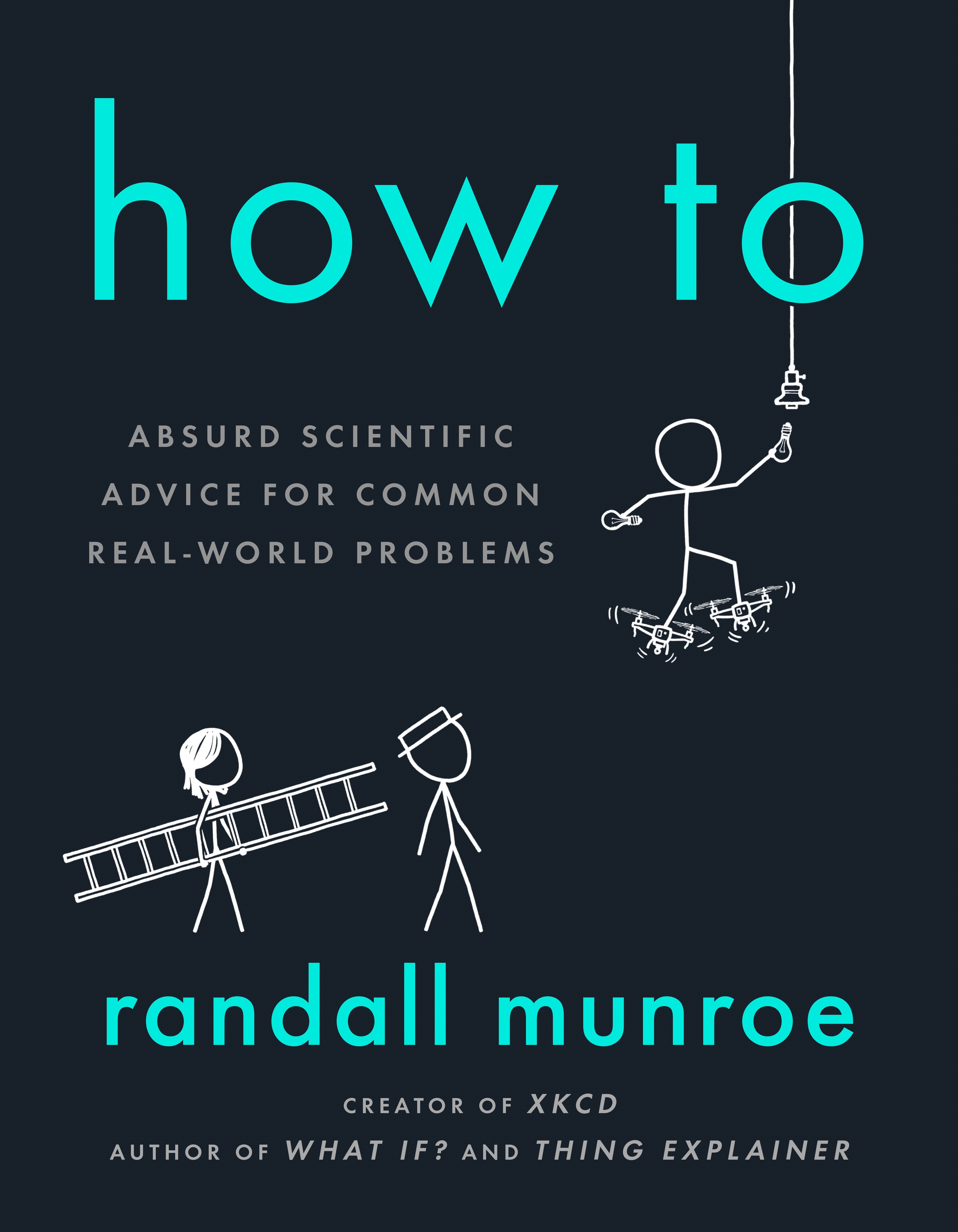 Gizmodo: What’s the most implausible idea in the book?

Munroe: I asked astrophysicist Katie Mack about trying to power my house by triggering vacuum decay in the fabric of space-time, because there’s a vast amount of latent energy in the vacuum of space itself, and there are some theories that say if the right things happen involving high-energy physics, then space could collapse to that lower energy state. It would have the side effect of destroying the universe in an expanding bubble travelling at the speed of light, which is why she suggested not to do that.

Gizmodo: How do you come up with the most ridiculous solutions?

Munroe: I think a lot of the time I will start with a question like, “could you do this?” Something that’s really hard to answer or really interesting. But sometimes the answer is bland or straightforward—yes you could, and it would have this result, or no you couldn’t. So what I’ll do sometimes is when I get a simple answer, think, okay, what will the consequences of that be? Or if it’s not practical, I’ll think okay, is there a way to make it possible, even if it loses all of the original benefits?

Like when I was looking at ways to move – I talked about all of the work involved in packing. Packing is a lot of work, so I started trying to think, is there a way to avoid having to pack. That led me to, some people will move entire houses, what about that? In practice, it’s probably more work than packing up all the stuff in the house. So what are the consequences? I learned about how you pick up houses, and I learned that when you drive with a house, you have to get a permit for every jurisdiction you’re going to pass through. That led me to wonder, can I skip driving? What if the house flies? How hard is it to lift a house into the air? Can heavy-lift helicopters do it? For a normal suburban house, they can’t, so in the process of reading about that, I read a study that was commissioned by the [US] Navy that looked at taking two helicopters and sticking them together, which, if you’ve ever seen dragonflies mating, it looks like that.... They decided not to go with that idea. If a helicopter can’t do it and it’s too big to fit into a heavy-lift aeroplane, can you rig up something that makes it fly by attaching jet engines to the house? There’s no way to pretend we’re doing less work than just packing, but hey, we’re making the house fly.

Each question I ask leads to a bunch of new questions, and trying to answer those leads to new ones. You have to stop at some point, or you can just go on forever. A lot of it is just forcing myself to reach a stopping point, we’ve figured out this idea isn’t getting any worse in a fun way, it’s time to back up out of this rabbit hole.

Gizmodo: Have you tried any of the strategies in the book?

Munroe: I don’t want to do an instruction book that’s like, here’s a fun chemistry experiment to do in your kitchen. I try to split the ideas into practical but useless and not dangerous, and the ones that for obvious reasons you can’t try, or it would be extremely obvious why it isn’t helpful, like making your house hover with jet engines... But in the chapter “How to Throw Things,” [the legend goes] that George Washington threw a coin over a river. Is that possible? What river is it? How far can I throw a random object? So I had fun coming up with a simple physical model for how throwing works. When I plugged in numbers, it gave surprisingly consistent results. So I tried applying it to a bunch of different projectiles, and then me and a friend of mine, to see if it was approximately correct, went out to a field with a bunch of random objects from our houses. He had a bicycle wheel, I had a decorative wood block and a bottle of wine, and we tried to see how far we could throw each one and put our own numbers in: I’m this tall and this weighs this much, here’s how heavy I am, the object’s mass and shape, and see if we were in the ballpark. It held up pretty well.

One thing I really like is using examples for problems. Picking random real-world examples makes it much funnier and immediately suggests new consequences. A model of a person who’s 5-foot-whatever and weighs however many pounds can throw an object weighing 14 pounds x number of feet – that’s boring. You can do the same maths, but it’s Carly Rae Jepsen throwing a microwave, and I’m immediately more interested in that. Or George Washington throwing a silver dollar over a river, that ties into real-world questions. Did he? Has anyone tried to replicate it? Why do people make up so many stories about George Washington? You can plug anything into these models. How far can George Washington throw a microwave, or how far can Carly Rae Jepsen throw George Washington? The maths don’t really care about how ridiculous anything you’re asking is.

Featured image: Illustration: Randall Munroe (From the chapter, “How to Take a Selfie,” excerpted here.)