A trio of researchers from the US and the UK has won the 2019 Nobel Prize in Medicine, the first of five prizes to be announced this week. Today in Sweden, the Nobel committee announced that Americans William Kaelin Jr. and Gregg Semenza, along with Peter Ratcliffe, would split the nearly million-dollar prize for their work in unravelling a fundamental aspect of life: how our cells keep track of and respond to fluctuating oxygen levels.

This year’s prize was decades in the making.

Though we’ve long known that our cells need oxygen to produce energy and keep us alive, we were largely in the dark on how cells sensed oxygen, or how they managed to adapt in times of low oxygen, a state known as hypoxia. In the early 1990s, Gregg Semenza, currently of Johns Hopkins University, and his team discovered some of the key genetic machinery that cells use to detect hypoxia and then respond by producing a hormone called erythropoietin (EPO).

Semenza and Ratcliffe, from Oxford University, independently figured out that this machinery was found in virtually every type of cell throughout the body, with Semenza coining it the hypoxia-inducible factor, or HIF. Ratcliffe and William Kaelin Jr, a cancer researcher at the Dana-Farber Cancer Institute and Harvard Medical School, subsequently discovered that another gene, called VHL, was crucial to HIF working correctly. In the early 2000s, both of their research groups also teased out the final pieces of the puzzle, discovering the protein interactions that allowed cells to sense oxygen and regulate their VHL-HIF machinery. 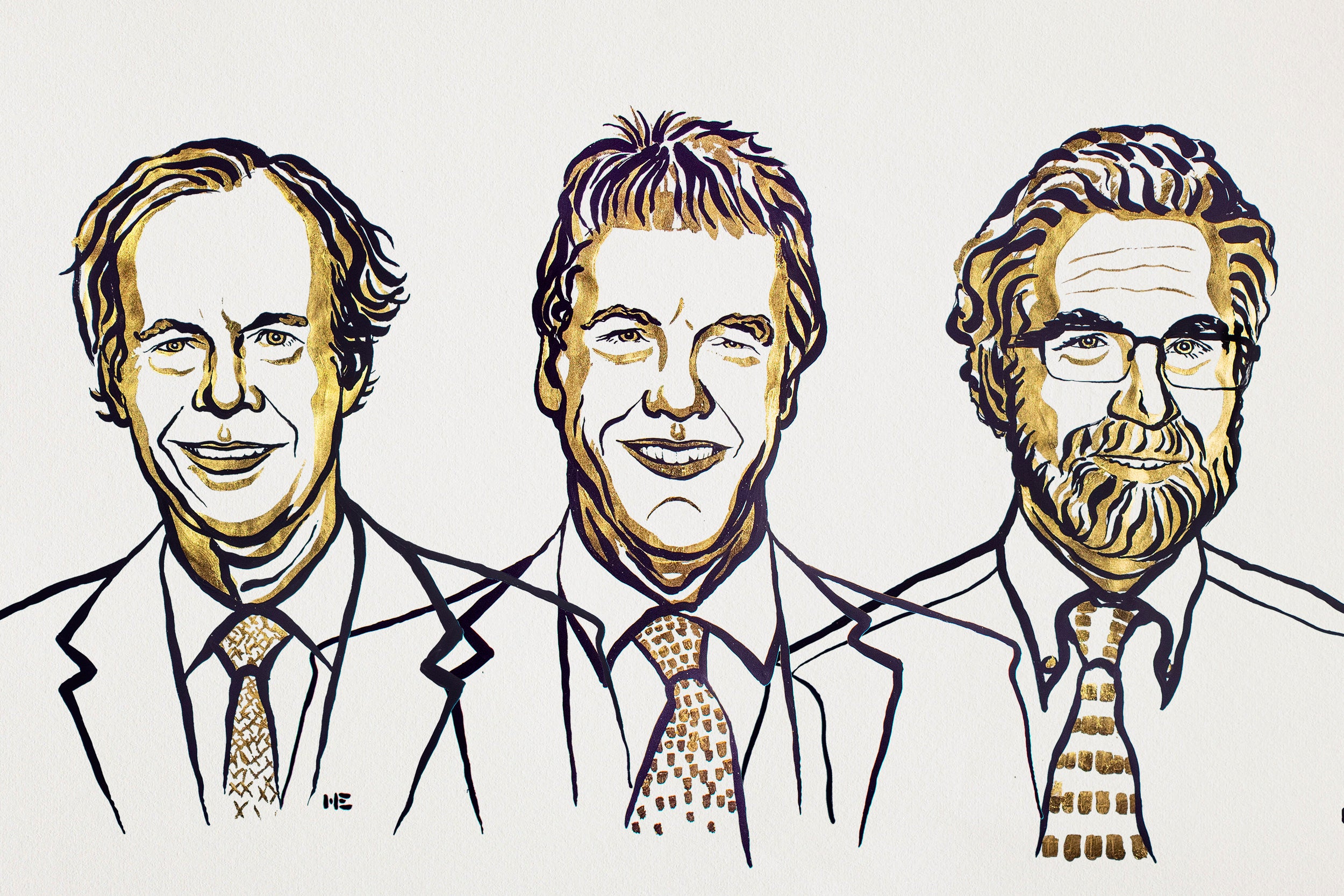 According to the Nobel committee, the trio’s work has allowed other scientists to better understand a wide array of human activities, from exercise to how we develop in the womb. And their efforts will likely pave the way to better treatments for certain cancers and conditions like stroke, chronic kidney failure, and heart attacks.

“They were extremely happy, and happy to share the prize with each other,” Thomas Perlmann, a member of the Nobel Assembly, said at the conference held Monday at the Karolinska Institute in Sweden, Reuters reported.

There was some time zone-related awkwardness, though. While Ratcliffe was already at his office by the time the Nobel committee called, Semenza was fast asleep, as Sweden is six hours ahead of the Eastern US time zone where Johns Hopkins is primarily based. Initial attempts to reach Kaelin went to a wrong number, according to Reuters.

The rest of the week will see Nobel prizes awarded in the fields of physics, chemistry, and literature, as well as the Peace prize for bettering foreign relations.