Here They Are, the Dumbest Smart Glasses

It’s hard to stay focused on a task when even the watch you’re wearing can distract you with video games and internet access. But a company called Narbis has come up with a smart device that promises to keep you focused by physically preventing you from seeing the distractions all around you.

The Narbis smart glasses look like a bulky pair of Oakleys, but the thick frames house electronics and batteries that power a pair of LCD shutter lenses. Like transition lenses that automatically darken when you step outside into sunlight, the opacity of these lenses can be adjusted to make them more or less opaque – but not in response to the sun’s rays.

You’ll also notice one additional feature not found on regular glasses, or even the smart specs that countless other companies seem to be developing. A third arm on the Narbis smart glasses positions a sensor atop the wearer’s head, joining two other sensors behind the ears, that, the company says, allows it to measure brain activity, which is how the system knows when someone is distracted or not focusing on the task at hand. Using neurofeedback and a “NASA patented algorithm,” the Narbis glasses track the wearer’s brain activity and then uses that data to determine if they’re distracted, at which point the glasses’ lenses darken, or focused, which causes the lenses to become transparent again.

It’s the classic penalty and reward system known as operant conditioning that you probably used to teach your pet not to pee on the carpet but applied to human beings. Instead of putting users in a cage for a few minutes, it uses the auto-adjusting lenses to shut out the world around them until they do good again; which, in this case, is focusing on work/reading/studying. What I’m saying is, they’re like a cage for your face. 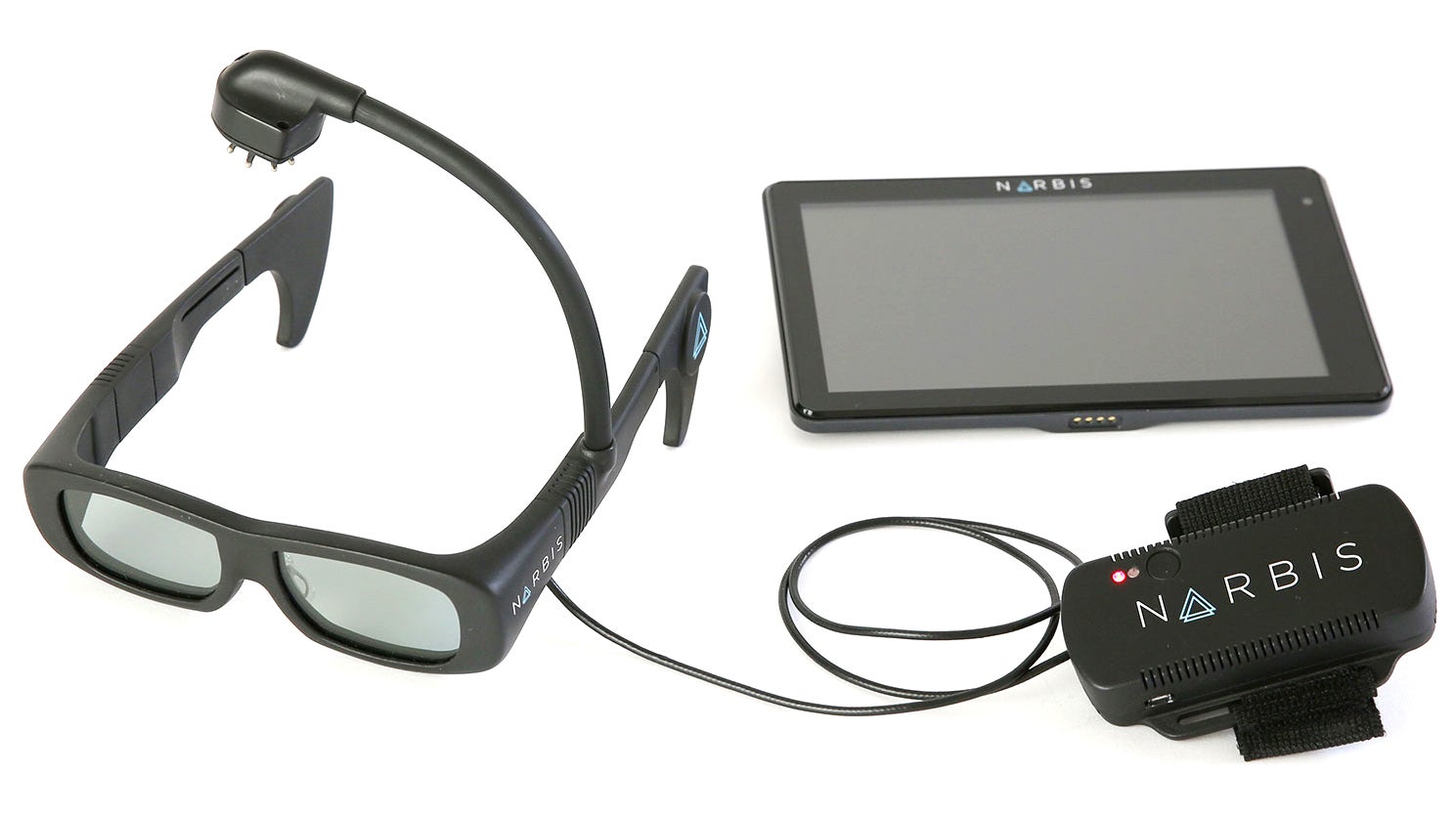 The Narbis smart glasses aren’t expected to ship until December, but users who pre-order a pair now will get $100 (£78) off the retail price of $690 (£537). If you’re thinking to yourself, “wow, that seems expensive,” it’s because that is a lot of money to pay for smart glasses that don’t deliver any of the expected smart glasses features like music playback, access to a voice-activated smart assistant, or even a tiny screen for discreetly checking email. The Narbis system does include its own tablet, so you don’t need to factor in the cost of additional hardware to make it work, but it seems like a lot of money to spend when you could just turn off your smartphone and hide it in a drawer if you’re facing a pressing deadline.