Kickstarter and Indiegogo are home to some of the most innovative tech ideas around, and there’s plenty of choices if you’re looking to invest in something cool, useful, or cutting-edge. Just before you part with your hard-earned cash, though, we’ve got some warning signs and red flags to help you tell the difference between a viable proposition and something that’s likely to crash and burn.

That crashing and burning does happen: In fact, we even declared a (long-since lifted) moratorium on covering Kickstarters at one stage. Big dreams don’t always turn into big products, and the most recent crowdfunded project to bite the dust was the Blocks smartwatch, with no product shipped in five years.

Kickstarter and Indiegogo are continually making changes to ensure they have more hits than misses, too: Listings are encouraged to have actual working prototypes of gadgets now, rather than renderings, and Kickstarter has recently been encouraging project developers to use less hyperbolic language too.

We don’t want to discourage you from backing projects you like the look of, but even the best Kickstarters and Indiegogos should be approached with an abundance of caution – take these questions into consideration, and you’ll have a much better chance of getting something back for your money.

Is this product actually viable? It’s a basic question, but it needs asking. Trying to put a unique twist on the iPhone case concept is one thing, trying to develop a smartwatch platform and hardware ecosystem from scratch is quite another. There’s nothing wrong with projects being ambitious, of course, but weigh what the crowdfunders are attempting against what’s already on the market, and the way the technology winds are blowing.

Take a long look at the people behind every project you’re thinking of backing: What have they done in the past (on and off Kickstarter and Indiegogo)? What are their areas of expertise (software, hardware, marketing)? Do they seem like the sort of people who can get this project off the ground? Building something successful takes a lot of hard work and effort, so study the credentials of those behind it, as if you were interviewing them.

Everything is relative to what’s actually being developed, but obviously, a high funding target is going to be harder to hit and involves more risk and more variables than a lower one. Be wary of assuming a project is going to hit its goals just because it’s been raising money quickly – it might just mean that the people behind it have decent PR skills. Cheaper products and lower funding goals are generally going to be more viable ones.

The quality of a crowdfunded product listing can tell you a lot about that project’s chances of succeeding in the end. Okay, being good at Photoshop and writing doesn’t necessarily mean you’re going to be good at getting a product developed, but a polished listing does show a level of commitment and investment that bodes well. Look for decent imagery and videos, and product blurbs that have had some time, effort, and thought put into them. 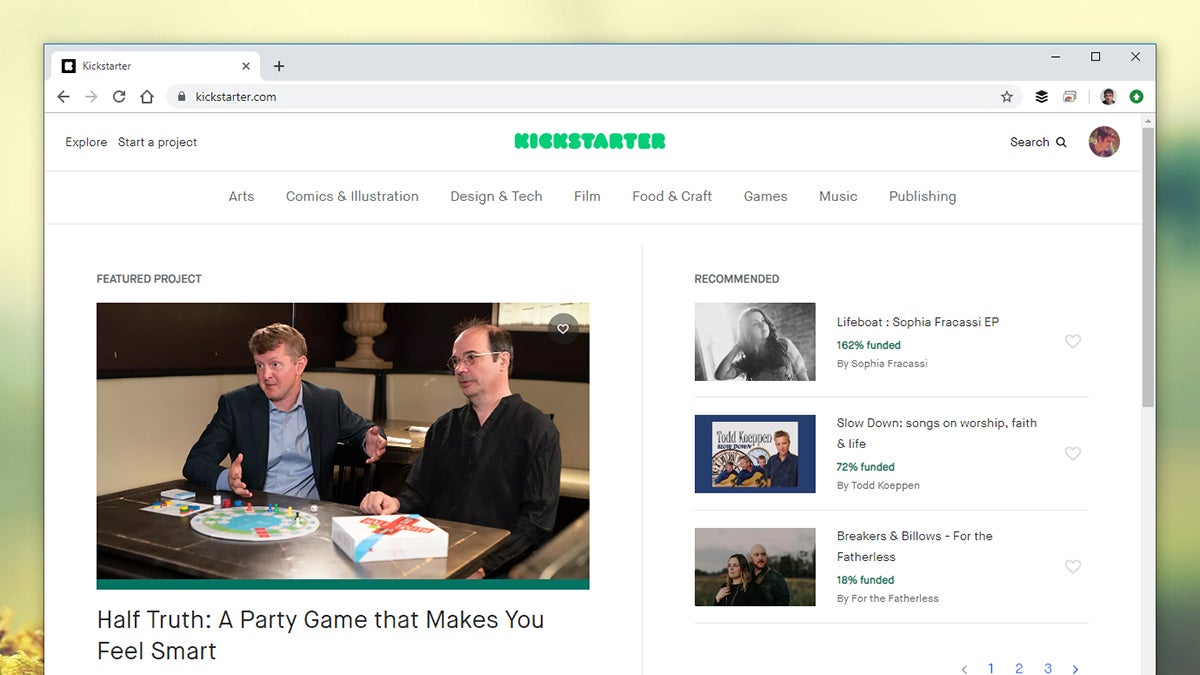 What are the actual goals?

Speaking of the listing, study what the project’s aims are: Is it trying to turn a back-of-a-napkin sketch into reality? Is it looking to take an existing product and build on top of it? Is the project being used as an idea launchpad for a giant tech company? Not every Kickstarter is trying to develop something from scratch and bring out a complete product at the other end, so read and assess the project aims with that in your mind.

What’s been done so far?

A really good sign for a Kickstarter or Indiegogo – though there are no guarantees, really – is that the team is just looking for a bit more funding to complete what’s already been done. Have the product developers done their market research? Have they worked up a prototype? Have they done the relevant testing? Or do they just have an idea? The more groundwork that’s been done already, the better the chances of ultimate success.

What are the backer options?

Something that we look at to weigh the viability of a Kickstarter or Indiegogo is the list of price points you can invest in: If the early bird backers are getting themselves a huge discount on the final retail price, that raises questions of how well this project is actually going to be funded. On the other hand, if a listing is able to offer a tonne of extras and goodies that already exist, it’s a sign that these people actually know what they’re doing.

Kickstarter now prefers project developers to show working prototypes in their listings, and this is a big plus if a project has this included – you do at least know that this gadget isn’t just hypothetical. Of course, there are all the other aspects of getting it mass-produced, but a working prototype is a start. On that note, some crowdfunding projects offer prototypes out to the press to test and assess, which is something else to look out for. 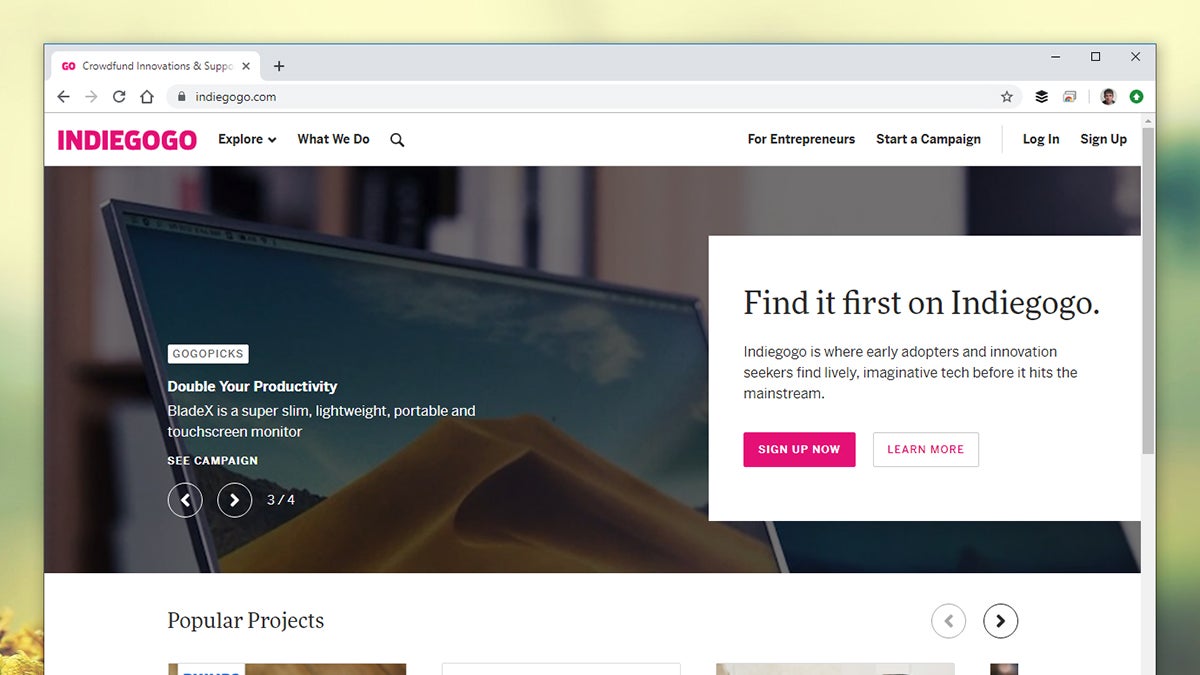 How communicative is the team?

Also on the project listing itself, check the comments, discussions, and updates to see the sort of questions that backers have, and (perhaps more importantly) how quickly the project developers respond. If you’re dealing with a product team that isn’t prepared to engage in prompt communication with its customers and users, then that doesn’t bode well for when you’re trying to find out what’s happening six or 12 months down the line.

Why is this on Kickstarter or Indiegogo?

If a company really is about to change the world with a hoverboard that lets you fly through the sky, does it need to turn to Kickstarter or Indiegogo for funding? Or would it be able to secure the money it needs from private investors? Spotting the most viable projects isn’t always an exact science, but this is another of those considerations you can weigh up: Why has this product not been able to get funding through any conventional channels?

Kickstarter and Indiegogo like making money and will therefore promote and plug the best projects on their sites, so you’ll part with your cash to back them. You’ll see featured and recommended projects on the site front pages, and on category listings. If you see the “Project We Love” or “GoGoPicks” badges anywhere, then that’s another reason to think about backing something. Of course, even the experts get it wrong sometimes.

Some projects make use of Indiegogo’s flex funding – where the people behind a campaign can keep money from backers even if they don’t reach their funding goal – and that’s always a bit of a red flag for us.