Archaeologists working in northern Israel have discovered the remnants of an Early Bronze Age city that boasted some 6,000 inhabitants, in a find that’s dramatically altering conceptions of the region’s ancient past.

The lost city, found during the construction of a new highway interchange, is located near the Israeli city of Harish in the Haifa area. The Israel Antiquities Authority (IAA) led the excavations, which required 2.5 years of work and the assistance of nearly 5,000 Jewish and Arab teenagers and volunteers taking part in IAA’s Sharing Heritage Project, according to a press release from the IAA.

With a population somewhere between 5,000 and 6,000 people, the 5,000-year-old Early Bronze Age city, called En Esur, is rebooting archaeologists’ ideas of urbanisation in Israel at the end of the 4th millennium BCE. The city featured surprisingly modern amenities, such as planned roads (including streets and alleyways), residential and public areas (including an intriguing temple), and defensive fortifications. 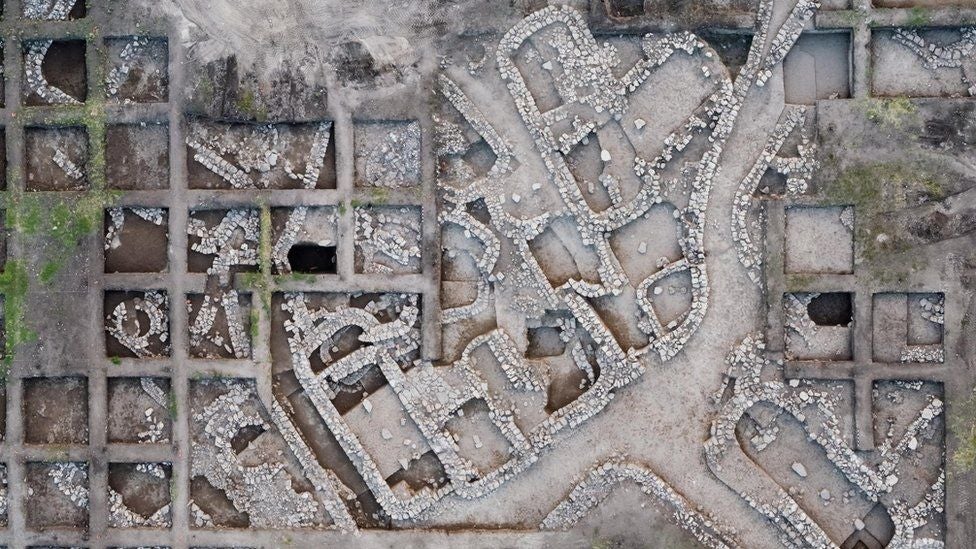 The city measured around 161 acres in size, which is twice the size of similar finds, according to the BBC.

“This is a huge city – a megalopolis in relation to the Early Bronze Age, where thousands of inhabitants, who made their living from agriculture, lived and traded with different regions and even with different cultures and kingdoms in the area,” said IAA archaeologists Yitzhak Paz, Itai Elad, and Dina Shalem, all co-directors of the excavation, in the press release.

Older, larger cities have been found elsewhere – including the 9,000-year-old city of Çatalhöyük in modern Turkey, which hosted between 3,500 and 8,000 people – but En Esur now represents the biggest of the earliest settlements in Israel and the surrounding area.

The excavations at En Esur also revealed the presence of an older settlement, the evidence of which was found beneath several dwellings. The older city dates back 7,000 years ago to the Chalcolithic period. The area was likely so desirable because of its fertile ground and the presence of two freshwater springs nearby, according to the IAA.

A ritual temple at En Esur included a courtyard with a large stone basin used for liquids – likely animal blood – during religious rituals. This, plus the discovery of burnt animal bones, suggests this culture conducted sacrificial offerings.

The archaeologists also found a seal impression depicting a humanoid figure with hands lifted high and an assortment of figurines. Collectively, these artefacts “allow us to look beyond the material into the spiritual life of the large community that lived at the site,” explained the IAA directors. 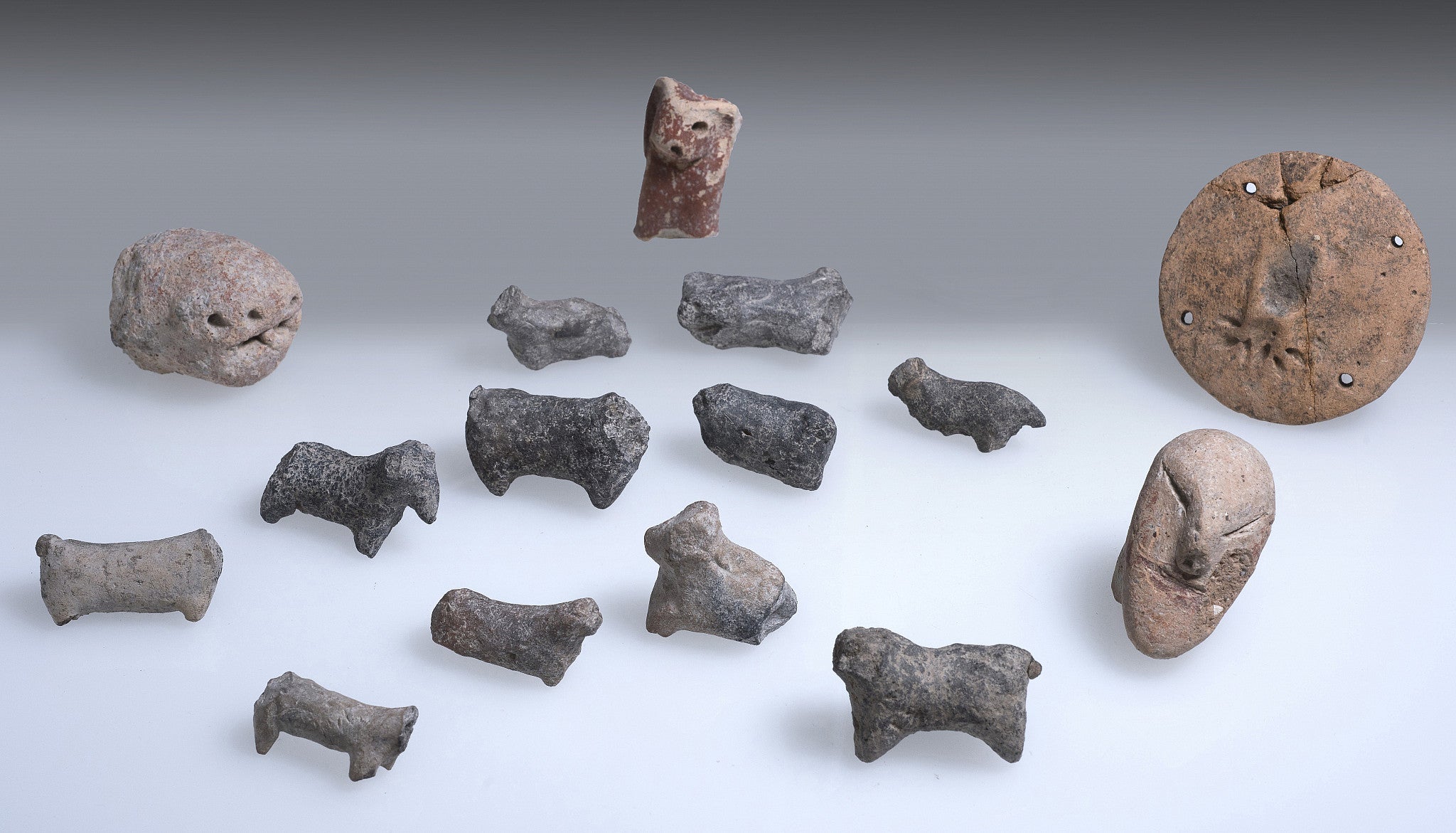 Other artefacts found at En Esur include “millions” of pottery fragments, flint tools, and basalt stone vessels, some of which were brought to the area from Egypt, according to the press release.

The presence of well-organised neighbourhoods and public buildings implies the presence of central organisation and a hierarchical society. This city “could not develop without having behind it a guiding hand and an administrative mechanism,” said the IAA directors. 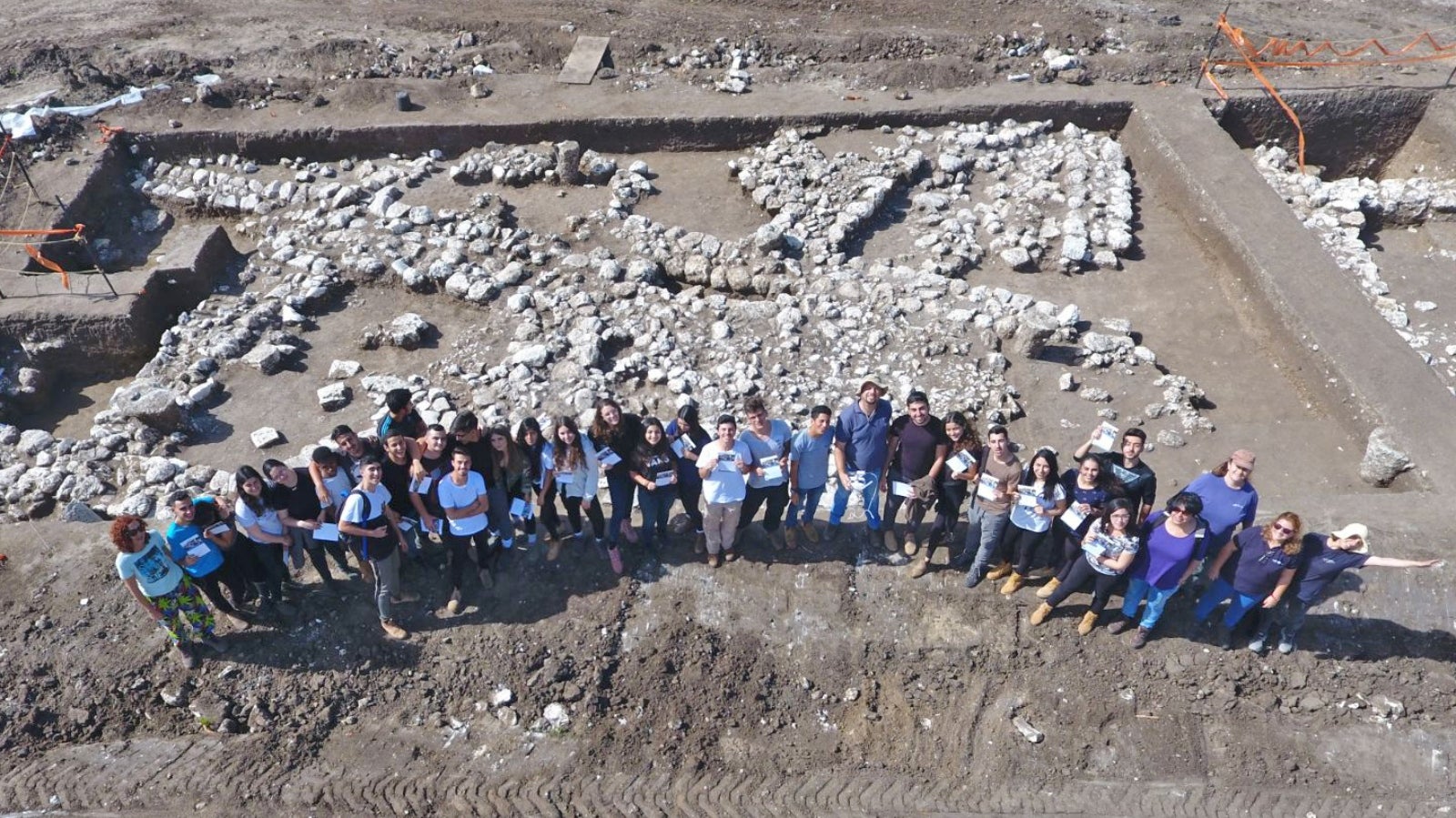 Some of the 5,000 young volunteers who contributed in the excavations. (Image: Yaakov Shmidov/Israel Antiquities Authority)

This city existed during a transitional time, as people in the area moved from rural to city life.

“There is no doubt that this site dramatically changes what we know about the character of the period and the beginning of urbanisation in Israel. This is a fascinating period in the history of the Land of Israel – the Canaan of those days – whose population undergoes changes altering its face completely,” said the IAA directors in a joint statement. “The rural population gives way to a complex society living mostly in urban settings.”

Given the importance of this monumental discovery, the highway interchange will be built high above the site “to permit its preservation for future generations,” the IAA said.