Oh God, There's So Much Blood

A family of seven in the US state of Iowa had the nightmarish experience of finding their basement had turned into Blood Ocean courtesy of the meatpacking plant next door, WHO-TV of Des Moines reported this week.

Nick Lestina told the broadcaster his family had lived next to Dahl’s Custom Meat Locker for a decade without any issues, but that the facility had recently come under new ownership before flooding their basement on 3 October with nearly five inches of animal blood and various scraps like fat and bone. The facility had apparently used a floor drain to wash away fluids from a recent livestock slaughter, unaware that it was connected to Lestina’s basement. 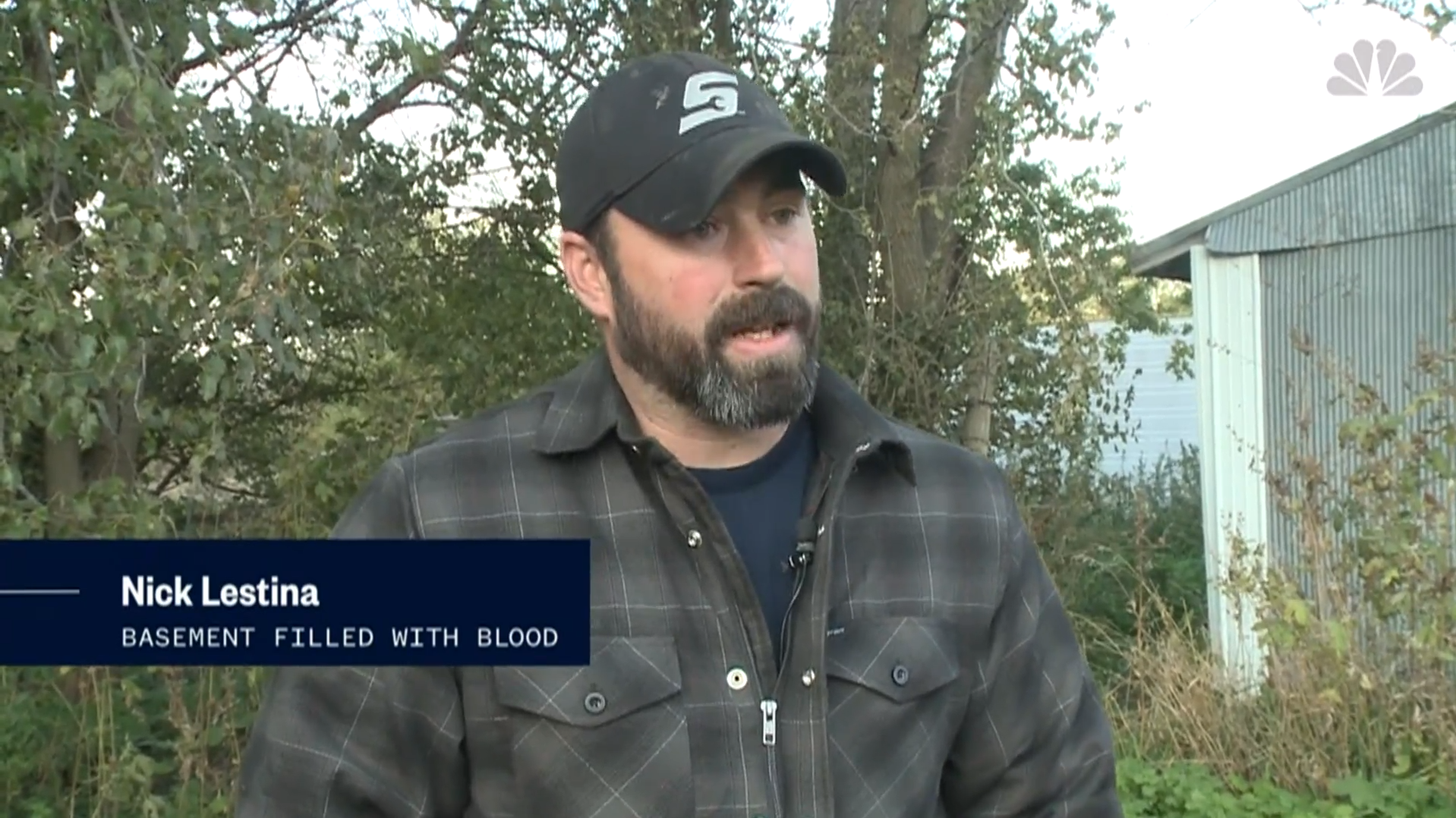 According to the Des Moines Register, Kaitlin Dahl said the facility uses a catch drain to catch most of the blood for proper disposal, but that a small amount is allowed to go down a back drain on the floor. Investigators have determined that a tile line is connected to both buildings, with a break or clog resulting in blood flowing back into the family home.

The Iowa Department of National Resources confirmed both that it was investigating the case and that the blood would have kept rising had Lestina not had a sump pump installed, WHO-TV wrote.

“[Dahl’s] haven’t reached out at all,” Lestina told WHO-TV. “In fact, they haven’t taken any accountability for it. They say it’s not their fault and told me ‘good luck.’ If I want to do anything about it, it’s on my dime and my schedule.”

However, the Register reported that Dahl’s had reached out on Wednesday following the WHO-TV segment and newspaper coverage.

“We don’t want to harm anybody,” Kaitlin Dahl told the Register. “We’re not bad people. We’re trying to make a living, not enemies.”

“The meat locker from my standpoint has been pretty cooperative,” Iowa DNR senior environment specialist Kevin Wilken told WHO-TV. “They have worked with me to come up with a permanent solution so the animal blood, fat and all that stuff is no longer discarded down those floor drains.”