The Nest Mini Is an Excellent, if Unnecessary, Upgrade

If it ain’t broke, and you manage to sell over 100 million units, don’t fix it. That best sums up the latest version of Google’s Nest Mini (formerly the Home Mini) smart speaker. If you’re in the market for a cheap smart speaker that will occasionally be used for listening to music, it’s still Google’s best bargain. But if you’ve already got a Home Mini, the Nest Mini isn’t worth the upgrade.

Officially revealed at its Made By Google event earlier this month, the Nest Mini confirmed rumours and leaks that the search giant was moving all of its smart home and Google Assistant products under its Nest brand. That’s about the most groundbreaking change between the Home Mini and the Nest Mini. 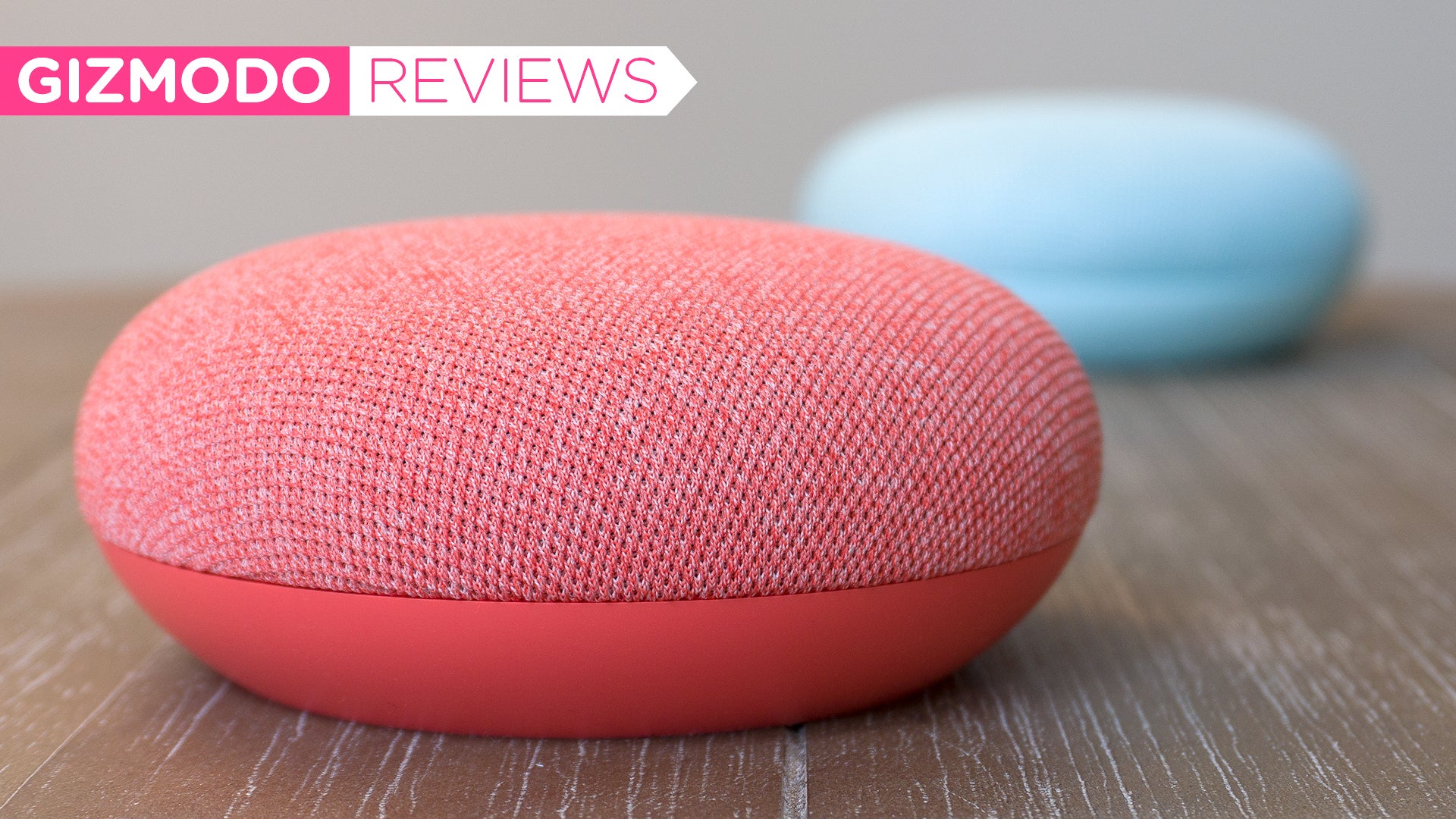 WHAT IS IT? A cheap smart speaker for those who use Google Assistant.

LIKE: The added microphone helps the Nest Mini better hear you.

DON'T LIKE: The improved bass performance sounds a little muddy.

When sitting side by side, the old and new versions of the smart speaker are nearly indistinguishable. Its design is small and neutral, and one of the few smart home gadgets that can effectively disappear on a shelf or kitchen counter like a colourful knick-knack you found at Habitat. What the Nest Mini instead brings is a handful of minor improvements and refinements that, for the most part, justify its existence as a new version of the product – even if it’s one few existing users should feel the need to upgrade to.

After a serious privacy bug was discovered with the original Home Mini, Google permanently removed a feature that allowed quick taps on the top of the speaker to trigger the Google Assistant, or other functions like pausing music playback. With the Nest Mini that touch functionality has been restored, but it doesn’t add much to the speaker’s usability experience. I can’t see myself ever actually using it. As with its predecessor, the Google Nest Mini features four colour-changing LEDs on top as a status indicator.

The Nest Mini carries over the four status LEDs found atop the speaker. They are used to provide visual feedback for various functions including indicating when the device is actively listening to you, when its mic is muted (the LEDs all turn orange), or what the current volume level is set to. They’re also now joined by two additional LEDs, one on each side of the speaker, that glow when you tap the Nest Mini on its sides to increase or decrease its volume. They’ll also gently illuminate when a hand comes near the speaker so users know exactly where to tap for volume adjustments.

The Google Home Mini was powered by a micro USB cable, but instead of upgrading that to USB-C, the Nest Mini now uses a round power plug similar to what you’ll find on the larger Google Home. I’m not sure why Google made the change, but the Nest Mini’s wall plug is also ever so slightly larger than the one the Home Mini uses, so maybe it draws more power now. It’s not a deal breaker per se, but it does mean the Nest Mini will need access to a power bar or wall outlet which might limit where you can use it. It’s a decision that’s especially odd given the speaker now includes a hole on the underside for mounting it to a wall.

Confirmed: You can hang the Nest Mini on a wall. Not confirmed: Why you’d ever want to do that?

Audio performance is probably the Nest Mini’s most lauded upgrade, with Google promising twice the bass performance of the Home Mini. But Google also claims it’s a result of “proprietary audio tuning software” and minor hardware design changes, and from my testing I have to say the Nest Mini sounds like I’ve accidentally left the low-end of the EQ turned up a little too far. The extra bass performance helps the sound carry through a noisy room, but the songs I tested came across too muddled for my liking, and I’ve found I actually prefer the overall sound of the Home Mini instead. Yet if audio fidelity is your main concern you shouldn’t even be considering either Mini.

Two additional LEDs illuminate on either side of the Nest Mini when a hand gets near, indicating where a user can tap to make manual volume adjustments.

What does stand out as a big improvement, however, is the additional microphone Google has added to the Nest Mini. I spend most mornings yelling at the old Home Mini from the bathroom shower to skip tracks or make volume adjustments because it has a hard time hearing me with the music playing and water running. The Nest Mini performs much better in there, so I don’t sound like a cantankerous old man... as much.

You’ll have to crack the Nest Mini open and tear it down to find the speaker’s other notable hardware upgrade, but Google is now including a dedicated machine learning chip so that some voice commands don’t need to be sent across the Internet to the company’s cloud servers – they can instead be processed locally. I can’t say I noticed any immediate improvements with the speed of the Nest Mini’s response, but Google promises that over time a user’s most oft-used commands will be learned and processed locally so it might take some time before that particular upgrade proves itself worthwhile.

If you’re curious about what a smart speaker can do for you, then, by all means, go for the Google Nest Mini. It’s one of the cheapest ways to try out one of the most robust and capable smart assistants and smart home ecosystems. If you’ve already got a Google Home Mini but live next to a construction site, near a well-travelled stretch of railway line or have a brood of ten kids who scream like banshees from dusk to dawn, then the Google Nest Mini might be a worthwhile upgrade as the microphone improvements genuinely improve its ability to hear you. Everyone else should just keep their eyes peeled for deals on the older hardware as it’s cleared out for the new stock.