The Sony Xperia 1 Is the Most Underappreciated Phone of 2019

It feels like 2019 has been all about moving towards phones with fancy features like bezel-free screens, foldable displays, or nifty in-display fingerprint readers. But the Xperia 1 has none of these things. With its sizeable forehead, extra tall 21:9 display, and a row of buttons and sensors running down its right side, the Xperia 1 looks lanky, maybe even a bit ungainly, like a teenager that just hit a growth spurt. Because of its slightly awkward appearance, a lot of people will never give this phone a chance. It’s a shame because the Xperia 1 might be the most underappreciated phone of 2019.

Look, it’s no secret that Sony’s phone sales have struggled over the last few years, with Sony Mobile having lost more money than the entire PlayStation division made as recently as Q2 2018. And while Sony’s Mobile has managed to slow the bleeding over the last few months, the only way to really dig itself out of the hole was to make some major changes. So after getting new leadership, Sony revamped its entire design process, and instead of doing everything in-house, Sony Mobile looked to some of Sony’s other hardware divisions like the company’s TV and mirrorless camera businesses to help give the Xperia 1 (and its mid-range sibling, the Xperia 10) a boost. And it worked, kind of.

Using tech from its TV division, Sony created the world’s first 4K HDR OLED smartphone display, and it looks gorgeous, particularly if you’re the kind of person that watches a lot Netflix or other high-quality streaming video on the go. With its 21:9 display, you can watch blockbuster movies in their full native aspect ratio, instead of getting a cropped view or letterboxing at the top and bottom of the screen. On the other hand, if you watch a lot of YouTube or other services that largely feature 16:9 or 18:9 content, you’ll often have to deal with vertical black bars on either side framing your videos, so there’s definitely a trade-off.

Meanwhile, to make its extra-tall display a bit more manageable, Sony created something called Side Sense, which features hidden touch sensors built into the frame surrounding the Xperia 1's display. So instead of trying to stretch your fingers to the top of the screen to open the notification tray, you can simply double-tap the side of the phone (on either side) to open up a list of your more commonly used apps and shortcuts for things like notifications, battery mode, multi-window mode, and more. That said, there is a learning curve when it comes to getting accustomed to Side Sense, and even now, I don’t always trigger the Side Sense menu on the first go. 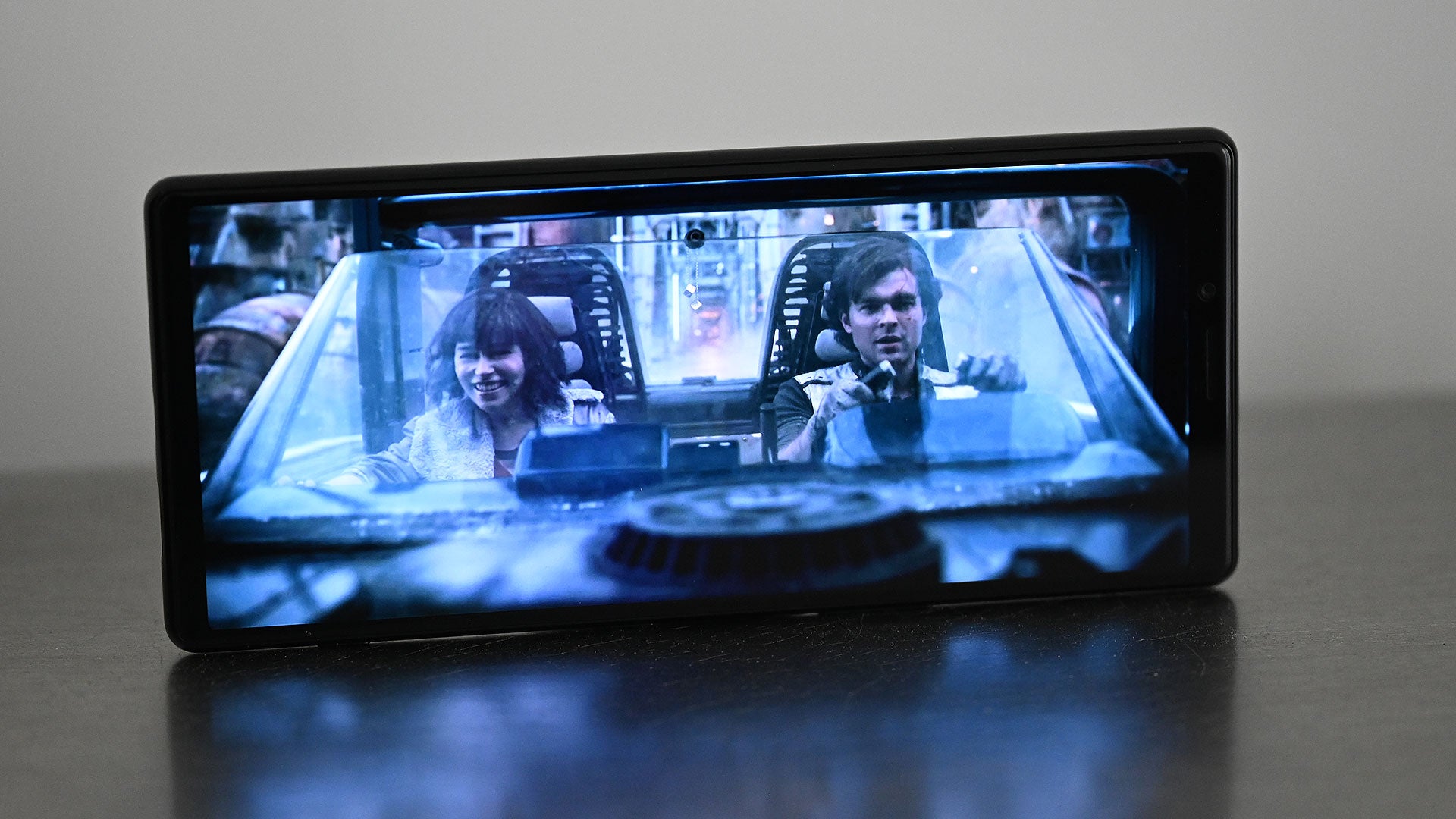 From Sony’s camera division, the Xperia 1 borrowed the Eye AF tracking system from the company’s high-end mirrorless cameras, which allows the phone to automatically detect and lock in on a person’s eye so that you never have to worry about your subject looking blurry or out of focus. This is something you can’t get on any other phone, and for people who love taking portrait shots, I’d argue Eye AF is way more important than any of the simulated bokeh or shallow depth of field effects that people seem to love so much. You also get your choice of three rear cameras consisting of a 12-MP main cam, a 12-MP 2x telephoto camera, and a 12-MP ultra-wide cam, and Sony’s signature dedicated shutter button (which is a personal favourite of mine).

And for mobile video fanatics, Sony has created its Cinema Pro video recording app, which leans on expertise from Sony’s line of Cine Alta pro-grade video cams, giving you manual control over almost any setting you could ever want. From there you can easily adjust things like white balance, focus, frame rate (23.96 or 29.97 fps), and more, while also giving yourself readouts on things like audio levels and free storage space. And while I wouldn’t quite call this app a full pro-grade replacement for a “real” camera (we’re still talking about a phone), the Cinema Pro app is a great option for people hoping to shoot high-quality videos on a super pocketable device.

And I can’t forget to mention the Dynamic Vibration system on the Xperia 1 (which was first introduced on the Xperia XZ2), which analyses audio from games, music, and movies in real-time to give the phone a very noticeable rumble. It’s not a game-changer, but it’s a lot of fun and I often find myself missing it on other devices.

However, despite all this innovation, the Xperia 1 still has a number of issues. On top of having a smallish 3,300 mAh battery, having to push pixels to a 4K display means the Xperia 1's battery life is average at best. On our video rundown test, the Xperia 1 lasted 10 hours and 33 minutes, which is significantly shorter than most (if not all) of its biggest competitors including the Galaxy S10+ (15:09), OnePlus 7 Pro (13:36), and others.

The Xperia 1 also doesn’t have wireless charging or a headphone jack, both of which seem like major omissions on a phone that costs £850. The lack of a headphone jack feels particularly egregious, as Sony could have used that port to let people monitor audio or plug in a mic for even better video capture. I’m also not a huge fan of the Xperia 1's side-mounted fingerprint sensor. Generally it fine, but in my experience, it’s just not quite as accurate as a normal rear-mounted sensor or even the new in-display sensors found on many of the Xperia 1's rivals.

But perhaps the most disappointing thing about the Xperia 1 is that for a phone with this much camera pedigree, its image quality seems like it should be better. In head-to-head comparisons against the Galaxy S10, Note 10, and Pixel 3, the Xperia 1's photos often lacked a tiny bit of detail or colour saturation I saw in pics from those other phones.

The Pixel 3's photo just has better details throughout, especially in darker areas like on the car’s wheels. (Photo: Sam Rutherford/Gizmodo)

Just look how much brighter the S10's pic is and how much more detail you get in the sky. (Photo: Sam Rutherford/Gizmodo)

Truthfully, neither of these pics are great and have a lot of noise and grain. But unlike the Note 10, the Xperia 1 doesn’t have a dedicated night mode. (Photo: Sam Rutherford/Gizmodo)

This one is a bit closer, as the Xperia 1's pic captured more detail on the egg, but the S10's shot is probably more appetising. (Photo: Sam Rutherford/Gizmodo)

Part of the issue is that Sony still caters to what pro photographers typically want, often hedging on pictures by slightly underexposing the image (in order to preserve highlights) or using a flatter colour profile (to avoid oversaturation), assuming that people will edit the Xperia 1's photos and fix these things before sharing. But that’s not really how people treat smartphone photos nowadays, and while an Instagram filter covers a lot of this stuff up, and with some tweaking you can produce some great looking pics, it feels that like with the Xperia 1, you have to work harder to get them.

All this shoehorns the Xperia 1 into a pretty tight niche. You have to be a big mobile movie buff or an aspiring camera enthusiast who doesn’t mind putting in extra effort when capturing pics or videos to really get the best results. But still, the idea of sourcing the best features and components from some of Sony’s other divisions makes a ton of sense. That said, I find myself wishing we got more contributions from the PlayStation team.

The Xperia 1 is certainly unique and definitely underrated, but it’s not the mass market handset that Sony Mobile’s bottom line wishes it was. Yet as a new approach to its smartphone business, the Xperia 1 holds a lot of promise for future devices too. 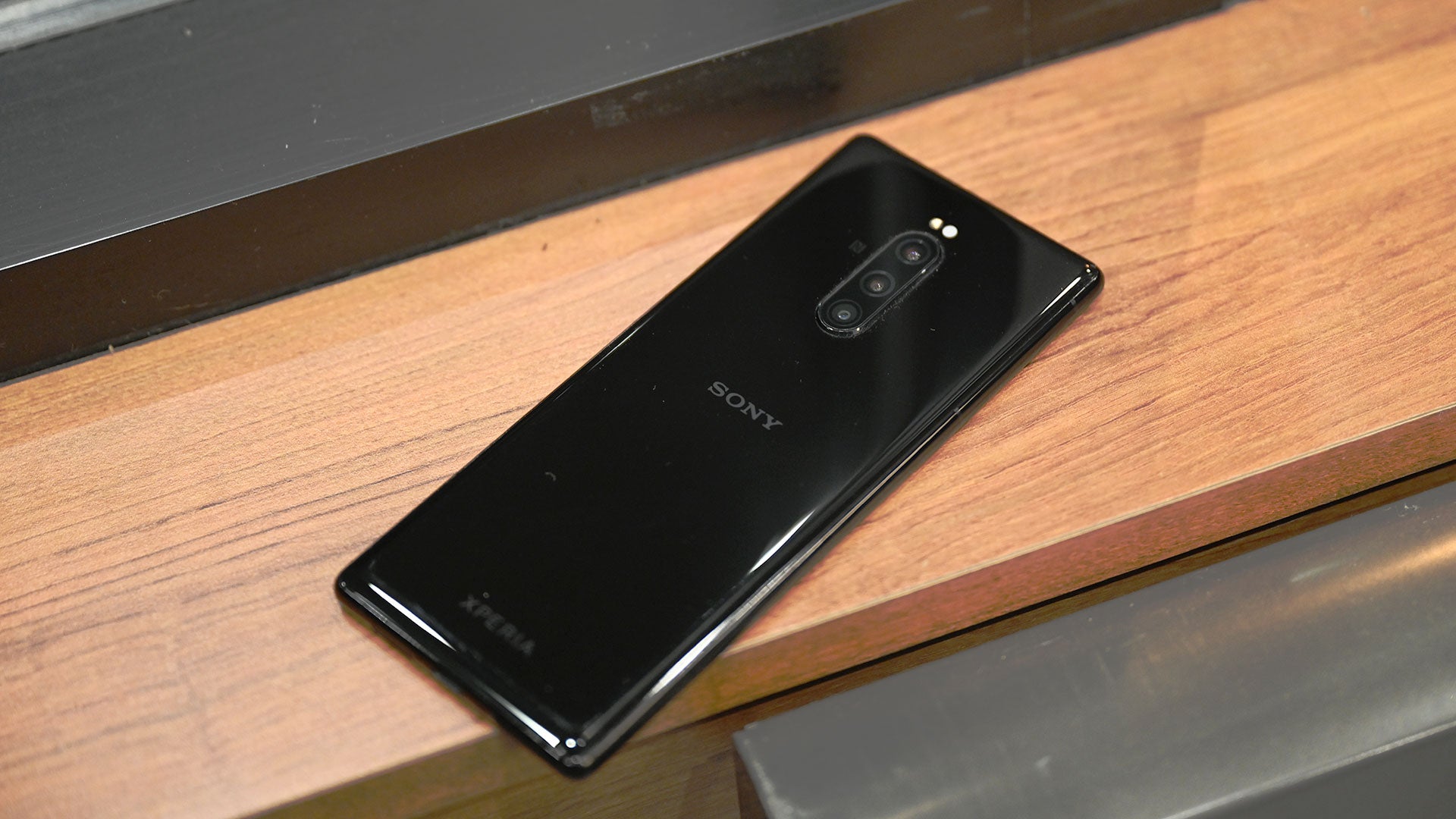