The Surface Pro X Is a Really Big Deal

Today at its autumn Surface event, Microsoft announced a new range of laptops and 2-in-1s including a revamped Surface Pro 7 and a new 15-inch Surface Laptop 3, while also teasing two exciting dual-screen Surfaces due out in late 2020.

But out of all the shiny new hardware, the new Surface Pro X with Microsoft’s ARM-based SQ1 chip might be the company’s most important upcoming device, and here’s why. Historically, x86 processors from Intel and AMD have dominated the Windows landscape. And while Microsoft has experimented with ARM-based computers in the past on systems like on the original Surface RT and more recently with Windows on Snapdragon laptops like the Asus Nova Go and Samsung Galaxy Book 2, both families of devices have suffered from serious limitations. 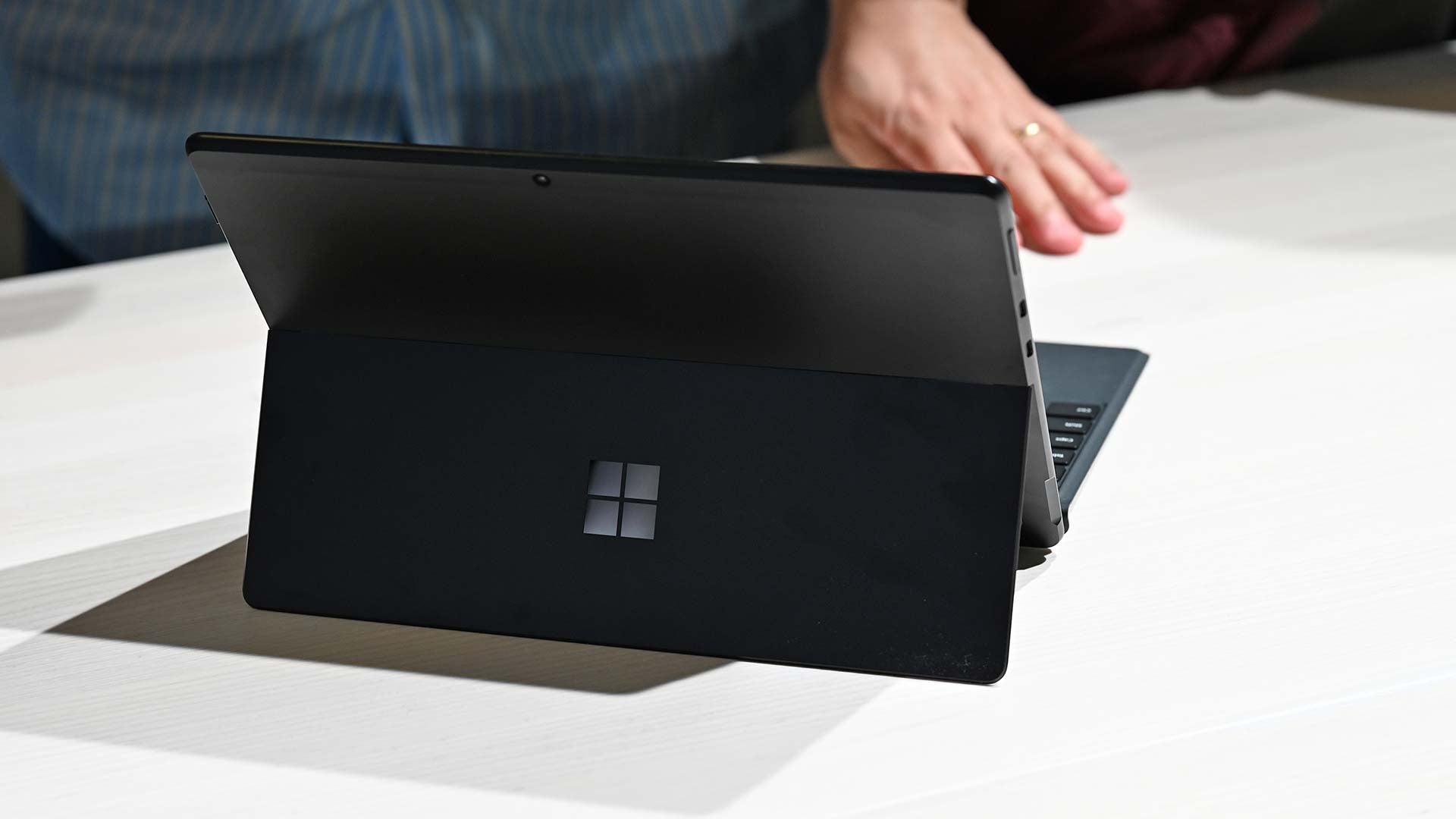 On the Surface RT, Microsoft gave its first ARM-based device a neutered version of Windows 8 that could only run apps that came from the Windows store, which meant a huge number of popular apps were incompatible or unsupported. This meant adoption of the Surface RT was glacially slow, an issue that forced Microsoft to cancel the whole Windows RT program just a few years later.

More recently on the Nova Go and Galaxy Book 2, while Microsoft was able to address a number of compatibility issues in Windows 10 thanks to wider support for native ARM apps and improved emulation for legacy software, the use of a Snapdragon 835 chip – which was originally designed for phones and already a year old at that point – resulted in performance that often felt lethargic. This meant the advantages of the Windows on Snapdragon platform like instant wake up times, an always-on internet connection (thanks to built-in 4G LTE), and really good battery life were often overlooked. 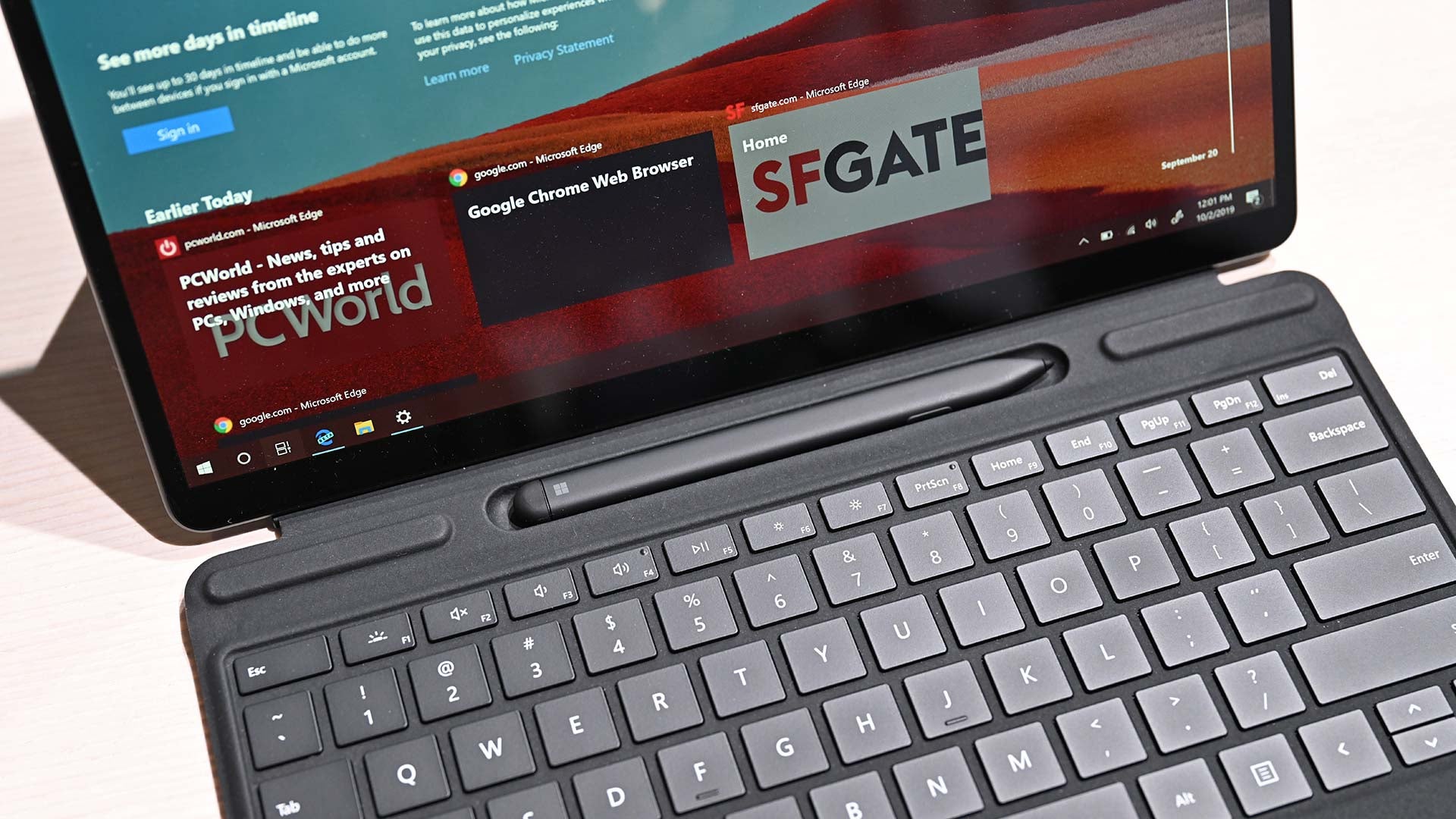 But all of that could change now with the Surface Pro X and its SQ1 processor, the latter of which was developed with help from chip-making giant Qualcomm. Not only is the new Surface Pro X a tacit endorsement from Microsoft that ARM processors are ready for use on its homegrown computers again after almost five years, but it’s also a hugely important move for the future of Windows itself.

While we’re still waiting for more details about the SQ1, at its core, it’s based on Qualcomm’s Snapdragon 8cx SoC (system on a chip), but with special tuning to enhance performance in Windows 10. So while it might not be quite as powerful as an Intel Core i CPU, during the brief time I had to check out the Surface Pro X, it felt way more responsive than Samsung’s Galaxy Book 2 or anything other Windows on Snapdragon laptop I’ve ever used. The SQ1 is without a doubt a big step up for ARM performance on Windows. 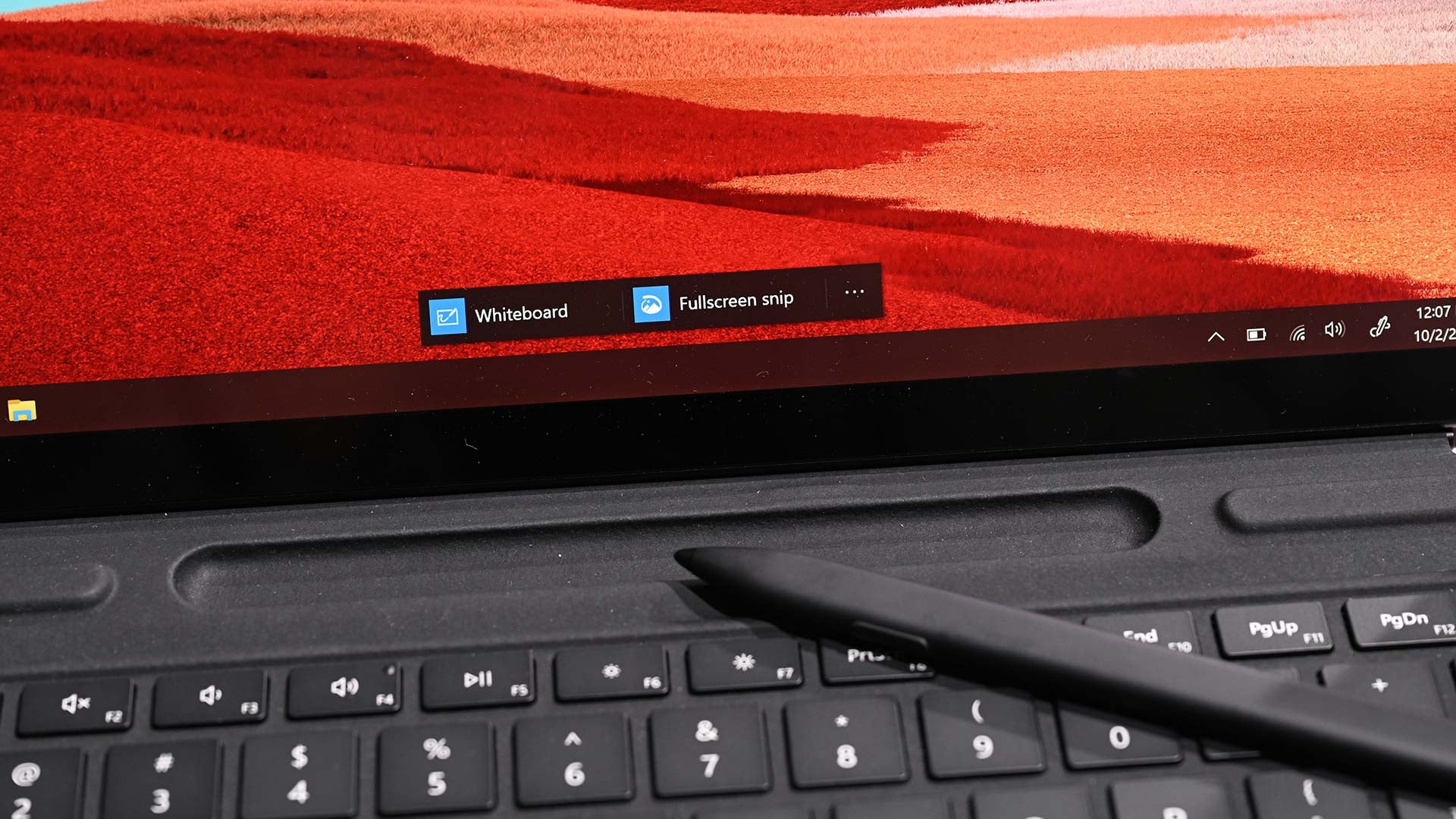 When you grab the Slim Surface Pen, the Pro X automatically ops up shortcuts to Whiteboard and the Windows Snipping tool. (Photo: Sam Rutherford/Gizmodo)

As for the future of Windows, by embracing ARM, Microsoft is better equipped to create a real competitor to devices like Apple’s iPad Pro, offering an all-purpose thin-and-light convertible device with what should be strong battery life and a wealth of connectivity (including 4G LTE). But more importantly, it gives Windows another lifeline to tap for future computing advances.

If you look at the history of chip development, ARM processors have made major gains in recent years compared to their x86 counterparts, largely spurred on by the demand for smartphones chips, which almost universally run on ARM processors. Apple’s A-series chips are probably the best example of this, with newer chips like the A11, A12, and A13 often matching or exceeding the benchmark scores of competing x86 chips. Admittedly, benchmark scores aren’t everything, but in general, ARM-based processors have overtaken x86 chips when it comes to shrinking die sizes, leading to comparatively big jumps in speed and power efficiency. 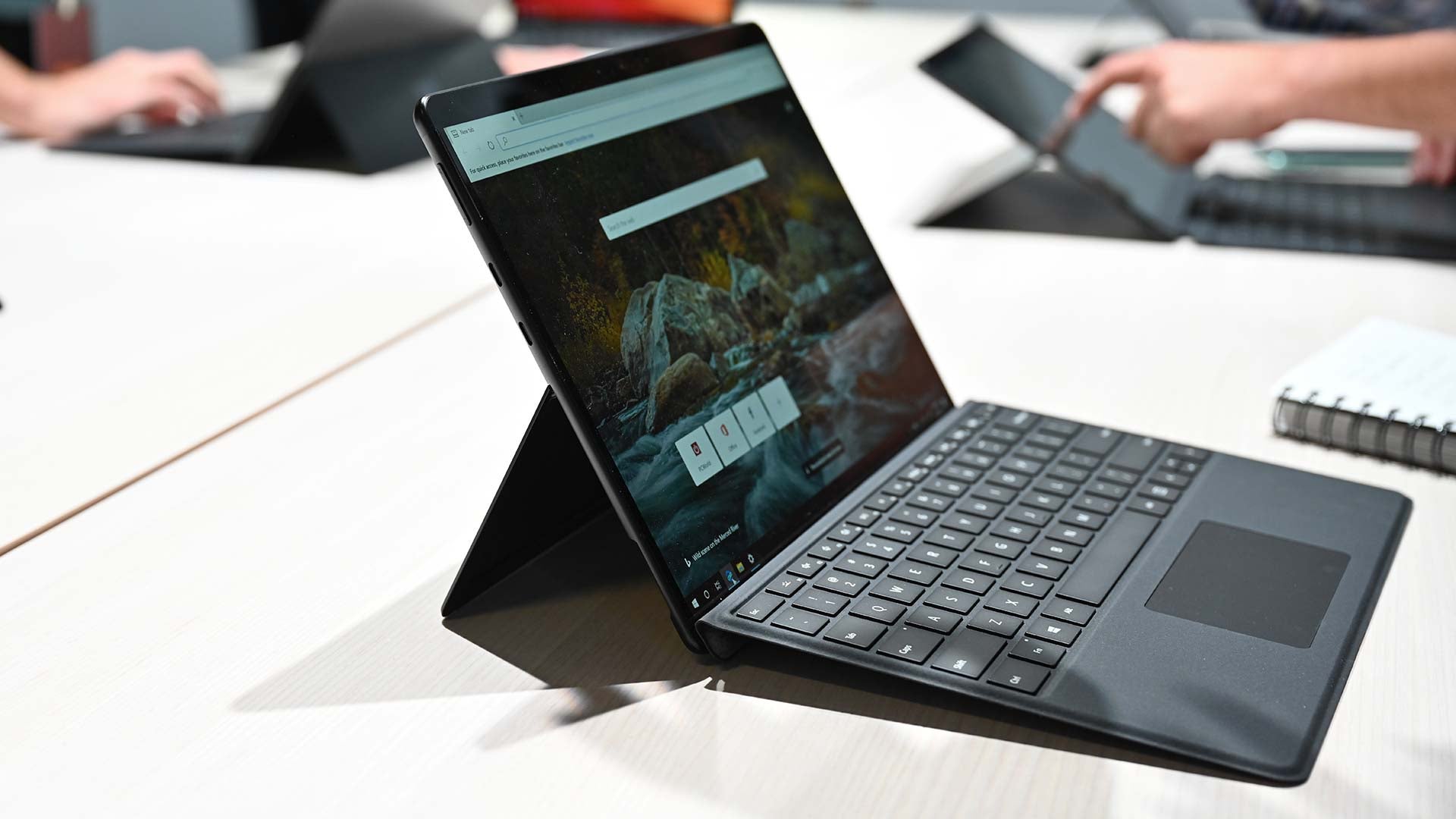 By expanding Windows 10 support to handle both x86 and ARM processors, Microsoft is adding flexibility to its platform while giving the company more outs in the event of a major platform shift. The term “future-proof” gets thrown around a lot, but in this case, it really applies and helps ensure Microsoft and Windows won’t run into a dead-end from a hardware perspective down the road.

As for the device itself, the Surface Pro X is deliciously sleek, sporting slightly more rounded corners than the standard Surface Pro 7, tiny 6.8mm bezels, and a body that tapers down to just 5.33mm at its thinnest point (under the kickstand). The built-in storage cubby for the Surface Pro X’s Slim Pen is also a clever use of space, as it recharges the stylus and also neatly hides the stylus away while travelling. And despite its slim dimensions, the Surface Pro X’s keyboard has more key travel and a generally springier feel than the soon-to-be-released Samsung Galaxy Book S.

Aside from the SQ1, the Surface Pro X’s specs look solid, offering configs with 8 or 16GB of RAM and a range of SSD storage (the models at the launch event had 256GB drives). The Surface Pro X also has two USB-C ports, though it lacks a USB-A port like you get on the Surface Pro 7.

That said, we haven’t really had a chance to test out the full performance of Microsoft’s new SQ1 chip, so the Surface Pro X still has some proving to do. But that doesn’t make this new (or renewed) direction for ARM support on Windows and Surfaces any less important.

The Surface Pro X starts at $1,000 in the US (£813; UK pricing TBA), with pre-orders starting today and shipment scheduled to go out sometime in November.