These Roadside Markers Have a Futuristic Climate Twist

A US artist is communicating local impacts of climate change using science, location, and a little bit of hope. Thomas Starr has placed plaques throughout the American towns of Essex, Massachusetts, and Durham, New Hampshire as part of his new project “Remembrance of Climate Futures” to show the changes that’ll roll through these towns as our planet warms.

That gazebo visitors love to sit under in Durham? Flooding from sea level rise pushed officials to finally move it in March 2057 according to one plaque. While some artists have opted to show us what our cities will look like when they’re underwater or what our reefs will look like from all our ocean’s pollution, Starr wants to offer the public a future where climate change doesn’t cause complete destruction. Another plaque commemorates a future where all Durham’s downtown buildings become 100 per cent renewable in July 2040.

Starr’s project is based on science reports, such as the US National Climate Assessment and Intergovernmental Panel on Climate Change. The science shows not all will be saved. One of his plaques honours a boathouse that a Category 4 hurricane destroys in 2032.

According to the project’s website, Starr’s target audience includes “residents who feel unmoved by climate change and/or unaware of how it will affect them personally where they live.” That way, the public can build support around institutional initiatives to mitigate climate change, as well as change some of their own bad habits. The states of New Hampshire and Massachusetts already have climate action plans in place. 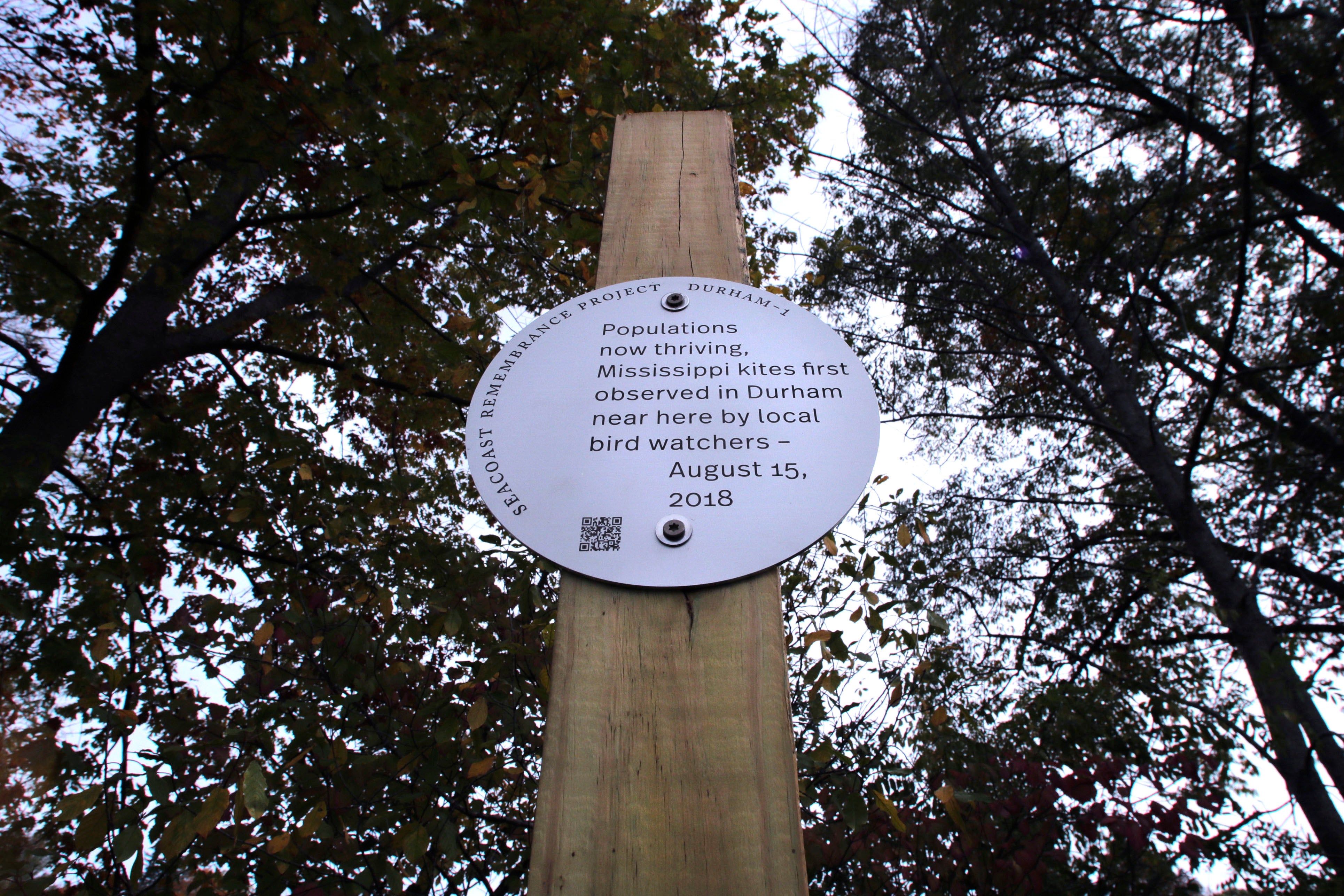 The public can find 11 plaques in Durham, six in Essex, and soon some in Cambridge. And what they learn might shake them from their reverie. After all, 2032 isn’t that far away. And in at least one plaque, Starr shows how climate change is already affecting our environment by highlighting the sighting of Mississippi hawks in Durham last year. These hawks typically are found in the southern US, but they’ve been found nesting farther north in recent years. Some research has hinted that increased heat and drought is making the climate unsuitable for the species in part of its normal range in the southern US.

Climate change is here, but people will get to decide how bad it gets. Not all will be saved, but Starr is helping remind us that climate change doesn’t have to be the end. It can, instead, serve as new beginnings for communities across the US. 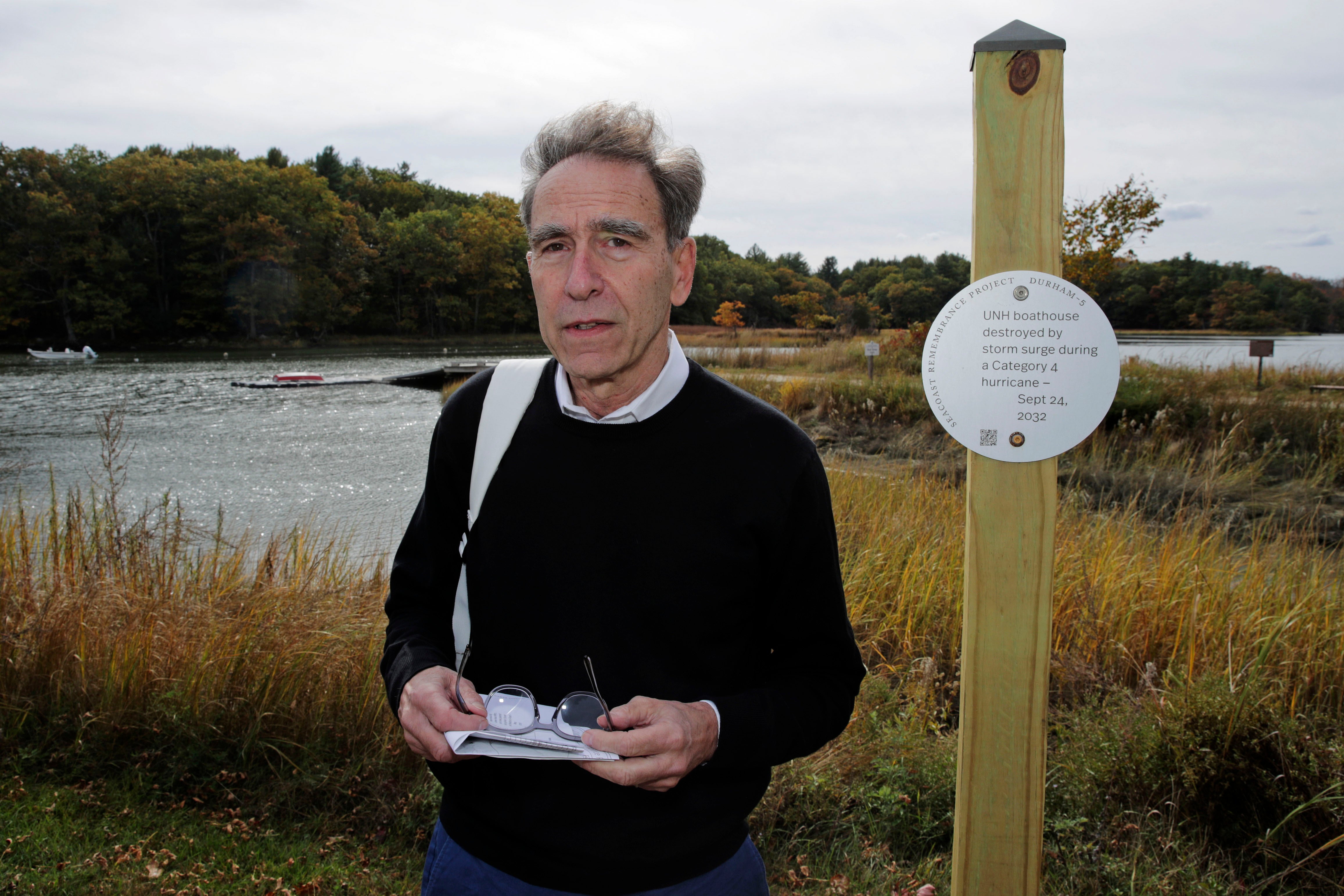 Shout out to Thomas Starr and his climate art. (Photo: AP)