The air quality of Delhi, India, is growing so dangerous for human health that officials in the capital territory on Monday began to restrict vehicle use in a bid to prevent the situation from worsening. In fact, the region saw record-breaking air pollution over the weekend, according to DD News.

Shitty air quality is nothing new for residents in this part of India. Last year, air pollution was so bad in New Delhi that the government enlisted firefighters to shoot the skies with water. The idea was that that would help break up the pollution particles. In the past, experts have even advised residents in Delhi to begin wearing oxygen tanks to breathe more safely.

This time, however, the air quality has reached a whole new level of disgusting. As of Monday morning, India ranks among the top three countries in the world with the worst air quality, according to the World Air Quality Project, where users can find air qualities for most regions on the globe. On the air quality index, any level above 150 is considered unhealthy, but the levels have gone way past 300, the highest indicator for hazardous air quality, which means everyone is at risk of “serious health effects” if they breathe the air.

Every day this month in parts of Deli has seen average air quality levels that are significantly above 300. Some parts of the region even smashed past 600, India Today reports. In response, flights have been delayed, schools closed, and cars restricted. The government is using an “odd-even scheme,” per India Today, which involves vehicles whose registration ends in an even number are allowed on even days and vice-versa for odd days and registration numbers. School buses, electric cars, and women drivers are not affected by this.

But the question remains: Why does the region’s air quality continue to deteriorate? Well, the usual culprit for this region: crop burning. Farmers clear their lands for the next season’s harvest by burning their stubble. That, in turn, spews a bunch of organic matter into the atmosphere. The hustle and bustle of urban living don’t help the residents of major metro areas like New Delhi. The federal government released a plan to deal with this severe air pollution back in January that outlined target air quality levels but all without details of how the government would pay for such a radical shift. 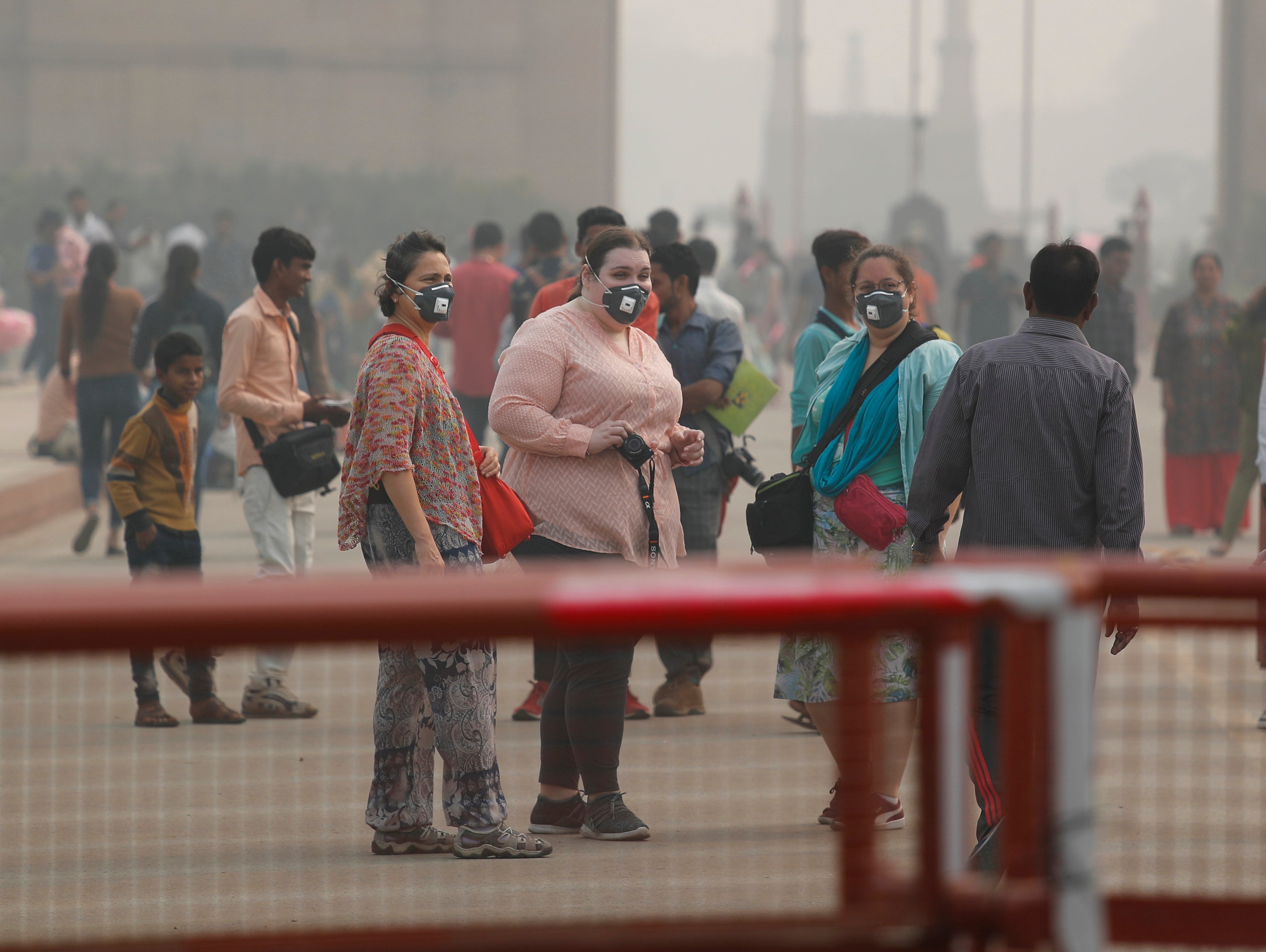 People have resorted to face masks if they’re going to step outside in New Delhi, India. (Photo: AP)

This lack of planning and action has finally reached a fever pitch. Toxicity can take a number of different forms: contaminated water, unhealthy relationships, dangerous chemicals, evil bosses, or as Britney Spears would say, “the taste of your lips.” Air pollution, however, is one of the most dangerous: More than 4 million people a year die prematurely due to it. Air pollution can also harm your brain, fetuses, and overall mental health.

It’s bad, serious stuff. And in Delhi, air pollution is not getting better. It’s getting worse.