I Miss the OLPC, a Little Laptop That Dreamed Bigger Than It Could Deliver

It never came close to realising its creators’ aspirations of developing a cheap laptop that could introduce kids from all over the world – even those in developing nations – to the personal computer. But the OLPC XO-1, the first device released by the One Laptop Per Child organisation, remains one of the most fascinating and curious gadgets in my personal collection.

Giving every child on Earth easy access to a computer and, from that, the wealth of information available across the internet, was an idea championed by Seymour Papert and Nicholas Negroponte of MIT’s Media Lab as far back as 1982. But it was Negroponte who would go on to found the One Laptop Per Child organisation that tried to actually make that idea a reality. In 2005, Negroponte revealed the first prototypes of what would eventually become the original OLPC XO: an incredibly affordable fully-functional laptop that even included a hand crank on the side so it could be used and charged in places were access to power wasn’t always guaranteed. That hand crank was also one of the first features to be abandoned as the design of the OLPC moved from the prototype stage to a real manufacturable product and it eventually became a symbol of everything wrong with the initiative.

Despite the loss of the crank, I still think the OLPC XO-1 – the first iteration of the computer to actually be produced and sold – was a remarkable piece of consumer technology. Charged and powered by a standard wall wart, the OLPC’s guts were still engineered and specifically selected to help minimise the laptop’s power consumption as the intended end users were children in developing countries who didn’t always have access to a wall outlet. It also relied on flash memory instead of a hard drive so there were no power-hungry spinning parts inside the laptop and it included a custom engineered LCD screen that worked great in sunlight (when most high-end laptops at the time didn’t) and could be switched between colour and black and white modes for additional power saving. A pivoting screen even allowed the OLPC XO to be transformed into a tablet so it was better suited as an ebook reader – a feature that’s now quite common.

Despite having a soft spot for the OLCP XO, it includes one of the worst keyboards I’ve ever used on a portable device. It’s squishy, overly soft, and nearly impossible to use for touch typing. (Photo: Andrew Liszewski/Gizmodo)

Over a decade later the OLPC XO’s screen isn’t easy on the eyes, but it was a marvel at the time, and one of many custom designed components for the laptop. (Photo: Andrew Liszewski/Gizmodo)

Despite its focus on affordability, the OLPC XO included three USB ports, when laptops these days struggle to include just two. (Photo: Andrew Liszewski/Gizmodo)

To overcome problems of limited internet connectivity in developing countries, the OLPC XO relied on a pair of pop-up antennas to boost wifi reception that could also be used to create an ad-hoc mesh network for sharing a single internet connection across multiple OLPCs nearby. Thanks to designer Yves Béhar, who was eventually brought on board to refine and polish the hardware, the OLCP XO cleverly balanced form and function, with other features like buttons beneath the screen’s bezel allowing it to be used as a handheld gaming machine, a rubber covered keyboard that kept liquids and dust out, and even a rugged carrying handle. It looked nothing like the grey and black clamshell laptops that were common at the time.

Even the OLPC XO’s software embraced the idea of making the laptop accessible to kids who had never seen a computer before and had no experience with the ins and outs of a graphical user interface. Instead of Windows or Mac OS X, which were both rumoured to have been offered to the OLPC team, the XO ran a lightweight Linux-based OS with an interface developed by the non-profit Sugar Labs. Those weened on Microsoft’s or Apple’s operating systems might find themselves a little lost when first trying to navigate the OLPC (myself included) but when you put yourself in the mindset of someone who is completely new to computers, it’s easy to understand why the OLPC’s front-end was designed the way it was. It seems over simplified at first glance, but it also encourages exploring, which quickly unlocks more advanced features.

That’s exactly why I’m still fascinated with the OLPC and why I’ve kept it for so many years despite it being a laptop I rarely even touch. It wasn’t an attempt to throw the cheapest components together to create an affordable, barely functional device that was also profitable. A lot of thought went into the design and execution of the OLPC, including who would be using it, how they’d be using it, and where they’d be using it. A decade or ago I traded an ASUS EEE netbook for my OLPC XO and while the EEE was more powerful and capable as miniature laptops go, the OLPC was far more interesting to me as a gadget.

So why aren’t kids around the world heading off to school with the latest and greatest version of the OLPC in tow? While Negroponte (who recently made some deeply concerning remarks over Jeffrey Epstein’s involvement with the MIT Media Lab) and his team did manage to make something unique, they ultimately never succeeded in realising their dreams. After exclusively selling the OLPC XO to schools and governments around the world, the laptop was eventually made available to the public in the US as part of a buy one-give one program for $400 (£309), or about $200 (£155) per laptop. That was cheaper than any other laptop on the market at the time, but it was twice what the OLPC XO was supposed to cost at launch, and that hurt sales.

There were lots of other problems with the OLPC besides its price tag. The laptop’s clever mesh network internet sharing feature never really worked as promised and was soon removed. The choice to go with an open source OS with a custom-designed front end actually worked against the OLPC, as many countries wanted kids learning industry standard operating systems like Microsoft Windows instead. The hardware also faced stiff competition from industry heavyweights like Intel who released its cheap Classmate PC designed for students ahead of the OLPC XO and at the same time the aforementioned ASUS EEE netbook arrived, which was smaller, lighter, and generally more usable as a productivity tool than the XO. A few years later, the iPad would arrive, and while nowhere near as cheap as the OLPC XO, it quickly became a standard tool at schools around the world. 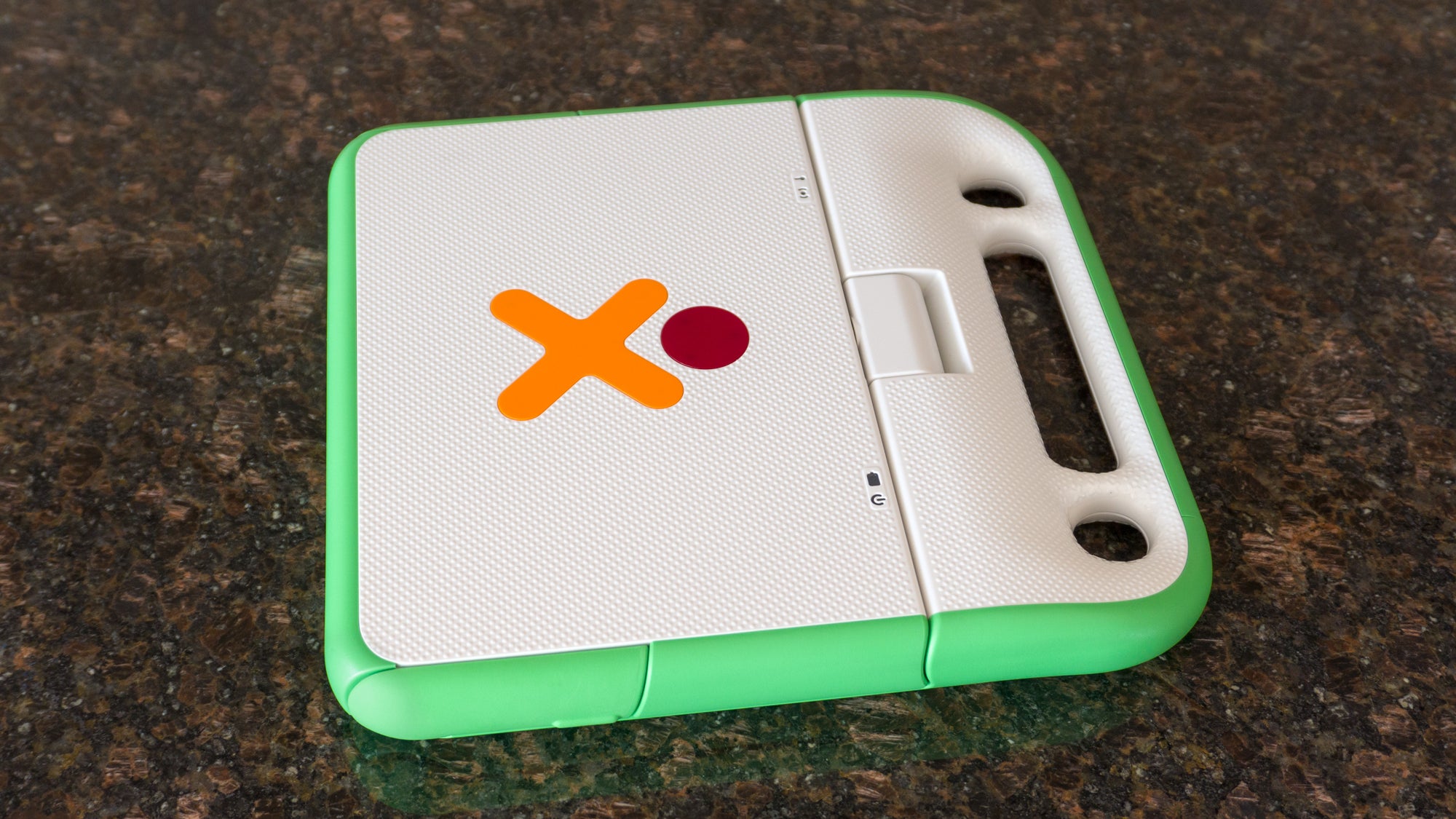 The OLPC XO looks like a children’s toy, but it was built like a tank, and despite not changing the world, it’s still a lovely piece of hardware. (Photo: Andrew Liszewski/Gizmodo)

Some believe the entire concept of the OLPC initiative was flawed to begin with, as students in developing countries needed access to clean water, medical care, and other basic needs long before they needed access to a computer. And features like the hand crank charger didn’t take into account that constantly cranking a handle burned calories that many kids wouldn’t be easily able to replenish. The OLPC could have been a great solution to a problem: just not the problem its creators were hoping to solve. But in a time when the only way you can differentiate laptops, smartphones, and tablets from each other is the corporate logo slapped on the back and when it’s almost impossible to discern how a gadget has been updated year to year, the OLPC still manages to stand out as something truly unique and wonderful: one of the tech world’s best failures.