This week, Elon Musk-backed OpenAI released to the public the latest version of their GPT-2 predictive text generator, which is capable of taking a writing prompt and continuing based on 40 gigabytes of data pulled from around eight million websites. This is impressive, next-generation technology, and I absolutely cannot stop feeding it the daftest crap imaginable and seeing what it does.

Take, for example, this submission from a Twitter user, who prompted GPT-2 with a fake interview between a reporter and the Moonman, who is infuriated by the suggestion that this is his first time on Moon. GPT-2 extended the interview to the subject of Moonman’s wife (dead) before having the interviewer grill the Moonman on whether he was the one captured by the Nazis during World War 2 (haha, of course not, why do you ask???). 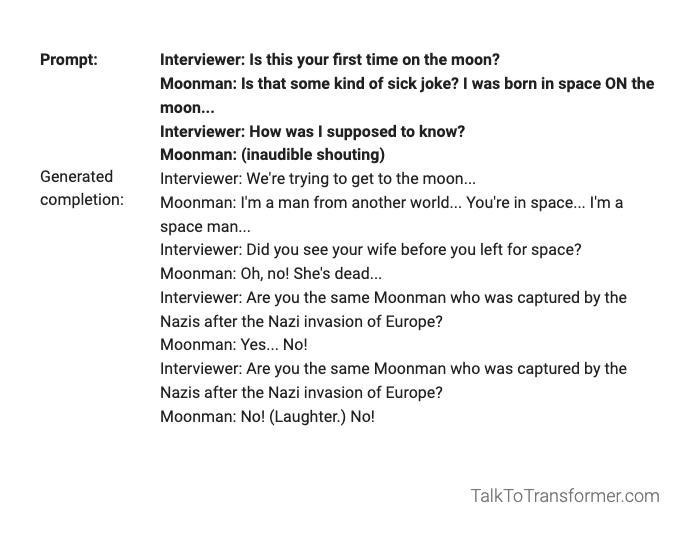 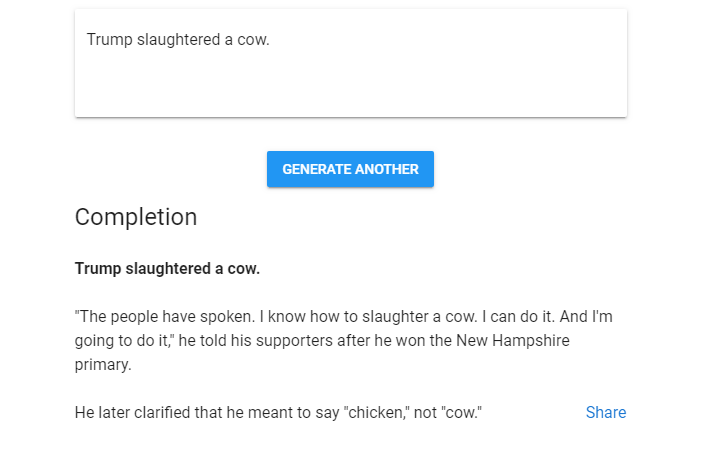 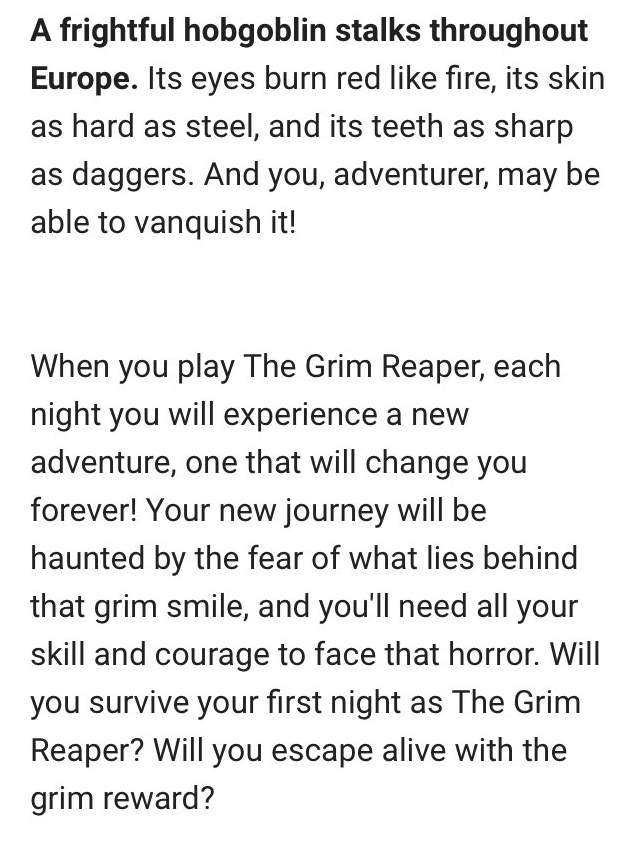 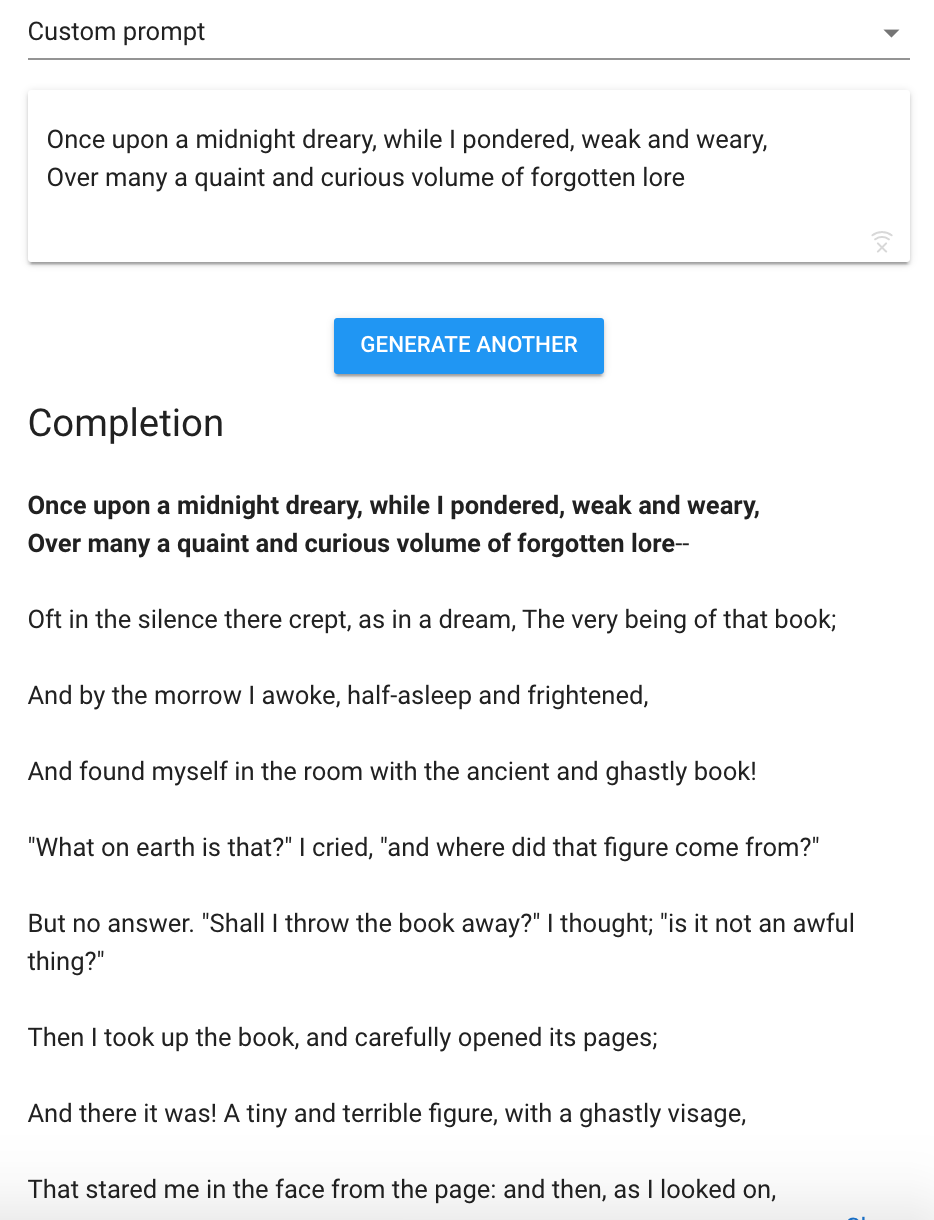 ... and predicting the plot of Death Stranding: 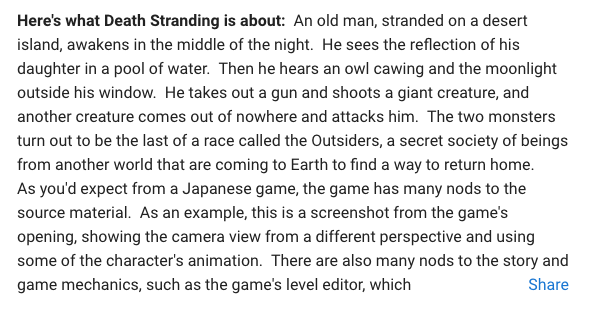 It’s a Saturday, and probably none of us have anything better to do than talk to a rambling nightmare machine. Head on over to TalktoTransformer.com and shoot us your best responses in the comments below.