We’ve been so busy obsessing over The Mandalorian we almost forgot it was getting close to the time Star Wars: The Rise of Skywalker features would start rolling out! Okay, not really...

Entertainment Weekly has dropped its big cover story for The Rise of Skywalker (as they are wont to do) as well as revealing some new photos from the film. As you can imagine, there isn’t much in the way of actual details revealed.

“The [trailers] that have come out are scratching the surface of what the movie is,” director J.J. Abrams told EW. That’s as expected, really, trailers (specifically Disney trailers) have been known to be deceiving to keep the best stuff for the cinema.

Abrams divulged that while Rey is definitely still training as the film picks up (about a year after the events of The Last Jedi), she still has some of her previous skills to fall back on in this final leg of the journey.

“The scavenger who is desperate and haggling for portions and trying to survive [in Force Awakens] – those special skills and that special experience ends up being something that is essential to saving the galaxy,” he said.

Daisy Ridley added that while she’s got a lot of cool skills now, Rey doesn’t consider herself “confident” just yet. “She’s definitely more in control of everything and can do new fun stuff, but she’s vulnerable and a little insecure about at all,” she said. 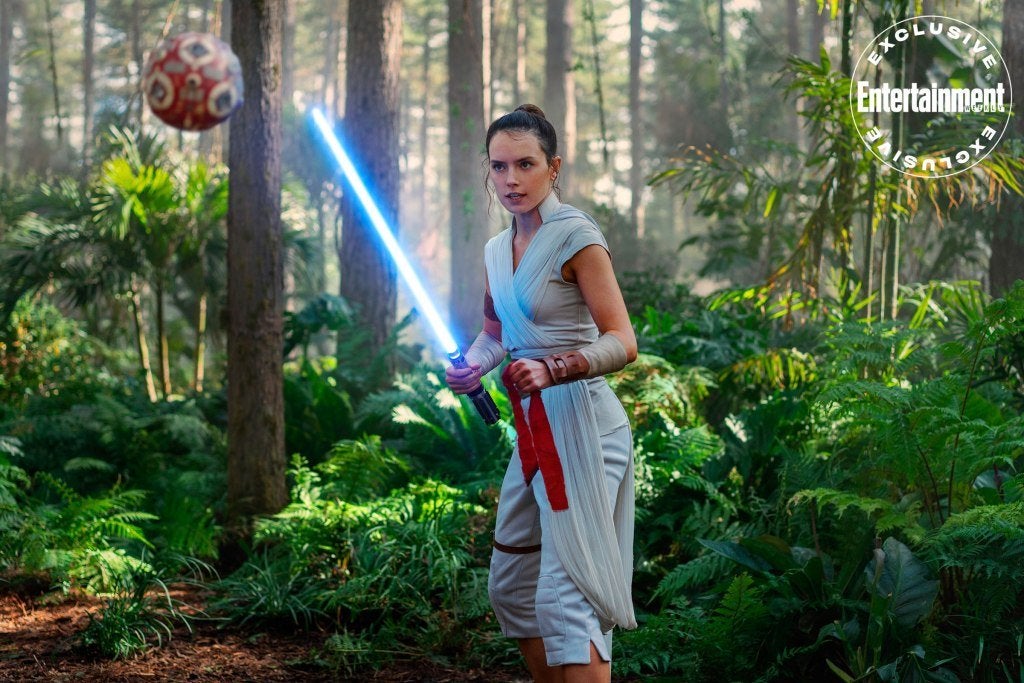 Daisy Ridley’s Rey getting in some training time with a familiar tool. (Photo: Jonathan Olly/Disney/EW)

While expectations are higher than they’ve even been for the Star Wars franchise right now, considering Abrams was returning to the cast and crew he worked with on 2015's The Force Awakens, there was a bit of comfort involved. “On this, we knew who and what worked, and everyone is doing the best work I’ve ever seen anyone do,” he said. “But the ambition of this movie is far greater than Force Awakens. What we set out to do was far more challenging. Everything is exponentially larger on this.”

“J.J. came back with a new energy and new vibe,” John Boegya said, while EW noted Abrams encouraged some improvisation during extended takes this time around. “He wanted dialogue to be messy and natural, and that got all of us really excited.”

There were a few new images revealed in EW’s feature but sadly, no context was offered. But hey, at least we get to gaze at the lovely Richard E. Grant’s First Order Allegiant General Pryde! 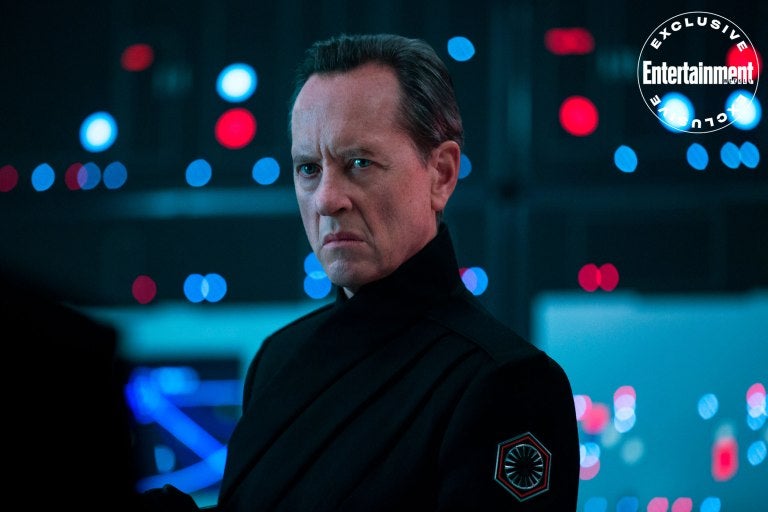 Richard E. Grant, who sadly had no quotes in the story, as First Order Allegiant General Pryde. (Photo: Jonathan Olly/Disney/EW)

The most interesting tidbit in the feature though had to be EW mentioning, “Threepio is essential to a movie’s plot for the first time since A New Hope (Ridley points out Rey might spend more time with Threepio than any character in the film).”

The trailer telegraphed this a bit of course by having Anthony Daniels’ C-3PO sounding like he was about to head to the scrap pile in a very dramatic way.

“In previous recent movies Threepio has just been kind of window dressing, something on the mantelpiece, you polish it and dust it o when guests are coming,” Daniels said. “J.J. and Chris [Terrio] came up with this aspect of Threepio we had not seen before that’s remarkably clever. They go down deep into ancient Star Wars and came up with something refreshingly new.”

Not that I wasn’t already hooked for this final instalment, but I’m extra excited now. 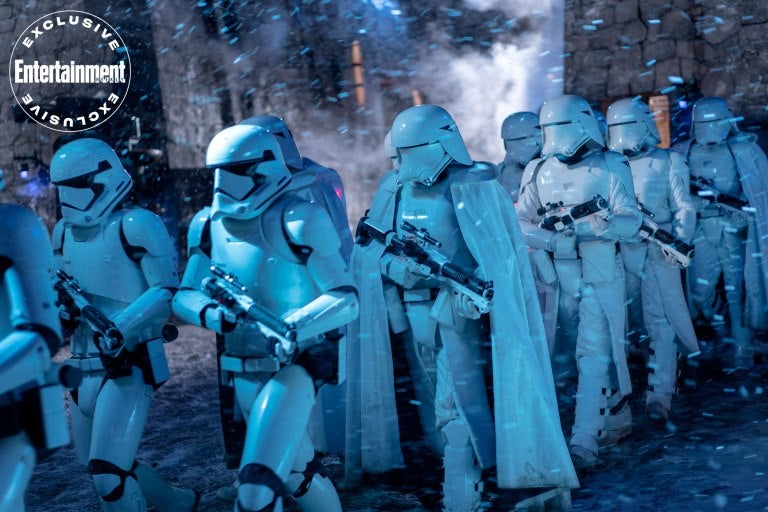 You can check out more of those photos at EW. Star Wars: The Rise of Skywalker makes its big debut to the hungry masses on 20 December.