By solving a complex protein structure, biologists have unlocked a critical mechanism in plants that could lead to improvements in how photosynthesis works, and by consequence, greater crop yields.

Photosynthesis is a brilliant invention of nature, but that’s not stopping scientists from trying to make it even better. New research published today in Nature describes how a team at the University of Sheffield has uncovered new insights into how an electrical chemical reaction in plants can significantly influence plant growth. The researchers are calling this mechanism the “beating heart” of photosynthesis. The reaction happens in a protein complex known as cytochrome b6f, which powers a plant’s ability to convert carbon dioxide into carbohydrates during photosynthesis. This inaugural model of cytochrome b6f could eventually be leveraged by plant biologists to augment the powers behind photosynthesis and create more robust plants, such as rice and wheat.

The University of Sheffield scientists created their high-resolution structural model of the protein complex using cryo-electron microscopy. By making sense of the complicated spaghetti-like shape of cytochrome b6f, the scientists were able to visualise the electrical connections between a pair of light-powered chlorophyll-proteins inside plant cells. Known as Photosystems I and II, these proteins work to convert sunlight into chemical energy. 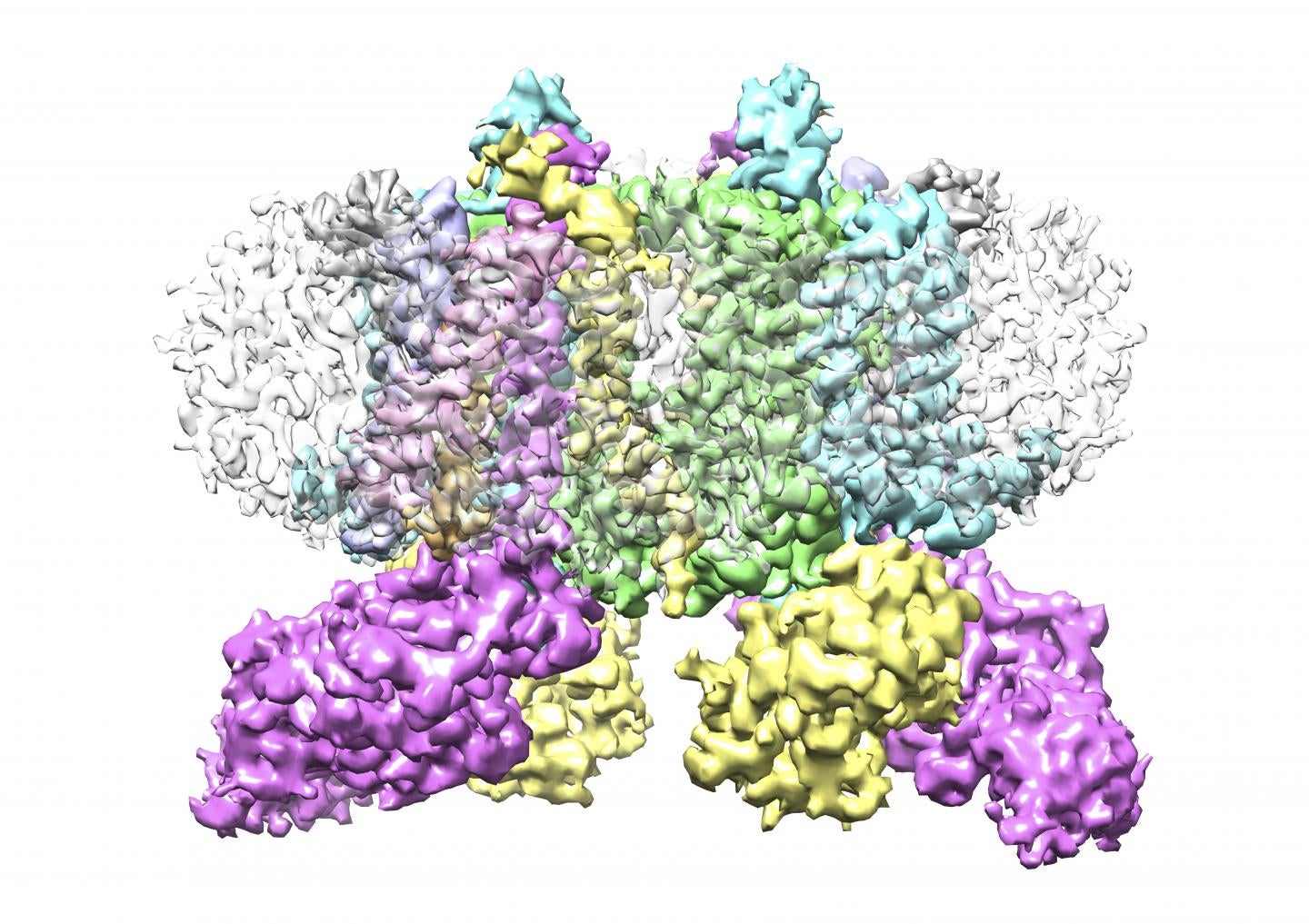 By building the new model, the researchers could see how cytochrome b6f taps into the electrical currents passing through it, which it does to power-up a proton gradient, a process that’s analogous to plugging in a rechargeable battery. The stored energy in this “proton battery” is used by the plant to produce adenosine triphosphate (ATP) – the energy currency of cells.

The proton gradient “acts like a battery” that allows for the “synthesis of ATP – an essential metabolite needed for CO2 conversion to carbohydrate,” explained study co-author Matt Johnson in an email to Gizmodo. “We have obtained the structure of the plant cytochrome b6f complex by cryo-electron microscopy, and it shows how it processes its electron-carrying [molecule] in such a way to double the number of protons it moves across the membrane.”

Johnson calls it the “beating heart of photosynthesis” for its critical role in regulating the efficiency of the process.

“Ultimately this reaction provides the energy that plants need to turn carbon dioxide into the carbohydrates and biomass that sustain the global food chain,” said Lorna Malone, the first author of the study and a PhD student at the University of Sheffield’s Department of Molecular Biology and Biotechnology, in a statement.

Prior to this new research, other scientists had shown (here and here) that it’s possible to grow bigger plants by tweaking levels of cytochrome b6f – they were sometimes able to boost plant growth by as much as 30 per cent under laboratory conditions. The new study further clarifies how the process works, offering insights that could eventually be used to redesign and improve photosynthesis itself.

“We know that increasing some of the components of the cytochrome b6f complex has led to increases in plants,” plant biologist Amanda Cavanagh, a postdoctoral researcher at the University of Illinois who wasn’t involved with the new study, wrote in an email to Gizmodo. “But, it’s hard to know which components to target for improvement, because we haven’t had a protein structure from plants. Without this, we couldn’t know exactly where some of the chemistry is happening in the complex.”

The new study, she says, finally reveals the plant structure of cytochrome b6f, showing us where the action is happening within this complex, while providing new insights into how it works.

“With this information, we can now use synthetic biology tools to target improvements to this this rate-limiting step of photosynthesis, to boost yields in important food crops,” said Cavanagh.

Earlier this year, Cavanagh co-authored a paper describing how certain genetic modifications might further improve photosynthesis, such as tweaks to help plants remove a toxic byproduct produced during photorespiration. Slowly but surely, we’re acquiring the scientific insights required to improve upon mother nature. Photosynthesis is good, but it’ll need to be better if we hope to feed the global population, which is expected to reach 9.7 billion by 2050.