The New Funko Hollywood Is an Essential Pop Culture Destination

We love Funko Pops. We write about them. We buy them. We’ve talked about them being decimated. We’ve even made a pilgrimage to Funko Headquarters in the US city of Everett, Washington to visit the flagship store. That place is incredibly epic, as it should be, but it doesn’t come close to touching the toy company’s new store in Hollywood, California.

Located mere feet from the legendary crossroads of Hollywood and Vine, Funko Hollywood opened last week and it’s jaw-dropping. At first, that might seem like an odd thing to say, because from the outside the place looks rather unassuming. 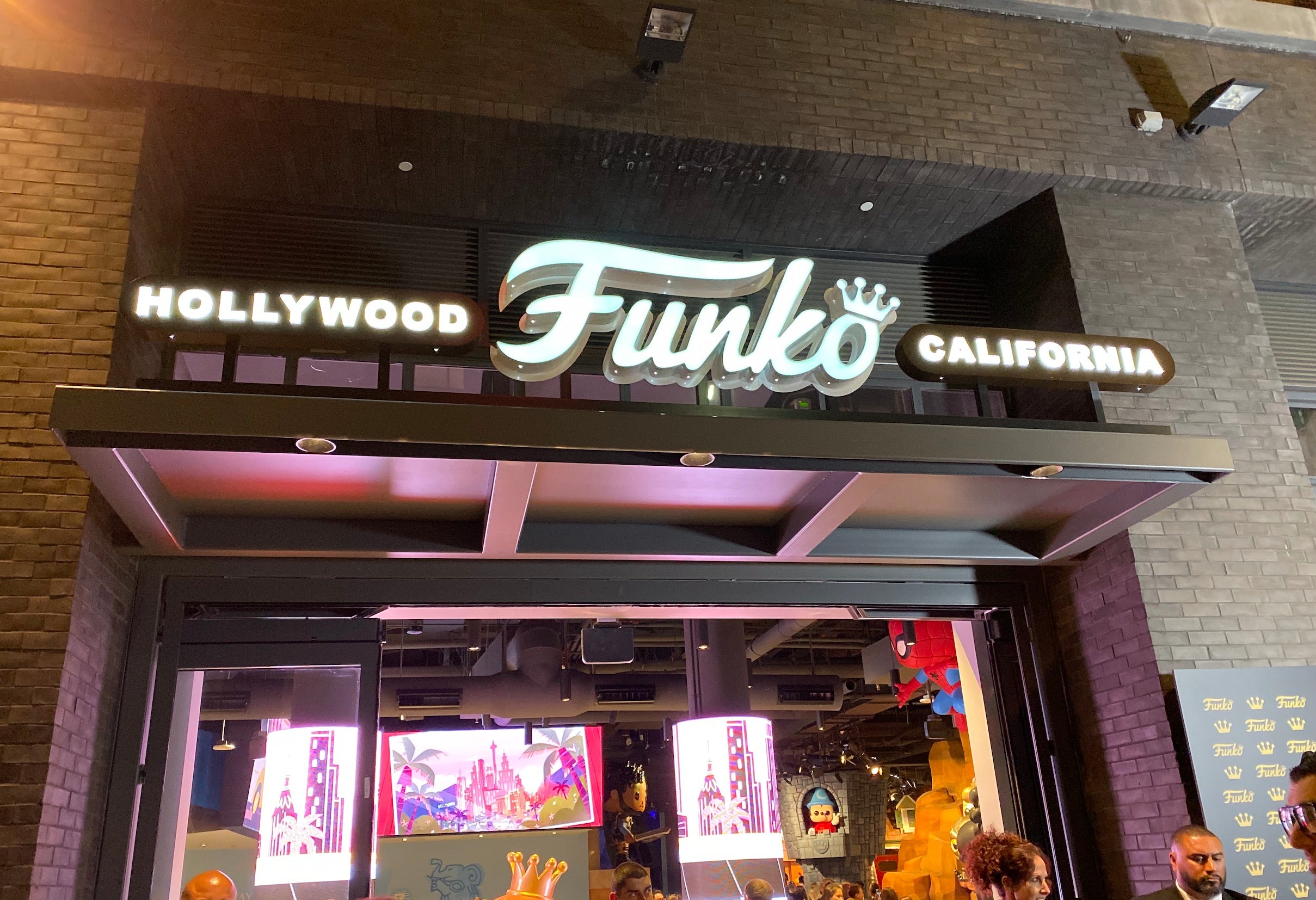 The entrance to Funko Hollywood.

Once inside, though, it’s anything but. You could get lost exploring its 40,000 square feet of nooks and crannies, especially as you walk by all the displays dedicated to basically every single major pop culture franchise or brand out there today. We’re talking Marvel, DC, Harry Potter, Little Mermaid, Frozen, Jurassic Park, Stranger Things, Game of Thrones, Rick and Morty, Friday the 13th, Halloween, It, Nightmare on Elm Street, Beetlejuice, Star Wars, Doctor Who, Nightmare Before Christmas, Aladdin, Mulan, Overwatch, Flintstones, Toy Story, and more. Yes, more.

Obviously, at each of these displays, you’ll find plenty of Funko Pops. However, as someone who collects Funko Pops, I have to say the selection and variety at each individual station isn’t particularly impressive. Most are just your run of the mill Funkos – stuff you can get anywhere. It’s an inventory catering more to passers-by than collectors. This makes sense, since the store is located in a very touristy area, but “overall selection” is the one category the Washington store beats this one in.

And yet, it doesn’t matter. Funko Hollywood is so overwhelming, buying something becomes secondary. The actual reason to visit is to take advantage of all of the pop-culture photo opportunities. They’re amazing. We’re talking life-size Funko versions of every one of those franchises listed above. Usually, more than one character too. Some of the brands even have multiple rooms (like Star Wars, Marvel, and DC) with elaborate sets for you to actually interact with. Others are just the characters standing around to pose with. And seriously, it’s just a nonstop feast for the eyes and your camera. Here’s just a sampling.

Aladdin and his friends

Mulan and Mushu, waiting for the live-action movie.

The Doctor is in. Who? Exactly.

These aren’t the droids you’re looking for.

Do we even have to say it?

Rick and Morty have made it to Hollywood.

Of course, Game of Thrones is there.

Into the Unknown, to buy some toys

Take a seat with the Hogwarts gang.

Snaps for this one.

And again, that’s just some of what you’ll find. If you’re in LA and into pop culture, a visit to Funko Hollywood is guaranteed to make you smile and snap way too many photos. Get more info on the Funko Facebook page.