To help sell people on its new console after the 1983 video game crash, Nintendo branded the NES as a complete “Entertainment System”, which included a robotic accessory that could play along with gamers. Thirty years later, some hackers at Croxel have found a clever way to revive that long-forgotten accessory.

Nintendo’s claims about what R.O.B. (Robotic Operating Buddy) would bring to the console gaming worked, and the company’s efforts to rebrand its Japanese Famicom console for the Western market that had soured on video games was a huge success. R.O.B. was an effective trojan horse for getting the NES into Western households, but ultimately just two compatible games were ever made for it, and the accessory quickly gathered dust for most gamers, before being abandoned by Nintendo just a few years after its debut. 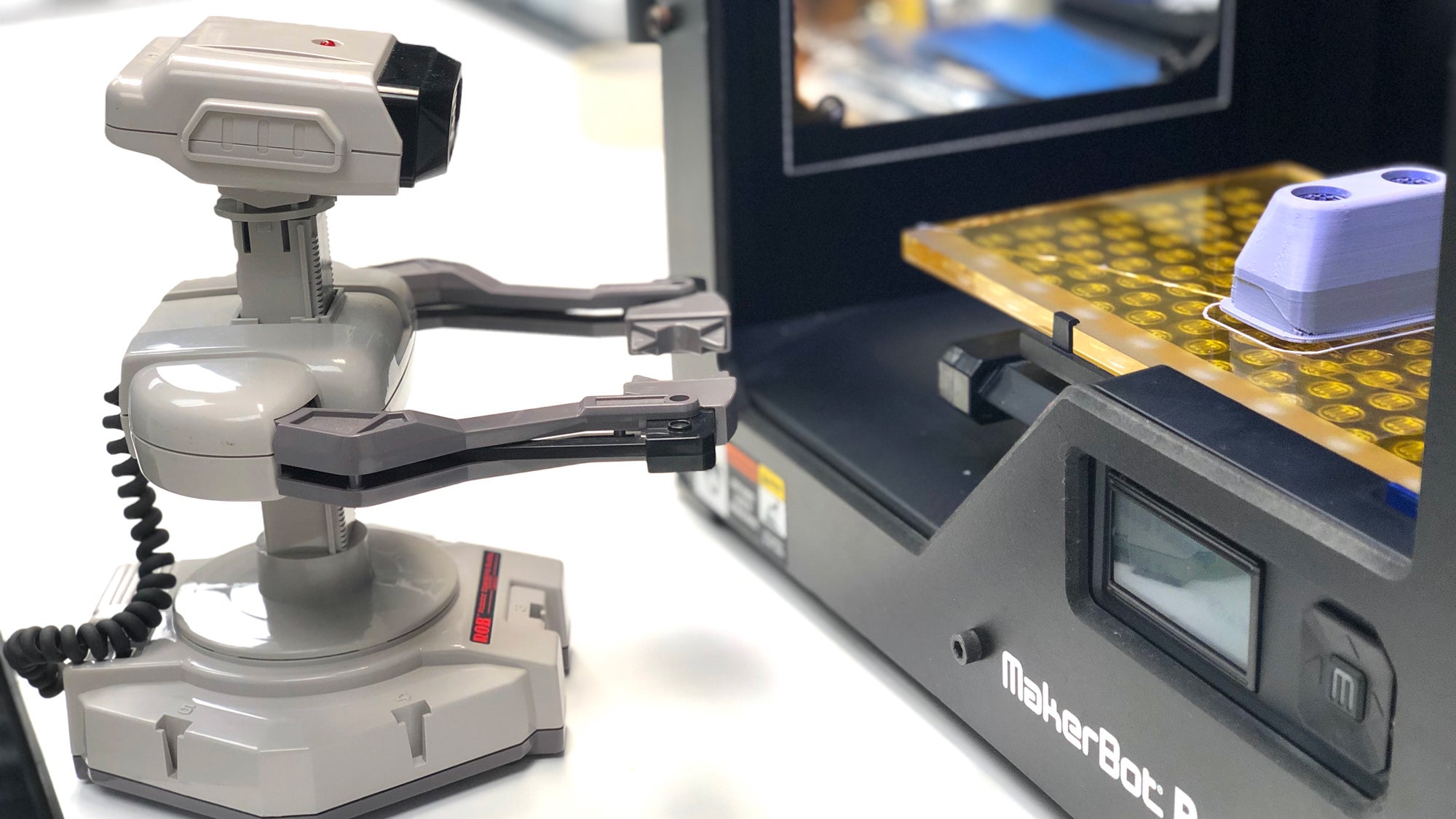 R.O.B. is now more of a curiosity than anything; a fun retro collectible for nostalgic gamers because it relied on old-school CRT TVs to work, receiving signals that were rapidly flashed between screens of gameplay. Modern flat-screen TVs work differently, rendering accessories like R.O.B. and the NES light gun unusable, but instead of turning to outdated TV technology we’re all happy is long gone, the folks at Croxel fitted their still functional R.O.B. with a fancy pair of specs that have given him a new life.

Instead of bending and refocusing light to compensate and correct for blurry vision, however, R.O.B.’s custom 3D-printed goggles, which snap onto his face, block out all external light entirely. All the robot sees inside is a single red LED that flashes the same command signals that CRT TVs used to activate the bot while playing R.O.B.-compatible games, which have already been thoroughly decoded by other retro gaming fans online. 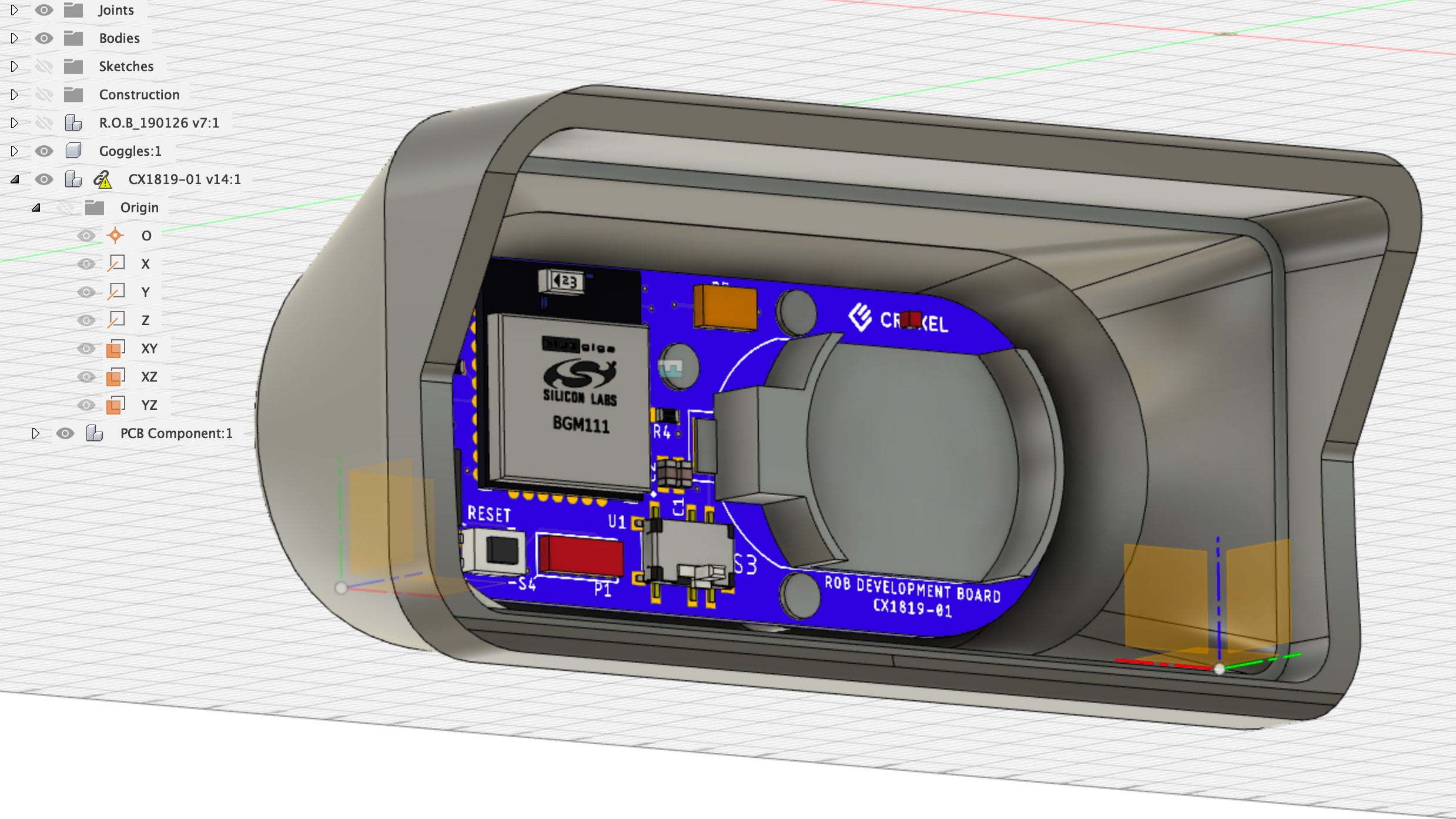 Using a custom iOS app that talks to a low-energy Bluetooth chip inside the goggles, R.O.B. can now be controlled without the need for an NES console at all. The app simulates an NES controller using the directional pad and action buttons to reposition and open and close the robot’s arms.

It is, without a doubt, one of those hacks that’s more about the journey than the final results because while no modifications were made to the R.O.B. accessory itself (it is, after all, a rare collectible at this point if it’s in working condition) the robot still moves agonisingly slow. There’s, unfortunately, no command to make R.O.B. not behave like ‘80s robot technology.

So how do you get a pair of goggles for the R.O.B. that’s been collecting dust in your parent’s basement for 30 years? Croxel has only created a handful of the fun accessories and doesn’t intend to sell them en masse, but has also promised to work with, and try to accommodate, anyone who reaches out to them desperately wanting to bring their R.O.B. back from the dead.