Laser pointers: they’re not just for taunting cats anymore. Marine researchers claim that at least some species of wild fish will dutifully chase a laser point on the seabed. And what’s more, this quirk might help scientists better understand how these fish protect their homes.

According to the researchers behind a new study in the Journal of Applied Ichthyology, they’ve noticed for years that certain species of wrasse fish will swim after the lasers that are projected from the instrument (called a sled in marine science) that they use to collect data from the seafloor. But it’s only now that they thought to put this information to practical use studying the populations of wrasse that have started to make their home off England’s Lyme Bay.

“We have been entertained by wrasse chasing our flying array video lasers ever since we built the sled in 2008,” Emma Sheehan, a senior research fellow at the University of Plymouth’s School of Biological and Marine Sciences, said in a statement from the university. “However it was only in more recent years, since the live wrasse fishery has emerged in the south west, that I had the idea that this laser chasing behaviour could be used to assess territory size and inform future sustainable management of these amazing fishes.” 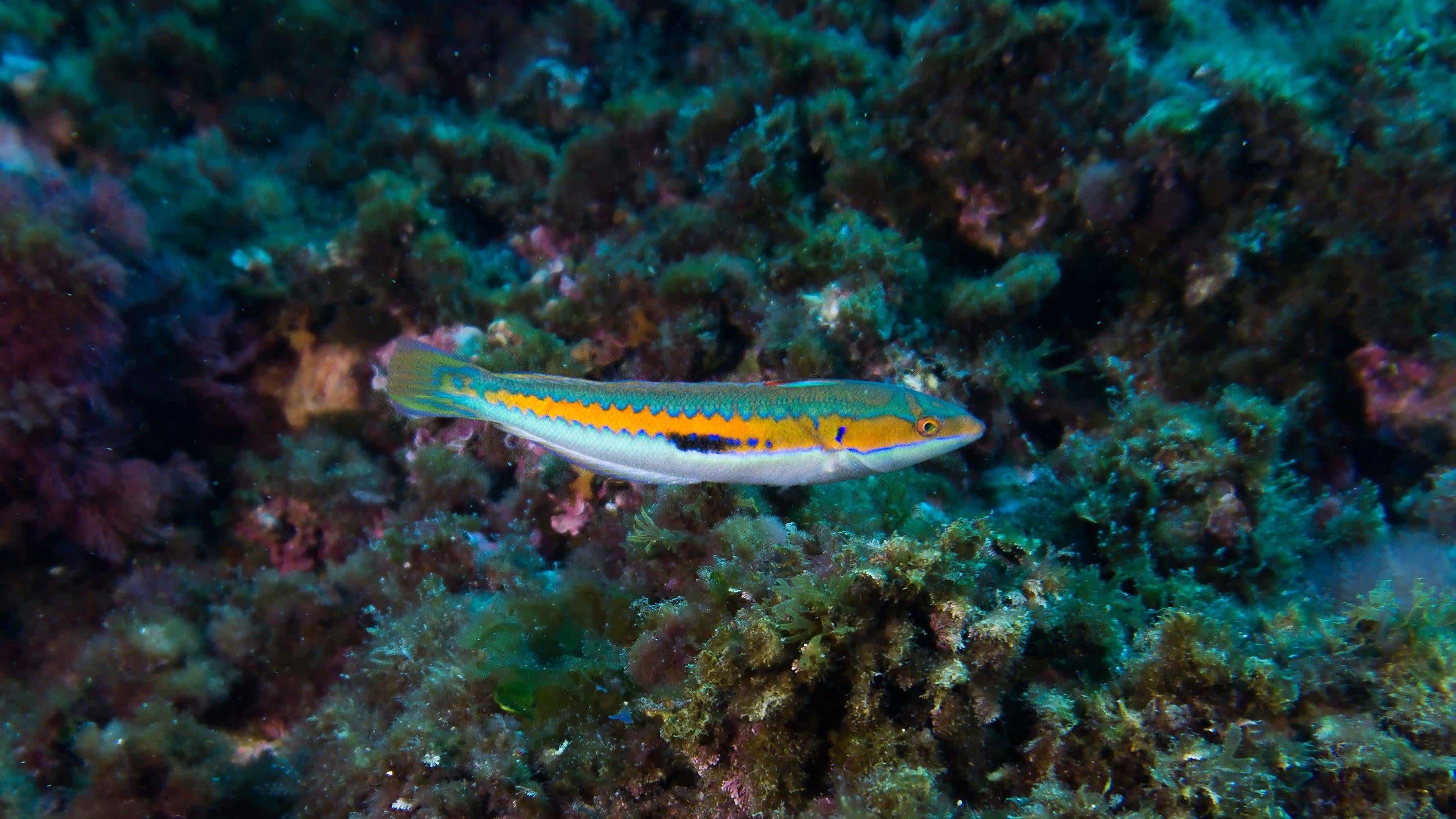 While it’s unclear why these fish are so goaded on by laser points, Sheehan theorised that they see the dot as a threat to ward away from the perimeters of their established home base. So by measuring how far they’re willing to chase the laser, researchers like Sheehan can use that as a proxy for how large their territories are, in a less expensive way than current methods.

In their experiments, for instance, Cuckoo wrasse (Labrus mixtus) were more willing to go after the laser than Goldsinny wrasse (Ctenolabrus rupestris), with some of the Cuckoo wrasse chasing the laser as far as 16 feet. And even within a species itself, there were differences in chase distance noticed between male and female wrasse, as well as between larger and smaller wrasse (larger Goldsinny were more willing to chase the laser, for example).

As far as the researchers know, this is the “first study to explore the spatial aspects of the reactions to an artificial stimulus by wild fishes.” And while wrasse fish are an important animal to study in the waters of England – they’re being used more and more in salmon farming operations because they like to eat the gunk off other fish – it’s possible that laser pointing could be used to study the territories of other species of fish, too.